Accessibility links
'What Keeps You Alive': When You Marry A Killer, The Anniversary Gifts Are Murder In writer/director Colin Minihan's slack but stylish horror thriller, two women visit a remote cabin to celebrate their anniversary; a deadly cat-and-mouse game ensues.

'What Keeps You Alive': When You Marry A Killer, The Anniversary Gifts Are Murder

'What Keeps You Alive': When You Marry A Killer, The Anniversary Gifts Are Murder 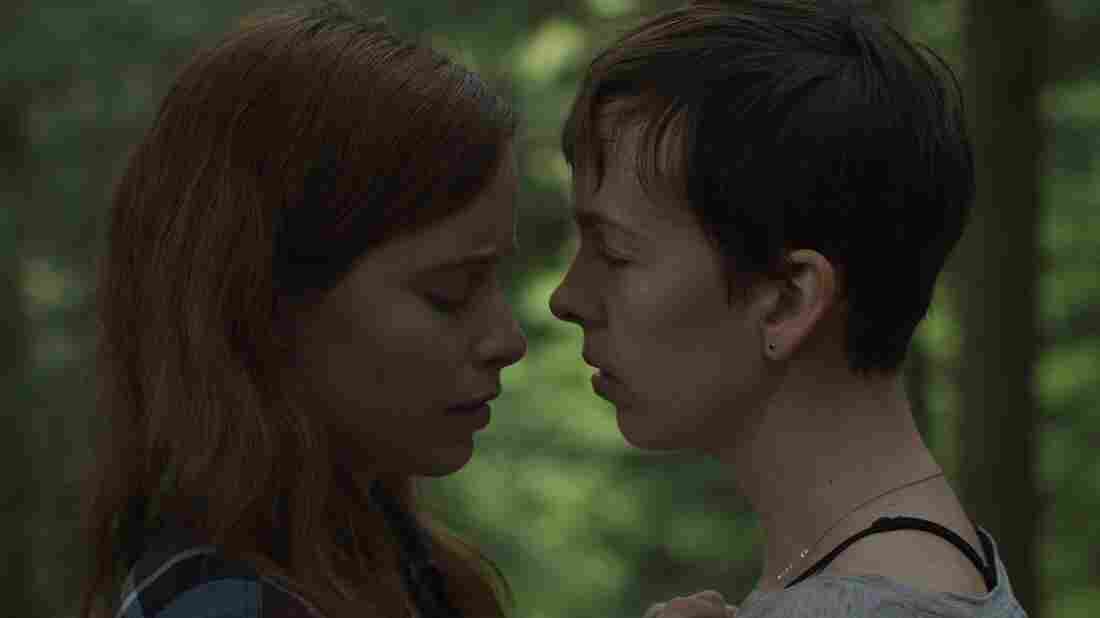 In What Keeps You Alive, Jackie (Hannah Emily Anderson) and Jules (Brittany Allen) head to a cabin in the woods and everything works out fine, because nothing bad ever happens in cabins in the woods. IFC Midnight hide caption 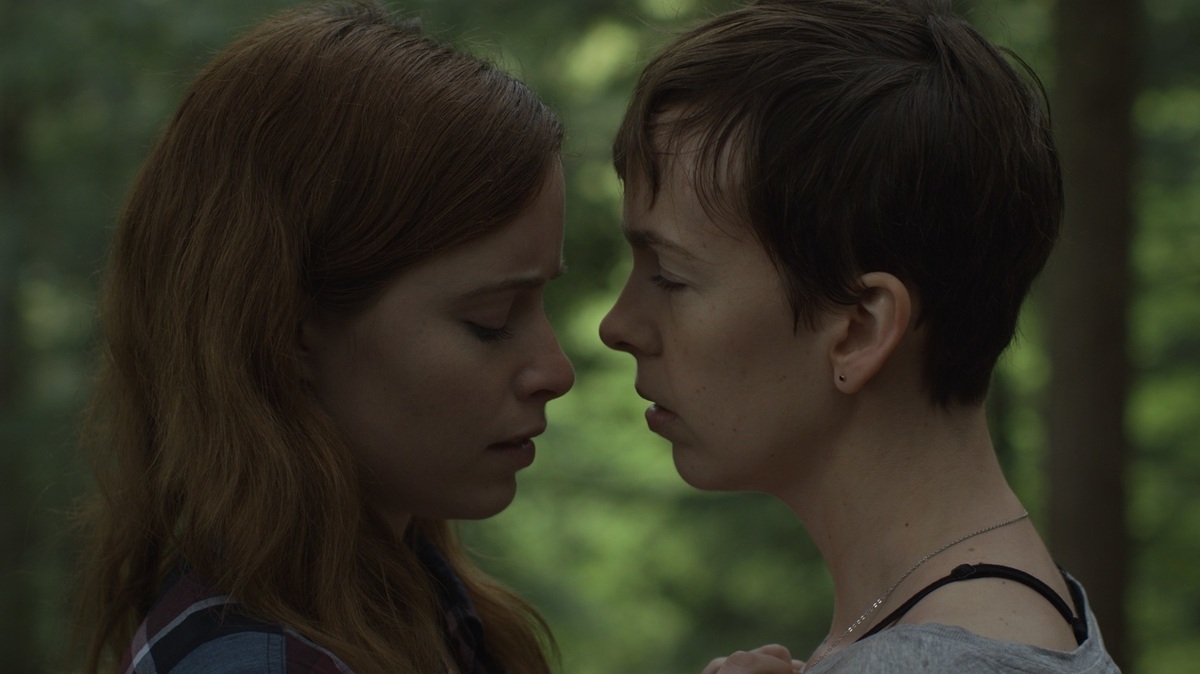 In What Keeps You Alive, Jackie (Hannah Emily Anderson) and Jules (Brittany Allen) head to a cabin in the woods and everything works out fine, because nothing bad ever happens in cabins in the woods.

The cabin in the woods that Jules (Brittany Allen) and Jackie (Hannah Emily Anderson) head to for their one-year anniversary seems even more murder-y than your standard-issue cabin-in-the-woods, which is saying something. There's a shotgun hanging over the fireplace, a handy ax waiting by the woodpile, a nearby cliff just begging for someone to get pushed over its edge, and a deep, dark lake ideally suited to corpse disposal.

It's Jackie's family's cabin, and as first-time visitor Jules gives herself a mini-tour of the place, writer/director Colin Minihan's camera moves with her, supplying the audience with a comprehensive sense of its layout, which will come in handy later.

That audience knows what to expect, of course — knows that Jackie's deeply Chekhovian gun, and axe, and cliff, and lake will all get pressed into bloody service, later on; the fun of horror-thrillers like What Keeps You Alive is in the (literal and figurative) execution.

And when the film stays in and around that cabin, you get a feel for the kind of taut, claustrophobic two-hander What Keeps You Alive wants to be. But Minihan's script keeps sending Jules and Jackie out into the wild, to visit and re-visit the same locations, without ratcheting up the tension between them.

The source of said tension: Jackie is a murderer, and has slated her wife Jules to be her next victim. The film doesn't bother with anything so prosaic as motivation — indeed, Jules' tearful attempts to plumb her wife's sudden, monstrous turn get waved away — but once Jackie's true nature is revealed, it's fun to watch Hannah Emily Anderson trying various human emotions on for size, like they're different hats.

'Cabin In The Woods': A Dead-Serious Genre Exorcism

'The Strange Ones': A Road Trip With An Enigmatic Destination

Minihan injects some intriguing, stylized touches, as when his camera shoots the lake starkly, from far overhead, or when he shows us Jackie carefully cleaning up after a kill, bathed in telltale black light. He stages a climactic stand-off between the two women off-camera, in a clever way I won't spoil here.

We know, of course, that Jules will turn the tables on her tormentor, but until she does, we get a few too many instances of her playing the willing victim. If those instances dosed the film with unbearable, edge-of-your-seat tension, they'd be something to relish. But instead of fiendish reversals and ingenious fake-outs, the script offers up a series of too-similar situations, flatly asserted. At several crucial moments, the film's pacing goes slack where it needs to be tight, which gives the audience time to question Jules' actions, deflating the suspense. (At one point, Jules attempts to escape in a rowboat, causing Jackie to chase her down ... in another rowboat. The utter lack of anything approaching urgency in this set-piece is played for laughs, but that doesn't completely mitigate the fact that it's still a rowboat chase.)

When those tables finally do turn on Jackie, they do so in a satisfying way that rewards viewers who've paid close attention in the first reel — which is, of course, exactly how these things are supposed to unfold.

Of course, for the ending to play out in precisely the way it does, several leaps of logic — I'm talking Olympic-level narrative long-jumps — are required. But so what? In the moment, it scans.

As soon as the lights come up in the theater, and things like reason and coherence reassert themselves around you, that moment, like the film that precedes it, is likely to evaporate from your consciousness. But as it's unfolding, What Keeps You Alive delivers on its promise and serves as yet another reminder that cabins in the woods are to hapless movie characters what sausage grinders are to livestock.