Accessibility links
In 'Support The Girls,' The Script ... Doesn't Regina Hall stars in this comedy set in a chain sports bar where young female servers scramble for tips, but the underwritten screenplay relies on a ceaseless stream of clunky one-liners. 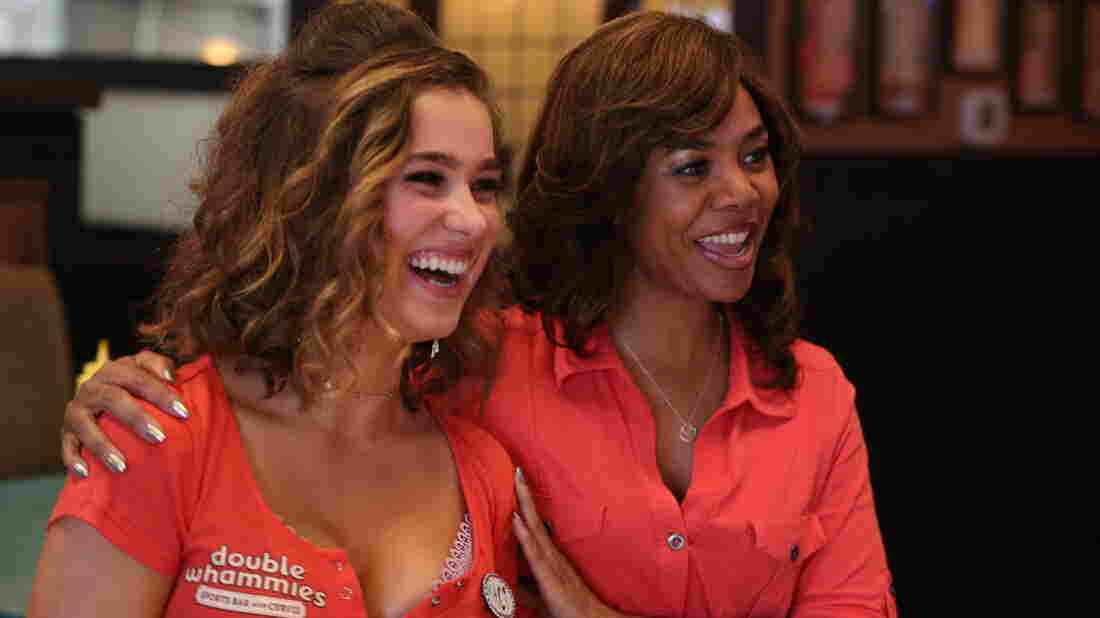 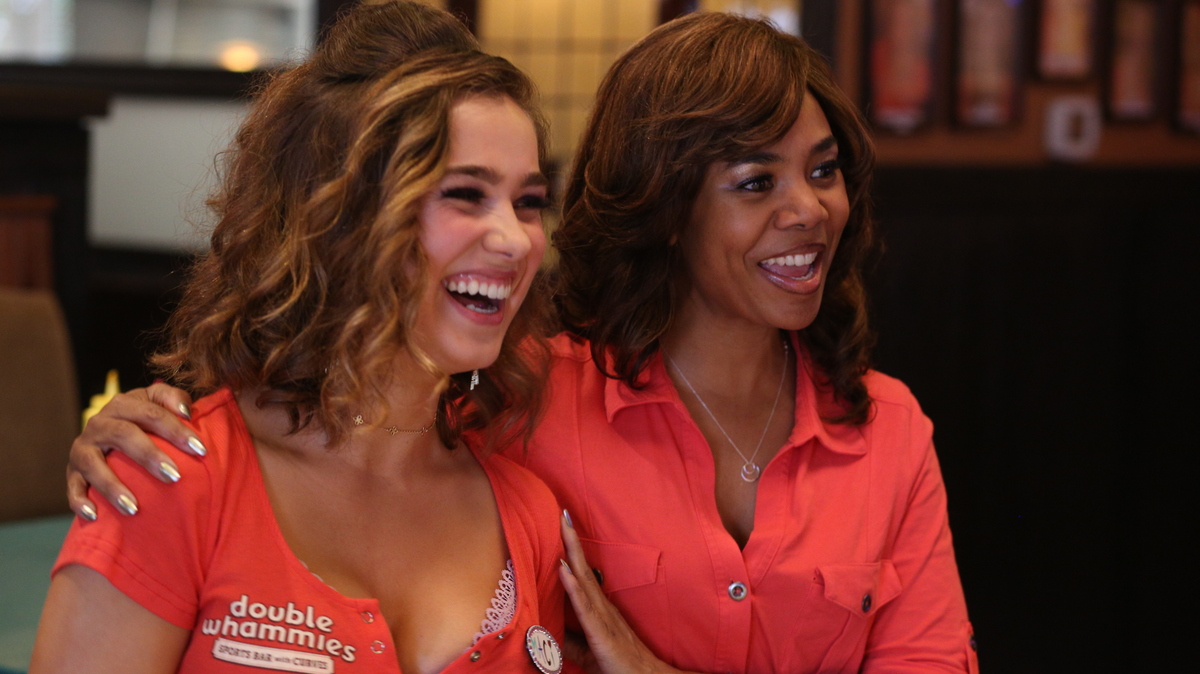 The women who toil at Double Whammies, a Hooters-like sports bar along some Texas highway, deserve better. So do the actresses who carry Support the Girls, a sometimes winning but fatally underwritten workplace comedy.

Writer-director Andrew Bujalski doesn't skimp on complications in a story that's set mostly in a single day. Benevolent, highly competent manager Lisa (Girls Trip's Regina Hall) arrives at work in tears because of her failing marriage. Entering the boobs-burgers-and-ESPN restaurant, she discovers that someone is trapped in a HVAC vent. She calls the cops, but is more focused on arranging an unauthorized car-wash fundraiser for one of her waitresses, who's in a bind after assaulting her abusive boyfriend.

Lisa's underdressed lieutenants are Danyelle (Shayna McHayle), who arrives at work with an ill son in tow, and Maci (Haley Lu Richardson), who's almost frighteningly bubbly as she bends the rules about fraternizing with customers. The African-American manager grudgingly follows the policy that no more than one black woman be booked per shift, while playing surrogate mom to a flock of sometimes foolish, barely-20-something waitresses. In general, it seems, the half-bare servers are more trouble than the leering patrons.

While Lisa regularly repeats the corporate mantra that Whammies is a family restaurant, the only actual family seen dining there looks utterly out of place. The regulars are overwhelmingly male, although one of the most faithful is a lesbian (self-described "butch" comedian Lea DeLaria) who's ready to brawl to protect her favorites among the wait staff.

Self-Improvement Gets Romantic In 'Results'

For the customers, the worst thing that happens this day at Whammies is that the cable TV goes out. Lisa has a few other situations to defuse, notably conflicts with the eatery's ineffectually belligerent owner, a man with the suitably child-like name of Cubby (James Le Gros). He resents Lisa for handling problems, however capably, without consulting him. He's also worried about a new outpost of a national chain, Mancave, that serves up a slicker version of Whammies' formula.

These events are energetically staged, with only a few episodes that don't pay off. What's lacking is dialogue that's even half so lively as the action. Bujalski is known as a founder of "mumblecore," a fleeting indie-film movement that specialized in young characters who can't or won't communicate. There are echoes of that genre in a few brief scenes that show Lisa alone with her thoughts (and, in one case, a crow).

Most of Support the Girls, however, features rapid-fire lines that rarely score a hit. Sometimes Bujalski resorts to gags like "you are the wind beneath my buffalo wings," and has the actors deliver them as if the joke is that they're — true enough — not very funny. (Neither is the film's double-entendre title.) It's telling that the movie's final moment, though far from quiet, is wordless.

The director gets nice moments from more than a dozen performers, but Hall is the ensemble's engine. She moves with poise and purpose through the restaurant's public and private areas — negotiating a sort of Upstairs, Downstairs in which there are no aristocrats. Everyone scuffles for tips in this greasepit burlesque, which boasts plenty of pink-collar solidarity but considerably less wit.