'The Bookshop': A Caustic Tale of Clashing Sensibilities Gets A Too-Gentle Treatment

'The Bookshop': A Caustic Tale of Clashing Sensibilities Gets A Too-Gentle Treatment 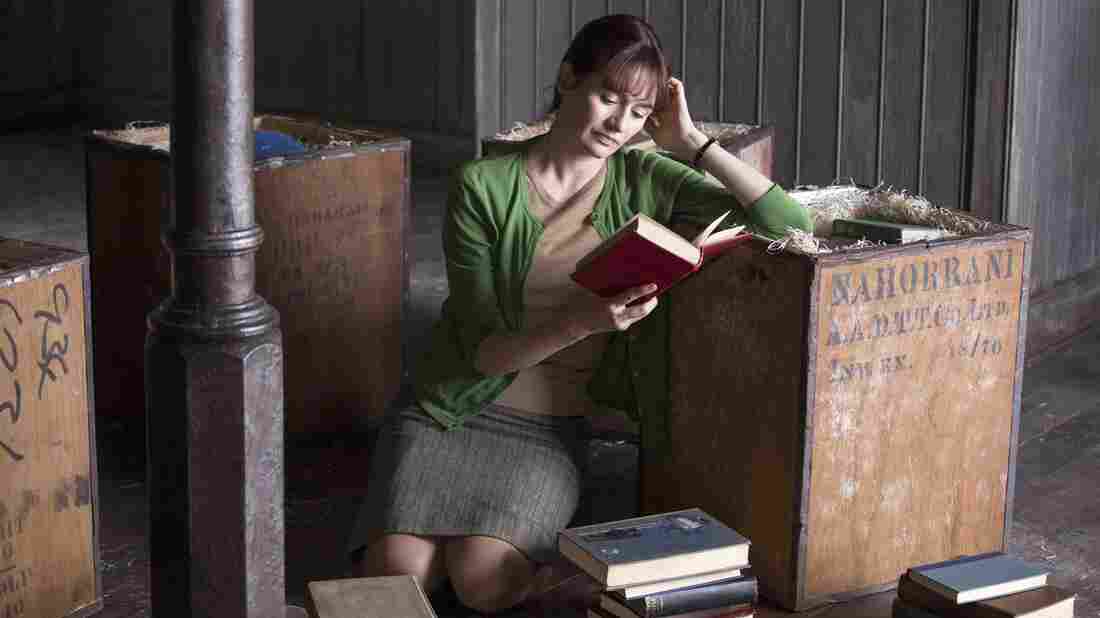 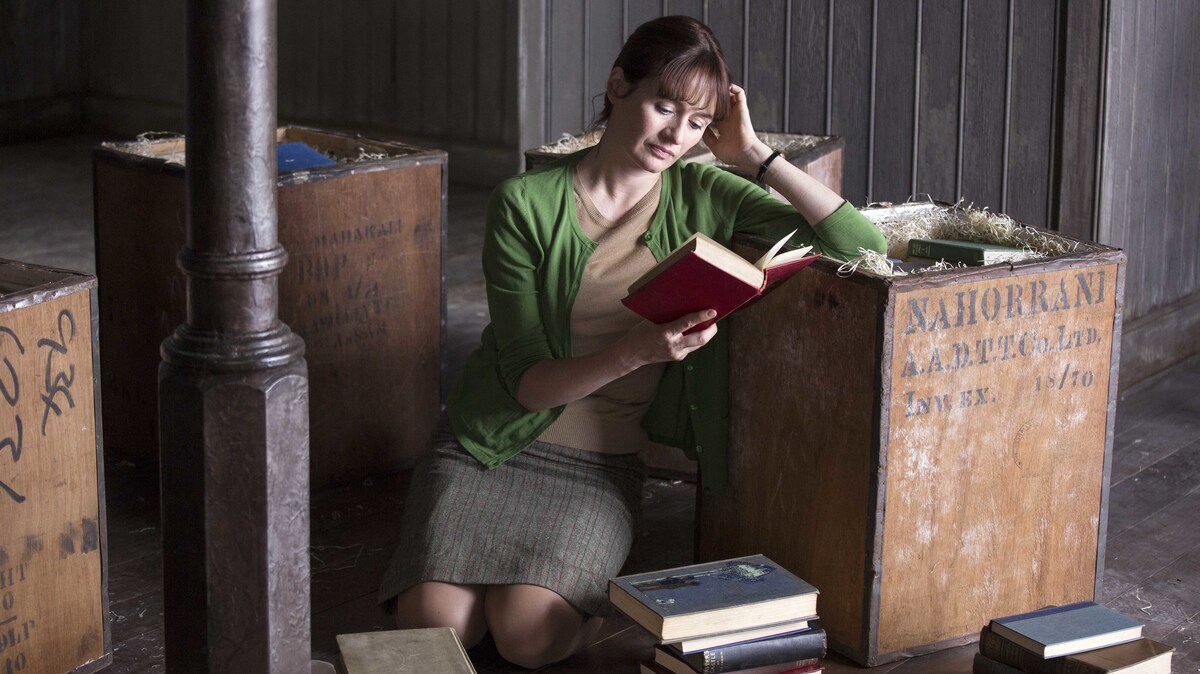 Florence (Emily Mortimer) unpacks her inventory in an adaptation of Penelope Fitzgerald's 1978 novel The Bookshop.

In 1978, embarking on a career at the ripe age of 58 that would earn her a raft of literary prizes, the British novelist Penelope Fitzgerald published a wonderfully tragicomic tale, short-listed for the Booker prize, about a 1950s middle-aged war widow who wakes up one day and decides to open a bookstore in her fog-bound East Anglian fishing village. The Bookshop's plot turns on all the locals who mobilize to thwart Florence Green, and a stalwart few who come to her defense.

If that sounds to you like a distended episode of the cozy British series Doc Martin, think again. Fitzgerald cultivated a particularly British appreciation for the futility of most human endeavor and a sharp eye for the destructive abuse of power and status. Based on her own experience working in Suffolk bookshop, her characters may seem like textbook amiable eccentrics. But they carry a dangerous edge when either gifted with too much power or cursed with too little, and she could distill a person's essence with devastating economy. Here's a characteristically sly little stealth-bomb that tells us all we need to know about a minor-but-significant meddler in the novel, who lands Florence in a heap of trouble. "His fluid personality tested and stole into the weak places of others until it found it could settle down to its own advantage."

For Students Of 'Freddie,' Drama Onstage And Off

'Learning To Drive' On Well-Traveled Roads

That sentence doesn't make it into Spanish writer-director Isabel Coixet's adaptation (one feels for her — culling from Fitzgerald's unfailingly crisp takedowns must have proven a challenge), but that meddler does. Played with delicious smirk and swagger by James Lance, Milo North is an empty vessel, a sometime television personality and interferer-for-hire with nothing better to do than take orders from the village's moneyed dame, Violet Gamart (Patricia Clarkson, grandly waving bejewelled wrists to indicate refinement and taste), a reptile in dowager's clothing who means to open a vaguely defined "arts center" in the dank old hulk of a house that Florence already occupies as she stocks up for her grand opening. Undaunted, Florence — played by Emily Mortimer in buttoned up florals, braids wound around the head, and a kindly, tentative smile — forges ahead, growing ever bolder in her literary tastes and doing rather well until a window display of Nabokov's Lolita gives her enemies the opening they've been angling for.

Coixet has a lyrical sense of place, and she has made a charming, well-acted adaptation that ably conjures visual pleasure out of the written word and evokes Fitzgerald's love of art and her prescient elegy for the brick-and-mortar literary bookstore. But the movie is seriously weakened by its commercial anxieties, notably Coixet's unwillingness to trust the audience to take on Fitzgerald's more hard-headed insights into less savory quarters of the human psyche.

Where Fitzgerald's Suffolk is up to its ears in salt, damp and riddled with mold, Coixet's landscape comes larded with scenic ocean vistas and waving grasses. She turns a manifestly literary comradeship into an unlikely love story between Florence and Mr. Brundish (Bill Nighy, a deadpan delight as always), a wealthy recluse with a killer reading habit and a soft spot for the intrepid bookseller who introduces him to Ray Bradbury. The pale but savvy, working-class little girl (a very good Honor Kneafsey) who comes to help out Florence in the store is made over with a posh accent and a fetching mass of Annie-style curls. Worse, Coixet has further tinkered with the plot to wedge in some fairly preposterous revenge plotting and a marketable voiceover from a famous British movie star matched to the age demographic.

Such adjustments add up to a softening of Fitzgerald's spirit of astringent inquiry, nudging it into Masterpiece Theatre territory that would have made the tough-minded author wince. For Fitzgerald and many of her generation of Brits, dogged perseverance was its own reward, a cardinal virtue no matter what the outcome of the struggle. Florence Green embodies Fitzgerald's respect for courage under adversity. But The Bookshop is unequivocally a book about failure under the pressure of power, status, and influence. Force-feeding vengeance and victory into a parable that calls for neither, Coixet tailors a quintessential English story into a palatable tale for the American market