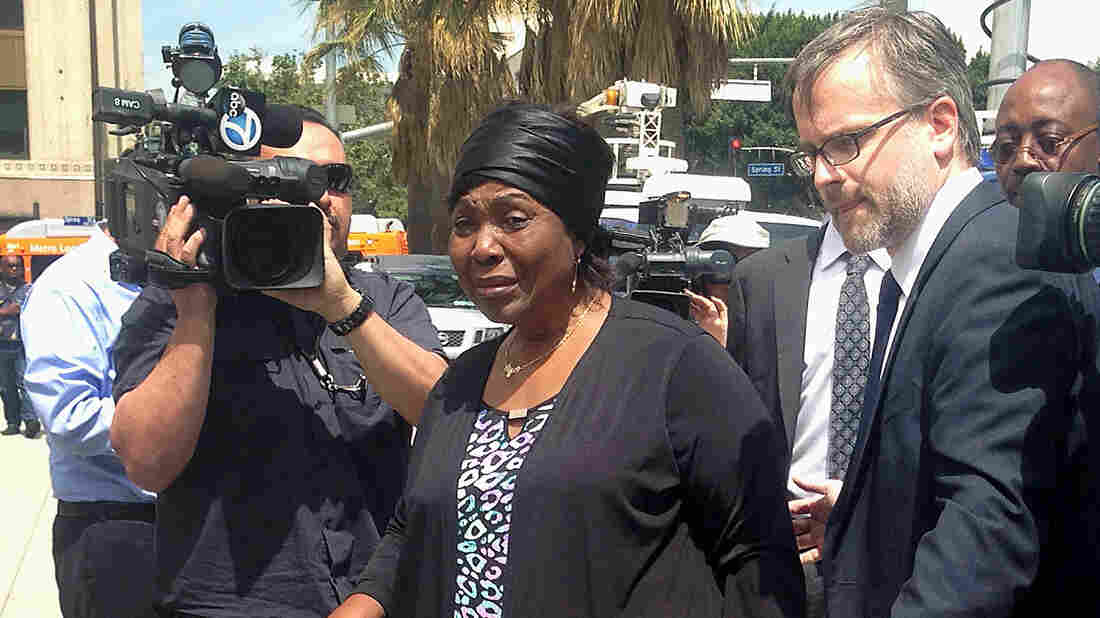 Heleine Tchayou, center, the mother of Charly Leundeu Keunang, a homeless man who was shot and killed during a confrontation on Skid Row by Los Angeles police, arrives at a news conference in Los Angeles in 2015. On Tuesday, the Los Angeles City Council approved a $1.9 million settlement with Keunang's family. Tami Abdollah/AP hide caption 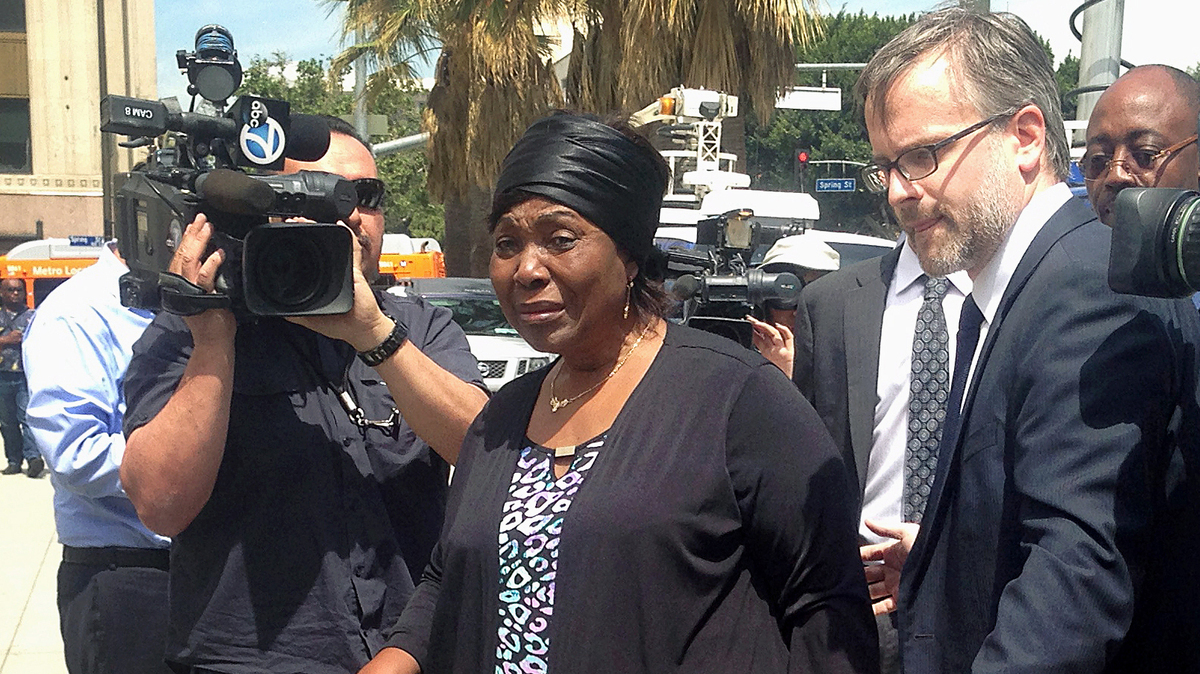 Heleine Tchayou, center, the mother of Charly Leundeu Keunang, a homeless man who was shot and killed during a confrontation on Skid Row by Los Angeles police, arrives at a news conference in Los Angeles in 2015. On Tuesday, the Los Angeles City Council approved a $1.9 million settlement with Keunang's family.

The Los Angeles City Council on Tuesday approved a $1.95 million settlement for the family of a homeless man who was fatally shot by police in a botched arrest on Skid Row.

Southern California Public Radio's Frank Stoltze reported, "It is the first case in which the LAPD officer's body cameras captured the fatal shooting of a suspect."

Keunang's family sued the city in federal court. In May, a jury found two of the three officers liable for the fatal shooting. The City Attorney recommended a settlement amount following the civil trial and on Tuesday, the City Council voted to approve the payment.

"In this case it was really critical that we achieved a jury verdict," Joshua Piovia-Scott, an attorney representing the family, told NPR.

He said in most officer-involved shooting cases the defendants --the LAPD in this case-- tend to settle, however, in this instance, "they refused because they thought the jury would agree that the officers had done nothing wrong."

"But that's not what happened," he continued.

The jury found that the officers had used excessive force and that they had violated Keunang's constitutional rights. "They sent a powerful message that we expect police officers to safely exhaust all avenues short of using deadly force" regardless of a person's position in society. Keunang was in the country illegally from Cameroon.

On the day of the incident officers were responding to a call about a robbery. When they approached Keunang for questioning outside of his tent on the sidewalk the situation quickly escalated and turned deadly.

The shooting was captured on video by bystanders, making national headlines and prompting days of protests.

An investigation by the police commission inspector general eventually ruled the officers' use of force was justified. They concluded that Keunang, who went by the nickname "Africa," had reached for an officer's holstered gun.

The Los Angeles Times reports all three of "the officers who fired that day are back in the field."

"In this situation, force was necessary because of the violent behavior of the suspect who attempted to physically harm and evade the responding officers dedicated to protecting the safety of the public," the LAPD said in a statement in May, according to the LA Times.

The police killing became a flashpoint in the national debate over alleged excessive force by law enforcement, and sparked cries for better officer training and instruction in deescalating volatile situations, especially when interacting with mentally ill citizens.