Accessibility links
Ohio State Suspends Football Coach Urban Meyer For 3 Games Meyer's sanction comes along with a more than two-week suspension for Athletics Director Gene Smith over their response to allegations of domestic abuse against a former assistant coach. 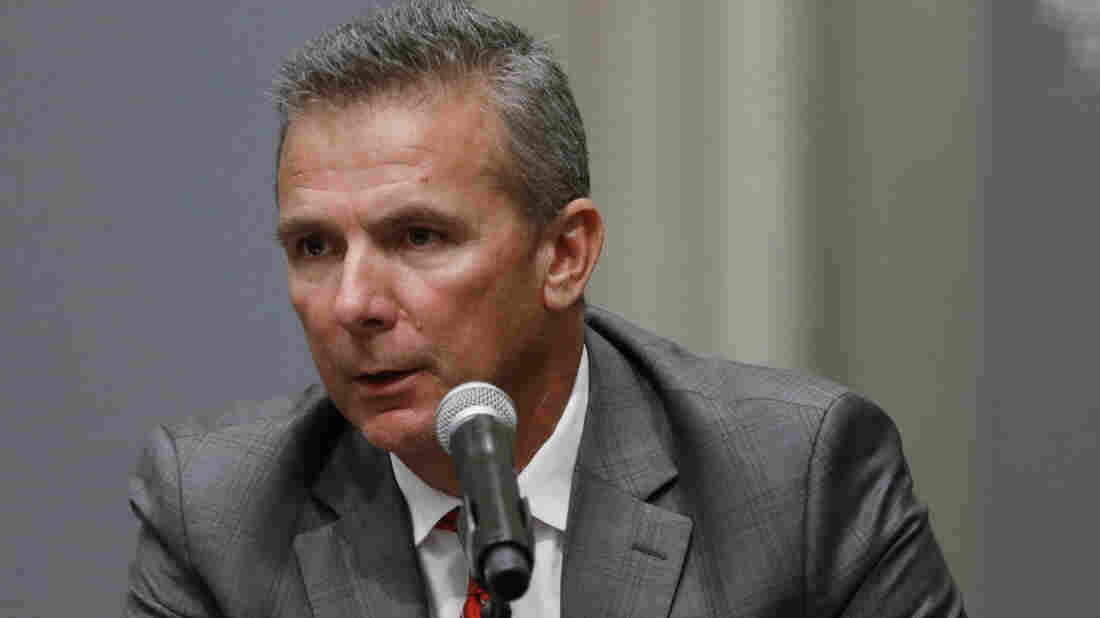 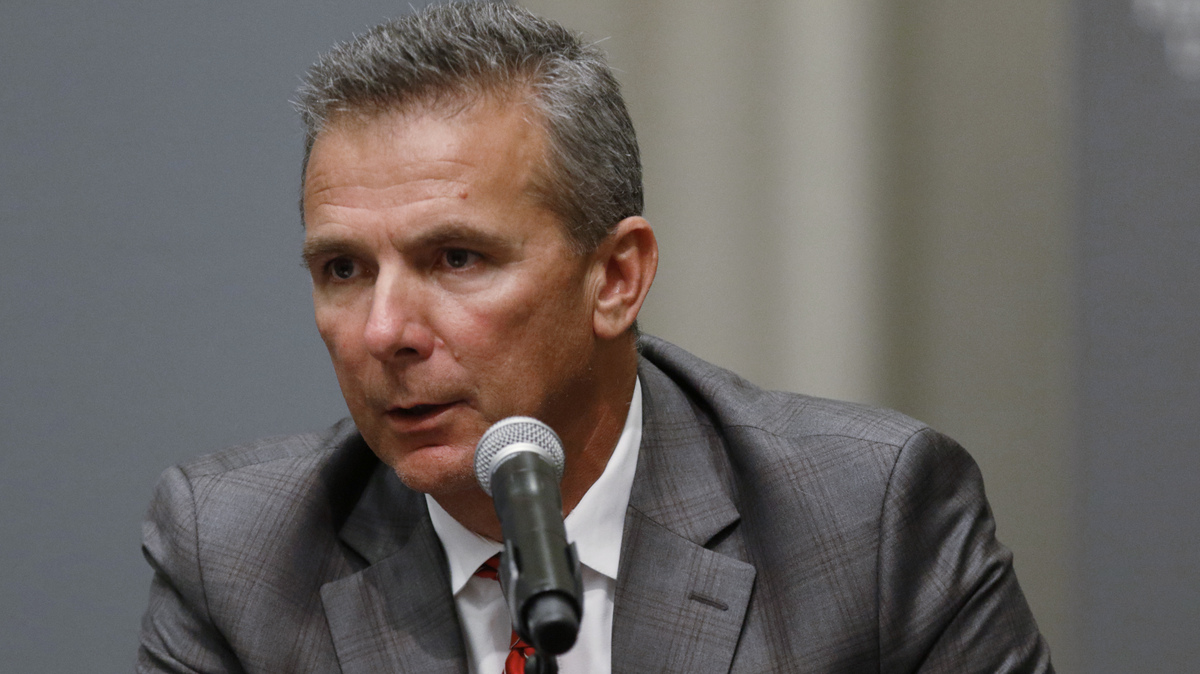 Ohio State University says it is suspending Head Football Coach Urban Meyer along with Athletics Director Gene Smith in response to how the two handled allegations of domestic abuse made against an assistant coach.

Meyer fired Zach Smith, an assistant coach, on July 23 after learning of reports that Smith's ex-wife Courtney Smith had been given a domestic violence civil protection order against him a few days before.

The head football coach, who led Ohio State to a national title in the 2014 season, will lose six weeks of pay and be suspended for three games in September. He's been on paid administrative leave since Aug. 1. Smith will be suspended without pay from Aug. 31 through Sept. 16, OSU said.

"I'm fully aware that I'm ultimately responsible for the situation that has harmed the university as a whole and our university athletics program. I followed my heart, not my head," Meyer said at a news conference Wednesday, according to member station WOSU. "I should have done more, and I am sorry for that."

The school brought on as lead investigators the former SEC Chair and federal prosecutor Mary Jo White, along with David Sarratt of the law firm Debevoise & Plimpton, who released a 23-page report Wednesday on their findings.

Investigators said Zach Smith had a history of "misconduct and other problematic, or at least questionable, behavior," and Meyer was aware of some of it. Among their findings was that Smith was arrested in 2013 for impaired driving and he spent hundreds of dollars at a strip club on an out-of-town recruiting trip in 2014.

OSU said both Meyer and Gene Smith had a "good faith belief that they did not have sufficient information to trigger a reporting obligation or initiate a disciplinary action against former assistant coach Zach Smith in the absence of law enforcement action."

The two "believed Zach's denials and relied on law enforcement or court action to rebut those denials," which falls short of what the university calls a "Respect for Women core value."

Investigators said Meyer's statements to the media about Smith were inaccurate, but fell short of engaging in a "cover-up" to keep Smith on staff. "He clearly misspoke and made misstatements, but the reasons that happened are complex. Coach Meyer did not, in our view, deliberately lie," the investigators wrote.

Zach Smith was arrested in 2009 in Florida for aggravated battery on a pregnant female — Courtney Smith — but no formal charges were filed. Investigators say he was not arrested or charged with domestic violence between 2010 and July 2018, though he is contesting the domestic violence civil protection order that was issued on July 20.

OSU said investigators interviewed more than 40 witnesses and reviewed thousands of documents during the two-week investigation.

Their report recommended that OSU clarify its reporting requirements in regard to claims of domestic violence and sexual misconduct, which the school said it would do and also said it would add additional training.