Accessibility links
New Details Reveal Tension, Disputes Within Jury In Paul Manafort Trial A juror said a lone holdout prevented Paul Manafort from being convicted of all 18 charges against him. Newly released transcripts detail the drama in the jury room. 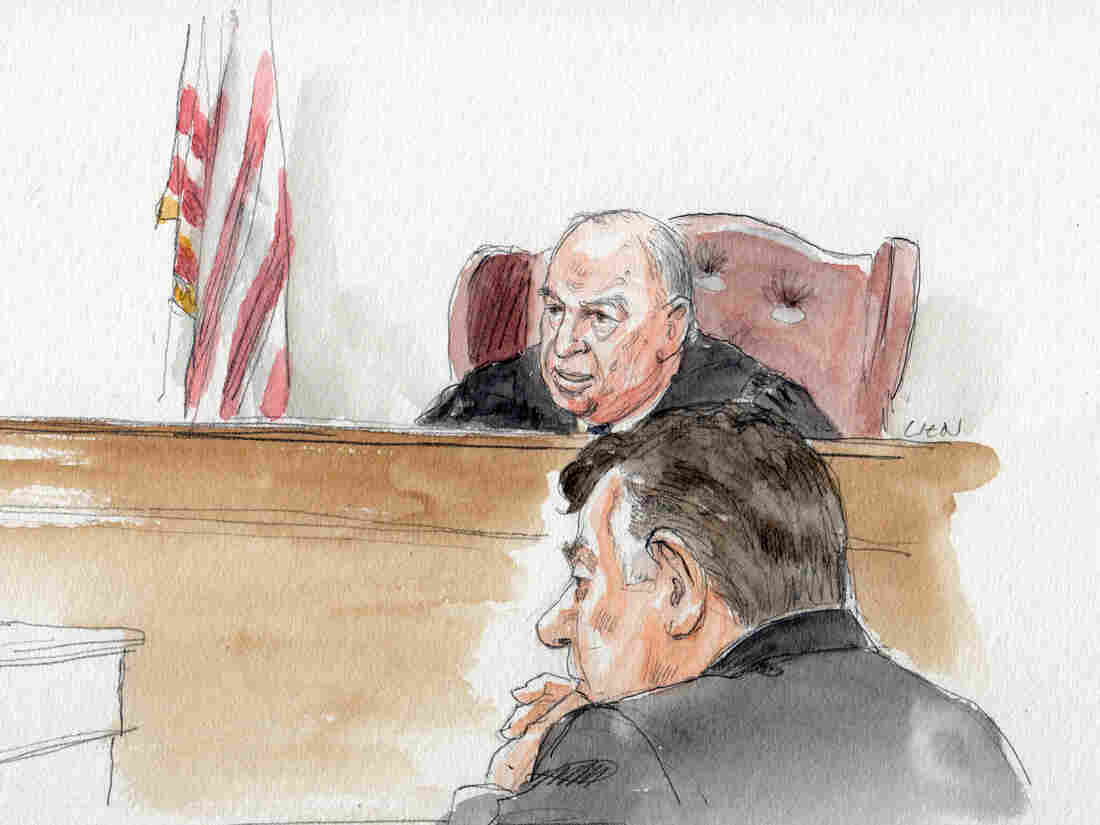 New details have emerged about exchanges behind the scenes involving the jury in Paul Manafort's case and Judge T.S. Ellis III, seen in this courtroom sketch. Art Lien hide caption 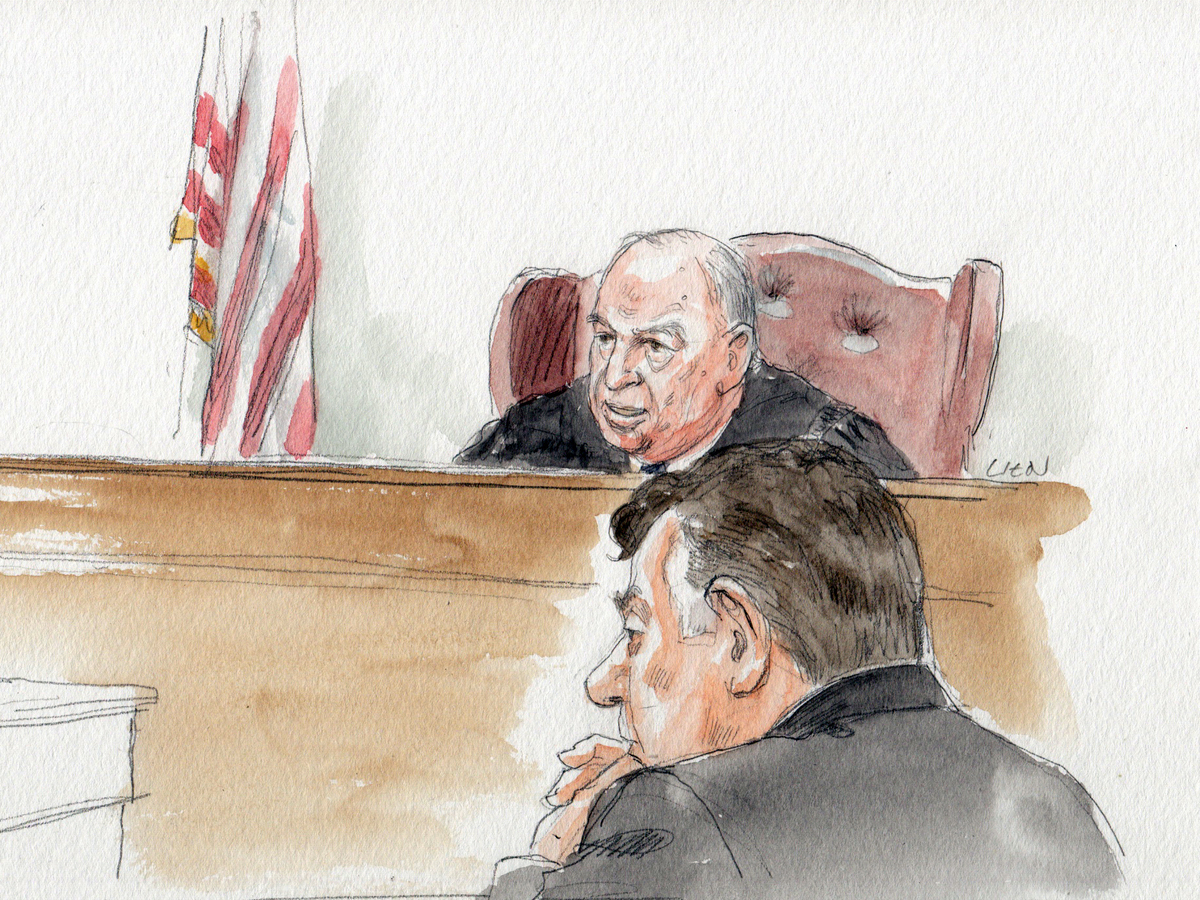 New details have emerged about exchanges behind the scenes involving the jury in Paul Manafort's case and Judge T.S. Ellis III, seen in this courtroom sketch.

Court documents unsealed on Thursday reveal that a single holdout on the jury prevented Donald Trump's former campaign chairman Paul Manafort from being convicted of all 18 charges facing him this week.

Jurors concluded that Manafort was guilty of eight counts in the case. The newly revealed jury verdict form has handwritten notes of "no consensus 11 to 1" on the other 10.

The judge in the case declared a mistrial for those 10 counts and the Justice Department has until next week to decide whether to retry Manafort on them or let the matter rest with the existing convictions.

The disclosure bolsters the case brought by special counsel Robert Mueller, whose team has been criticized by President Trump and his allies as being filled with "angry Democrats" conducting a "witch hunt."

The release of the verdict form followed an interview with one of the jurors, Paula Duncan. Duncan told Fox News that she supports the president but documentary evidence against Manafort in the 16-day trial had proved overwhelming.

Duncan spoke out as new details about drama within the jury room emerged through the release of previously sealed transcripts in the case.

Behind closed doors, Manafort defense lawyer Kevin Downing moved unsuccessfully for a mistrial, according to the transcripts, which describe how one of the jurors reported another for allegedly making remarks about the weakness of the defense case before all the testimony had concluded.

Manafort declined to offer any of his own witnesses in his defense, which is his constitutional right.

The juror's report prompted a flurry of action among the judge and the lawyers for both sides, conducted over a period of days outside the hearing of the jury or the spectators in the courtroom.

The transcripts indicate that Judge T.S. Ellis III initially took the step of interviewing two of the jurors: the one who complained and the subject of the complaint.

The juror who blew the whistle is a woman who was described by the judge as a scientist.

The judge said she raised concerns about another woman who allegedly said of the defense: " 'They didn't — they couldn't have much to present.' And I reminded her that we have not heard from everyone in this case," the juror said, according to the transcript.

The juror continued, saying "that we need, of course, to keep an open mind. It is our responsibility as a jury to hear everything and then reach our own conclusion."

The juror who made the complaint said other jurors were talking in the same way too, making "general remarks," according to the transcript.

"And yesterday we had — when we were in — and somebody brought up something political," that juror told the judge. "And I said, 'We're not doing this,' " the juror said. "And they said, 'Well, this is not a political case.' I said, 'It doesn't matter. Just stop, because I said so. Because we're not doing this. It's not appropriate.' "

The juror who was reported later told the judge she had not declared the defense was weak and that she was able to keep an open mind and understood that Manafort enjoyed the presumption of innocence. 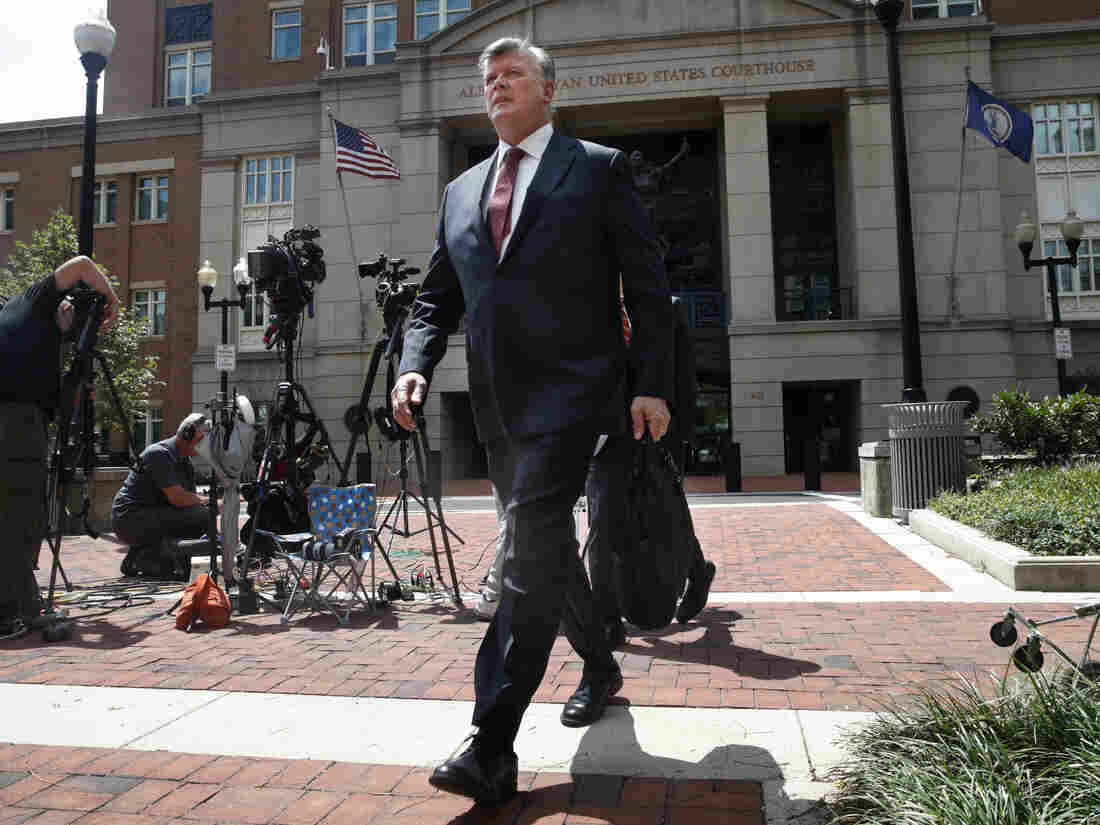 Kevin Downing, an attorney with the defense team for Paul Manafort, moved for a mistrial in his case over jury disputes — but the judge did not agree. Jacquelyn Martin/AP hide caption 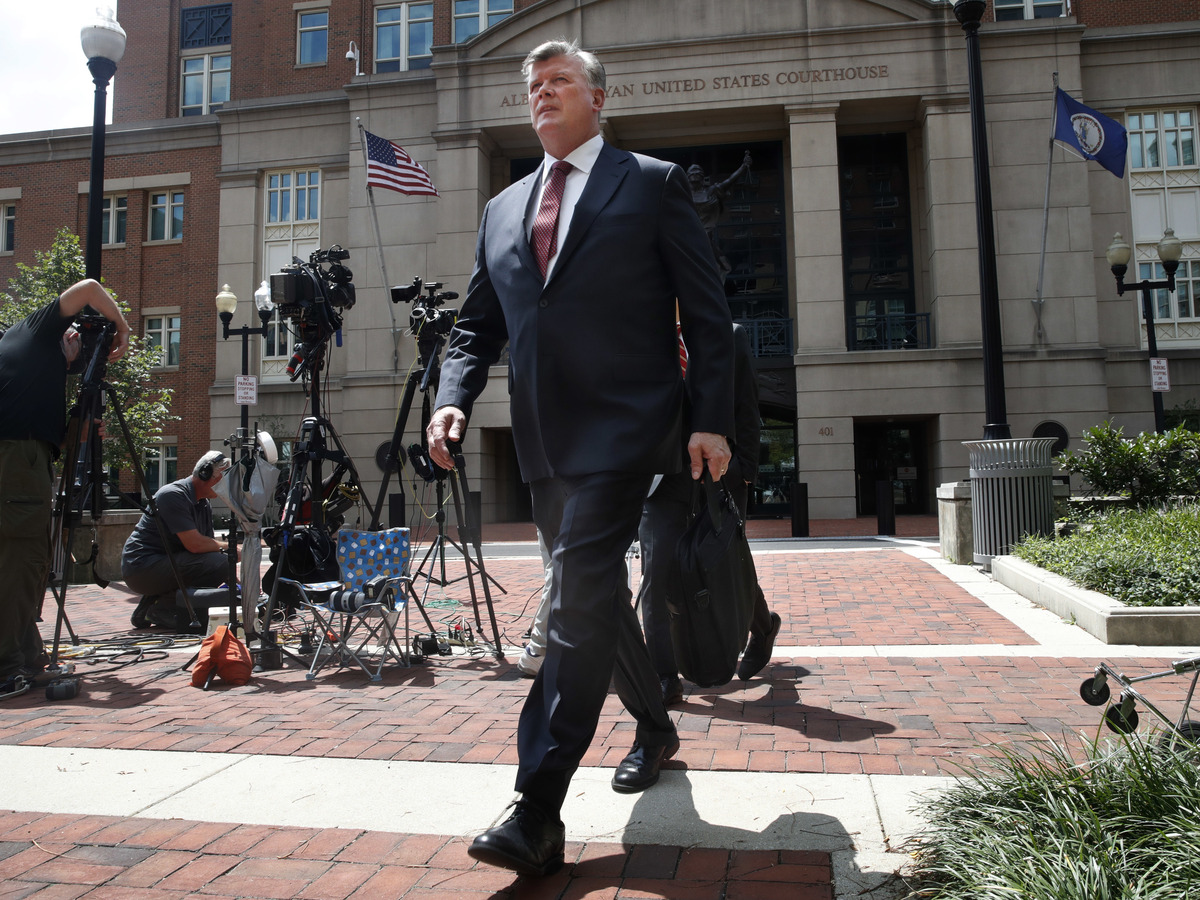 Kevin Downing, an attorney with the defense team for Paul Manafort, moved for a mistrial in his case over jury disputes — but the judge did not agree.

Manafort's lawyers were undeterred. They contended that the case shouldn't go forward. Eventually, the judge questioned every juror about whether he or she had conducted premature deliberations and had already made up his or her mind about the case.

The jurors all said no, they had not.

The defense team has suggested it may appeal or ask for a new trial, although Downing told reporters after the verdict that Ellis had ensured Manafort received a fair trial.

Mark MacDougall, a longtime criminal defense lawyer in Washington, said the judge in the Manafort case "followed the rulebook" when he questioned the jury.

"Once he had satisfied himself that the panel had not been tainted, it was appropriate for him to continue with that jury," MacDougall told NPR. "This is not unusual in lengthy trials and — given the facts in this case — not a strong issue on appeal."