Accessibility links
Syd Isn't Rushing Her Moment : It's Been a Minute with Sam Sanders It's Tuesday: Sam talks to Syd, a breakout star of the hip-hop collective Odd Future, about her new band, The Internet, and about being free to bring herself to the music. Tweet @NPRItsBeenaMin with feels or email samsanders@npr.org. Tickets to our October 2 live show in LA are at kp.cc/IBAM. 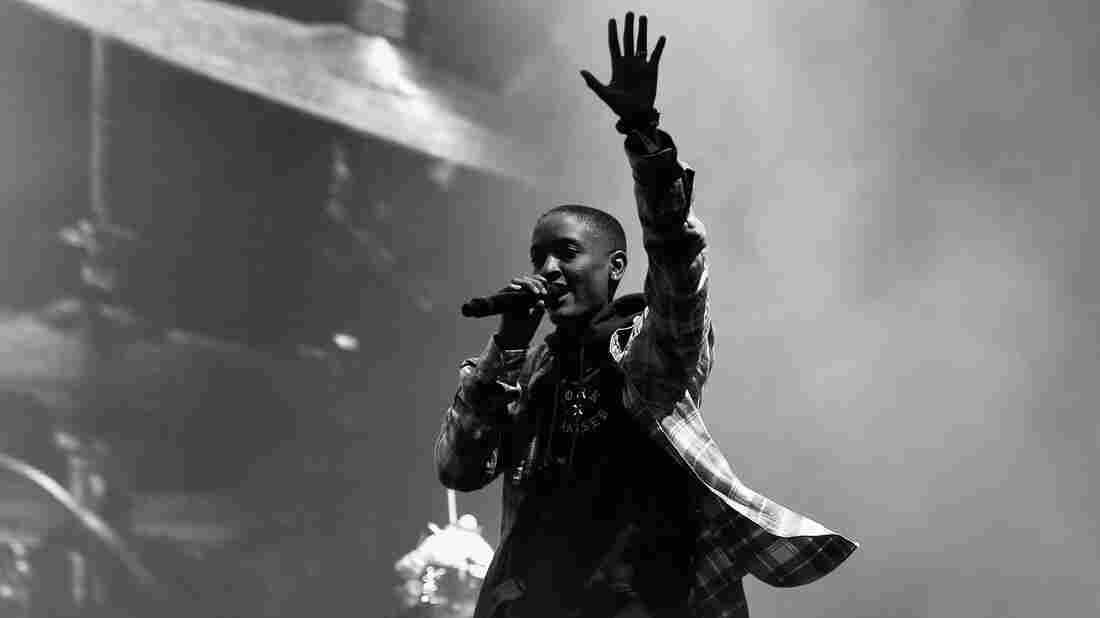 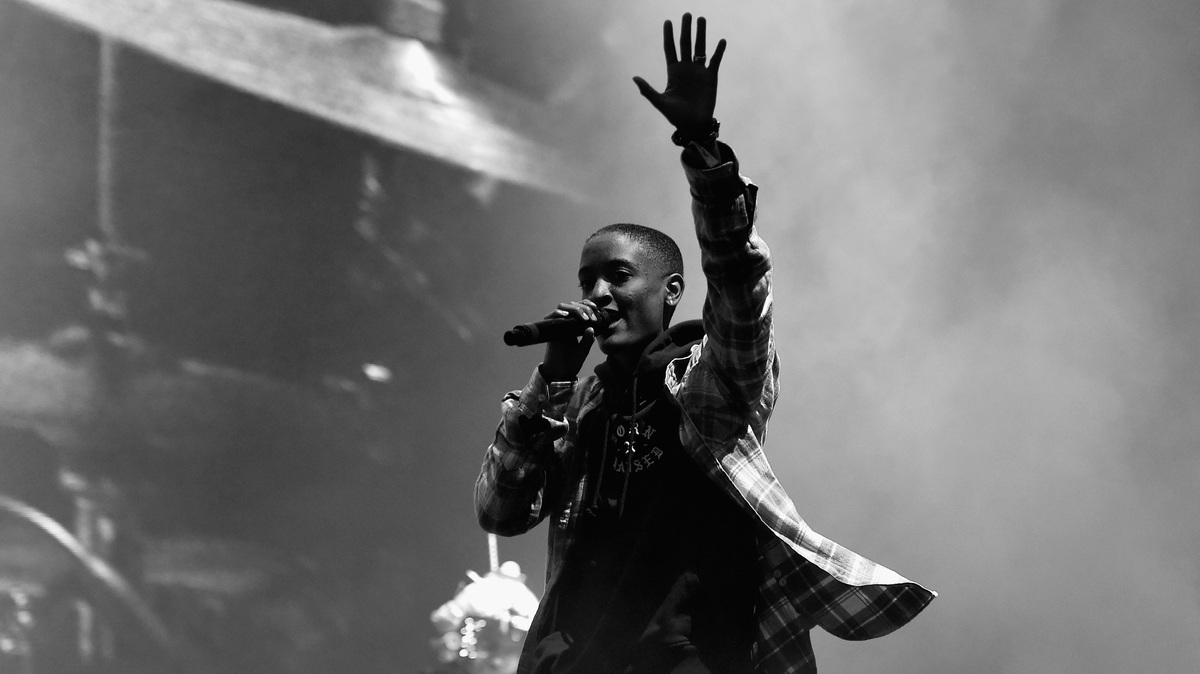 When the hip-hop collective Odd Future broke onto the music scene in 2008, they looked and sounded like a group of rowdy, young boys. OF's rambunctious, juvenile and clownish behavior is part of what shaped the group's independence and authenticity, which quickly attracted loyal fans and attention from the media.

But as the group rose to prominence, critics started to take issue with its lyrical content. Songs, especially by the crew's leader, Tyler, The Creator casually threw around slurs like 'faggot' and described heinous acts of violence and rape. Odd Future used profanity in it lyrics the way kids talk in the hallways in high school — with an invincibility that only young people can feel. It reminds me of a younger age when words seemed inconsequential.

But when you're famous, you're not invincible, and words aren't inconsequential. People wanted answers. The media honed in on Syd (then known as Syd tha Kyd), Odd Future's DJ. In a group that was an enigma, she was the biggest question mark. She was the only female member and people speculated about her sexuality. So she was asked, over and over, to explain her association.

But it wasn't like Syd to be the center of attention for a group in which she occupied a shy, background role. So the media inquiries turned hostile. There were countless interviews of her deflecting questions about her sexuality.

Fast forward five years and the media mess has simmered down for a number of reasons. First, Odd Future is no longer actively touring together. Secondly, Syd now leads her own band, The Internet, which consists of Odd Future members Matt Martians and Patrick Paige. Leading the band has allowed her to grow into herself as a producer, songwriter and singer. The musicality of the band's tracks are what warrant attention, not profane lyrics. The Internet's fourth studio album Hive Mind, released earlier this year, displays a level of mature cohesiveness and fluidity that denote a stepping stone in the band's catalog. Syd herself describes the project as "flowery and breezy," similar to her hometown of Los Angeles.

"It just gives me a reflective vibe," she says. "Reflecting on just where we are as a human race."

And third, the music scene is different. Being queer in hip-hop is no longer such cause for interrogation. There's more time to simply talk about her music, which is what she always wanted.

Still, as a successful engineer, leader of a band of men, a woman singing openly about loving other women, Syd is a pioneer — whether she likes it or not. As Jenna Wortham wrote in The New York Times in 2016, "She can't avoid it — there is virtually no one else like her in the public eye."

At 26, Syd is also an adult now. She's a leader. While the attention for her sexuality might have threatened the fragile space she carved out for herself in the back of a hypermasculine group of boys, now she looks untouchable at center stage.

We rented this house in Agoura Hills. We were just all living there for like a week. We'd go to the grocery store and Chris [Smith]'ll bake some chicken and Matt [Martians]'ll make some pasta and we'll invite a couple friends over and just live for a week.

Honestly for the first five days, we didn't make any music. We just played laser tag and listened to music really loud and it was fire. We really are friends in real life. I'm really grateful for that because throughout my whole childhood I've always been slightly an outcast in a lot of the circles that I have found myself in and, like, I'm just slightly shy.

On her mother accepting her

When I was, like, around 18 that's when I kind of started wearing more boys clothes. And she didn't have a problem with me being gay at all, I think — I'll let her speak for herself when I get home — but I think that she had built this idea in her head of having two daughters in the future and going shopping with them and dressing them up in girls clothes when they were younger and stuff and I was never into that. I mean now she accepts me for who I am. She's like my biggest fan. And she's the only one I think who's like truly honest with me, too. And I appreciate that because now, you know, sometimes it gets hard to like find somebody who's willing to hurt your feelings to help you.

On writing music about being gay and dealing with homophobia

I think just the general consensus over my career has been, at least with some people, is that I'm like really doing this groundbreaking thing by singing songs about women and that I'm like doing it on purpose and I'm really not, which is great [Laughs]. I date women, so I'm not going to write a song about a man. It just wouldn't be real.

No one's ever yelled, 'You faggot!' or anything like that and then very lucky ... because I think for one, a lot of people when they see a lot of people that are ignorant enough to do that you usually think I'm a dude. It's only annoying when they try to tell me that I'm in the wrong restroom ... I get it. I'm not I don't I don't get mad unless they they come at me a certain type of way.

For instance, recently I was on a ferry and I was in the restroom from London to Ireland. I'm in the restroom and I come out the stall washing my hands. Mind you, I've already left the store and I'm washing my hands. You're done. I'm done. Like this woman comes out of the store she says says the women's room and I'm like, 'Yeah I know. I'm a woman.' And like as I'm leaving the rush I'm drying my hands and I'm walking out, another woman comes [who] is leaving the restroom opens the door and points out the sign and I'm like, 'Didn't you just hear me tell this other lady that I'm a woman? Like, mind your business.'

On being more present

I've suffered from depression and anxiety in the past and I think it's brought on by either focusing too much on the past or too much on the future. So lately I've been trying to really just enjoy the moment and not be in a rush.