Accessibility links
Some Of The Oldest Ice In The Arctic Is Now Breaking Apart A massive ice pack that normally clings to northern Greenland's coastline is splitting apart and floating out to sea. Climate change is to blame, scientists say. 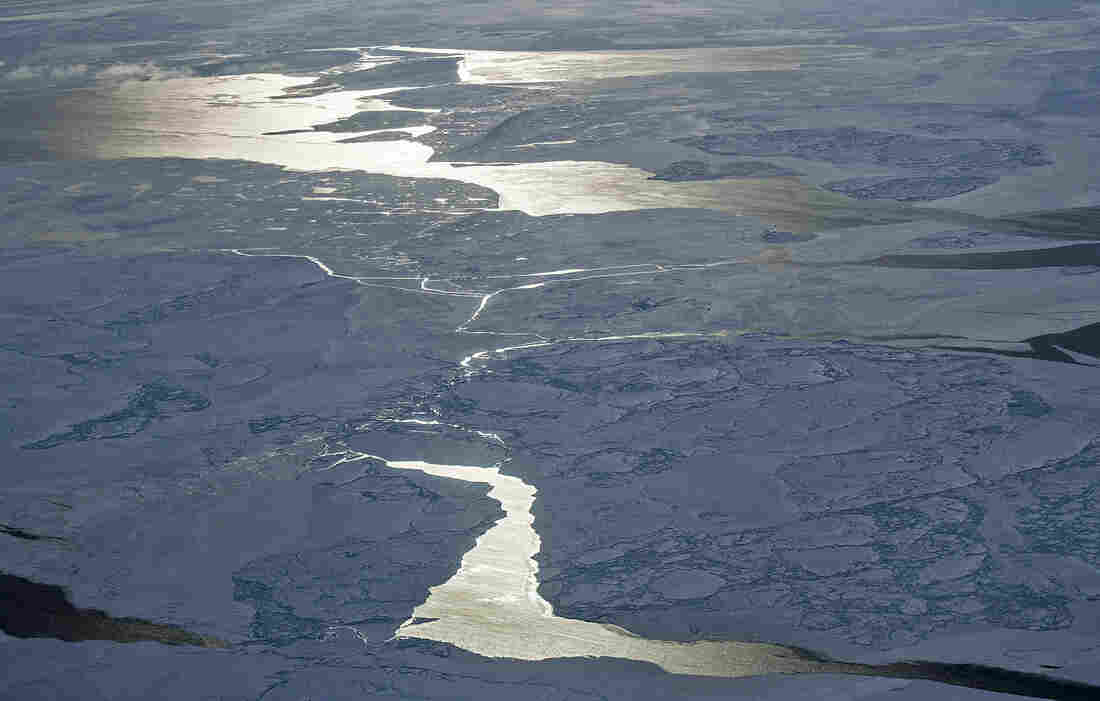 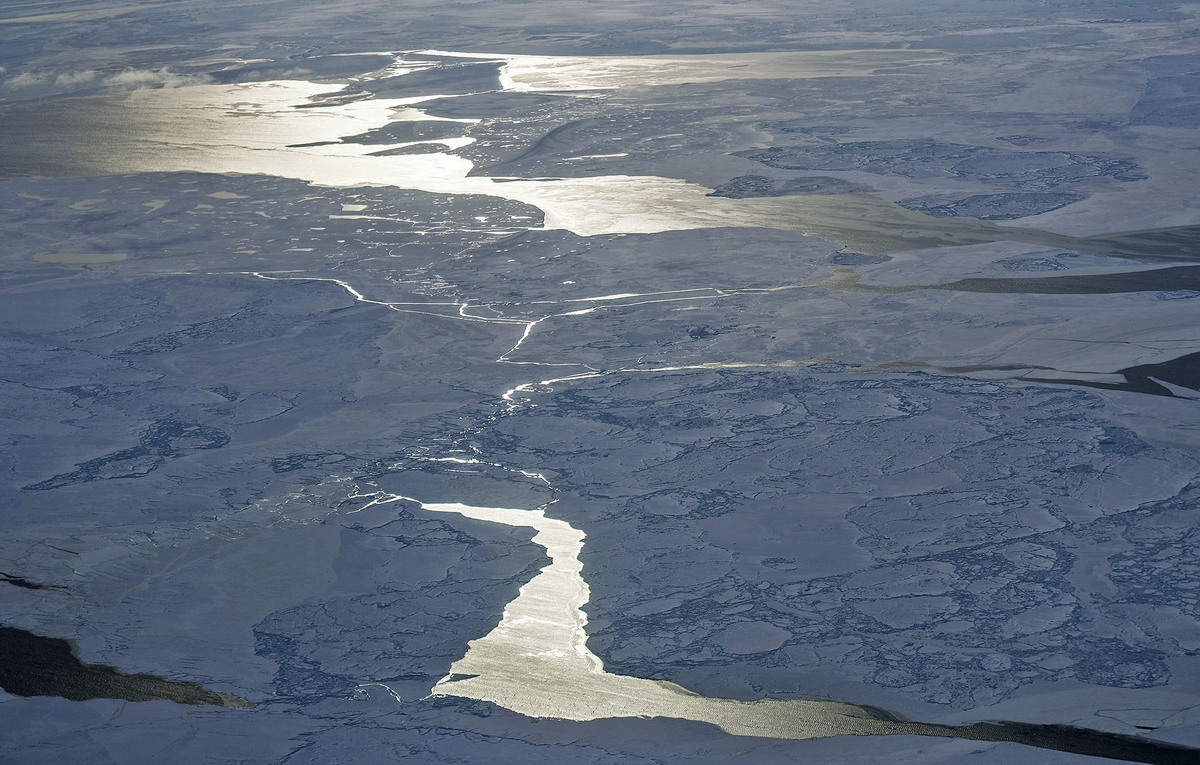 Sea ice is seen from NASA's Operation IceBridge research aircraft off the northwest coast of Greenland on March 30, 2017.

A huge pack of floating ice along the northern Greenland coastline is breaking up and drifting apart into the Arctic Ocean — another consequence, scientists say, of global warming caused by the buildup of greenhouse gases in the atmosphere.

"We've never seen anything this large in terms of an opening north of Greenland," says polar scientist Ted Scambos of the National Snow and Ice Data Center, which collaborates with the National Oceanic and Atmospheric Administration.

This sea ice is some of the oldest and thickest in the Arctic. Wind and currents normally shove lots of ice up against the northern coast of Greenland, where it stacks up and clings for years.

"It's like a crowd entering a stadium," Scambos says. "It's sort of pushed by the ice behind it until it's packed really tight, and that's made it thick and durable." Think of those long-lasting mounds of ice left on city streets by snowplows — but up to 30 feet thick.

Global warming, however, has finally begun to break up this ice, Scambos says. The Arctic is warming faster than any other part of the planet; last February saw remarkably warm winter temperatures there.

The normally year-round frozen ice "kind of rattles around in the Arctic now," he says. "And [in] this area north of Greenland, what we're seeing is that the ice is so thin and sort of loosely packed that a few days of strong winds in an unusual direction can push the ice away from the coast that it always collided with in its drift pattern."

Arctic sea ice is once again pulling away from the coast of far northern Greenland. You can easily see this reflected in the current drift circulation: https://t.co/BkhAkJipgm. Sea ice extent in the Greenland Sea has been at or near a record low for most of 2018. pic.twitter.com/zvOEyNpHut

Polar scientists have watched the duration and extent of Arctic Ocean ice decline for many years as a result of warming. But the loss of the Greenland section shows that warming is also changing how ice moves.

And while the Greenland ice breakup may be out of sight, for polar scientists, it's not out of mind.