Accessibility links
'The Happytime Murders': The Latest In The Tradition Of Puppets Behaving Badly The Happytime Murders is a new movie starring Melissa McCarthy and a cast of extremely raunchy puppets. It's definitely not for kids — which continues a legacy dating back to the Middle Ages. 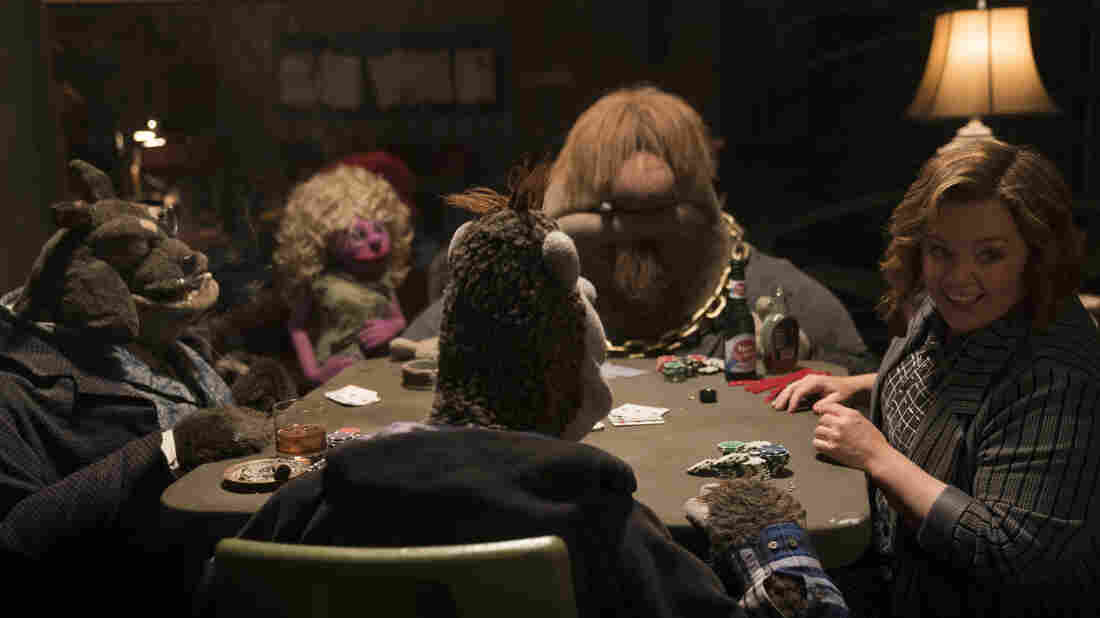 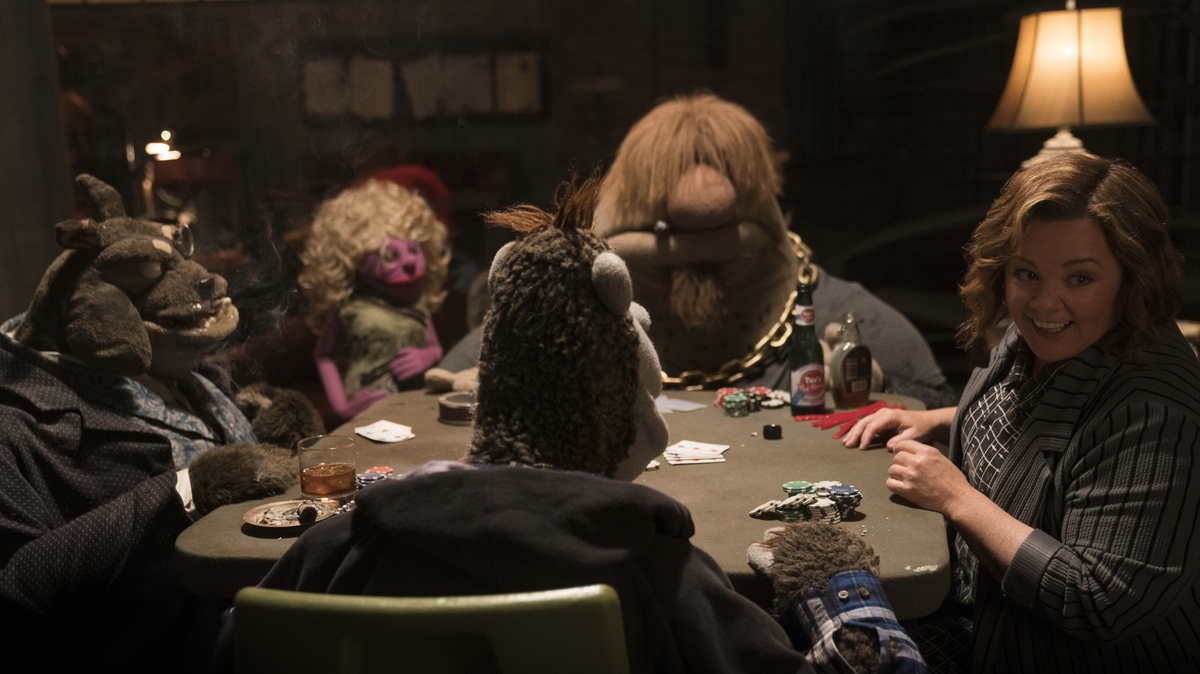 Melissa McCarthy stars as a detective investigating a string of puppet killings in The Happytime Murders.

The Happytime Murders is packed with violence, foul language and graphic felt-on-felt sex. There's also a scene with an octopus that is — well, you need to see it for yourself.

The new movie stars Melissa McCarthy as a human detective trying to solve a string of puppet killings. And yes, many of its characters are puppets.

But it's definitely not for kids.

It's hard to demonstrate just how raunchy The Happytime Murders is — the prime bits are inappropriate for both children and public radio. Suffice it to say the producers are warning parents against taking their children to see the film, which has an R rating.

"This is really the raunchiest I've ever gone with puppets," says director Brian Henson. "I thought: Well, maybe I should do something that's sort of PG-13. But I didn't want to accidentally invite a family audience into this movie. I wanted to make sure it was very, very clear that this is for adults only. So in a lot of ways that also became a license to go even further than our instincts were to go."

Brian Henson is the son of the late Muppets creator Jim Henson.

"My dad would probably have said, 'Oh my God, that's outrageous, Brian,'" he says. "But I also think he would have enjoyed it."

The Happytime Murders is the latest recent example of adult puppetry that leans heavily on the scatological.

In the early 2000s, Comedy Central had a hit cable show called Crank Yankers, which featured puppets lip-syncing to recordings of lewd and crude crank phone calls. The creators of South Park produced a movie with an all-marionette cast called Team America, about an elite group of commandos that vanquish both terrorists and good taste.

Of course, puppets behaving badly is not exactly new. Historically, raunch has been the rule, not the exception.

"Puppetry around most of the world, until the 19th century, wasn't for children," says Eileen Blumenthal, theater professor at Rutgers University and author of the book Puppetry: A World History. "In fact, a lot of it was pretty shocking. ... In the Middle Ages, one specialty of puppets became sex and violence. "

The classic Punch and Judy puppet shows were topical, political and very racy. It was a good way, in the 17th century, to poke fun at the crown and the church without getting your head chopped off.

"Puppets have always been able to get away with things that live actors can't," Blumenthal says.

Thinking of puppets as something for kids is a recent phenomenon. A lot of it is rooted in the late 1960s and '70s with the huge success of Sesame Street.

But Jim Henson always considered himself as an adult entertainer. Brian Henson says his father created The Muppet Show as a way of escaping the kids' show pigeonhole.

As for Brian, he looks forward to seeing what he can get away with in the future. Just don't tell the kids.

"This is a direction that I'm experimenting with, but it's not at all exclusively where I plan on being," Henson says. "But people really sort of delight in puppets going really too far."