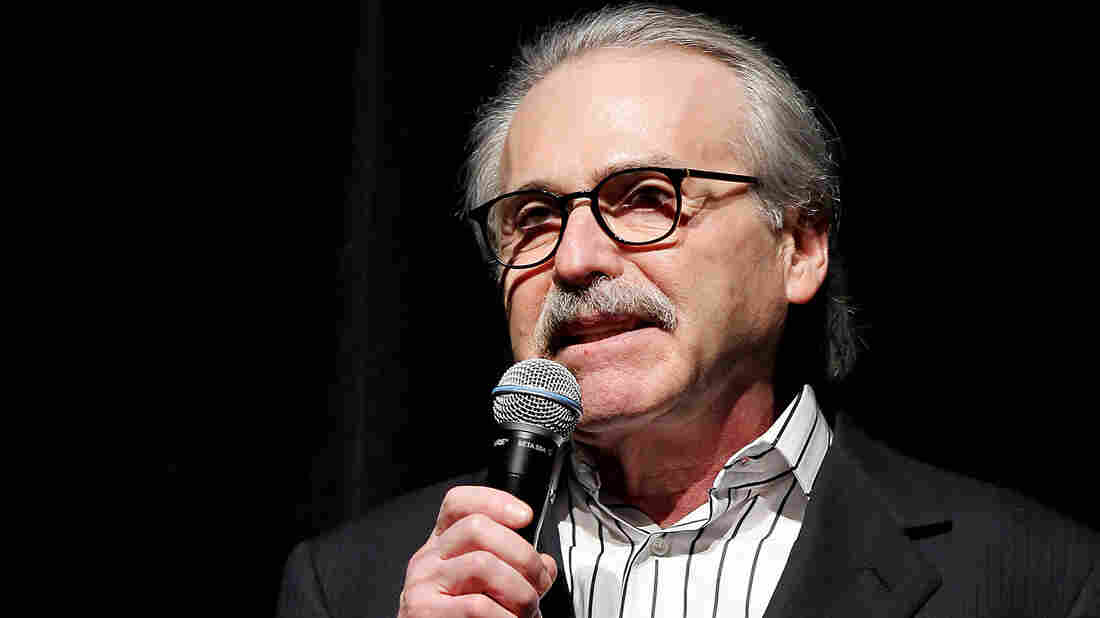 David Pecker, chairman and CEO of American Media, addresses a party in 2014. Reports say he has been granted immunity in the Michael Cohen case. Marion Curtis/AP hide caption 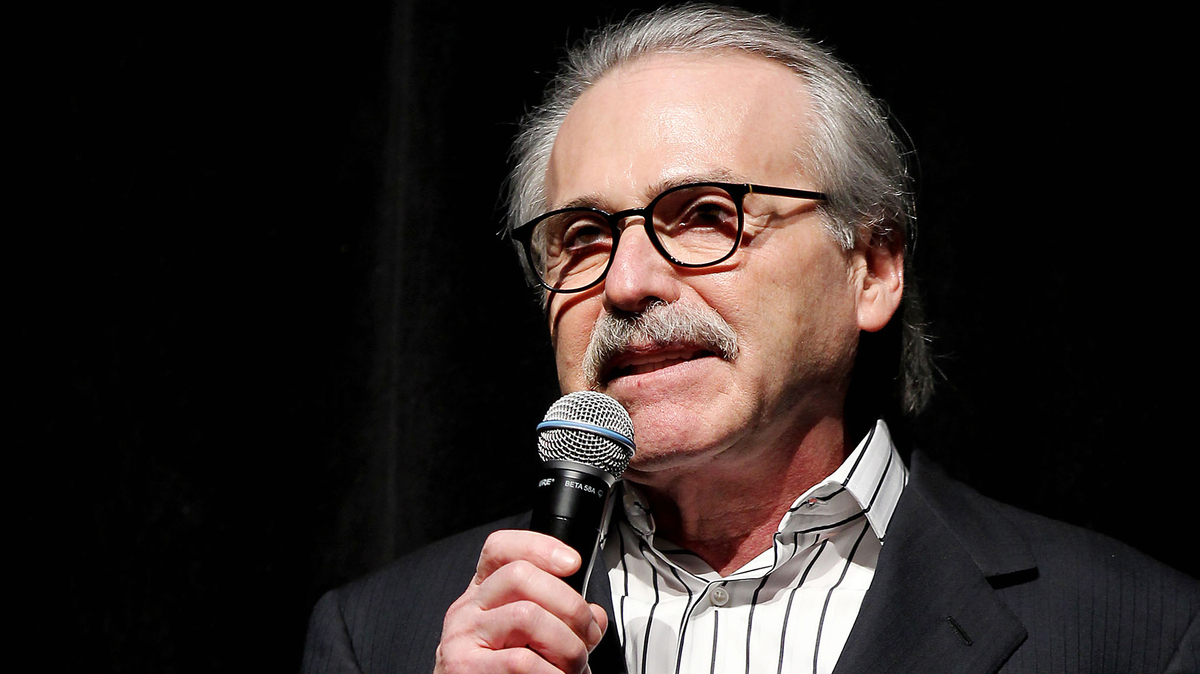 David Pecker, chairman and CEO of American Media, addresses a party in 2014. Reports say he has been granted immunity in the Michael Cohen case.

Days after President Trump's longtime lawyer and fixer Michael Cohen pleaded guilty in a case relating to his coordination of hush money payments to two women who allege affairs with Trump, news emerged that a man who helped organize those payments has been granted immunity by prosecutors investigating campaign finance violations.

David Pecker, the chairman of American Media, Inc., which publishes the National Enquirer, was granted immunity in exchange for giving prosecutors information about Cohen and Trump's knowledge of those payments, according to The Wall Street Journal and other media outlets.

The Enquirer allegedly used a tactic known as "catch-and-kill" — when a publication buys the rights to a damaging story for the purpose of sitting on it and keeping that story out of the news.

The Associated Press reported Friday that the magazine even had a location where records of these payments were stored: a safe full of documents, not only relating to Trump, but similar "catch-and-kill" deals with other celebrities.

"By keeping celebrities' embarrassing secrets, the company was able to ingratiate itself with them and ask for favors in return," the AP reports.

Cohen says he arranged payments to two women who said they had affairs with Trump more than a decade ago — and that he did it at Trump's direction.

Cohen also says those payments were for the purpose of influencing the election, which prosecutors say is a violation of campaign finance laws.

One source told the Journal that prosecutors now have two people — Pecker and Cohen — saying Trump was aware of the payments.

Cohen, "with the assistance of Corporation-1, was able to arrange for the purchase of two stories so as to suppress them and prevent them from influencing the election," prosecutors said in court documents.

Though not named in court documents, Corporation-1 matches the details of American Media.

In details that match those of former Playboy model Karen McDougal, prosecutors said Cohen, working with someone likely to be Pecker (referred to as Chairman-1) and others, agreed to purchase McDougal's "limited life rights" to her story of her affair with Trump — but only for the purpose of burying it.

McDougal reached a settlement with American Media in April.

Prosecutors also said someone believed to be Pecker, working with a company editor, alerted Cohen that adult film star Stormy Daniels, whose real name is Stephanie Clifford, intended to talk about her affair with Trump from 2006. In October 2016, days before the election, Cohen negotiated a deal to pay Daniels $130,000 for her silence.

Pecker is a longtime friend of Trump going back to the 1990s, according to The New York Times, which says the president has since invited him to a White House dinner.

"Pecker provided invaluable media support to Trump by regularly attacking his Republican rivals and Hillary Clinton" throughout the 2016 campaign, Vanity Fair reported. "At times, it seemed like the Enquirer operated as a de-facto arm of the campaign." The magazine reports that Pecker and Trump haven't spoken in eight months.

The Journal said it wasn't clear if prosecutors intend to bring charges against American Media as a company.

The president's lawyer, Rudy Giuliani, responded on Tuesday to Cohen's guilty plea by saying, "There is no allegation of any wrongdoing against the President in the government's charges against Mr. Cohen," adding that "Mr. Cohen's actions reflect a pattern of lies and dishonesty over a significant period of time."