Accessibility links
Maria Butina Lawyers Push For Her Release, Slam Sex 'Smears' By Feds Lawyers for indicted Russian agent Maria Butina are trying to win her release. They're asserting prosecutors misrepresented the facts to smear her. 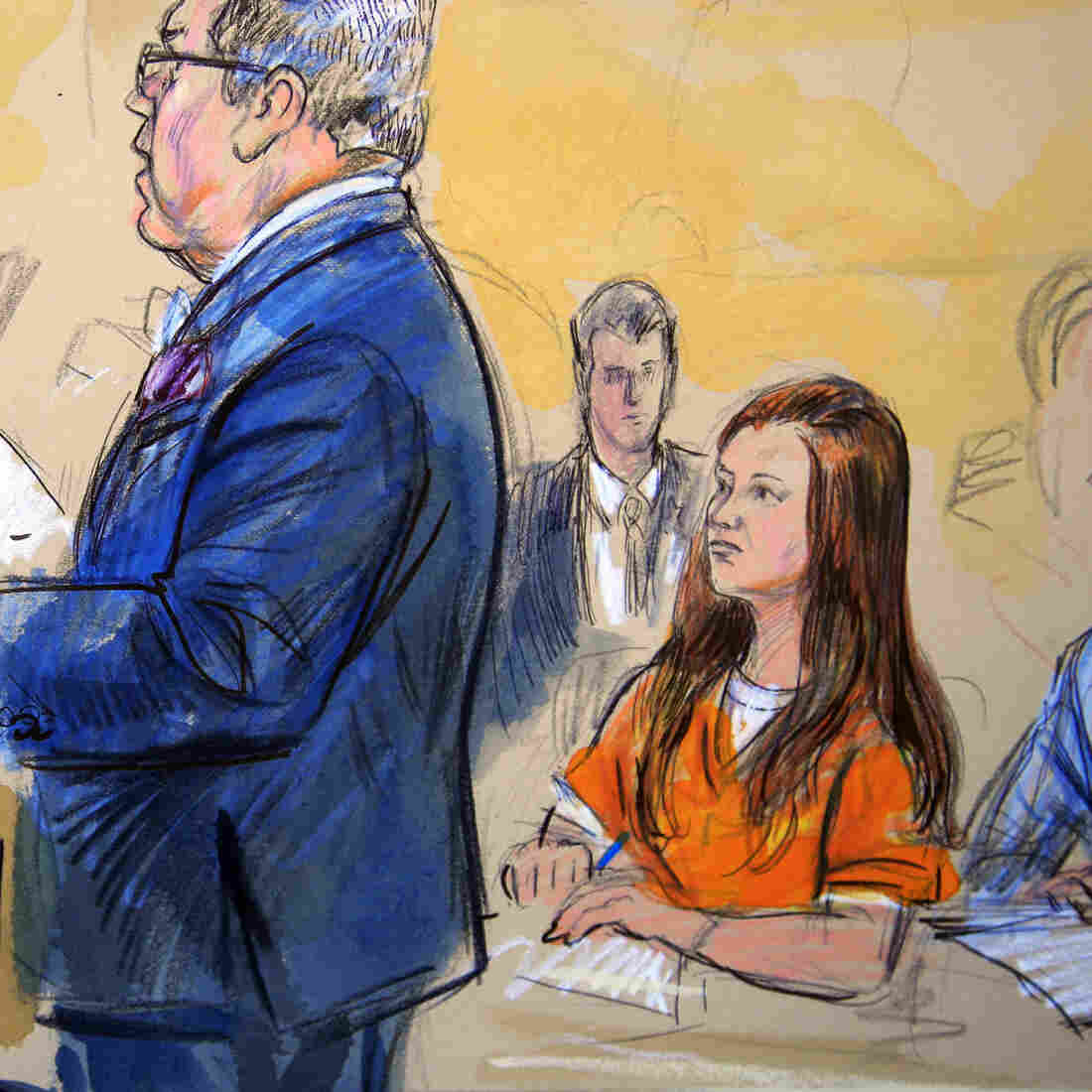 Attorneys for Maria Butina, seen in this July courtroom sketch, say the government has "smeared" her with salacious allegations and want her to be freed ahead of her trial. Dana Verkouteren/AP hide caption 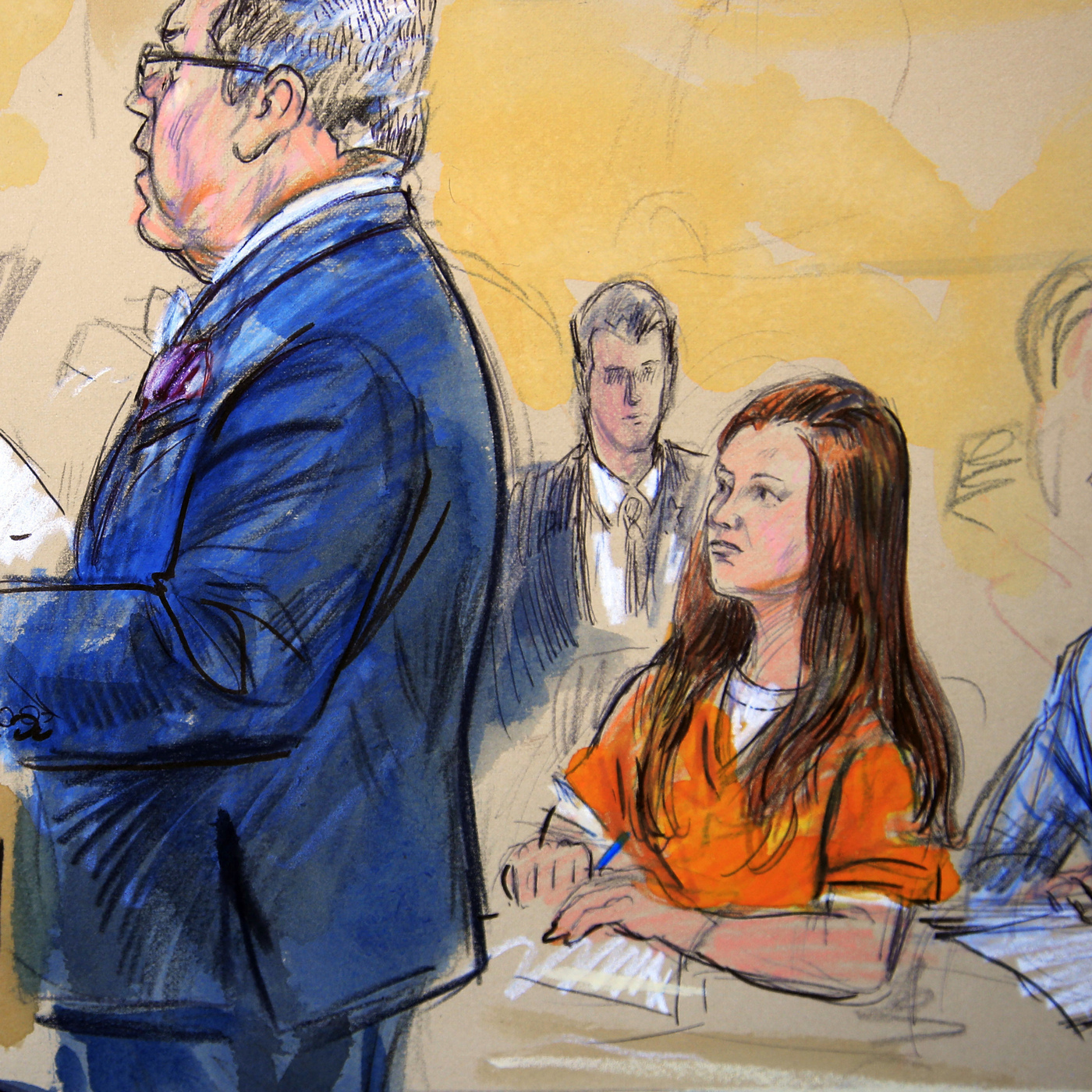 Attorneys for Maria Butina, seen in this July courtroom sketch, say the government has "smeared" her with salacious allegations and want her to be freed ahead of her trial.

Lawyers for a Russian woman charged with being a foreign agent are pushing for her to be released from pretrial detention — and accusing prosecutors of "smearing her character" with allegations she was prepared to trade sex for a job.

Maria Butina has wrongly been tarred as "some type of Kremlin-trained seductress, or spy novel honeypot character, trading sex for access and power," her lawyers wrote in a new court filing on Friday.

That claim is not supported by an "innocuous three-year-old text exchange" between Butina and a longtime friend in Russia who served as a public relations staffer for her Russia-based nonprofit, the Right to Bear Arms, the attorneys argue.

The lawyers said Butina and the PR man were joking about what he would receive in exchange for taking her car for an annual inspection.

"'I don't know what you owe me for this insurance they put me through the ringer,'" the man wrote.

Butina replied facetiously: "'Sex. Thank you so much. I have nothing else at all. Not a nickel to my name.'"

Later, the employee wrote that sex with Butina did not interest him. The back-and-forth was simply a long-running joke between friends, defense lawyer Robert Driscoll said in the court filing — not a "Red Sparrow" story line. 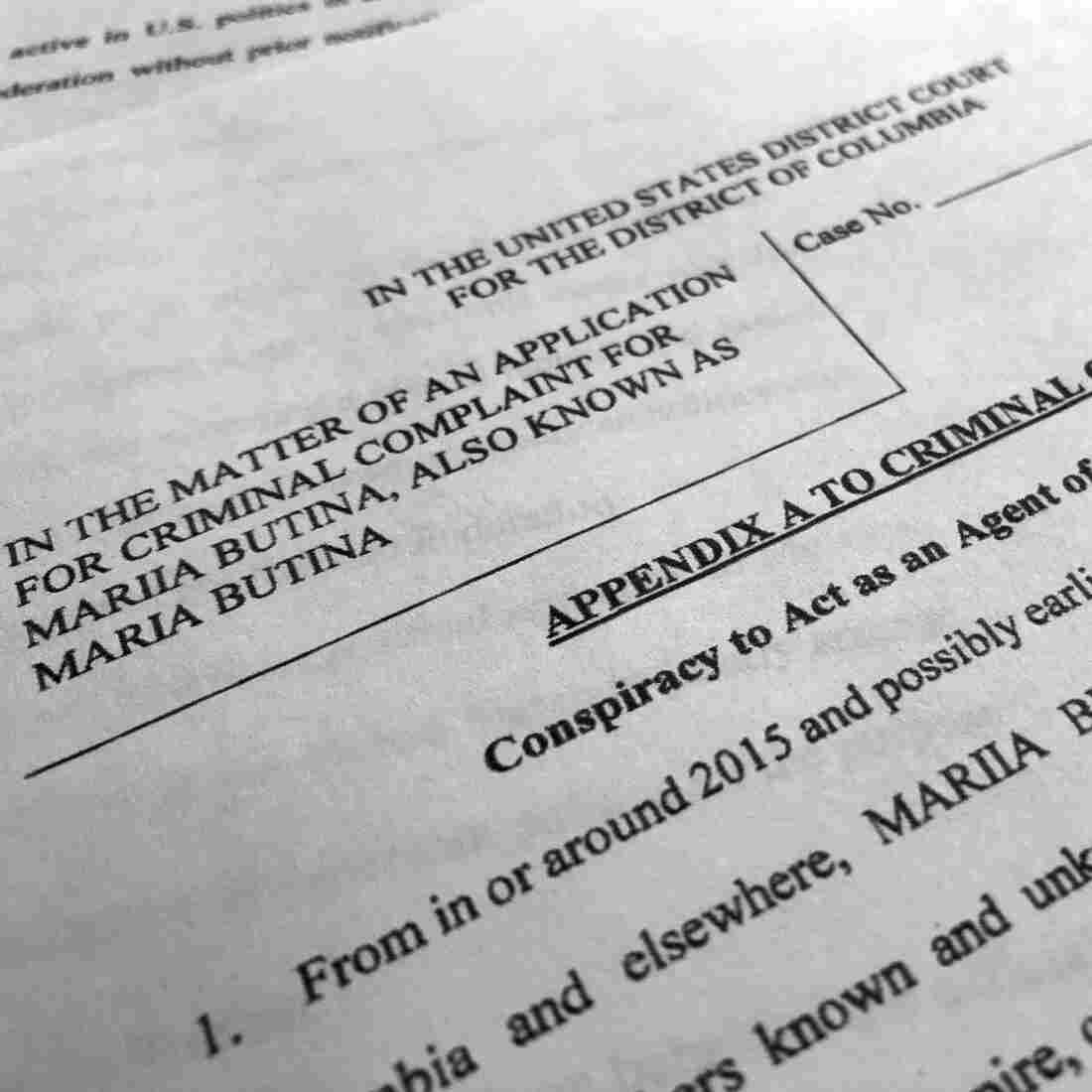 Prosecutors charge that Butina has been serving as an unregistered Russian agent. Jon Elswick/AP hide caption 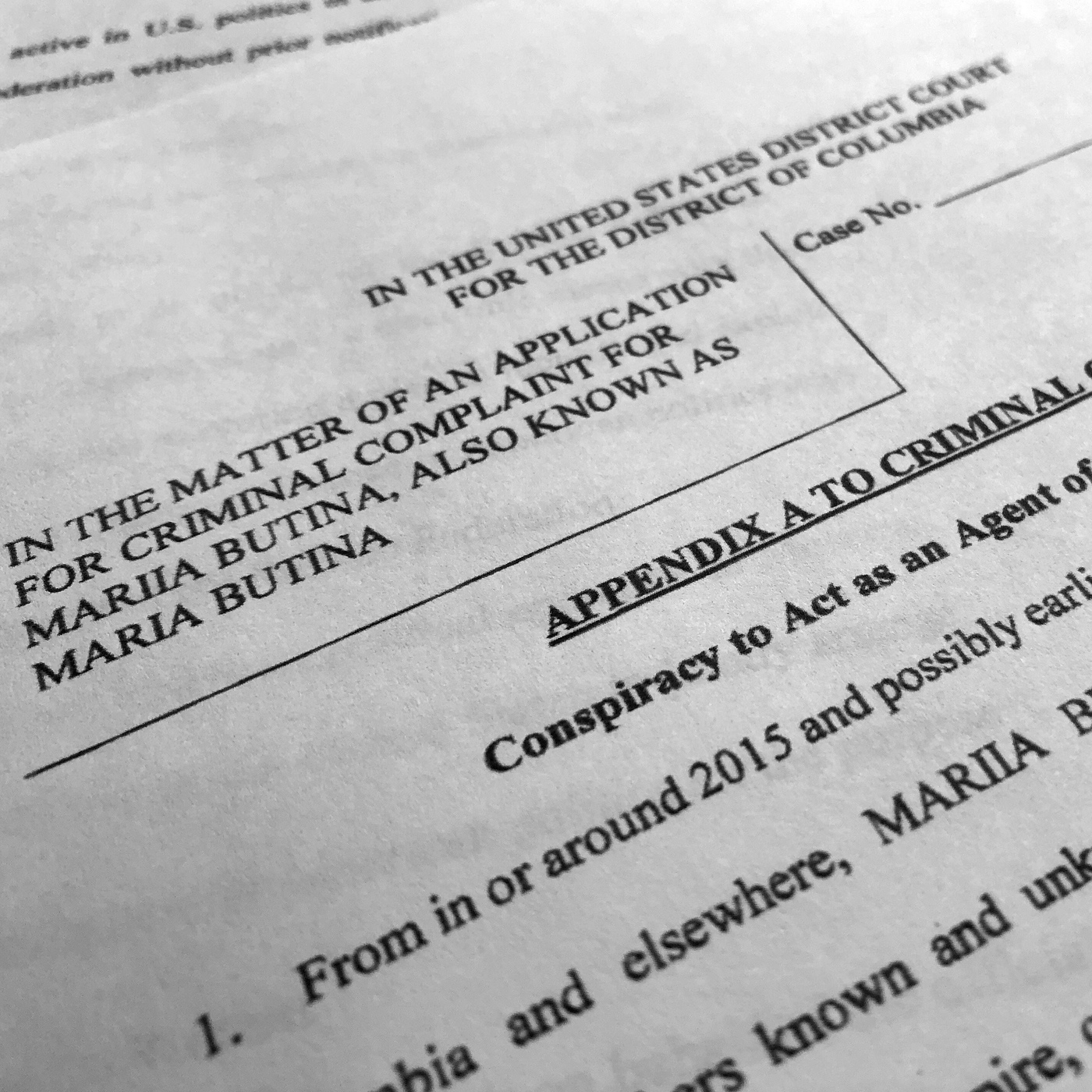 Prosecutors charge that Butina has been serving as an unregistered Russian agent.

The release of the court document follows a day after U.S. Attorney Jessie Liu wrote the defense lawyer to express concerns that he may have violated a local court rule that bars lawyers associated with cases from releasing "extrajudicial" statements related to the merits or evidence in a case.

"In sum, you appear to have violated the local rule repeatedly," Liu wrote. She added that prosecutors may "seek relief" from the judge in the case if Driscoll continued his media appearances.

Butina has been accused of conspiracy and acting as an agent of Russia. She's been detained since her arrest by the FBI last month.

Prosecutors allege Butina misrepresented herself as a graduate student seeking to study international relations at American University, when she in fact was working to advance Russian interests by cultivating powerful officials at the National Rifle Association and the National Prayer Breakfast.

At a court hearing last month, prosecutor Erik Kenerson told the court that "the evidence is overwhelming the defendant was here on behalf of the government of Russia ... to carry out a covert influence campaign."

Prosecutors also argued that Butina carried on a long relationship with an unnamed American, whom NPR has identified as Republican operative Paul Erickson — but that she had privately disparaged him in communications the government obtained.

The government said that matters because it suggested the Russian woman had few ties to the U.S. and that she would be more likely to flee if she were to be released from detention.

In fact, Butina's legal team said, U.S. authorities appear to have overblown the significance of text messages she sent to a friend complaining that Erickson was "bugging the sh*t out of me with his mom" and that she sometimes felt as if she were living "in a nursing home."

Defense lawyers said at the time of her arrest in July, Butina was preparing to move in with Erickson in South Dakota, and that she had applied to add her name to his apartment lease there.