Accessibility links
Some Young Veterans Abandon The American Legion In Favor Of New Organizations The American Legion is holding its 100th national convention this week and is trying to keep the organization relevant for younger veterans. Post 40 in Seattle illustrates some of the challenges.

Listen · 4:07 4:07
Some Young Veterans Abandon The American Legion In Favor Of New Organizations 4:07 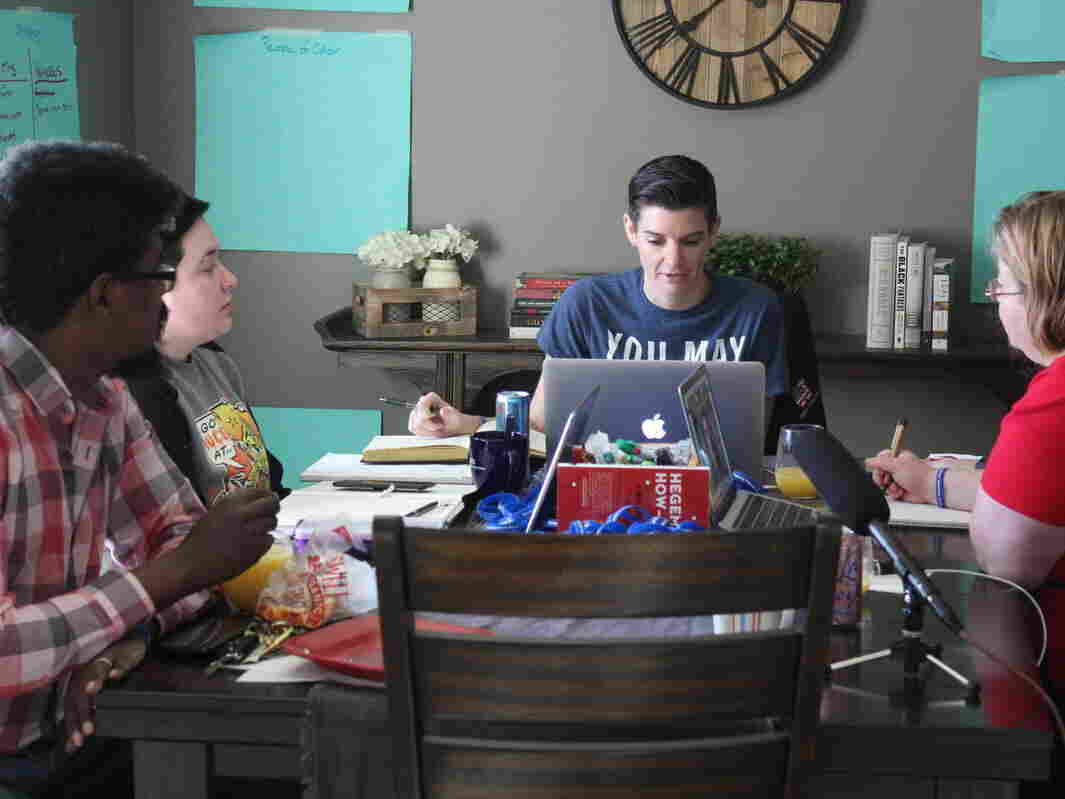 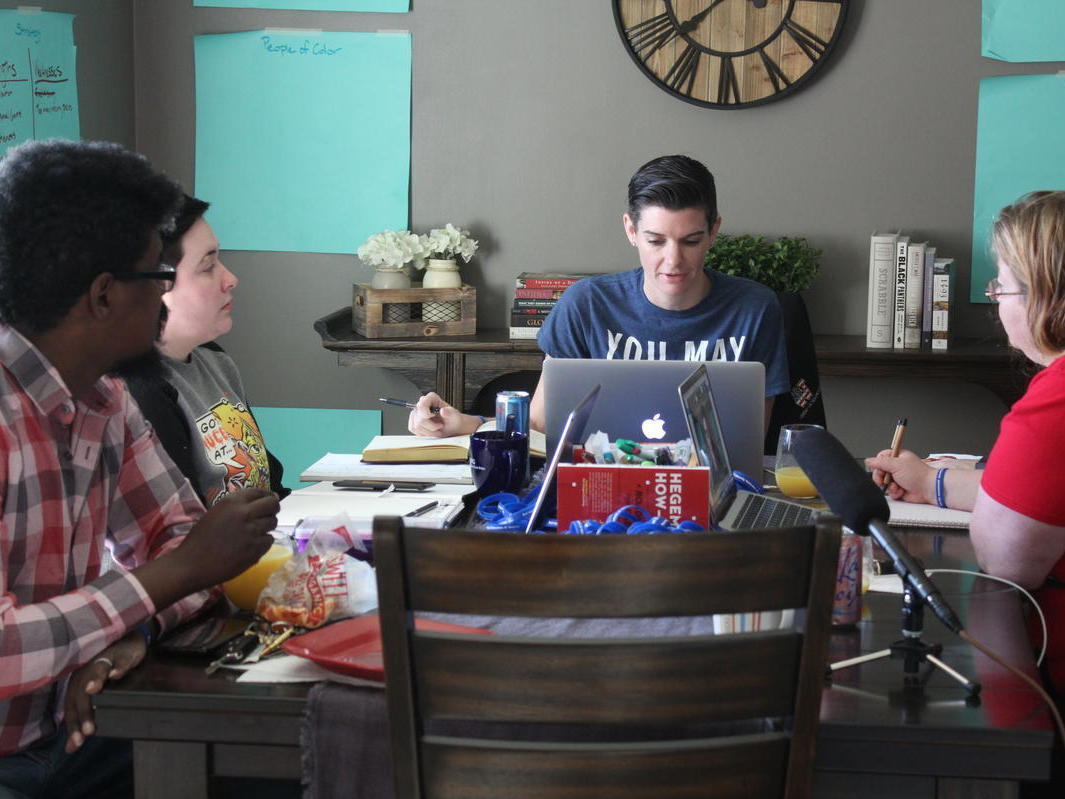 When Navy veteran Lindsay Church was elected commander of American Legion Post 40 in Seattle, Wash., three years ago, she looked around the room and saw the future. It didn't look promising.

"Basically what I was seeing was the post was dying," Church said.

Older members were passing away, and new membership was down. The post was at risk of closing its doors.

Church, who served stateside as a linguist, wanted to change that. First as a student, and then as assistant director of student veteran life at the University of Washington she seized the opportunity to recruit younger vets.

"For that first year I spent all of my time dedicated to trying to build this post," Church said. "Rolling out new programs like sponsoring the first year of membership for all students, trying to get that new, young, active participation from the community."

She says it worked. Younger members joined. The post even won a national service award from the American Legion. 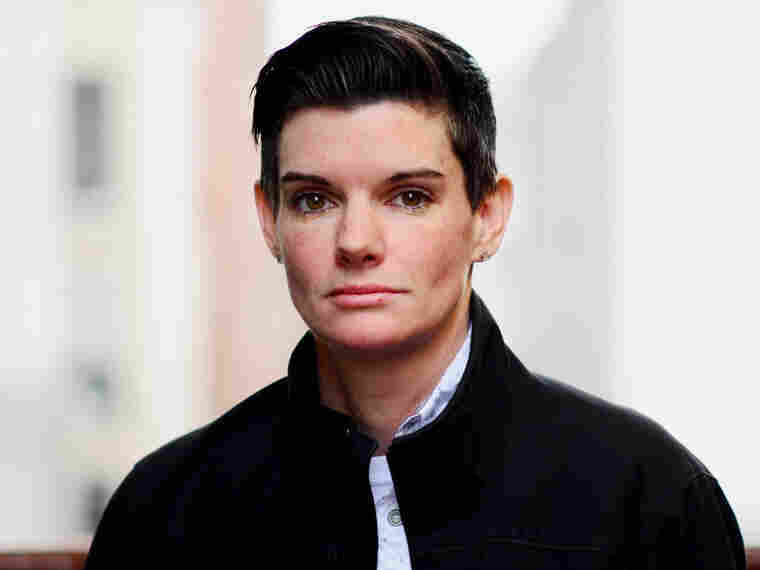 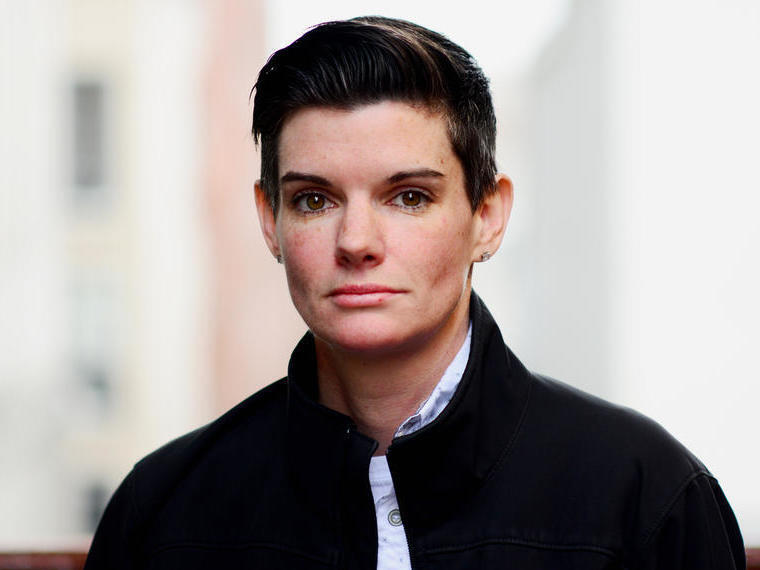 But Church said that for all her success, the culture of Post 40 was hard to endure at times.

"My very first night as commander of the American Legion, I had a gentleman come up to me and say — and I quote — 'It's OK that you're gay, but you don't need to talk about your wife,' " Church said.

Church, who was married to a woman, pushed on.

By her second term as commander, Church still believed she could help bring a modern face to the Legion's mission of service. But as she told us when we first covered her story earlier this year, some Vietnam-era members didn't seem interested.

"I would bring new women into the post, and the very first thing that they would be asked is, 'Are you here for your boyfriend or husband?' " Church said. "And then they would be sexually harassed, asked out on dates, fighting with older gentlemen (who were) calling younger women 'poopsy.' "

She was taken aback when an older member was asked to take minutes during a meeting about recruiting more veterans of color.

"I got my notes back, and my notes said 'coloreds as potential members,' " Church said. "And I was, like, I don't even have words."

Then Church said one of the members used a racist term for Asians — a word she'd never heard used before.

"I was surprised at how far he was willing to take it," Church said.

Church resigned as commander of Post 40 last September. Her letter to the post is heartfelt and withering. In it she said, "The American Legion intentionally discriminates against women, people of color and the LGBTQ community."

Bob Patrick, who took over command of Post 40 after Church, says none of that stuff ever happened.

"Yeah, I call bull**** on that," Patrick said to KUOW not long after Church resigned.

Jim Robinson, then the post's senior vice-commander, was sitting next to Patrick during the interview. He said he doesn't agree with Patrick about anyone asking for special rights. Robinson recruited Church to the post, and he wanted her to carry it forward.

"There's a lot of smart-alecky language, and there's razzing between the services and that sort of thing," Robinson said. "There's a chance that she may have misinterpreted something said in jest."

No one from Post 40 returned calls last week for an update.

But Gary Roch, Washington state commander for the American Legion, says a lot has changed since Church left.

"A lot of those members from Post 40 walked away from that post to form their own," he says.

Asked whether he though that was related to what happened with Church and the culture at Post 40, he said, "Yes."

Church did not join the new post. Instead she and others started their own organization, which they call Minority Veterans of America. It's open to all veterans.

"One of my team mates told me the other day," says Church, "that we're literally building an organization from the bricks they threw at us. And that's what we're here for."

Roch says Church is the kind of leader the Legion needs to move forward and sees her departure as a loss. He says it's imperative that older members learn to embrace modern vets if the American Legion is to survive.

"These are the things that we're talking about," Roch says, "because we have to figure out a way to attract all veterans that are eligible for the organization."

The American Legion is changing, if fitfully.

This summer, after first saying no, a post in Iowa admitted a transgender child to a summer program called Boys State.

And for the first time in its nearly 100-year history, the Legion's national commander, Denise Rohan, is a woman.

As the National Commander of The American Legion, I am disappointed any time I hear of acrimony at one of our posts. I can unequivocally state that we reject discrimination in all of its forms. It is antithetical to who we are as Legionnaires, and I expect that every one of our members treat each other with the dignity and respect they deserve as veterans.

An earlier version of this story incorrectly credited the solo photo of Lindsay Church to Patricia Murphy. The photo was by Gil Aegerter.