Accessibility links
'A River Of Stars' Is An Asian-American, 'Pregnant Thelma & Louise' Vanessa Hua's debut novel follows two women at a secret California maternity center where rich Chinese send expectant mothers to give birth to U.S. citizens. Then they run away. 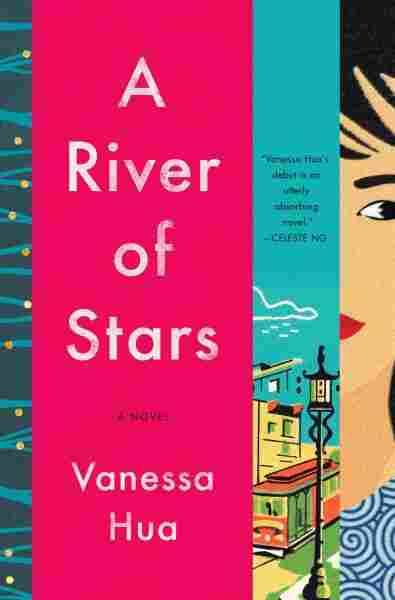 A River of Stars

A River of Stars is a kind of road story.

Scarlett, a factory worker from China, and Daisy, a Taiwanese-American teenager, go on the lam. They're fleeing Perfume Bay, a secret home in Los Angeles where pregnant women from China are sent — by rich husbands, married lovers or prosperous parents — to give birth such that their babies may enjoy "the most precious gift of all": U.S. citizenship.

But Scarlett and Daisy have their own suspicions about what might happen to them after they give birth.

A River of Stars is a novel, the first from Hua, who is also a columnist for the San Francisco Chronicle. She spoke to NPR about the book.

On the main character Scarlett Chen

She's an only child, as many women or children from her generation are. And she has grown up in the countryside, dreaming of a life outside of the one that's been handed down to her. Her mother, by necessity, works in a family planning clinic. Scarlett, as a child, has witnessed the very draconian ways the government enforced the [one-child] policy. And so when she's a teenager, she decides to leave to go work in the factories. And the policy has made her ambivalent about having children. So when she comes to be pregnant and comes to America, it's a journey into motherhood and making a life in a new country.

On Boss Yeung, the factory owner who is the father of Scarlett's child, and why he would send her to Perfume Bay

He has three daughters, and the sonogram seems to indicate that he's having a son, and because of the traditional preference for boys in China, this seems like just what he's been waiting for. ... Because for him, he sees U.S. citizenship as the gold standard — that having the passport means freedom to travel, it means potential opportunities in the future. It symbolizes everything that he wants for his child, even if he chooses not to exercise that at this moment.

On starting a family while she wrote the novel

Yes, I was pregnant, and living in Southern California. And when I first heard about these maternity hotels of the sort that Scarlett and Daisy end up in, the news stories were really interesting. The neighbors were baffled: Why were all these pregnant Chinese women coming and going? Why were there diapers piled up in the garbage cans? It sounded like a brothel in reverse. And what really struck me was: Being pregnant is one of those vulnerable times in a woman's life. And what was it like to be so far from friends and family? And what was it about U.S. citizenship that was so important to them?

The other thing about being pregnant ... was that when you're pregnant like I was with twins, you're hugely pregnant. I think when I went to the gym and went for a swim, people thought they were about to witness a water birth. But given that, people would always say, "Oh, come to the head of the line," you know, "Take this seat," and were very gentle and generous with me. But in the maternity hotel, you have a dozen pregnant women. So who gets the good wishes? Who gets to be queen bee? So it seemed like a situation ripe for drama — but also comedy.

Despite Political Rhetoric, 'Anchor Babies' Are Not Exactly Easy To Stop

On the assurances offered to immigrants by characters in the book, in light of the current federal government's anti-immigration rhetoric and policy

I think there definitely are ways in which people can make their way in this country. Of course, with the rhetoric out there, communities are frightened. Are we perceived as eternal foreigners, no matter how deep our roots, or how many contributions we make to this country in so many different ways? Whether it's in the activism we've been seeing, or even in the ways that we're asserting ourselves in entertainment and pop culture, we're not leaving. We're from here. We're here to stay.

Denise Guerra and Viet Le produced and edited this interview for broadcast. Patrick Jarenwattananon adapted it for the Web.

Read an excerpt of A River of Stars