Accessibility links
Archbishop Alleges Pope Francis Long Knew About Abuse, Calls On Him To Resign In an 11-page letter, an ex-Vatican diplomat calls for Pope Francis to resign, alleging he knew about former Cardinal Theodore McCarrick's abuses for years. 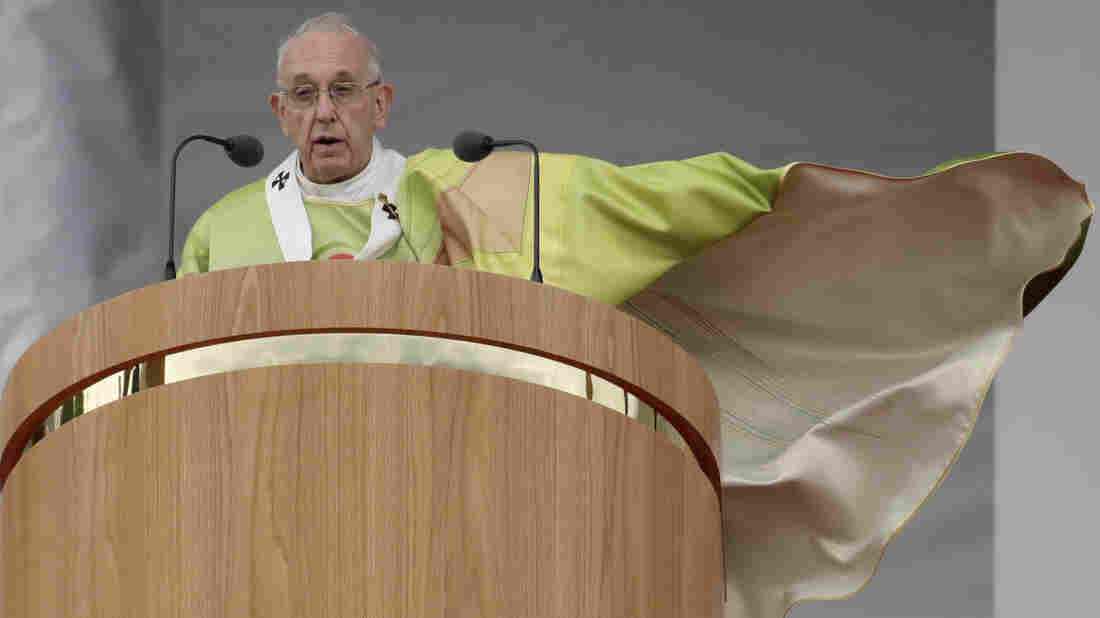 Pope Francis celebrates the Holy Mass in Ireland on Sunday. He's there asking for forgiveness for the sexual abuse scandals in the Catholic Church. Matt Dunham/AP hide caption 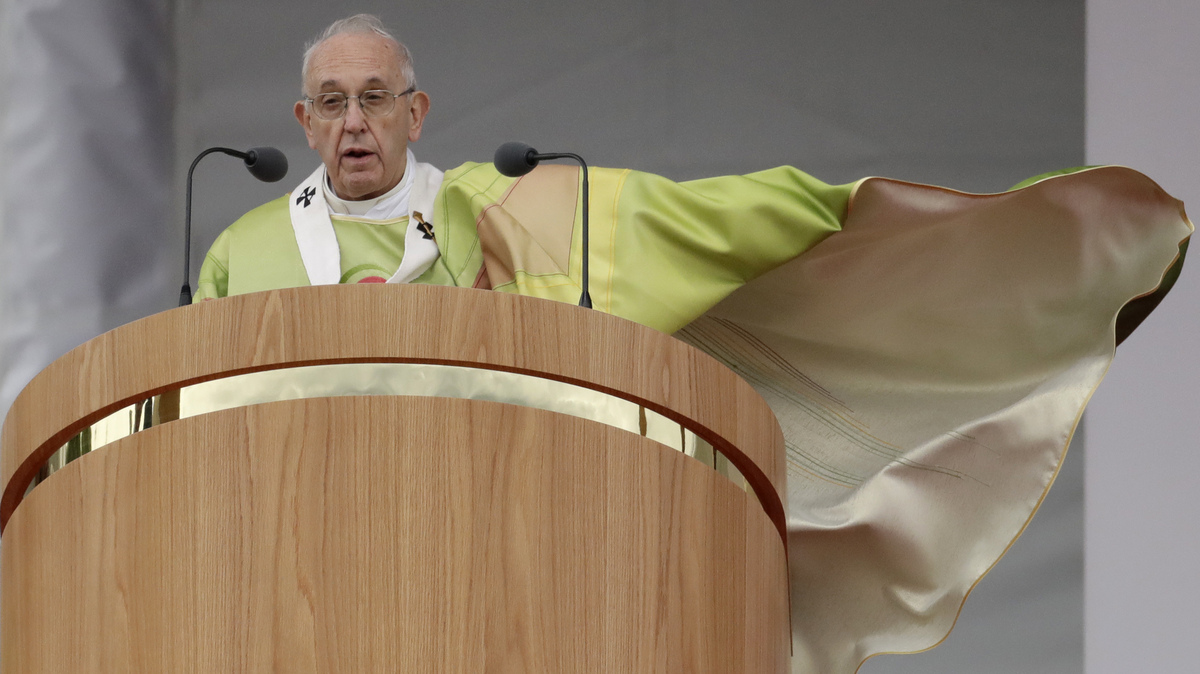 Pope Francis celebrates the Holy Mass in Ireland on Sunday. He's there asking for forgiveness for the sexual abuse scandals in the Catholic Church. 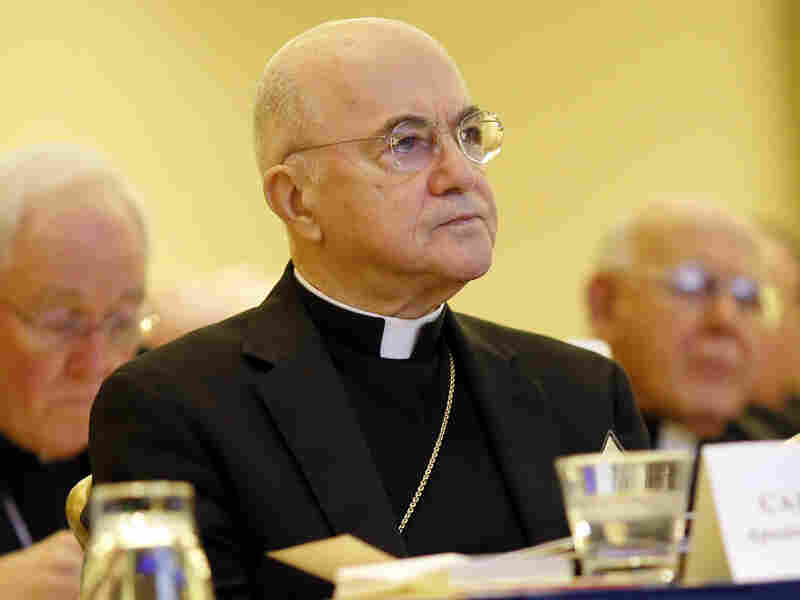 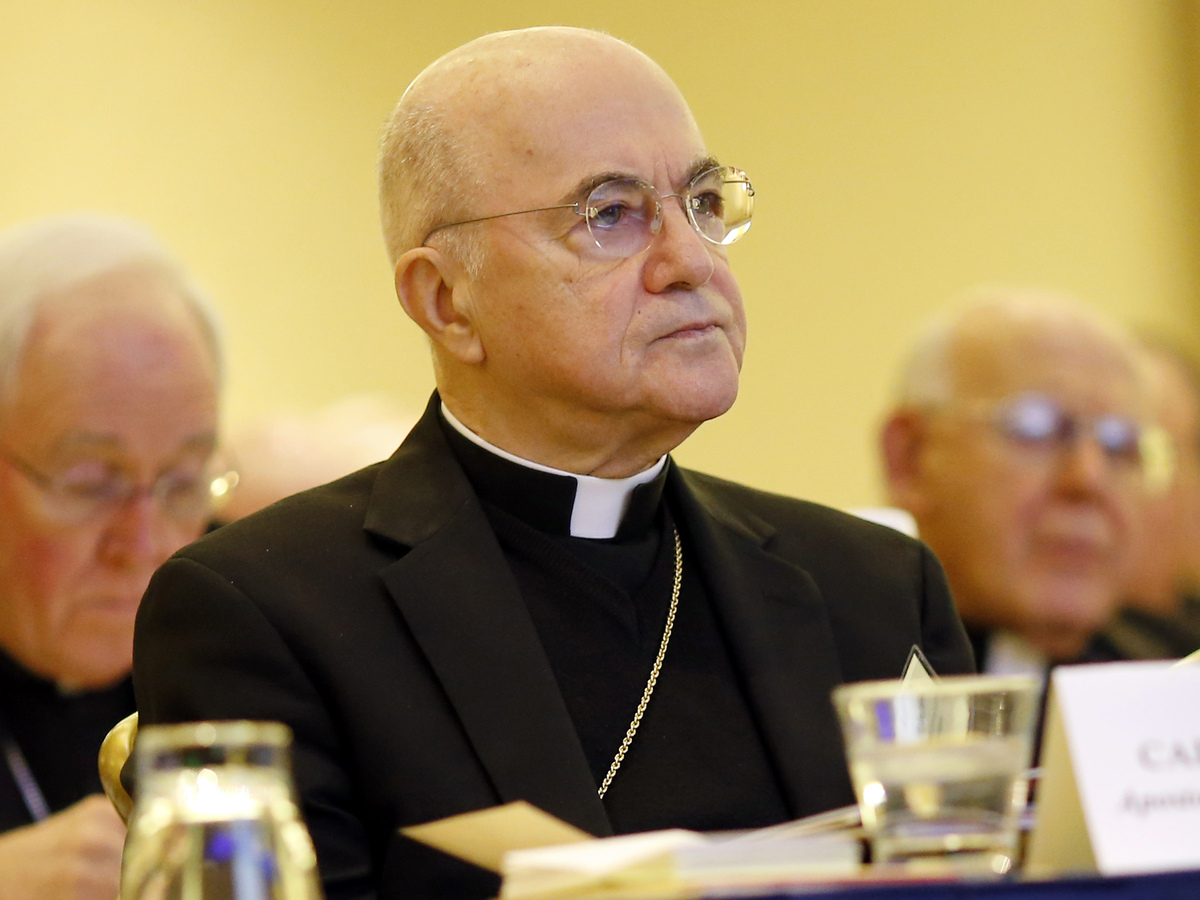 Archbishop Carlo Maria Viganò, a staunch critic of Pope Francis, alleges in a letter that the pope knew about allegations of sexual misconduct against disgraced former Cardinal McCarrick for years.

The scathing 11-page letter written by Archbishop Carlo Maria Viganò, a conservative critic of Pope Francis who was removed from his position in 2016, came out as Pope Francis was visiting Ireland.

Francis was in Ireland apologizing for abuses by the Catholic Church, including clergy sex abuse and forced adoption of children born to unwed mothers.

In the extensive letter, published in English on the conservative LifeSite News and in Italian on the National Catholic Register, Viganò claims that Benedict knew about former Cardinal McCarrick's behavior sometime in 2009 or 2010 and imposed sanctions on him "with the obligation of dedicating himself to a life of prayer and penance."

Viganò claims he personally informed Pope Francis of Cardinal McCarrick's behavior in June 2013. The letter calls on Francis to resign.

"In this extremely dramatic moment for the universal Church," Viganò wrote. "He must acknowledge his mistakes and, in keeping with the proclaimed principle of zero tolerance, Pope Francis must be the first to set a good example for cardinals and bishops who covered up McCarrick's abuses and resign along with all of them."

NPR reached out to the Vatican for comment but got no response.

NPR's Sylvia Poggioli reports that Viganò belongs to a conservative faction that blames clerical sex abuse on the presence of homosexuality in the church and believes Pope Francis is too lenient on gay people.

Seventy-seven-year-old Viganò, has previously been controversial.

As NPR reported in 2016, Viganò came under fire for setting up the pope's meeting with controversial Kentucky county clerk Kim Davis in the fall of 2015. Weeks before the meeting, Davis had been put in jail over her refusal to issue marriage licenses to same-sex couples.

According to the New York Times, this is part of the reason why he was removed from his position in the United States by Francis in 2016 and sent back to Rome.