Accessibility links
3 Ways Education Is Influencing Arizona's Midterms With two ed-related ballot initiatives and teachers seeking every level of office, up to the governor, support for education seems to be lingering well past the Arizona teacher walkouts in April. 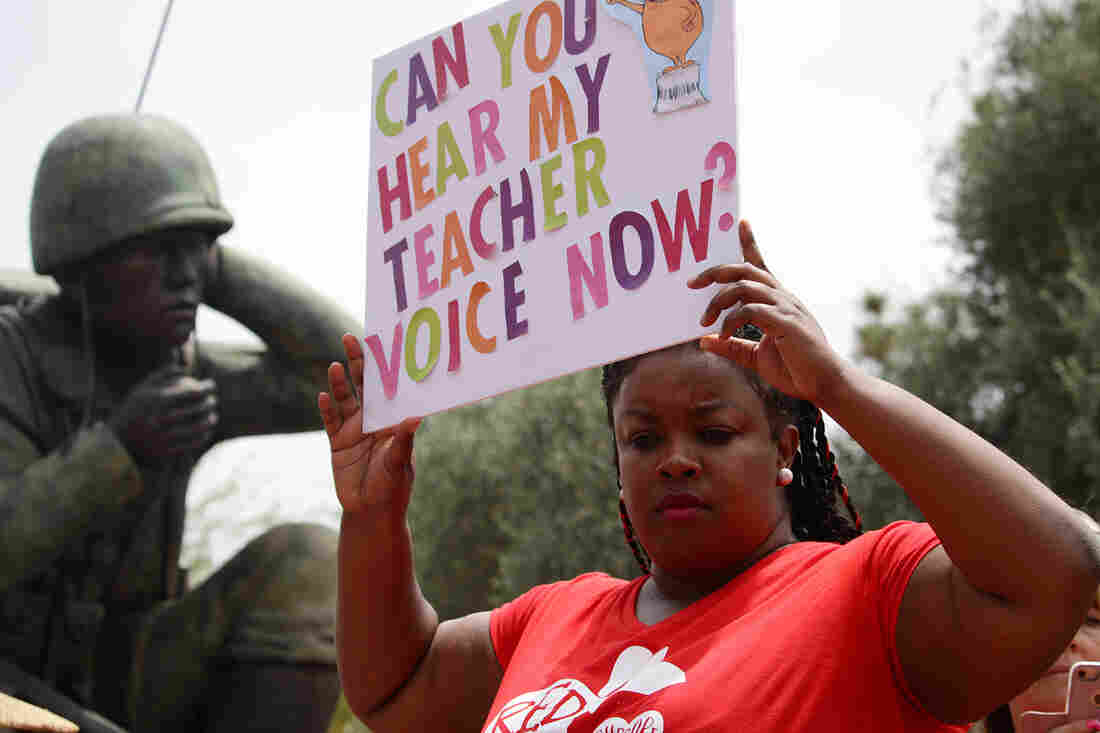 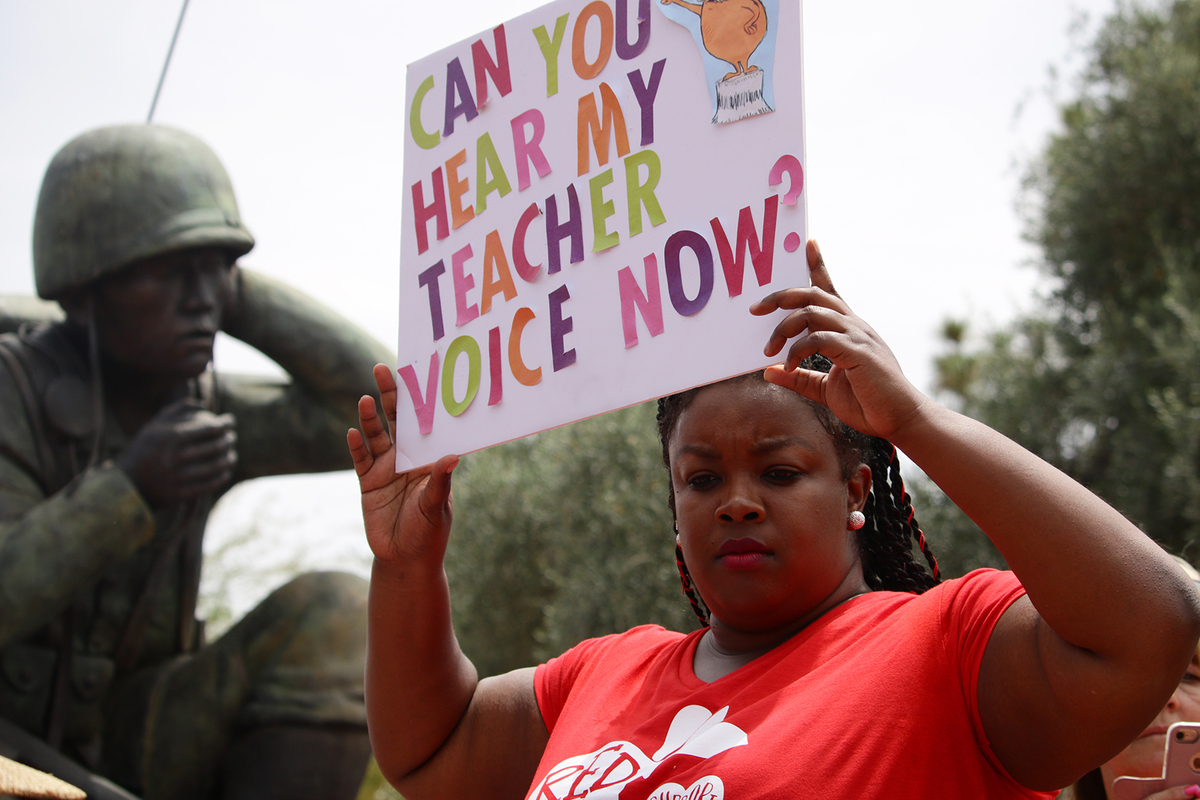 In Arizona, the energy around education issues that sprang up in April during the teacher protest walk-outs is still in the air leading up to the primary election Tuesday.

Arizona was the fourth state where thousands of teachers walked out of the classroom to protest low wages and under-funded schools.

After six days, educators went back to school with a promise of 20 percent salary increases by the year 2020.

Since then, there seems to be an enduring fight to fundamentally change public education in Arizona. After the recession, the state cut more education funding than any other and still spends less than it did in 2008 to fund public schools, found one nationwide analysis.

Then, there's this: A recent national poll found almost half of Americans support teacher raises when told what teacher salaries look like. In the six states with teacher walkouts — including Arizona — 63 percent said they want to see educators paid more.

In November, Arizona voters will consider a crowded ballot; how they vote on everything from school vouchers to tax hikes could reverberate nationwide. But it all starts with Tuesday's primary.

1. Educators are running for public office

Teachers are running for office throughout the state, including at the top of the ticket.

College education professor, David Garcia, is the front-runner in the Democratic primary for governor Tuesday. If he wins, Garcia will likely face incumbent Gov. Doug Ducey in the general election.

Garcia's debut in Arizona politics was an unsuccessful run for Superintendent of Public Instruction — a partisan office. That seat is also up for grabs this year.

Diane Douglas is the incumbent who ran on the promise to repeal Common Core standards. Now she faces a Republican primary crowded with candidates connected to charter schools, community colleges and universities.

Elsewhere, more than a dozen Arizona teachers are running in smaller races including those for school governing boards, legislative districts and even justice of the peace.

Arizona's 2016 Teacher of the year, Christine Marsh, is running for state Senate.

"Teachers and school employees woke up and found their voice and realized their power," said Joe Thomas, president of Arizona's teachers' union. "That power is based in the trust of the community."

Of the 43 states with income taxes, Arizona's are on the lower end and the state has only cut income taxes since the 1990s. Now there is a proposal on the ballot to change that, at least for some of the highest income earners. It's called The Invest In Education Act.

While the proposal had been in the works for at least a year, it was first announced during the #RedForEd teacher walkout. Supporters of the initiative say it would raise $690 million a year by increasing taxes on people who make more than $250,000 a year.

The tax increase is unprecedented.

Maine voters passed a 3 percent additional tax on high-income earners to fund education in 2016. The resulting fight in the State legislature shut down the state government last year and the tax was ultimately repealed.

Arizona's income tax is graduated — as your income rises, so does the proportion of income taxes you pay. Right now the highest income tax an Arizonan pays is 4.54 percent.

Individuals income above $500,000 a year and couples' earnings above $1 million would be taxed at 9 percent.

3. Voters could stop the expansion of school vouchers

Arizona was the first state to create education savings accounts in 2011. Parents that pull their children out of public schools get 90 percent of the per-pupil funding deposited into an account. That money can pay for everything from private school tuition to books and speech therapy.

Since then four other states — Mississippi, Florida, Nevada and Tennessee — have created similar programs.

A big win for students & parents in Arizona tonight with the passage of ed savings accts. I applaud Gov. @DougDucey for putting kids first.

The program was mostly limited to students with special needs or who were attending failing schools, but Arizona Gov. Doug Ducey signed a law expanding the program to every child in the state in 2017.

Six women who met at the Capitol that legislative session joined together to halt the expansion.

Their effort grew into a non-profit called Save Our Schools Arizona that recruited 2,000 volunteers who collected enough signatures to send the issue to a voter referendum.

"These vouchers take money out of public schools, that alone is enough to make most people stop and say 'What?'" Said Dawn Penich-Thacker, Save Our Schools Arizona co-founder and parent.

If they pass Proposition 305, voters would kill the law expanding access to education savings accounts.