Accessibility links
Clergy Sex Abuse Scandal Keeps Parishioners From Mass After a grand jury report alleging mass child abuse in the Catholic Church in Pennsylvania, some parishioners skipped Mass, including a family who says their identity and community are in question. 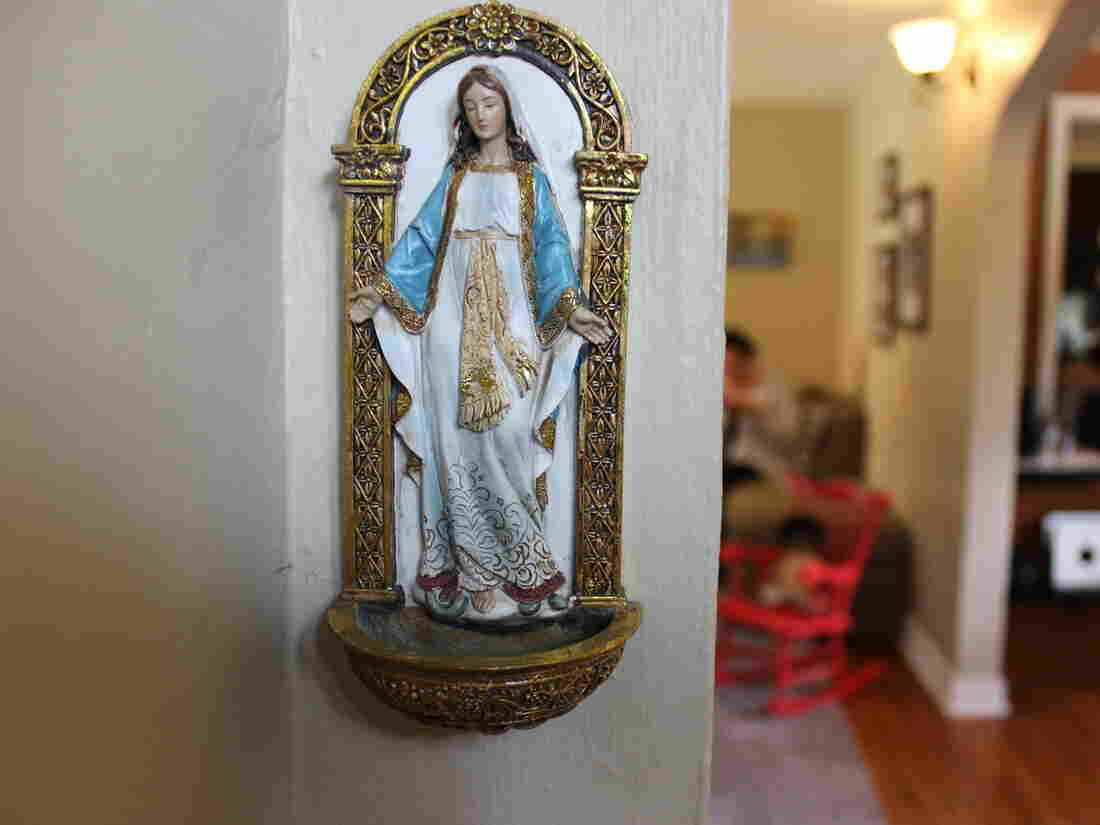 The Leers have a holy water holder in the threshold of their home in Wilkins Township, just outside of Pittsburgh. Virginia Alvino Young/WESA hide caption 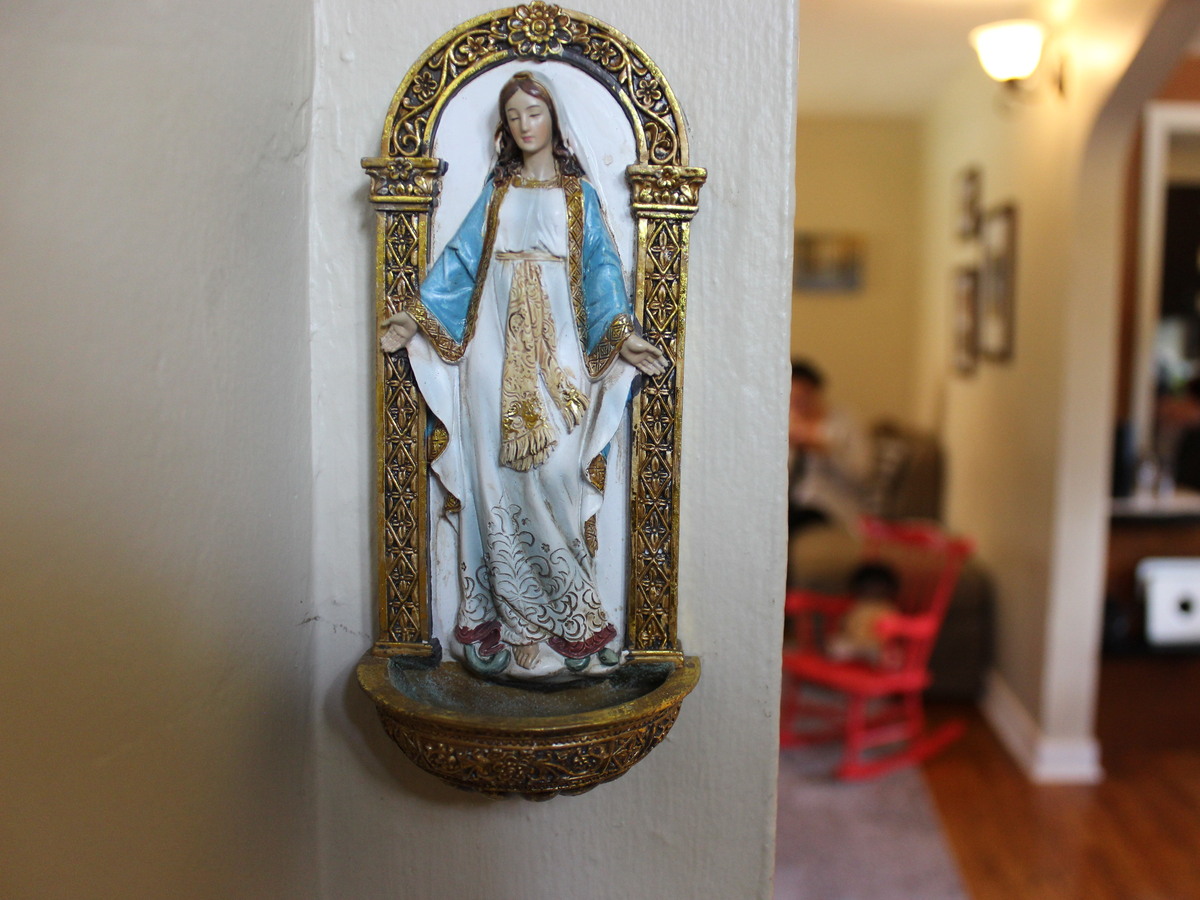 The Leers have a holy water holder in the threshold of their home in Wilkins Township, just outside of Pittsburgh.

Right inside the doorway of Courey and Andy Leer's house just outside of Pittsburgh, you're met with a golden cross, some palms, "and then we have a little Mary holy water holder," said Courey, 31. "We got some holy water for our wedding but we never like replenish it. It just hangs out there."

The Leers are among a number of Catholics in Pennsylvania who told NPR and its Pennsylvania stations that they opted to skip Mass this weekend, following the release of a grand jury report alleging widespread childhood sexual abuse in dioceses across the state.

The Leers were both raised Catholic, and for the past few months were increasingly active in their parish, attending more weekday Masses and even starting a new ministry. While they each said their spirituality is personal, for them, being Catholic is really more about identity and culture.

"I think for the longest time it wasn't a matter of 'how does this make you feel, what's your relationship with Jesus?' It was just 'yeah, we're Catholic.' It's what we do. It's what our family does," Courey said. 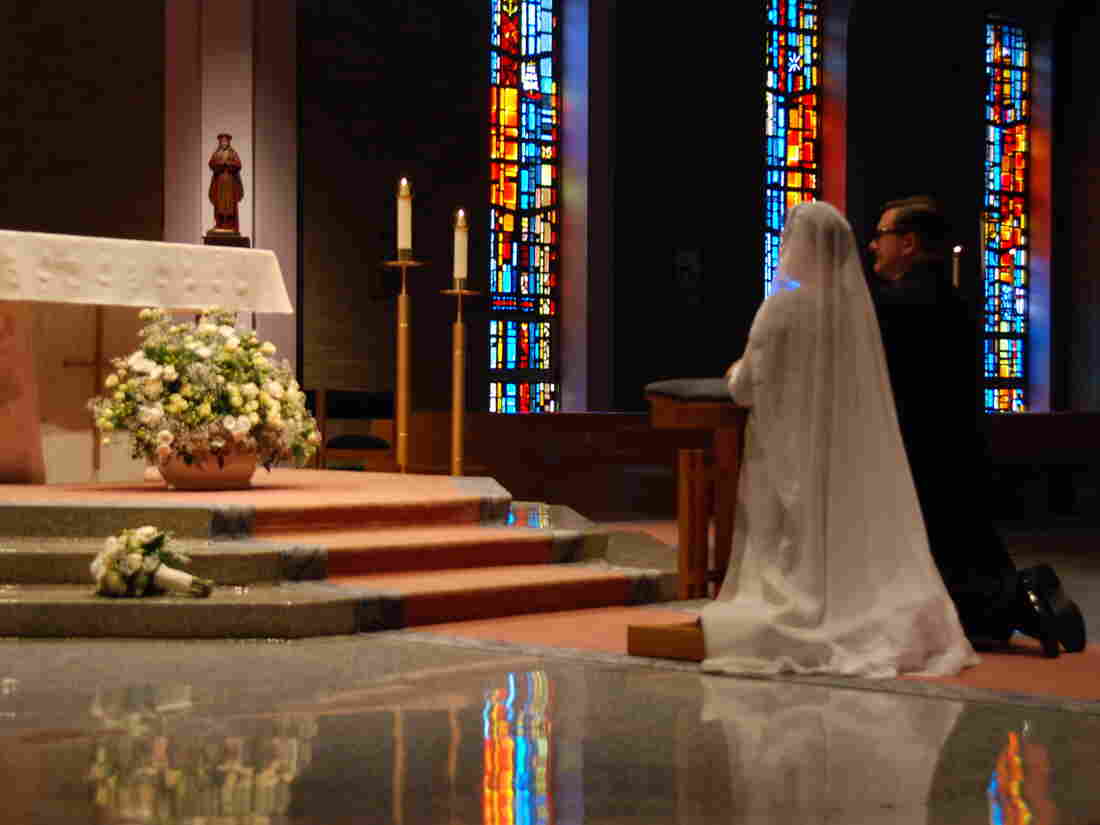 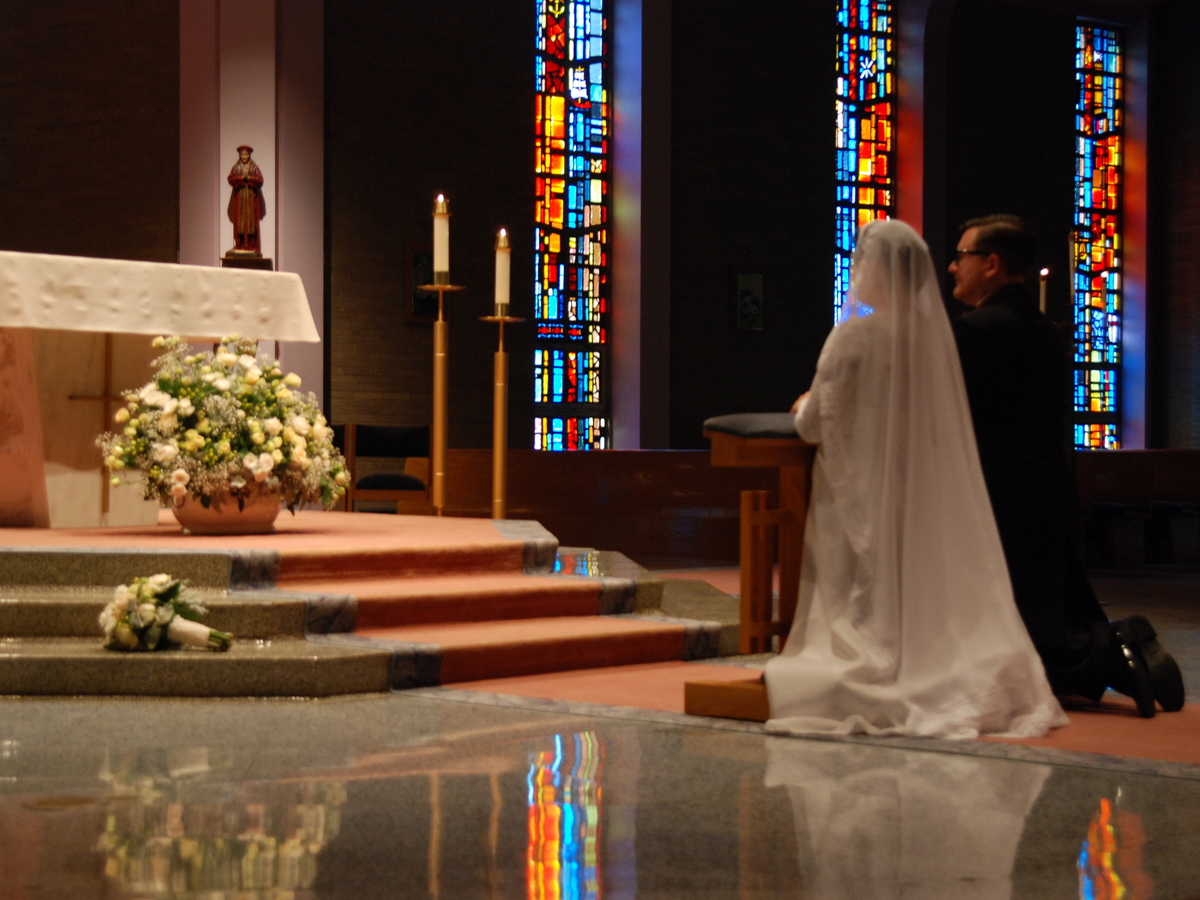 When they wed, Courey and Andy Leer held a traditional Catholic ceremony in St. John Fisher Parish in Churchill, Pa.

But for the past weeks, they've been grappling with the news about the grand jury's clergy abuse report.

Andy, 32, said it's not the first time he's been thinking about this. When he was a teenager, claims against his own priest surfaced. The allegations against Father Joseph Pease were a few decades old, and appeared to be isolated. Pease was relocated to another parish.

"So we were OK back then to say 'we've gotten rid of the bad apple, the rest of the bunch is OK,' " he said.

A few years ago he saw the movie Spotlight, about the investigation of sexual abuse in the Boston Archdiocese, and he understood the scope of what was going on.

"But it doesn't really hit until it's in your backyard," he said.

Pennsylvania's grand jury report alleges 300 so-called "predator priests" abused more than 1,000 boys and girls across the state. It also includes evidence of a systematic cover up by church leaders dating back decades. Pittsburgh's Bishop David Zubik said the church has learned from the past, and implemented measures to prevent that from happening again.

"So it goes beyond just the priests and their superiors," she said. "It leads me to question entire Catholic communities. Who knew what? And not only why didn't they expose them, but, how long have people been turning the other way?"

Even before the report was released, Mass attendance had been declining for years within the Pittsburgh Diocese. Now, the Leers said they don't feel right attending services while so many others have been hurt by the church. They said they're standing in solidarity with the victims rather than the institution.

Courey did attend services with her 2-year-old daughter the day after the report was released, but they didn't stay long.

"I think a part of me was thinking I'm going to go to Mass and I'm going to get an OK to leave and not come back," she said. "And of course that's not going to happen. Part of me just wanted someone to say 'we really messed up, it's all on us, and you guys use your own moral discretion to decide what's best because we have no moral authority.'"

She said her priest did acknowledge the report, but offered little more than prayers.

"And my daughter ran off and she found this beautiful long stained glass window, and the sun was coming in, and she was exploring all the lights coming through. There was yellow and blue and red, and it was beautiful, and to a 2-year old that's what makes church special," Leer said.

Courey said the beautiful sacred space is what makes church special to her, too. Right after the homily, the two stood up and walked out the doors.

"And I'm thinking 'is this our last Mass?' And it's hard. I can't fathom when she's 8 years old saying 'no we don't go to church, sorry you can't receive communion, even though your mom and dad did, your grandparents did, you don't get to do that.' "

The Leers said they'll miss the sacraments, community dinners, and the music ministry. But they would like to see church leaders push for more investigations into sexual abuse at diocese across the country.

After the report was released, Pittsburgh's Bishop David Zubik told his parishioners that an expert will review the diocese's abuse prevention and reporting policies. The church said it will also create a new position to monitor clergy who have been removed from ministry.

The Leers don't know what it will take for them to go back, but said it will take time for their faith to be restored in the Catholic Church.