Accessibility links
U.N. Experts: Some Saudi-Led Airstrikes In Yemen Could Be War Crimes A report for the U.N. Human Rights Council says the Western-backed coalition has carried out indiscriminate airstrikes on schools, hospitals, markets and residential areas. 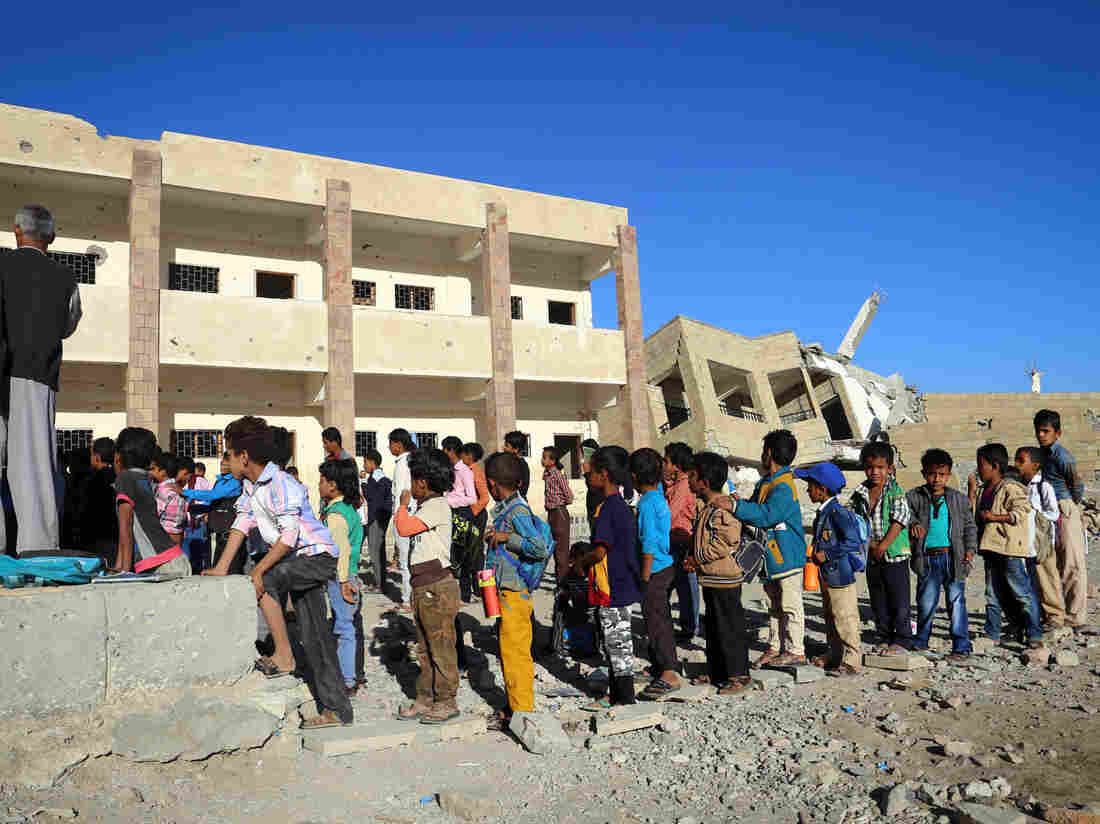 Yemeni children gather outside their classroom in Dec. 2016, at a school that was recently damaged in a Saudi-led air strike in the country's third-city of Taez. Ahmad Al-Basha/AFP/Getty Images hide caption 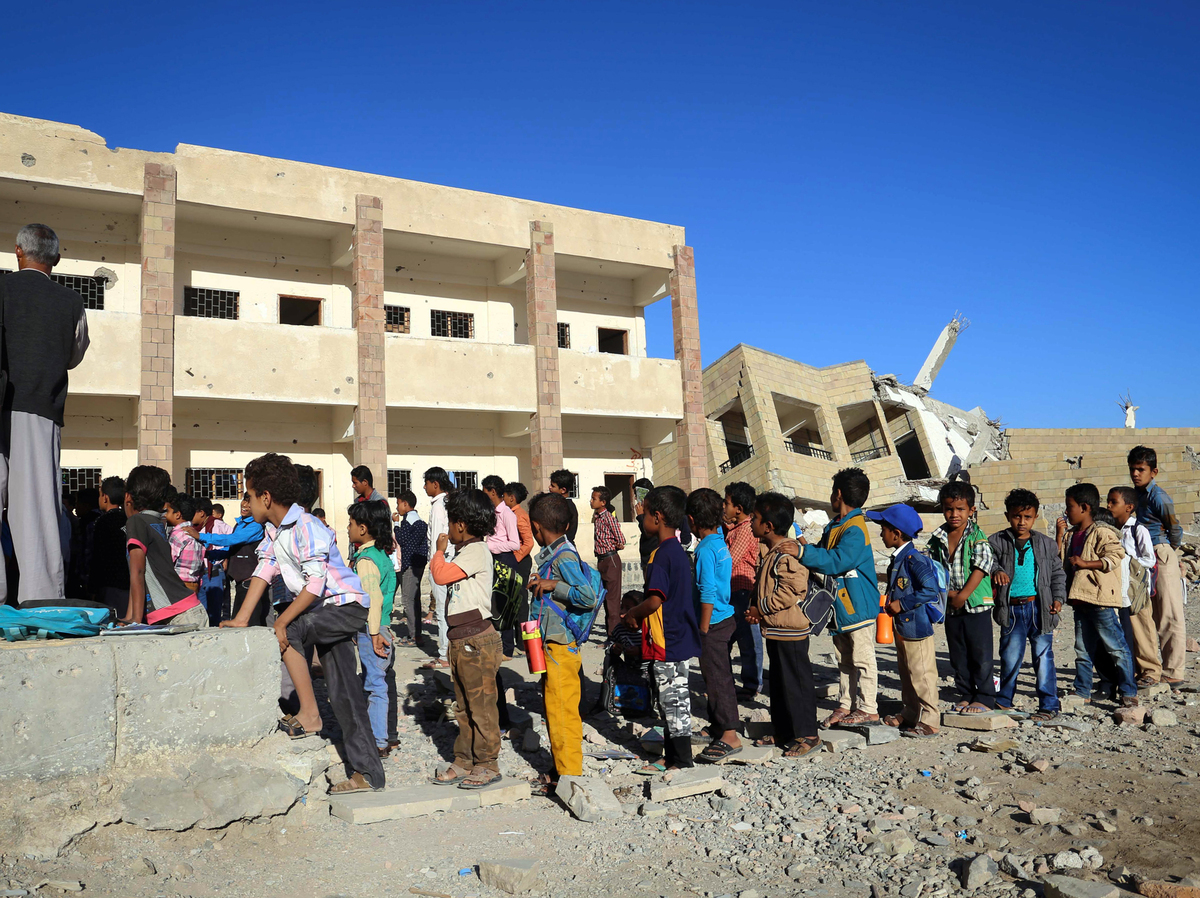 Yemeni children gather outside their classroom in Dec. 2016, at a school that was recently damaged in a Saudi-led air strike in the country's third-city of Taez.

In a report for the United Nations Human Rights Council, the experts also detailed incidents of rape, torture, disappearances and recruitment of child soldiers, carried out by both the coalition – which also includes the United Arab Emirates and the government of Yemen — as well as the Iran-allied Houthi rebels they are fighting.

"The Group of Experts has reasonable grounds to believe that the Governments of Yemen, the United Arab Emirates and Saudi Arabia are responsible for human rights violations, including unlawful deprivation of the right to life, arbitrary detention, rape, torture, ill-treatment, enforced disappearance and child recruitment, and serious violations of freedom of expression and economic, social and cultural rights, in particular the right to an adequate standard of living and the right to health," according to the 41-page report released Tuesday in Geneva.

Yemen has been engulfed in a brutal civil war since 2015, when Houthi rebels overthrew the government. The U.S. has backed the Saudi-led coalition fighting to restore the ousted government.

The report points to indiscriminate bombing that has killed an estimated 6,660 civilians and wounded more than 10,000 others since March 2015. "However, the real figures are likely to be significantly higher," the report says.

"Coalition air strikes have caused most of the documented civilian casualties," it said.

U.N. Reportedly In Talks To Take Over Major Port In Yemen

"In the past three years, such air strikes have hit residential areas, markets, funerals, weddings, detention facilities, civilian boats and even medical facilities," it said, adding that 11 such incidents raised "serious concerns" about the coalition's targeting process.

The report said "if there are errors in the targeting process that effectively remove the protections provided by international humanitarian law, these would amount to violations. These may, depending on the circumstances, amount to war crimes by individuals at all levels in the member states of the coalition and the Government, including civilian officials."

Kamel Jendoubi, chairperson of the Group of International and Regional Eminent Experts on Yemen who authored the report, said in a statement that "there is little evidence of any attempt by parties to the conflict to minimize civilian casualties."

"I call on them to prioritise human dignity in this forgotten conflict," he said.

The report said that at the Bureiqa migrant detention center in Aden, "Rapes and sexual assault reportedly occurred in various parts of the facility, often in full view of other detainees, including family members, and guards. Survivors and witnesses described to the experts how each night guards selected women and boys for abuse. One former detainee described a guardroom with three beds where several guards assaulted several women simultaneously. Women were told to submit to rape or commit suicide."

The experts said that according to "witnesses and sources, in some areas Houthi-Saleh forces forcibly recruited children in schools, hospitals and door to door." In other areas, the rebels relied on "appeals to patriotism and financial incentives to attract child recruits."

The report outlined arbitrary detentions, enforced disappearances and torture, as well as violations of freedom of expression. It also said that the coalition's inspection procedures at the main port of Hodeidah had a "chilling effect on commercial shipping" that have resulted in limiting food shipments into Yemen, where 8.4 million people face famine, it said.

The Associated Press writes, "Since March last year, the U.N.'s humanitarian aid agency has called Yemen the world's worst humanitarian crisis - with three-fourths of its population of over 20 million in need of humanitarian assistance. The war has devastated the country's health system and provided the breeding grounds for the world's largest cholera outbreak last year."