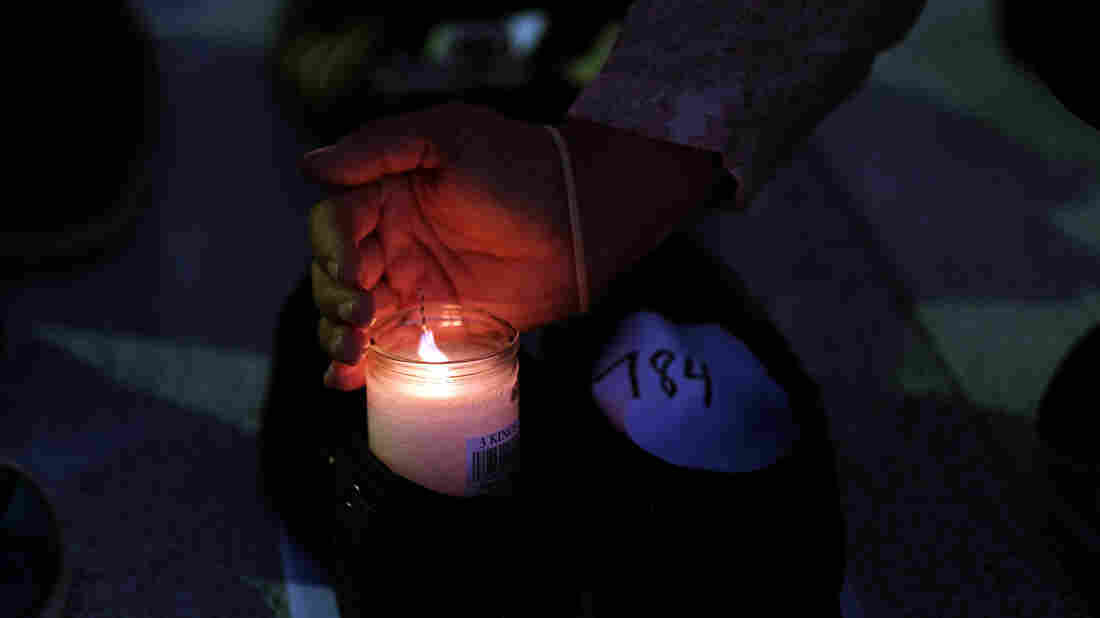 A woman lights a candle inside a pair of shoes that were among hundreds displayed in memory of those killed by Hurricane Maria in front of the Puerto Rican Capitol, in San Juan in June. Ricardo Arduengo/AFP/Getty Images hide caption 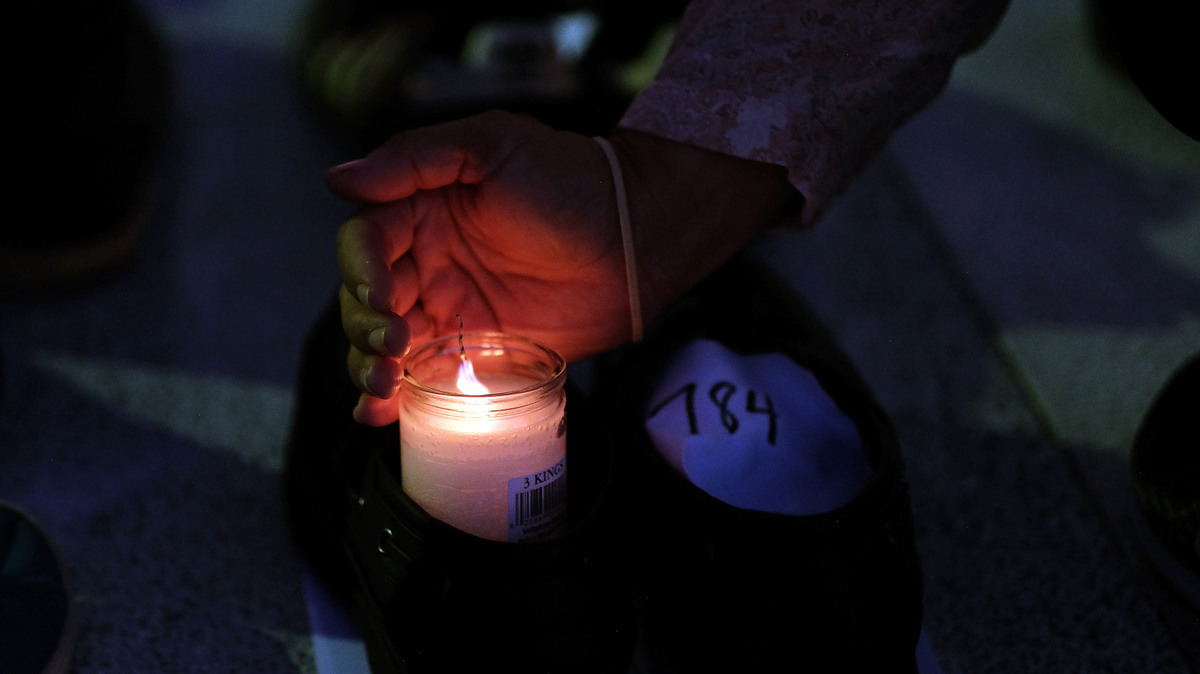 A woman lights a candle inside a pair of shoes that were among hundreds displayed in memory of those killed by Hurricane Maria in front of the Puerto Rican Capitol, in San Juan in June.

The researchers' findings had been long-awaited. Puerto Rico Gov. Ricardo Rosselló commissioned the independent study in February, after months of public pressure over his administration's failure to adequately count the number of hurricane dead. At the time he commissioned the study, the governor said the research team would have the Puerto Rican government's full cooperation, including access to all mortality data.

As a result of Maria, researchers estimate 22 percent more people died during the six months after the storm than would have had the hurricane not struck. They also said those most likely to have died were poor people and the elderly.

"The results of our epidemiological study suggest that, tragically, Hurricane Maria led to a large number of excess deaths throughout the island," Carlos Santos-Burgoa, the study's lead researcher, said in a statement. "We hope this report and its recommendations will help build the island's resilience and pave the way toward a plan that will protect all sectors of society in times of natural disasters."

Since December, the government's official hurricane death toll has been stuck at 64, though the government has acknowledged that number was likely far too low and would be adjusted once the researchers had completed their study.

In addition to their new death count estimate, researchers found that the Puerto Rican government did a poor job communicating with the public about the death count — and more broadly did not have an adequate disaster communications plan in place, which the researchers said contributed to public confusion.

According to interviews, researchers found that many health and forensics officials on the island also were uninformed about how to document hurricane-related deaths.

Speaking to reporters in San Juan on Tuesday, the governor acknowledged he'd made mistakes. "This could have been done differently," Rossello said. "I recognize all that,"

In the absence of a rigorous effort by Puerto Rico's government to count its dead in the weeks and months after the storm, several media outlets and outside researchers worked to arrive at their own figures. Most recently, Harvard University researchers published a study that estimated the number of hurricane-related deaths likely ranged from about 800 to 8,500. That study had a wide margin of error because it was based on household surveys.

In addition to updating the island's official death count Tuesday, the governor said he had created a commission to look into how his government could execute a number of recommendations the study's authors made for handling a death count after future disasters. And he said he had begun speaking to architects at the University of Puerto Rico about designing a memorial honoring the dead.

The George Washington University researchers said their findings are more accurate because they are based on access to government mortality data and death certificates, and account other variables, including the number of people believed to have left Puerto Rico after the hurricane.