Accessibility links
Catholic Lay Group Wants More Responsibility To Investigate Clergy Sexual Abuse A panel of lay advisers to U.S. Catholic bishops sees a "systemic problem" in the church that can only be addressed independently of Catholic authorities. 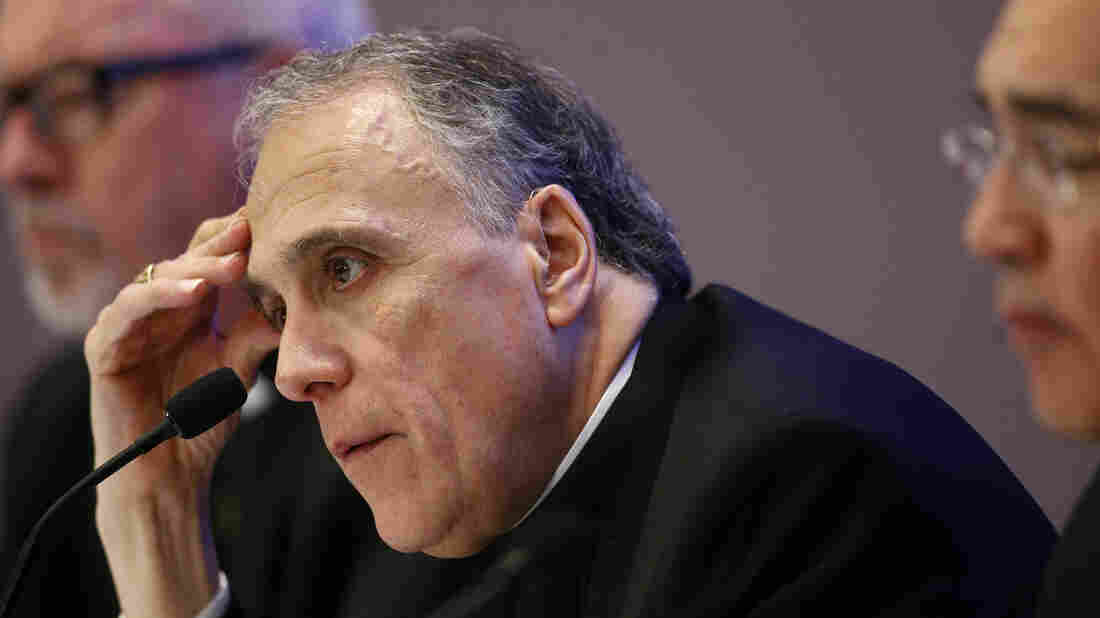 Cardinal Daniel DiNardo of the Archdiocese of Galveston-Houston is president of the United States Conference of Catholic Bishops. Patrick Semansky/AP hide caption 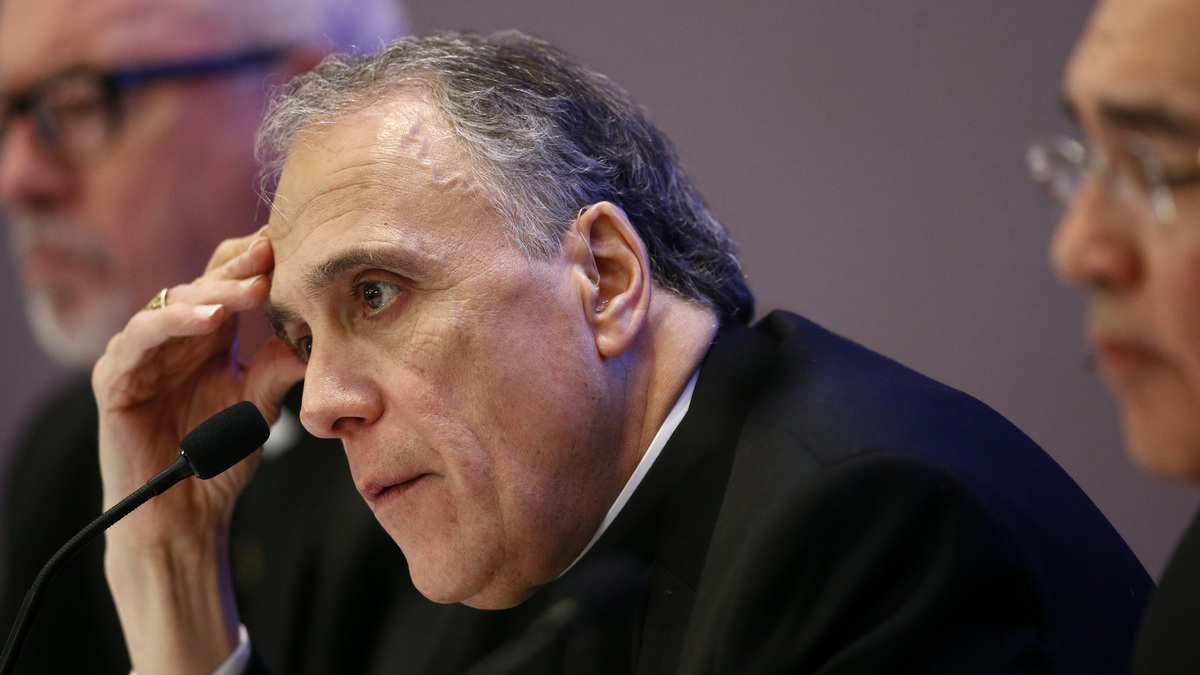 Cardinal Daniel DiNardo of the Archdiocese of Galveston-Houston is president of the United States Conference of Catholic Bishops.

A group of Catholics empowered to advise U.S. bishops on their handling of clergy sex abuse is accusing the bishops of "a loss of moral leadership" and recommending that lay Catholics like themselves should henceforth be responsible for investigating clergy misconduct.

The National Review Board, a lay panel established in 2002 by the U.S. Conference of Catholic Bishops, said in a strongly worded statement that allegations against former Washington, D.C., Archbishop Theodore McCarrick and accounts of clergy abuse detailed in a recent Pennsylvania grand jury report reflect "a systemic problem within the Church that can no longer be ignored or tolerated by the episcopacy in the United States."

The NRB was created as part of the U.S. bishops' response to revelations in 2002 that Catholic authorities had covered up evidence of criminal sexual misconduct by Catholic clergy in the Boston area. The 11-member panel was supposed to work "collaboratively" with the bishops' Committee for the Protection of Children and Young People, but the statement released Tuesday suggested that model had proved inadequate.

"The evil of the crimes that have been perpetrated reaching into the highest levels of the hierarchy will not be stemmed simply by the creation of new committees, policies, or procedures," the group charged. "Holding bishops accountable will require an independent review [of an abuse allegation]. ... The only way to ensure the independence of such a review is to entrust this to the laity."

They didn't trust lay people to know what the problem was.

The review board's statement echoes past criticism that bishops for too long have insisted that they alone are responsible for policing each other, a process they term "fraternal correction."

"They didn't trust lay people to know what the problem was," says Nicholas Cafardi, dean emeritus at Duquesne University Law School and a former NRB chairman.

In its statement, the NRB called for the establishment of "an anonymous whistleblower policy" modeled after those employed in corporations, higher education and other public and private institutions, to be administered by an organization independent of the Catholic hierarchy. Such a group, the NRB recommended, should be established immediately and given the responsibility of reporting allegations of clergy abuse "to the local bishop, local law enforcement, the nuncio and Rome." (A nuncio is the Vatican ambassador to a country.)

Efforts to strengthen bishop accountability have been hampered by the fact that under Catholic canon law, a bishop can be removed from his position only by the pope.

Pope Francis has regularly criticized excessive "clericalism" in church culture, the tendency to elevate priests and bishops to a status where they may acquire something close to impunity.

"It's priests not wanting to say something bad about another priest, or a bishop not wanting bad things to be known about a priest of his diocese," says Cafardi. "That's clericalism. It's when bishops don't trust us with the truth."

The NRB push to give the Catholic laity more authority has some support within the U.S. church. The president of the U.S. bishops' conference, Cardinal Daniel DiNardo of Galveston-Houston, announced earlier this month that the conference is working on a reform plan, one aspect of which would be to increase lay involvement in the investigation of bishop misconduct.

"Lay people bring expertise in areas of investigation, law enforcement, psychology, and other relevant disciplines," DiNardo said, "and their presence reinforces our commitment to the first criterion of independence."