Accessibility links
California Becomes First State To End Cash Bail After 40-Year Fight "Today, California reforms its bail system so that rich and poor alike are treated fairly," Gov. Jerry Brown said. He first advocated for an overhaul in his 1979 State of the State Address. 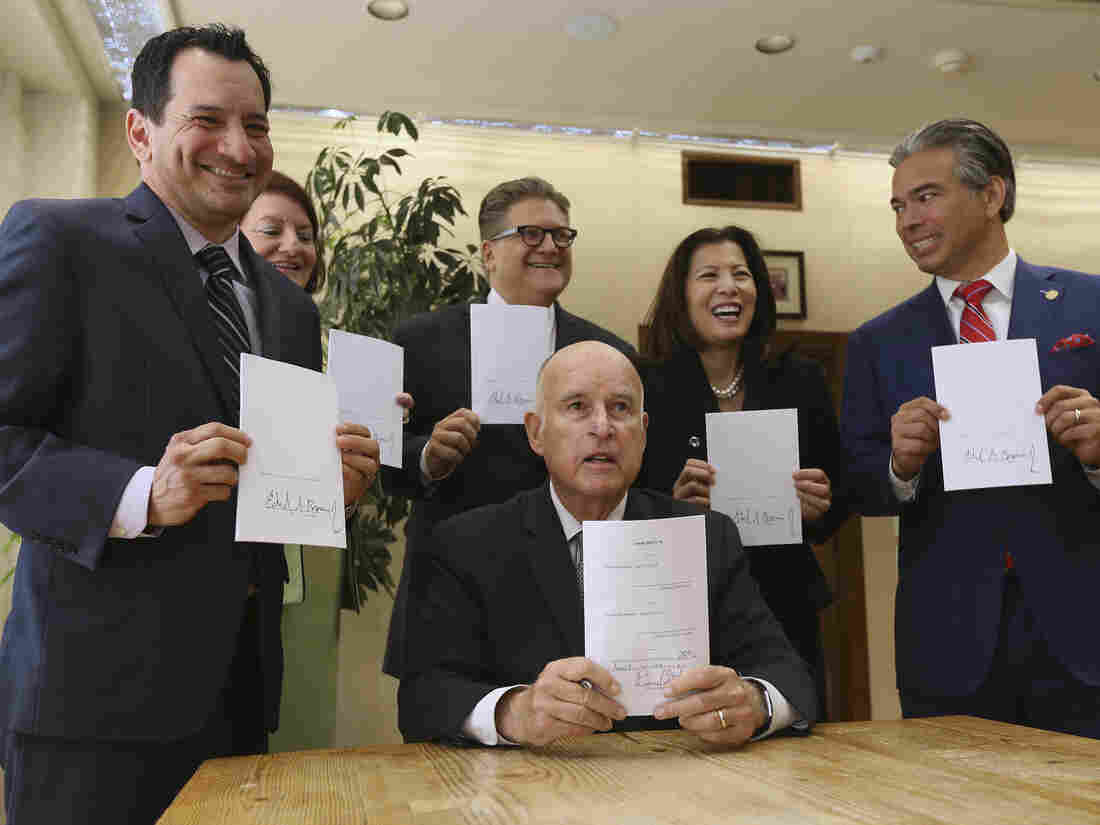 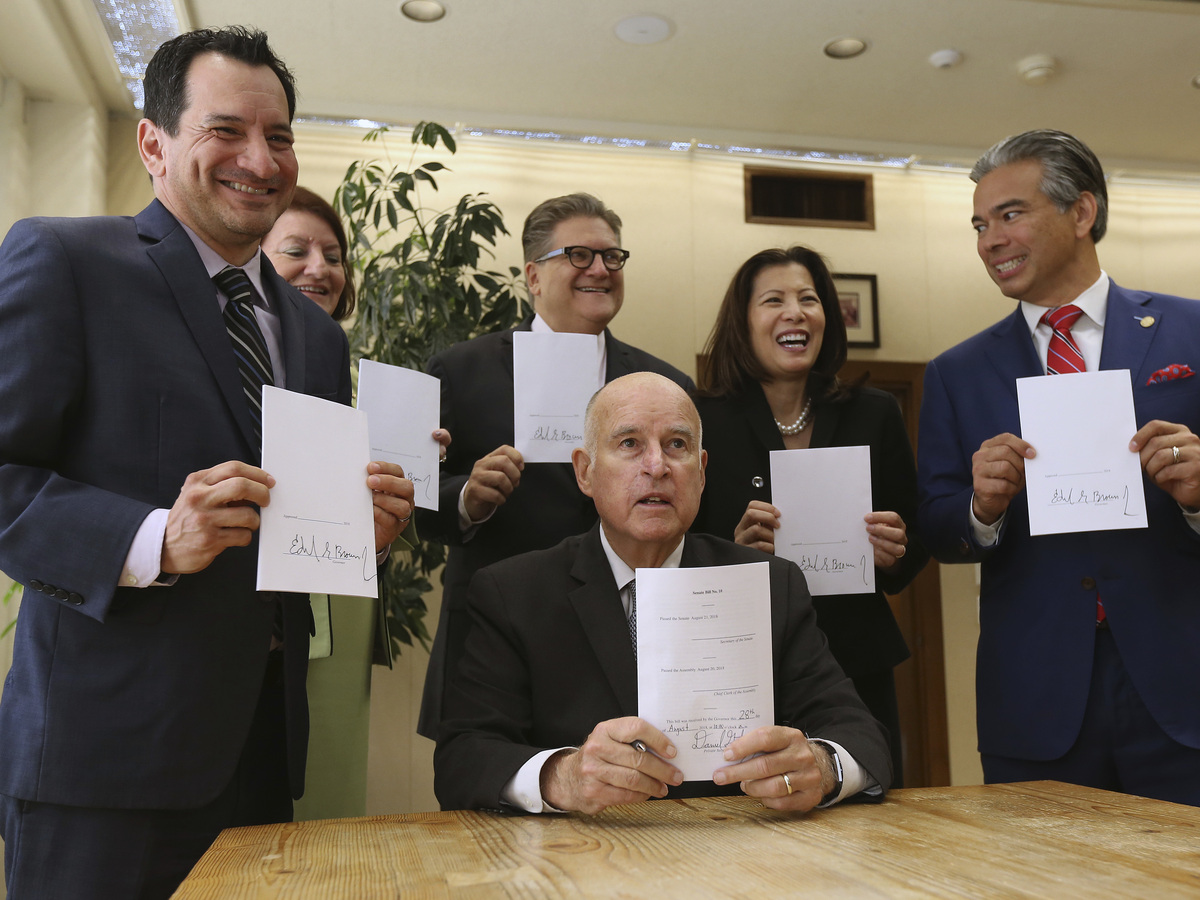 California will become the first state in the nation to abolish bail for suspects awaiting trial under a sweeping reform bill signed by Gov. Jerry Brown on Tuesday.

An overhaul of the state's bail system has been in the works for years, and became an inevitability earlier this year when a California appellate court declared the state's cash bail system unconstitutional. The new law goes into effect in October 2019.

"Today, California reforms its bail system so that rich and poor alike are treated fairly," Brown said in a statement, moments after signing the California Money Bail Reform Act.

The governor has waited nearly four decades to revamp the state's cash bail system. In his 1979 State of the State Address, Brown argued the existing process was biased, favoring the wealthy who can afford to pay for their freedom, and penalizing the poor, who often are forced to remain in custody.

"Our path to a more just criminal justice system is not complete, but today it made a transformational shift away from valuing private wealth and toward protecting public safety," Sen. Robert Herzberg, a co-author of the bill, said in a statement. "California will continue to lead the way toward a safer and more equitable system."

Washington, D.C., already has a cashless bail system. Other states, including New Jersey, have passed laws that reduce their reliance on money bail. And other states are considering making similar changes.

Under the California law those arrested and charged with a crime won't be putting up money or borrowing it from a bail bond agent to obtain their release. Instead, local courts will decide who to keep in custody and whom to release while they await trial. Those decisions will be based on an algorithm created by the courts in each jurisdiction.

In most nonviolent misdemeanor cases, defendants would be released within 12 hours. In other instances, defendants will be scored on how likely they are to show up for their court date, the seriousness of their crime, and the likelihood of recidivism.

Some people could be released on other conditions, including monitoring by GPS or regular check-ins with an officer.

The goal of the legislation is to eliminate human bias in court proceedings, but critics argue the new system that will be created by the courts runs the risk of perpetuating discrimination.

Meanwhile, the American Civil Liberties Union of California, an original co-sponsor of the bill, pulled its support, arguing that last-minute changes give judges too much discretion in determining under what circumstances people will be released or kept in custody.

"We are concerned that the system that's being put into place by this bill is too heavily weighted toward detention and does not have sufficient safeguards to ensure that racial justice is provided in the new system," the ACLU's Natasha Minsker told NPR,

Raj Jayadev, co-founder of advocacy organization Silicon Valley De-Bug, said like the ACLU, his group is a former supporter of the bill. Ultimately, as it is written, he told the Sacramento Bee, the law discriminates against the poor.

"They took our rallying cry of ending money bail and used it against us to further threaten and criminalize and jail our loved ones."

And there's the end to the state's bail bond industry.

"We're gone. We're done. As of today the bail industry will start shuttering their doors," Topo Padilla, President of the Golden State Bail Agents Association told NPR. The Wall Street Journal reports that that could affect 7,000 jobs, though Jeff Clayton, president of the American Bail Coalition, told NPR station KQED that it's likely that the bail industry will sue, putting the law on hold.

Padilla contended the law is bad for the people of California.

The law "straps the taxpayers with funding 100 percent of all pretrial release programs," and will lead to increasing detentions of people who otherwise would post bail, he said.