Accessibility links
Saving The World, One Science Fair At A Time: 'Inventing Tomorrow' This documentary "makes for riveting viewing" as it follows four teams of brilliant young people with ideas for combating environmental threats as they compete in an international science fair.

Saving The World, One Science Fair At A Time: 'Inventing Tomorrow'

Saving The World, One Science Fair At A Time: 'Inventing Tomorrow' 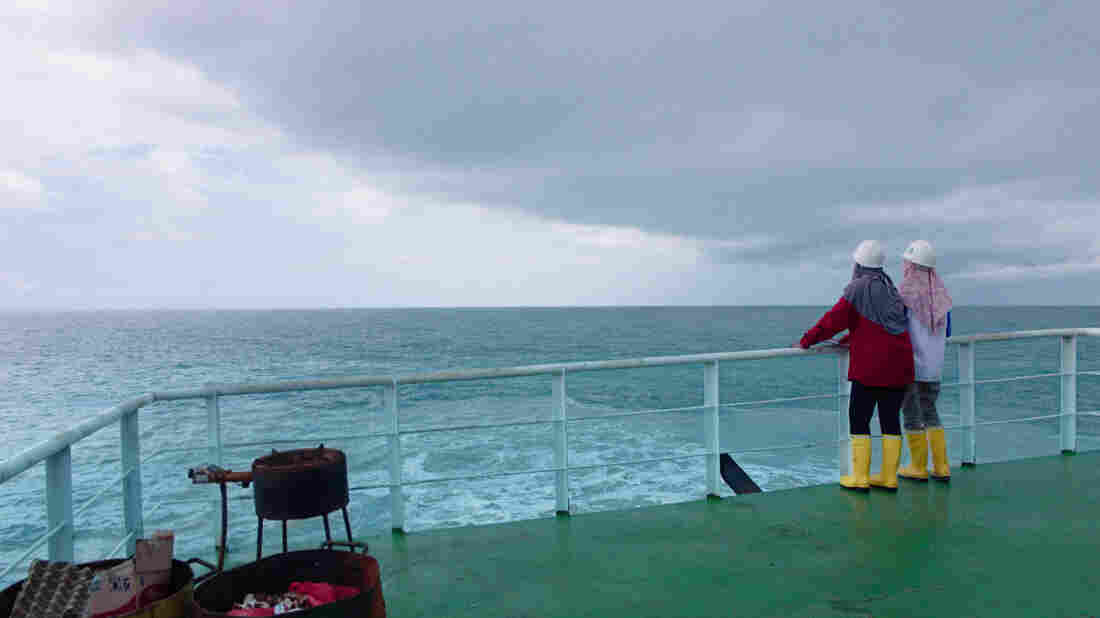 Indonesian high school student Nuha Itan (L) and a classmate gaze out from the deck of a tin-mining ship in the documentary Inventing Tomorrow. Fishbowl Pictures hide caption 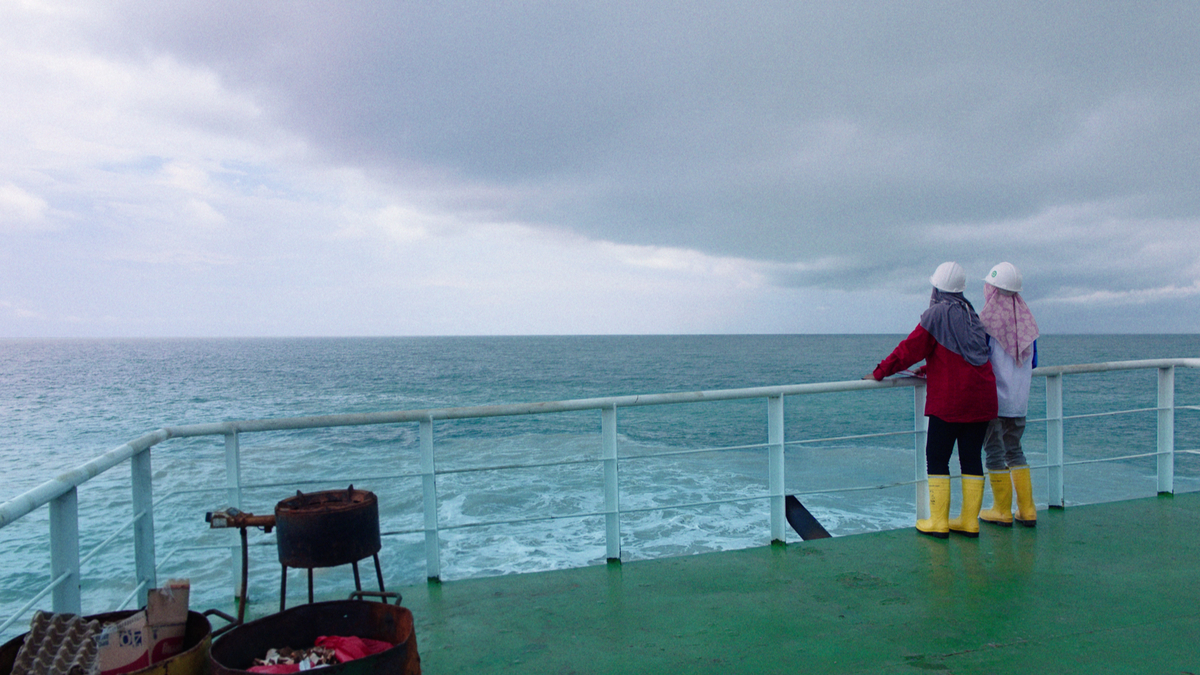 Indonesian high school student Nuha Itan (L) and a classmate gaze out from the deck of a tin-mining ship in the documentary Inventing Tomorrow.

Born into a decaying world, today's youth are only just beginning to grasp the extent to which their elders have neglected and sabotaged their futures. But the great irony of environmental science is that new, exciting advancements continue to be made even as the planet's hopes for long-term recovery slip further and further from our grasp.

Laura Nix's new documentary Inventing Tomorrow is thrilling for how it depicts teenaged scientists from around the world refusing to surrender to hopelessness. Instead they identify environmental threats around their homes and set about trying to fix them.

"It's inevitably our job as the next generation to tackle this," one of the film's subjects says early on, and that theme – inevitability – echoes throughout Nix's globetrotting adventure: a curse that these young adults have turned, through sheer force of will, into a calling.

Like many documentaries about talented teenagers in the long tail of the 2002 smash hit Spellbound, the film is structured around a competition. In this case, it's the Intel International Science and Engineering Fair, an annual event bringing together thousands of high school scientists from around the world to compete for scholarships and prestige. The fair celebrates scientific achievement in every field, and it's so rich in dramatic potential that last year's competition was the setting for two different documentaries: Science Fair, a Sundance-award-winner with the backing of National Geographic and Fusion, comes out in two weeks.

But unlike that flashier film, which profiles students in a broad range of scientific fields, all four of Nix's teams are submitting environmental projects they researched in their own backyards. A sharp, determined 16-year-old Indian girl named Sahithi is taking samples from a lake near her Bangalore home to determine the level of toxins present in the drinking water; the lake has morphed into a field, largely due to the amount of sewage being dumped into it. Nuha, a girl from Indonesia with an unforced optimism and a giant smile, is studying the harmful by-products of tin mining, an economic lifeline for her country that's also a heavy polluter of its natural resources. A team of anime-loving dudes from Mexico are developing a kind of paint that can use a photosynthesis-like procedure to offset the vast amounts of smog in their local atmosphere. And one Hawaiian teen named Jared, whose family has survived two tsunamis, is studying how extreme weather disperses harmful chemicals like arsenic across his island.

As the film tracks these four groups gathering their findings and then flying off to the competition in Los Angeles, it reminds us how underused the scientific process has been in cinematic storytelling. When the kids defend their research, they have to withstand pointed questioning from professionals. They're brilliant and occasionally charming, but they lack in social skills (Jared, in particular, seems to wither under the spotlight) and some struggle with the language. Seeing all that in play at once makes for riveting viewing. Other filmmakers telling science-based stories, particularly biopics of the field's giants like The Imitation Game and Hidden Figures, tend to glaze over such details for fear of alienating their less STEM-inclined viewers. By doing so they not only insult the intelligence of their audience, but also tend to rob science of the passion and excitement its practitioners have for their work. Nix has no such restrictions on her vision, and allows fierce debates over methodology to play out.

A longtime nonfiction director and producer, Nix last dipped into a feature-length environmental cause with The Yes Men Are Revolting, the third film in a series about the merry eco-pranksters. That one was hampered by its fidelity to its own cultish stars, and frequently had the feel of legacy-padding. Her subjects this time around are far more compelling figures, and her visual language, laced with melancholy, rises to their passion for their work. In one sequence, the Indonesia team takes a tiny boat out to a massive collection of ships where teams of tin miners are dredging up their prize; the girls come aboard fearlessly, stepping into the rusty brown latticework of aquatic machinery, to ask the men pointed questions about how they dispose of their waste. In another, we see how the byproducts of household detergents in Bangalore have formed massive buildups of phosphate, white featherweight blobs that often blow into the street like the world's deadliest bubble bath.

Many of the students in the film have the ultimate goal of getting private industry and public officials to cooperate on new policies that will end the harm to their communities. But the film chooses not to delve too much into the likelihood of that scenario. At a time when so much of industry and politics is financially invested in a culture of endless denial, glossing over this crucial component seems a bit naïve. Watching Inventing Tomorrow, we are reminded of just how vast and layered our current environmental crisis is, and how many different ways our diligence will be needed in the years ahead. But we are also reminded that crisis is a wonderful motivator, and when combined with youthful energy, maybe we can have permission to believe in tomorrow once again.