Accessibility links
What's Meat, Anyway? Missouri Label Law Says It Comes From An Animal; Some Disagree A state law prohibits plant-based products like soy deli strips from packing descriptors like "roast beef style" or "meaty." The ACLU and others are suing. 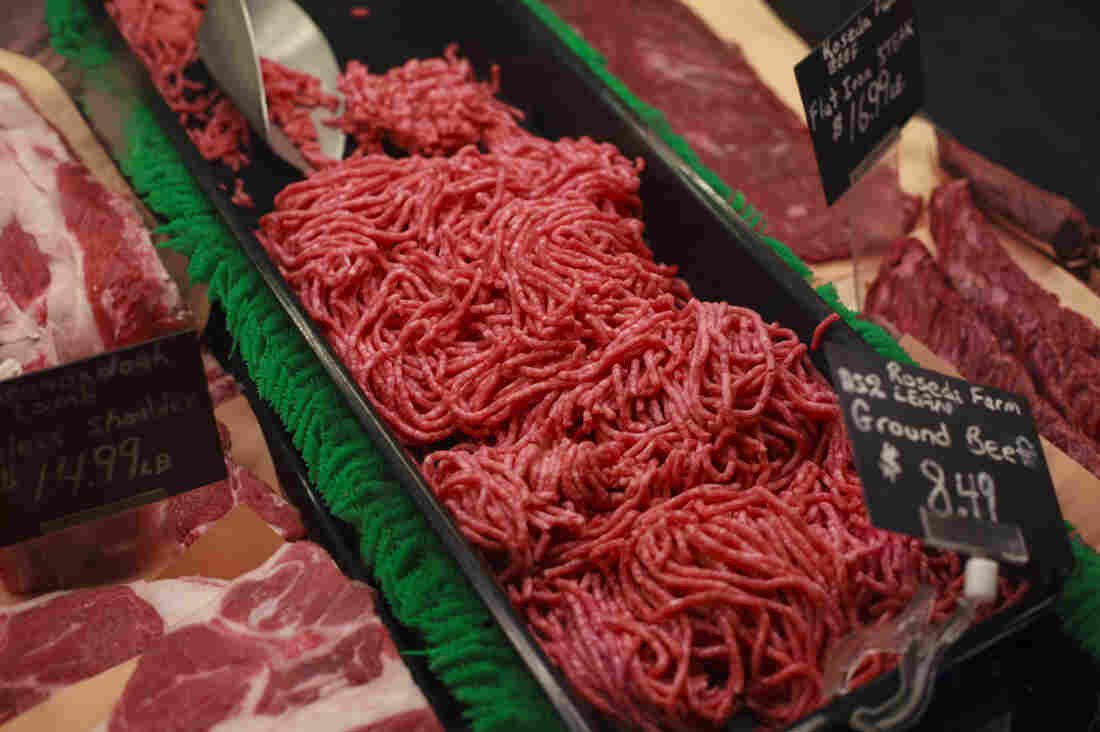 A variety of cuts of beef and ground beef are displayed for sale at Union Market in Washington, D.C. A new Missouri law says only products like these cuts that are "derived from harvested production livestock or poultry" can be labeled as meat. J. Scott Applewhite/AP hide caption 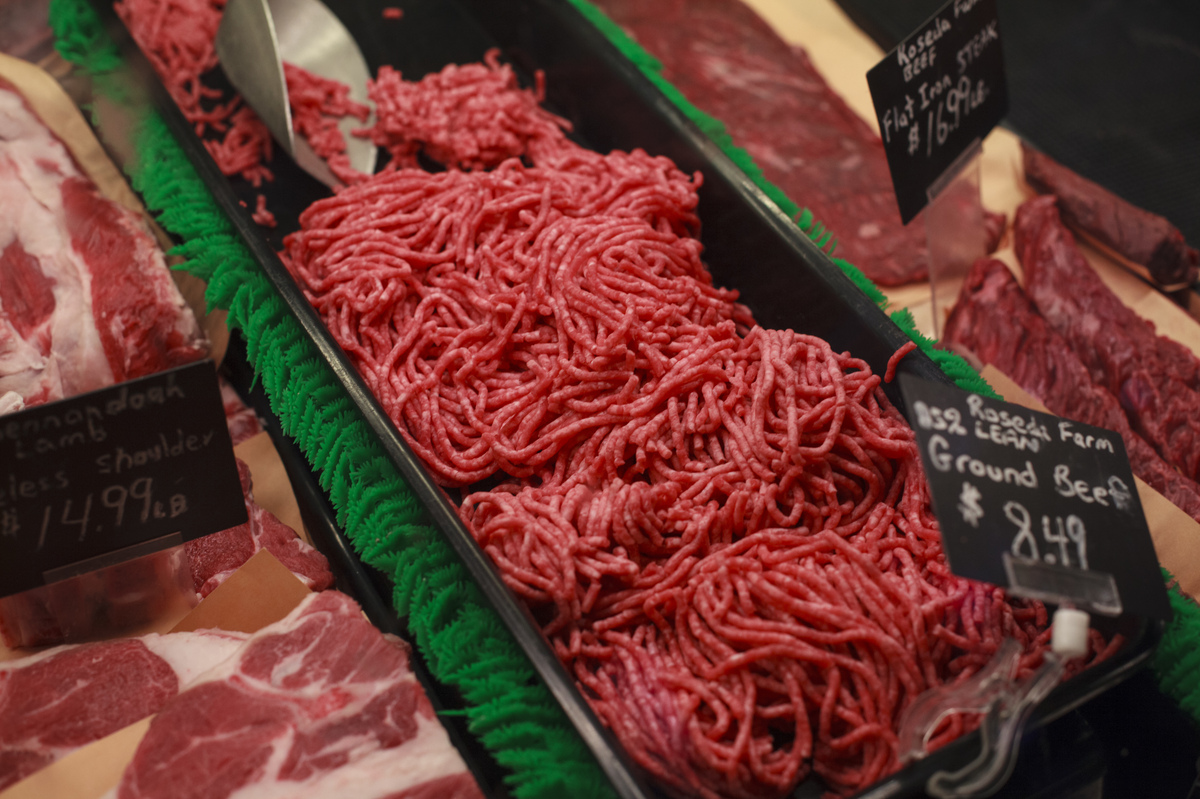 A variety of cuts of beef and ground beef are displayed for sale at Union Market in Washington, D.C. A new Missouri law says only products like these cuts that are "derived from harvested production livestock or poultry" can be labeled as meat.

The state enacted a law Tuesday requiring that only products that come from slaughtered, once-breathing animals can be marketed as meat. Specifically, the law defines meat as something "derived from harvested production livestock or poultry." The law's proponents say it protects consumers by letting them know exactly what's in their product.

Under the law, plant-based products can't be labeled with descriptors such as "ground beef style" without incurring financial penalties or up to a year's worth of jail time. The measure had received overwhelming bipartisan support, and then-Gov. Eric Greitens signed it into law on June 1, his last day in office.

A similar law is currently being considered at the federal level by the U.S. Department of Agriculture.

But four organizations have jointly filed suit against the state, saying the definition is misleading and stifles competition for plant-based products. Tofurky, The Good Food Institute, the American Civil Liberties Union of Missouri and the Animal Legal Defense Fund say that the law prohibits companies from accurately labeling their products in ways that consumers can understand.

"This law has nothing to do with consumer protection," the GFI said in a statement. "No one buys Tofurky 'PLANT-BASED' deli slices thinking they were carved from a slaughtered animal any more than people are buying almond milk thinking it was squeezed from a cow's udder."

What Free Speech Has To Do With Skim Milk, Condoms And Corporate Political Spending

Under the law, those aforementioned Tofurky deli slices would have to be described like "protein textured" rather than "meaty" or "soy roast beef."

Plaintiffs in the lawsuit say this infringes on First Amendment rights and prevents the clear and accurate labeling of plant-based and clean meat products. The ACLU of Missouri calls the law "a brazen attempt to stifle the growing grocery category of plant-based meat."

Demand for products like veggie burgers and sausages is growing. There has been a roughly 50 percent growth in U.S. non-meat eaters in the past decade. A report by Allied Market Industry expects the worldwide meat substitute industry to grow from last year's $4.1 billion to $7.5 billion by 2025.

This growth has caused some in the long-standing meat industry to adjust. Industry powerhouse Tyson Foods — the largest meat processor in the U.S. — has invested in plant-based companies within the past year. The National Cattlemen's Association, an advocate for the Missouri bill, listed "protecting consumers from 'fake meat' and misleading labels on products that do not contain real beef" as one of its top five priorities for 2018.

"Why try to mimic the traditional meat industry?" spokesman Mike Deering of the Missouri Cattlemen's Association told NPR in May. "Why put pictures of cattle and pictures of chickens on their product?"

Despite the meat industry's anxiety, Americans are eating more animal meat than ever — the U.S. Department of Agriculture says the average American will eat just over 222 pounds this year, eclipsing a 2004 record.

A similar lawsuit in Florida ruled on the side of free speech when a state law required a milk product to be labeled as "skim milk" only if it had the same level of vitamin A as whole milk. Skim milk dairy farmers sued, saying their products were skim milk and should be labeled as such, despite their lower levels of vitamin A.

The U.S. Court of Appeals ruled in the dairy farmers' favor, saying the farm's "use of the words 'skim milk' to describe its skim milk is not inherently misleading."

Sami Jo Freeman, a spokeswoman for the Missouri Department of Agriculture, told local press the department will defend the law. "As with any new piece of legislation, we are working to implement those changes in a way that Missouri will be proud of."

A previous version of this story incorrectly said Gov. Eric Greitens had signed the bill into law in July. Greitens resigned in May; he signed the bill on June 1, which was his last day in office. Additionally, we incorrectly identified Sami Jo Freeman as the spokeswoman for the Missouri attorney general. She is the spokeswoman for the state Department of Agriculture.