Accessibility links
Texas Nurse Loses Job After Apparently Posting About Patient In Anti-Vaxxer Group A Texas Children's Hospital nurse allegedly described a young patient with the measles in a Facebook post affirming her opposition to vaccines. The hospital says patient privacy is a "top priority." 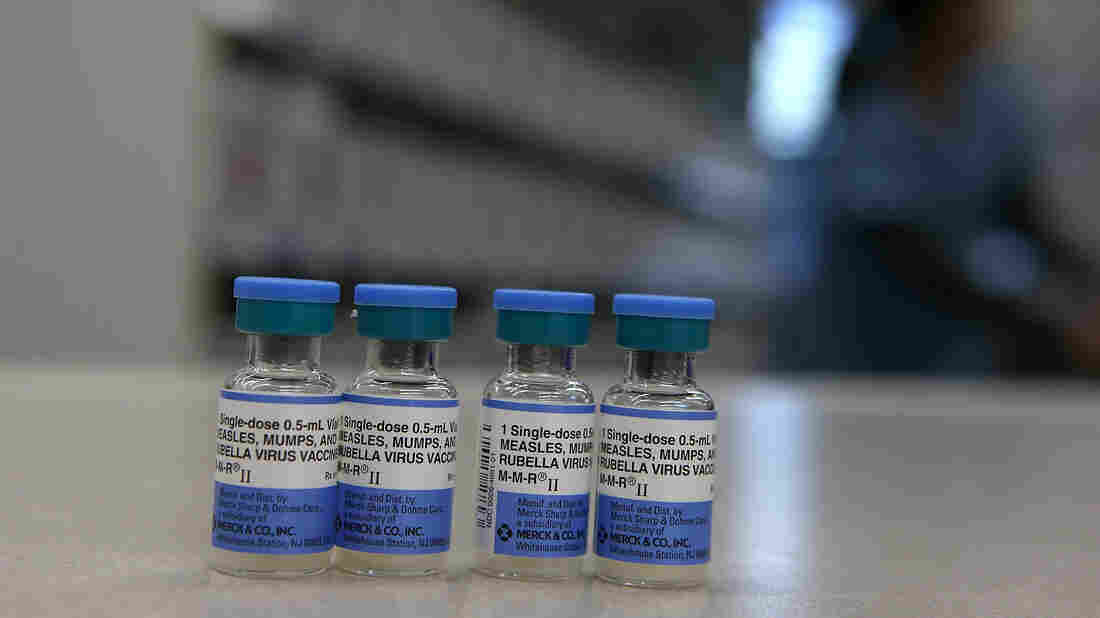 Vials of measles, mumps and rubella vaccine are displayed on a counter at a Walgreens Pharmacy in Mill Valley, Calif., in 2015. Justin Sullivan/Getty Images hide caption 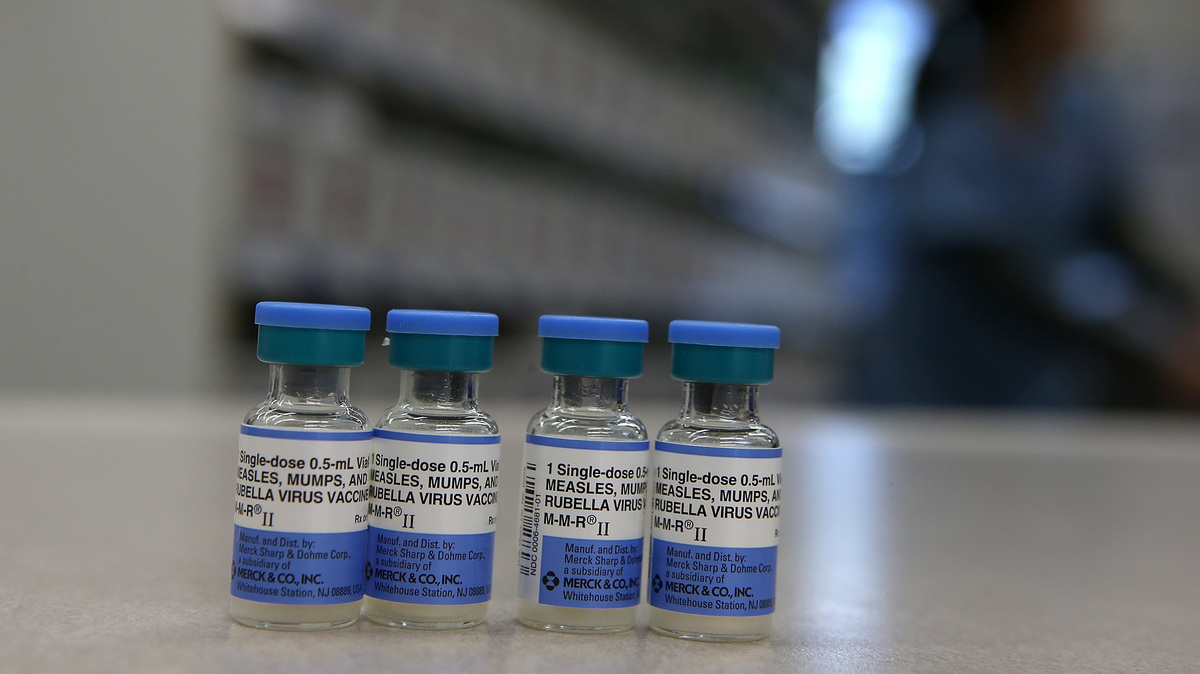 Vials of measles, mumps and rubella vaccine are displayed on a counter at a Walgreens Pharmacy in Mill Valley, Calif., in 2015.

A hospital in Texas has cut ties with a nurse who apparently posted about a young patient with the measles in a Facebook group dedicated to "anti-vaxxers," people who reject the scientific evidence of the safety and effectiveness of vaccines.

Screenshots show a self-identified nurse saying the sick child's symptoms helped her understand why people vaccinate their children, but that "I'll continue along my little non-vax journey with no regrets."

Texas Children's Hospital tells NPR via email that a nurse "posted protected health information regarding a patient on social media." The hospital did not name the nurse.

"We take these matters very seriously as the privacy and well-being of our patients is always a top priority," hospital spokeswoman Veronika Javor-Romeis tells NPR. "After an internal investigation, this individual is no longer with the organization."

"This is a highly contagious, vaccine-preventable infection," Javor-Romeis said. "We know vaccination is the best protection against measles."

The measles vaccine is extremely effective. But to prevent outbreaks and protect those who are not vaccinated, a high enough percentage of the population must be vaccinated to create "herd immunity."

Lower vaccination rates for measles and other preventable diseases have been tied to outbreaks in the U.S. and Europe. Experts point to anti-vaccine sentiments, fueled in part by a fraudulent paper in the late '90s that spread false information about vaccine risks.

Texas Children's Hospital would not specifically comment on whether the nurse's anti-vaccination position played a role in the hospital's investigation and the nurse's departure.

Javor-Romeis says all staff are "strongly encouraged" to receive routine immunizations, and that employees who opt out may not be allowed to work in some areas of the hospital.

The anti-vaccine Facebook posts in question were apparently shared in a group called "Proud Parents of Unvaccinated Children-Texas." As of earlier this month, the group had more than 5,000 members.

According to those screenshots, a user who said she worked as a PICU/ER nurse at the West Campus of Texas Children's Hospital told the group, "for the first time in my career I saw Measles this week."

"Honestly, it was rough. This kid was super sick ... it was terrible," she said. "By no means have I changed my vax stance, and I never will. But I just wanted to share my experience and how much worse it was than I expected."

She said she understood how some parents choose to vaccinate "out of fear," as she put it. In a follow-up she said she deleted some responses to avoid risking her job, and reiterated "we are not wrong in our beliefs/convictions."

Another screenshot shows her saying she considered "swabbing his mouth" to bring a live measles sample home to her child.

"We are aware of this situation and have started a thorough investigation," the hospital said in a response on Facebook. "We take these matters very seriously."

"The views of this employee do not represent that of the organization," the hospital added shortly after.

The screenshots were shared with the hospital on Friday, several days before the Texas Children's Hospital or Houston Health Department had officially announced a patient had the measles.

On Monday, the Houston Health Department said the case, which it described as "suspected" measles, involves a child between the ages of 1 and 3 who recently traveled overseas.

Before this patient, the last confirmed case of measles in Houston was in 2013, ABC 13 reports.