Accessibility links
Hard At Work At 84, Artist Sam Gilliam Has 'Never Felt Better' "I stopped drinking, I stopped smoking. I live for this period of being in the studio," he says. Known for his vibrant, draped fabrics, Gilliam is currently enjoying a resurgence in popularity. 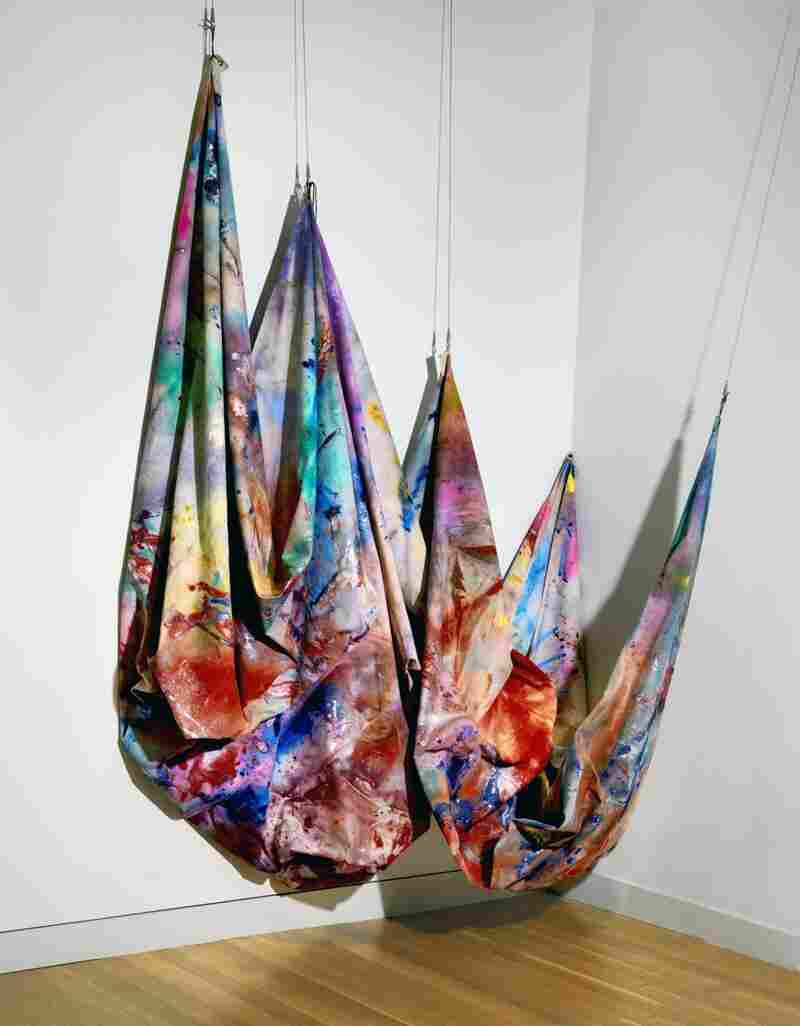 Artist Sam Gilliam is known for his vibrant, draped fabrics such as Swing from 1969. Smithsonian American Art Museum hide caption 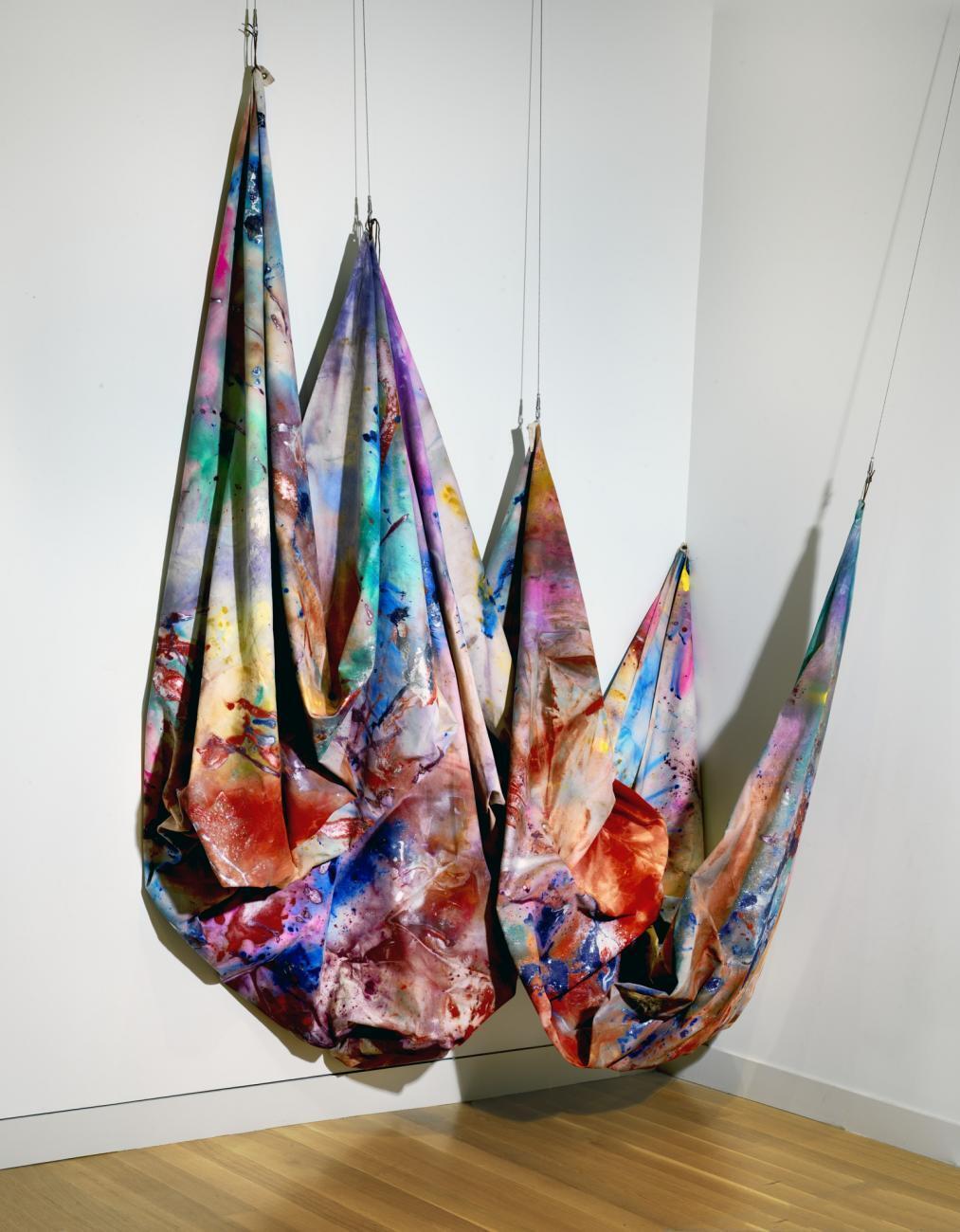 Artist Sam Gilliam is known for his vibrant, draped fabrics such as Swing from 1969.

Sam Gilliam found inspiration for his signature artworks in an unlikely place — a clothesline. In a Washington, D.C., studio that was once a drive-through gas station, the 84-year-old artist works surrounded by yards of vividly-painted fabric, hung like laundry from a line. The sheer, silky polyester puddles to the floor, catching light on the way down. The idea, he explains, is "to develop the idea of movement into shapes."

Over the decades, Gilliam's made plenty of other artworks — black paintings and collaged pieces — but it's the 3D draping that made his name in the 1970s, and is getting renewed attention now.

Back then, "it was in the air," Gilliam says. Jackson Pollock and others had been dribbling, spraying, pouring paint onto canvases spread on the floor. Then they picked up the works, and framed them. Gilliam's big idea was to eliminate the frame and hang his radiantly painted cloth in graceful free falls.

He likes that it will never be hung the same way twice — as the soft folds change, so does the painting.

Gilliam also works with paper — he folds it like a fan, and then pours color into it. "Once it's open you have a rhythm," he says. How it turns out is always a surprise. 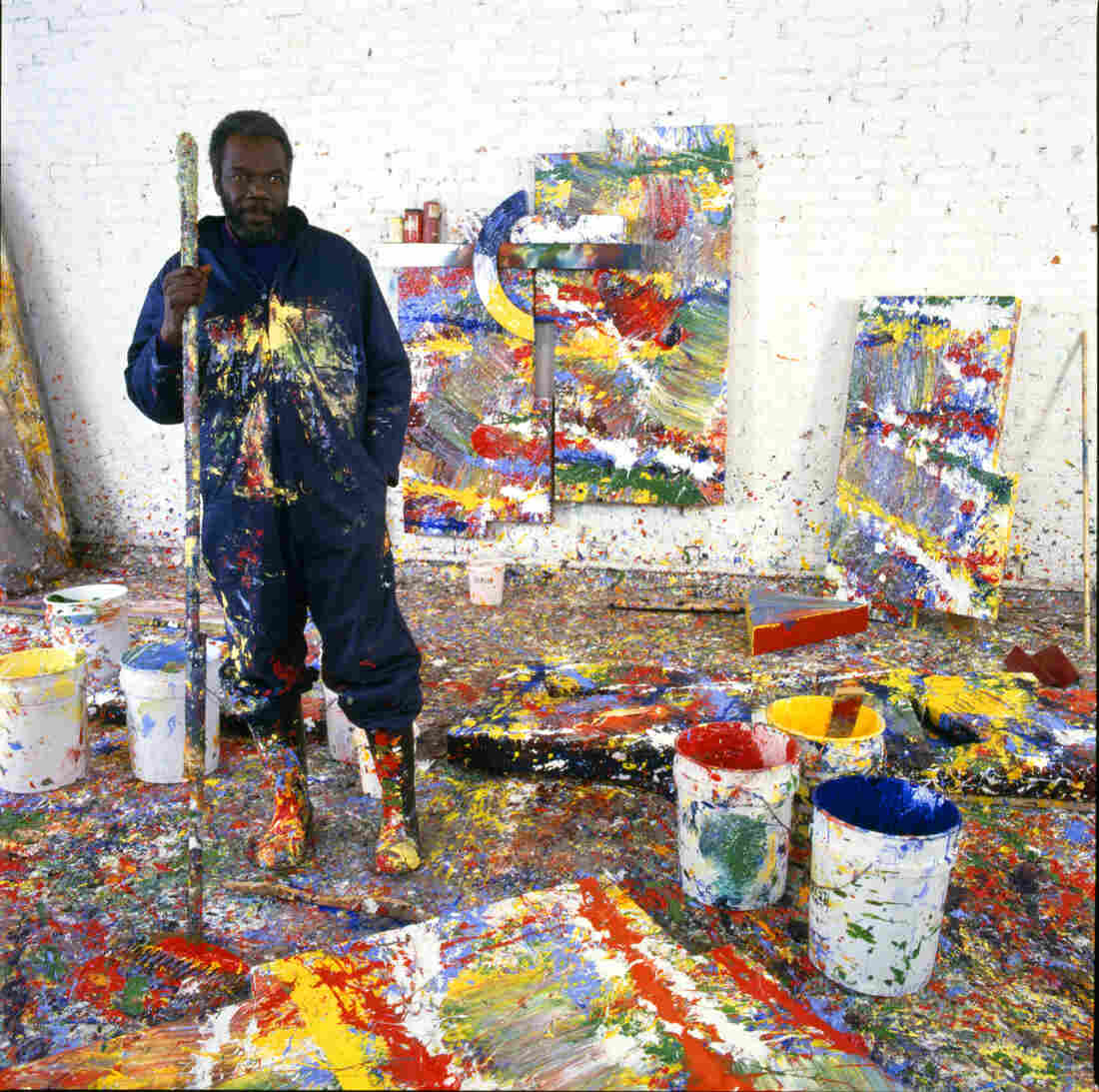 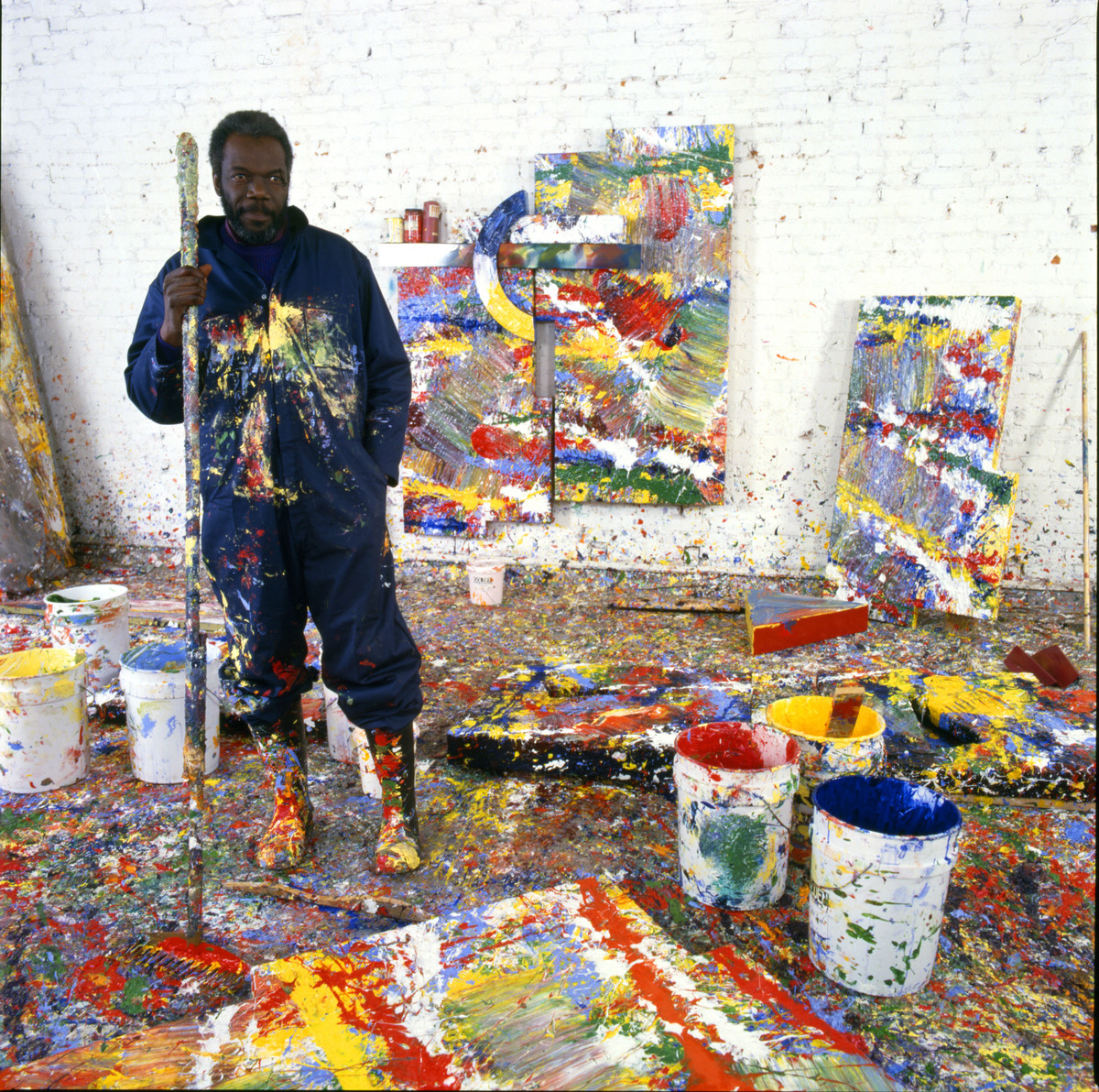 Gilliam poses in his paint-splattered Washington, D.C., studio in 1980.

These are small pieces — multi-colored Rorschach blots — and they sell nicely. They help Gilliam make the big stuff — such as the yards of draping, or a large public work at the National Museum of African-American History and Culture.

Gilliam's art can be hard to categorize, says Jonathan Binstock, who directs the Memorial Art Gallery at the University of Rochester.

Gilliam has been having some health problems, and is on dialysis three times a week. But he's doing well.

"I've never felt better in my life," he says. "I stopped drinking, I stopped smoking. I live for this period of being in the studio and actually working."

It's exciting — moving colors around, seeing how it will turn out.

And all that work is paying off; Gilliam's works are in major museums around the world, and he's enjoying a resurgence in popularity, with commissions, six-figure sales and recently, a one-man show in Switzerland.

In his bright, northwest Washington studio, rambling a bit, his voice soft, an occasional twinkle in his eyes, Gilliam says "every work of art has a moment."

This is clearly his. 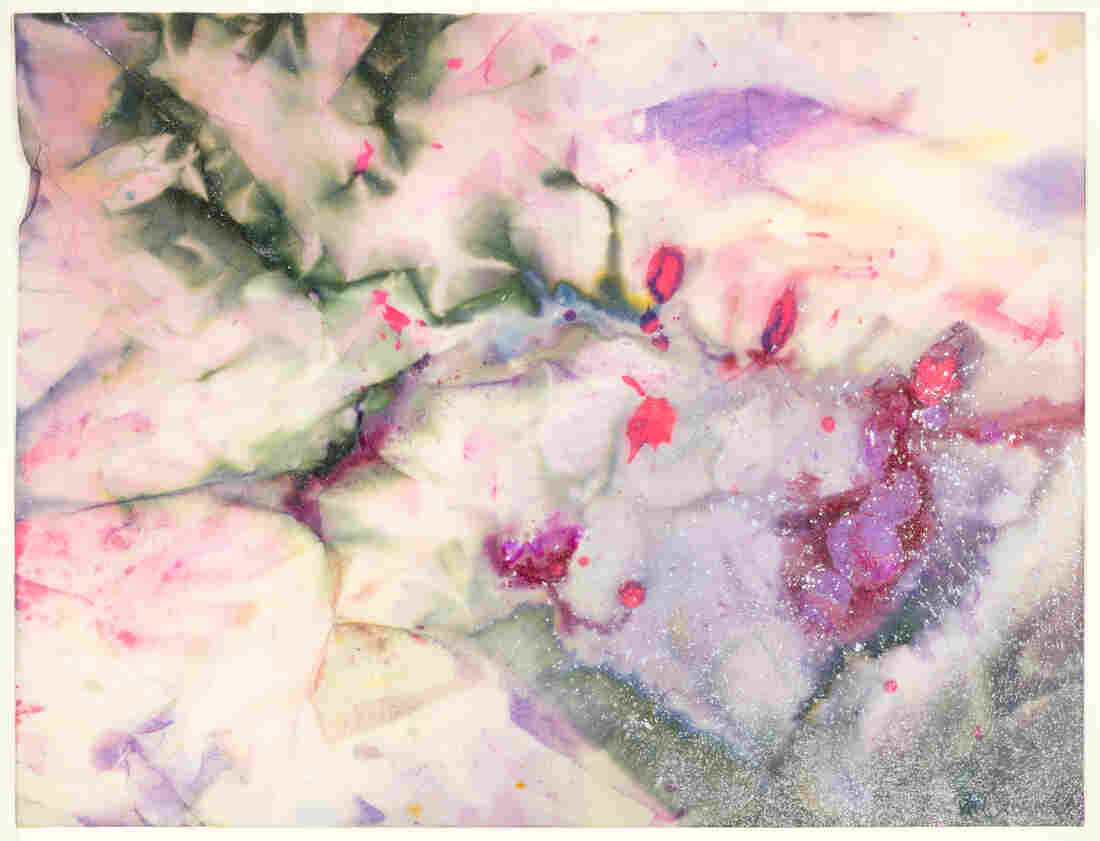 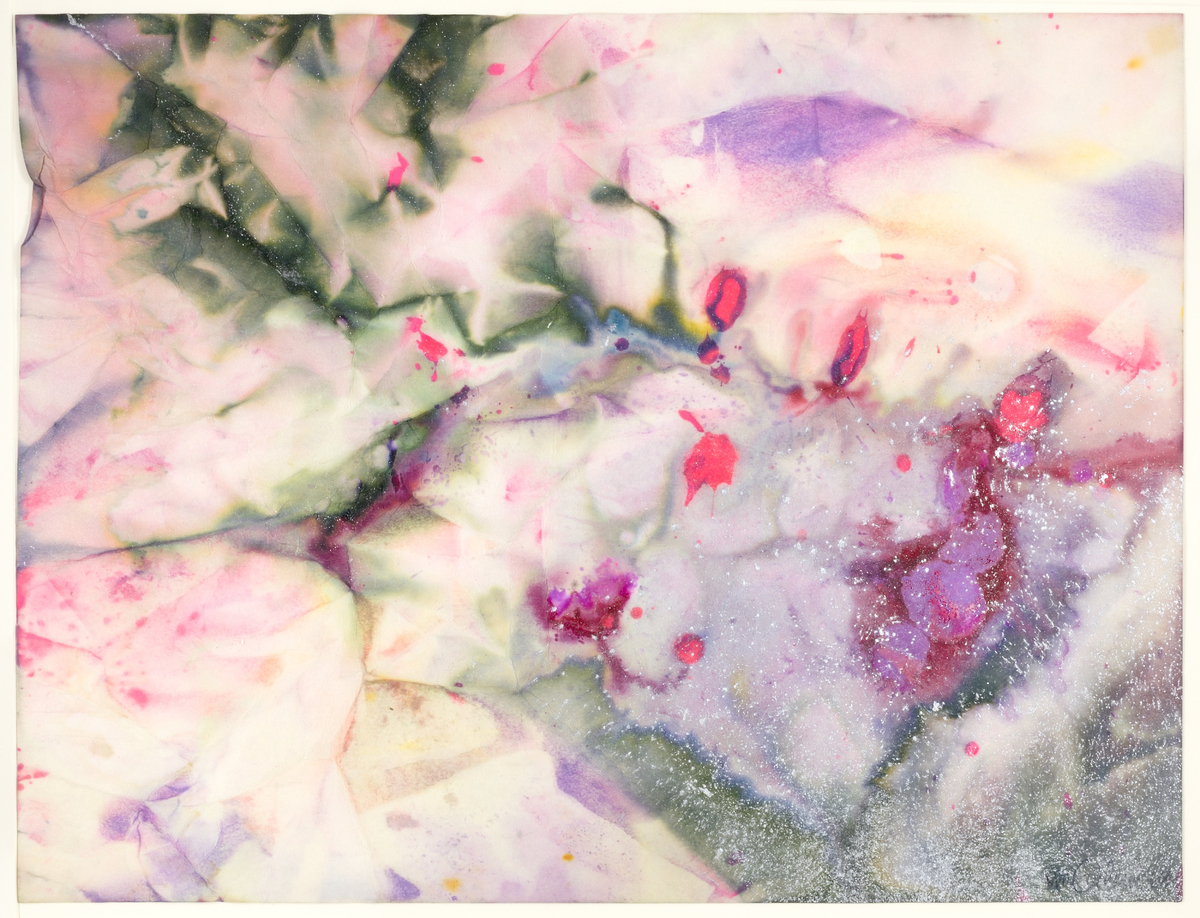 Gilliam created Untitled in 1968, using watercolor and acrylic on paper.