Accessibility links
Swamp Dogg's 'Love, Loss, And Auto-Tune' Takes Soul Into A Weird Future The Southern soul survivor possesses the gonzo showmanship, expansive vision and warped wit to carry the imaginative fun of his music into the Auto-Tune era. 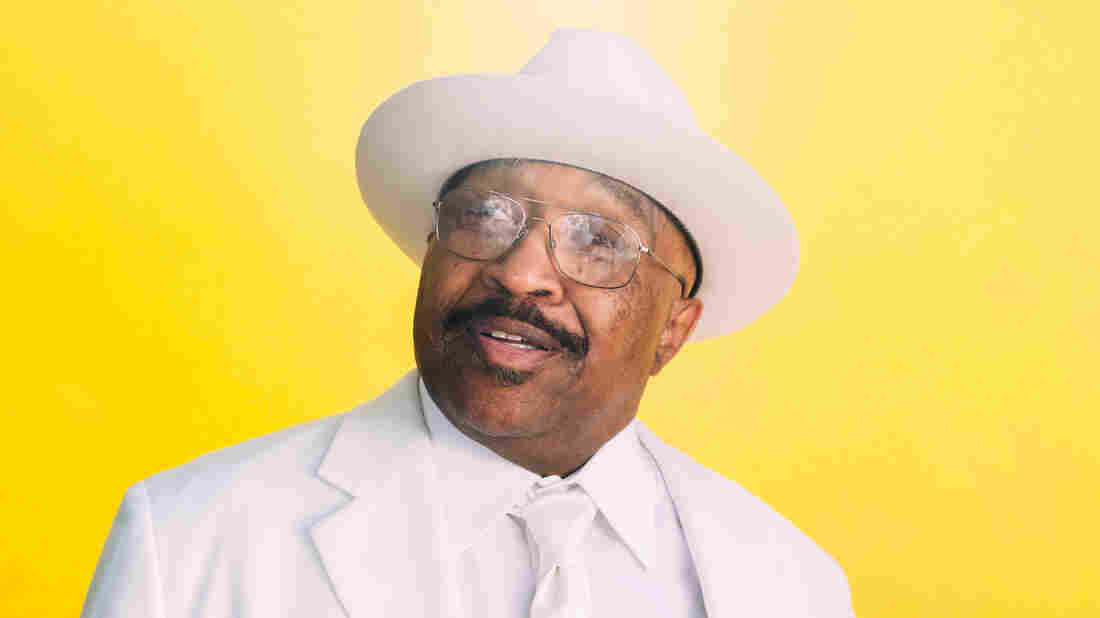 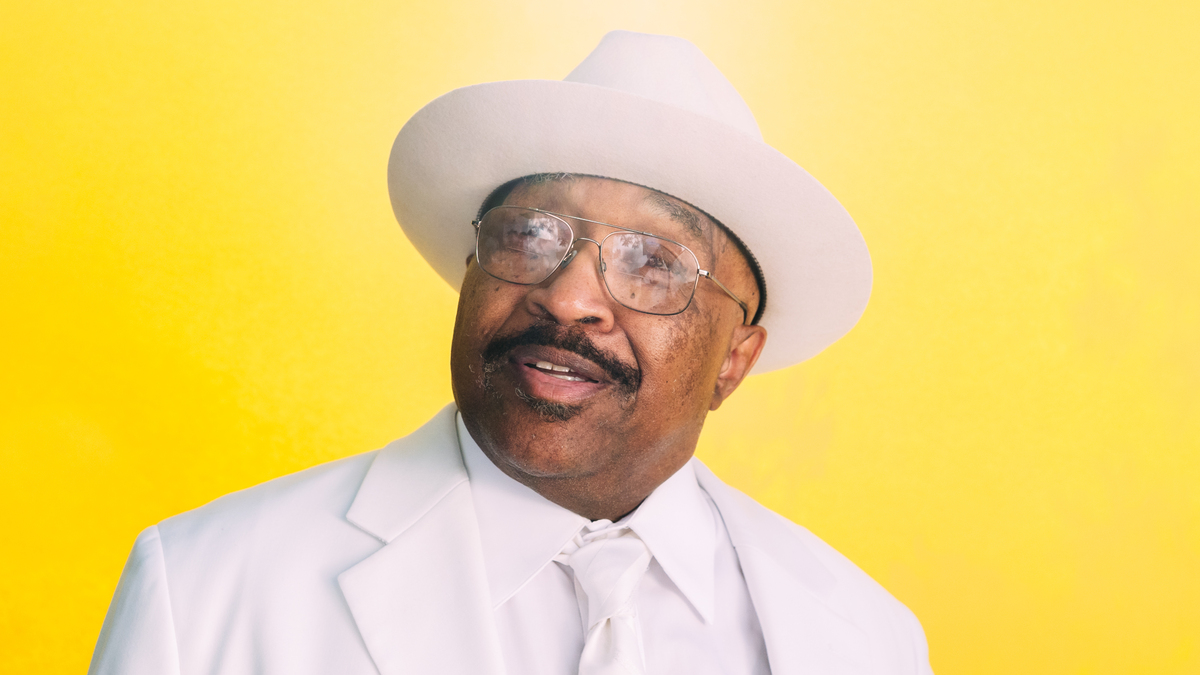 David McMurry/Courtesy of the artist

Swamp Dogg has tried out plenty of new tricks over the last half-century — the latest example being the digital manipulation of his vocals on his new album Love, Loss, and Auto-Tune — but he's usually done it in a spirit of impishness and enterprising experimentation, not settling for superimposing a newer aesthetic onto a familiar approach.

The singer, songwriter and producer behind Swamp's persona, Jerry Williams Jr., was one Southern soul survivor who possessed the gonzo showmanship, expansive vision and warped wit to carry the imaginative fun of his music-making into the eras of rock concept albums and exaggerated hip-hop swagger. (Millie Jackson was another.) He's seldom made it easy on those who want to fetishize soul music as some sort of unaffected, instinctual form; his output is that of a savvy industry vet, who's supplied material to or produced acts ranging from Johnny Paycheck to Irma Thomas and Z.Z. Hill, choosing the path of an outlandish outsider artist, down to every facet of his self-presentation. 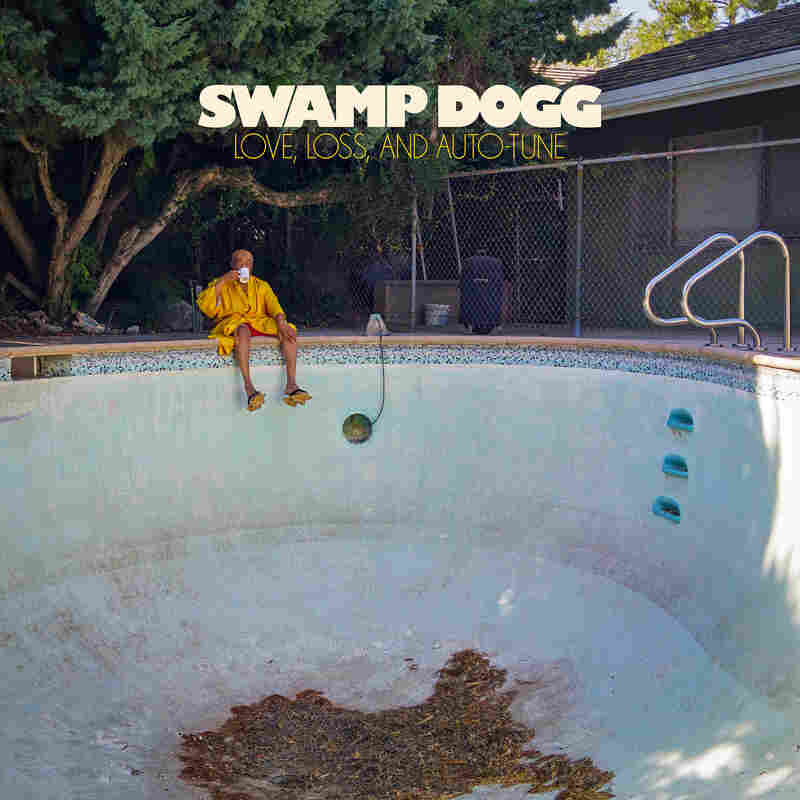 Swamp's accounts of how or why he undertakes any particular musical project blend ambition and absurdity into dubious tales. "Every time I listen to some new music that everybody thinks is the greatest thing since hot biscuits, it's full of Auto-Tune," he explains in his official bio, wryly seizing on the technology as a hit-making strategy. He chose Ryan Olson, known for his work with the synth-pop band Poliça, to produce the record (Swamp ordinarily fills that role himself): "The first thing I thought was, 'This white boy must be crazier than a motherf******.' But I listened to how deep he'd go experimenting with the music and I liked what he was doing." So it was artistic curiosity, as much as anything, that motivated him to put his album in Olson's hands, and allow the younger music-maker to dissect his initial arrangements and apply turbulent electronic textures throughout.

Swamp cites the alienated effect of Kanye West's Auto-Tuned vocals on 808s & Heartbreak as a reference point. (He sent his own vocal performances off to West's similarly influenced collaborator Justin Vernon, who further tweaks "I'll Pretend.") But as a true individualist, Swamp distinguishes his efforts from theirs, and a slew of other younger pop, R&B and hip-hop acts deploying these musical techniques to communicate remoteness and insularity, by pretending to be bemused by some of their efforts and making fresh contributions with his own.

It's striking to hear Swamp and his collaborators apply these automatizing techniques to familiar gestures of pop sentimentality and R&B seduction alike, beginning with a cover of Nat King Cole's mid-'50s hit "Answer Me, My Love." Swamp croons the song, but dissonant horn blasts, as ominous and unpredictable as storm clouds, and a drifting fog of digital noise banish all traces of its elegance. At the emotional pinnacle, a robotic undertone suddenly shadows Swamp's voice. "If you're happier without me, I'll try not to care," he vows, but the sinister mirroring of his singing suggests a cold-heartedness lurking beneath the chivalry.

There are moments during the original "Star Dust," which has a touch of Platters-style courtliness, when the string orchestration veers away from the lyrics' romantic reverie into anxious cacophony. Presented differently, the song "She's All Mind All Mind" might come off as a straightforward boast of infatuation, thanks to lines like, "When she sings, I melt like ice cream in the summertime." Only, the track is powered by a harsh, industrial beat and spattered with avant-garde saxophone and militaristic, programmed drum breaks, and vocal effects transform Swamp's singing into robotic seething that defies intelligibility.

Swamp's real-talking jive, long one of his specialties, is radically altered by his use of technology, too. During "I'm Coming Home with Loving on My Mind," he plays the part of an ardent loverman stoking the home fires, inviting his partner to join in bedroom fantasies of lingerie and expensive champagne. There are moments when the burbling synthesizers and brittle beats fall away and his desirous pleas, their suaveness sapped by Auto-Tune, echo in empty space. In "Sex with Your Ex," he roguishly advocates for a no-strings-attached arrangement between two people who have sexual chemistry but can't get along. He relishes both the pleasure and silliness of elevating carnal motivations above emotion or logic: "Ain't nothin' wrong with having sex with your ex / Sometimes that's all you need to be happy / Ain't nothin' wrong with having sex with your ex / It'll take away the tension and stop you from feelin' crappy." But he rhapsodizes about bodily connection without a groove behind him. Instead, squalling guitar and a looped, mechanistic whine float into and out of hearing.

The effects applied to Swamp's voice on the doo-wop track "Lonely" lend it an unnaturally frail, shivery vibrato that exaggerates its plaintiveness. But the tone changes when he switches to recitation, cornering a capricious lover with conversational jive. "What is the problem?" he complains, the playfully in his delivery digitally coarsened. "You know I don't have no other women, don't want no other women / But you just seem to be like, you've gotta have every man in town / Out of town too, I guess, 'cause I be at work; I don't know what's going on."