Accessibility links
Estelle Wants You To Know You Deserve Love Lovers Rock chronicles the love story of Estelle's parents through the romantic music of her forebears.

Estelle Wants You To Know You Deserve Love

Estelle Wants You To Know You Deserve Love 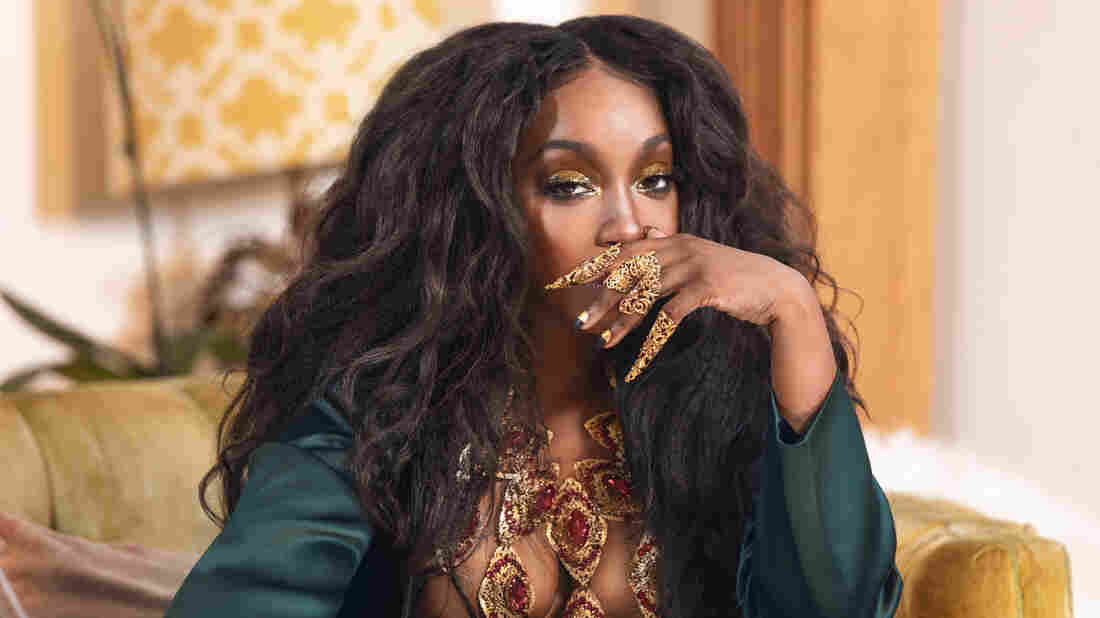 Estelle says her mom "never really got to express her broken heart. She just had to live through it and get on with it." Lovers Rock chronicles the love story of Estelle's parents. James Anthony Green/Courtesy of the artist hide caption 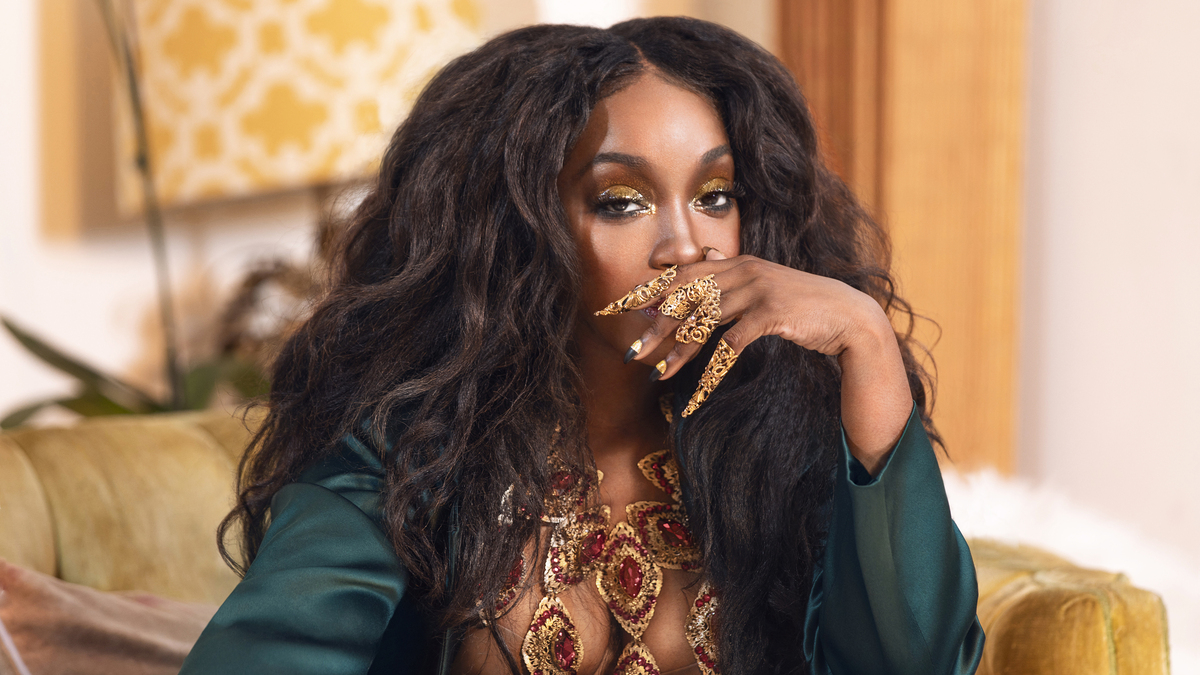 Estelle says her mom "never really got to express her broken heart. She just had to live through it and get on with it." Lovers Rock chronicles the love story of Estelle's parents.

James Anthony Green/Courtesy of the artist

Estelle's Lovers Rock — named for the reggae subgenre pioneered in Britain during the 1970s and 1980s — is a homecoming, an homage to her musical forebears and the diaspora that raised her. "To me, it's the truest, Britishest version of me you're probably going to get," she tells NPR Music over the phone. "This is my version of London, you know?"

It was women who "made the genre go," Estelle tells me: women like Janet Kay, Marcia Griffiths and Louisa Mark. 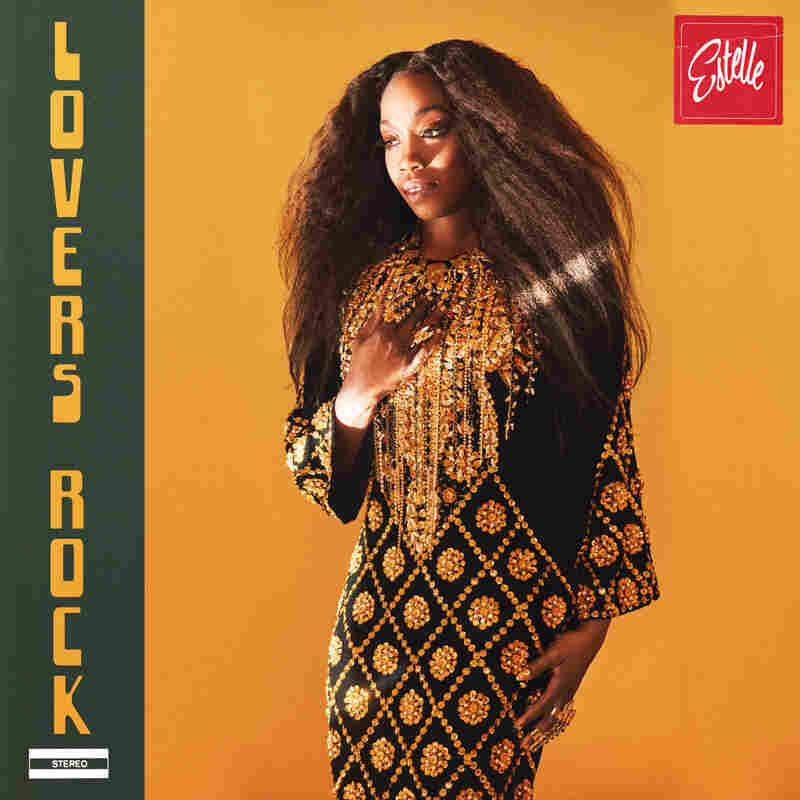 The genre of lovers rock is a collection of songs that speak of a different but perhaps no less "political" liberation than the reggae songs of social protest that came out of Jamaica at the time: They are pretty much all about love. But though the sound is easygoing and the content is romantic, that doesn't mean there's no edge: Janet Kay's 1979 hit "Silly Games," for example, is about a woman who's tired and not about to let someone waste her time: "I've got no time to live this lie / No, I've got no time to play your silly games."

According to Estelle, "Silly Games" is kind of like the British equivalent of Frankie Beverly and Maze's "Before I Let Go." "Oh, it's a singalong," she says. "A smooth singalong."

Estelle's Lovers Rock carries on the tradition. It's a concept album, an utterly romantic one, that chronicles the long arc of her parents' love story. Estelle says her parents broke up when she was three and then got back together 20 years later. After another 10 years, when Estelle was 33, they got married. "They've been needing to be together their whole lives and just had a different path to get back to each other," she says. "It's beautiful."

The album honors the lovers rock tradition, however, in a thoroughly modern and genre-flexible way. Estelle borrows from not just reggae but also dancehall, soca and Afrobeat — a chance, she says, to give in to a natural impulse: "It's almost like a fight in the back of my brain, every time I go into a session, not to just go ahead and make five reggae records or five dancehall records back to back. Because that's all I listen to," she says.

In Love And Music, Estelle Is Out To Get It Right

Estelle says that working through her parents love story and her mom's experiences with men was also a way to work through challenges in her own love life. "I was like, 'Oh no, I'm in a pattern right now. Well, what pattern is this?' And so I had to talk to my mom, and I realized I was living out what I'd seen her do for the longest. And it wasn't my story," she says.

On Lovers Rock, Estelle is within and without: As a listener, one feels fully in the feelings Estelle surfaces but also thankful for the wisdom that comes with distance. "Sweetly," for example, is the breakup song Estelle's parents never got. It was their parents — Estelle's grandparents — who decided it would be best for them to break up, and they never really got to say goodbye.

Estelle says her mom "never really got to express her broken heart. She just had to live through it and get on with it. She had to just be like, 'Oh I guess we're broken up. Oh, my baby needs changing.'"

Her dad "was like, 'Well, I guess she got married to another man. All right, moving on.'" So "Sweetly," a song about breaking up with someone without a fuss, presented Estelle with a challenge: "How do I write the calmest 'we broke up' song ever?"

Driven by bass and keys, "Queen" is reminiscent of how Laura Mvula works with open space and leaves room for direct communication.

"I didn't want it to be wordy or talk around the subject," Estelle says. "I wanted to just be, like, 'Yo, this is exactly what you say to somebody. And this is how you carry yourself to be able to say that to somebody. Shoulders back, head up, never let your imaginary crown or your physical crown slip. Don't let no one tell you who you are. Figure it out yourself, and then be that."

And the song does just that, with the authority that comes with the use of the third-person: "It's a queen / She used to wearing crowns / She gonna lead / Cannot back down ... if you are a king then a king should respect."

Lovers Rock is also about what she goes through in the industry: "I walk into a room and I've had my own label for the past five to seven years and the energy is still like, 'Who do you think you are?'" she says. "I finally was like, 'No, no, no, you're not gonna keep disrespecting me.' The response to the question, 'Who do I think I am?' is always, 'I know who I am, a queen. Who do you think you are?'"

Everybody's the type. Everyone deserves it. There's so much pushing against love in any format. I refuse to be part of the problem. I want to help.

"Queen" and "Ain't Yo Bitch" are perhaps the most overt decrees, but the whole album is actually about self-worth. When I ask Estelle why she made the record, she tells me about unconditional love:

"How I experienced it growing up was, love wasn't subjective. My mom loved me without thinking, without a thought. My grandma, my family, the women in my family loved us without a thought. It wasn't conditional. It wasn't 'I love you more than you.' None of that. And that's not everybody's experience, but it is mine. And what I can do is help translate that and help give that to somebody else who didn't have that experience ... Everybody's the type. Everyone deserves it ... There's so much pushing against love in any format. I refuse to be part of the problem. I want to help."

It's part of a larger project for Estelle, actually. Since 2013, she's been voicing the character Garnet on the beloved cartoon Steven Universe. Garnet is actually the embodiment of a queer relationship between two stones — Ruby and Sapphire. "I'm talking about love in such a potent and consistent way that it had to happen with everything else I do," she says.

Lovers Rock is the kind of album that makes you wish summer wasn't ending. It goes down smooth — the tracks are catchy and star-studded, with features from the likes of Kranium, HoodCelebrityy and Chronixx. Estelle's vocals — singing and some bars, too — continue to serve all the casual cool that made us fall for her on her on her 2008 hit "American Boy." But the way this album talks about love is deceptively powerful. It seats devotion and self-love comfortably side-by-side. It documents the noble process of fighting for how we wish to be treated in our personal relationships and, by extension, in society.

Estelle tells me she's wary of how it will be received. "It's a breakthrough moment for me," she says. "It's one thing to be out here singing, 'I want an American boy.' And the frivolity of that record — sometimes you need that. It's a different type of courage to say, 'Hold up, I may have got this all wrong. Let me figure myself out real quick and put that on display.'"