Accessibility links
Trump Says China To Blame For Hurting U.S.-North Korean Relations In a series of tweets on Wednesday, the president implied that Beijing was pressuring Pyongyang due to the ongoing trade disputes between China and the United States. 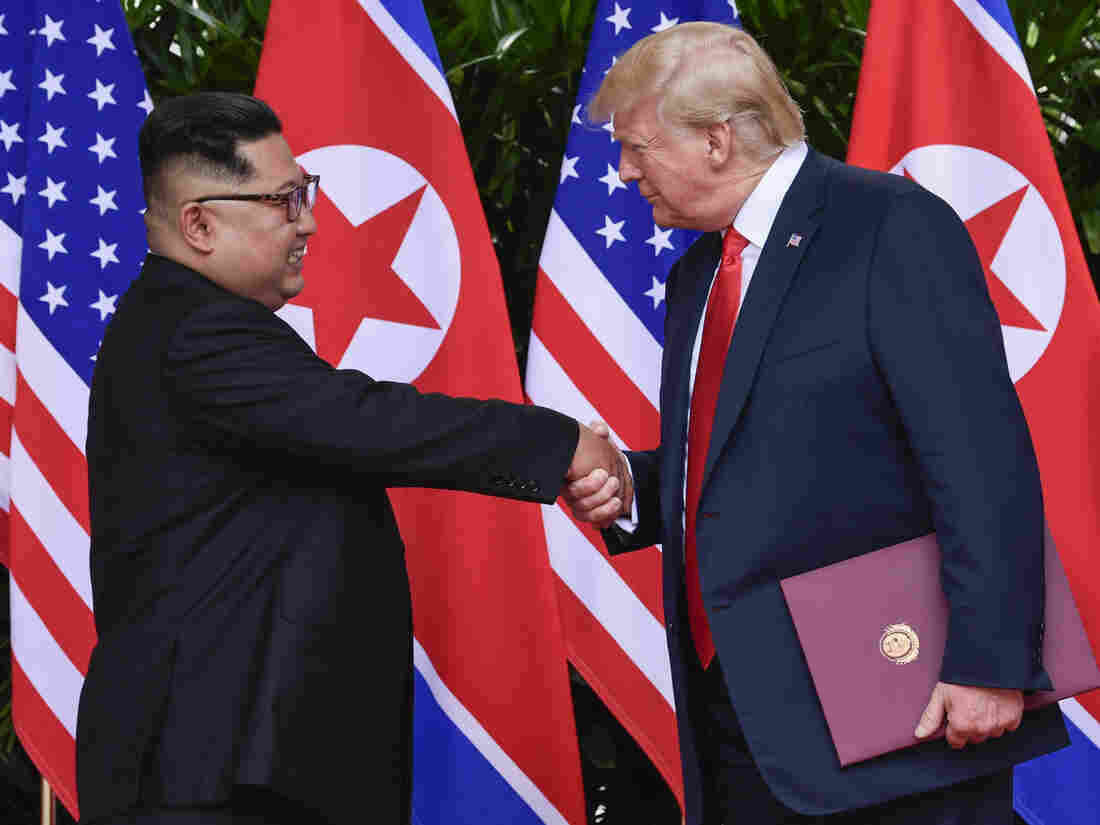 North Korea leader Kim Jong Un and President Trump shake hands at the conclusion of their meetings at the Capella resort on Sentosa Island, in Singapore, on June 12. Susan Walsh/AP hide caption 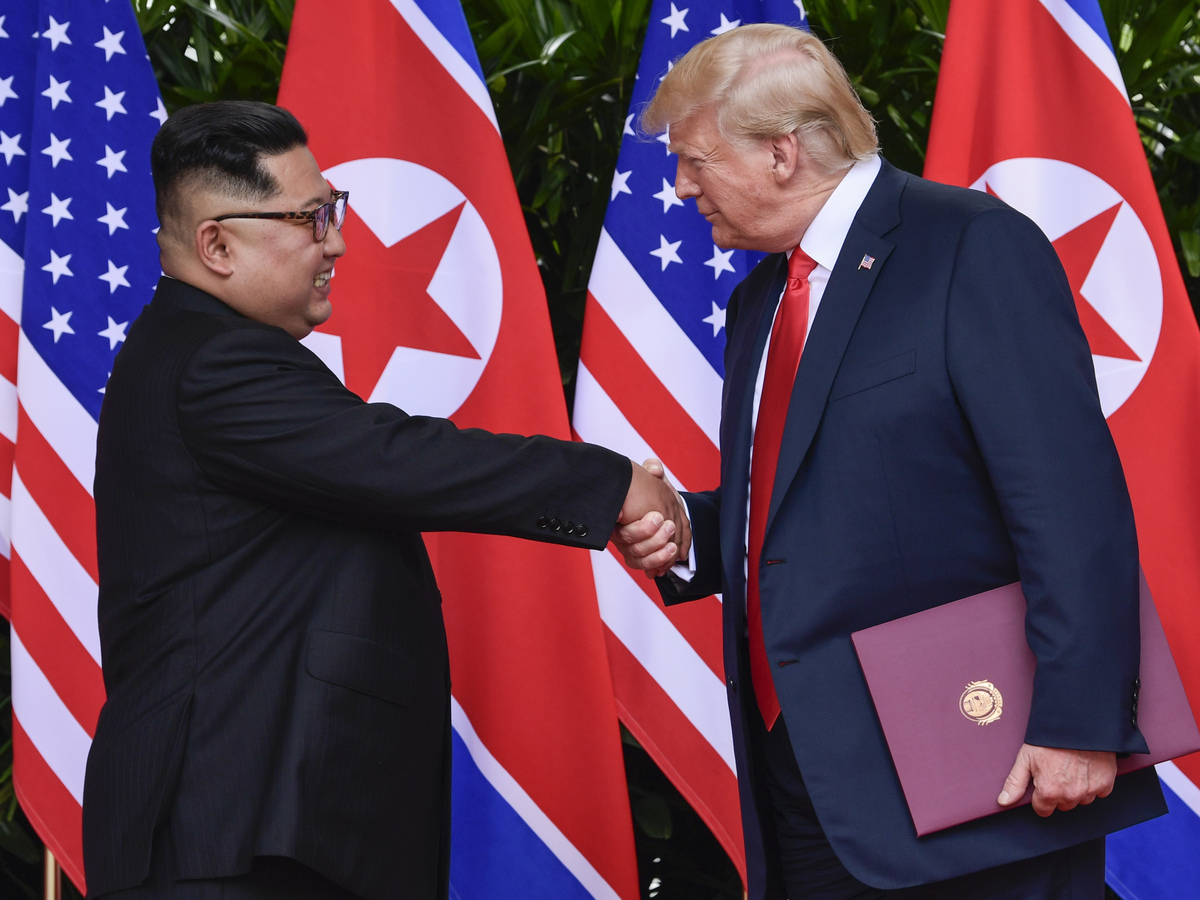 North Korea leader Kim Jong Un and President Trump shake hands at the conclusion of their meetings at the Capella resort on Sentosa Island, in Singapore, on June 12.

President Trump appears to be blaming China for derailing a U.S.-North Korea rapprochement, implying that it's placing "tremendous pressure" on Pyongyang as a result of ongoing trade disputes between Washington and Beijing.

In a quartet of tweets on Wednesday, Trump issued what he called a White House statement saying he "feels strongly that North Korea is under tremendous pressure from China because of our major trade disputes with the Chinese Government."

"At the same time, we also know that China is providing North Korea with ... considerable aid, including money, fuel, fertilizer and various other commodities. This is not helpful!" he continued.

Even so, Trump said he believed his relationship with North Korean leader Kim Jong Un was "a very good and warm one" and referred to "China's great President Xi Jinping."

...considerable aid, including money, fuel, fertilizer and various other commodities. This is not helpful! Nonetheless, the President believes that his relationship with Kim Jong Un is a very good and warm one, and there is no reason at this time to be spending large amounts...

...differences, they will be resolved in time by President Trump and China’s great President Xi Jinping. Their relationship and bond remain very strong.

The Trump statement also said Washington had "no reason" to resume the war games with South Korea that Trump agreed to suspend in June at the Singapore Summit with Kim.

"Besides, the President can instantly start the joint exercises again with South Korea, and Japan, if he so chooses. If he does, they will be far bigger than ever before," he said.

Those remarks seemed to contradict Secretary of Defense Jim Mattis, who told reporters on Tuesday that "We have no plans at this time to suspend any more exercises."

After the conclusion of the June summit, Trump declared that North Korea was "no longer a Nuclear Threat."

In a news conference that capped the historic meeting with Kim, he noted past U.S. diplomatic failures with North Korea, saying, "Honestly, I think he's going to do these things. I may be wrong. I mean, I may stand before you in six months and say, 'Hey, I was wrong.' "

"I don't know that I'll ever admit that," Trump added, "but I'll find some kind of an excuse."

Despite Secretary of State Mike Pompeo's efforts since then to build on the bilateral summit, the administration has little to show for it.

On Friday, Trump tweeted that he had asked Pompeo not to attend a planned meeting in Pyongyang "because I feel we are not making sufficient progress with respect to denuclearization."

I have asked Secretary of State Mike Pompeo not to go to North Korea, at this time, because I feel we are not making sufficient progress with respect to the denuclearization of the Korean Peninsula...