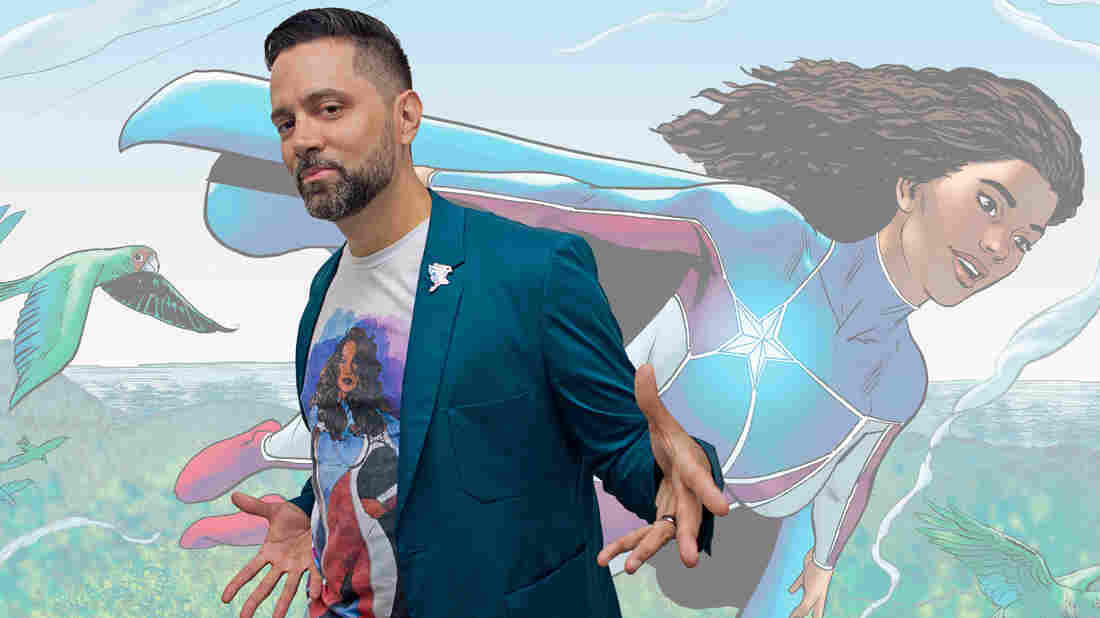 Graphic novelist Edgardo Miranda-Rodriguez is the creator of La Borinqueña, the superheroine and the comic book that bears her name. Courtesy of the artist hide caption 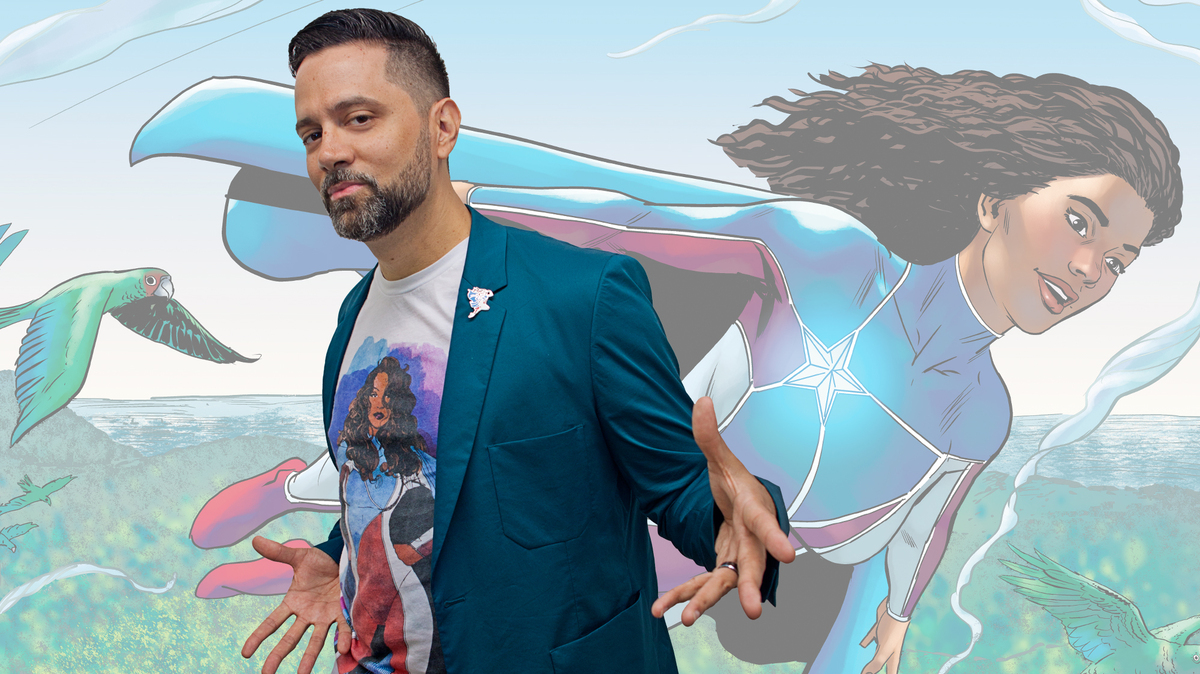 Graphic novelist Edgardo Miranda-Rodriguez is the creator of La Borinqueña, the superheroine and the comic book that bears her name.

Like a lot of kids, Edgardo Miranda-Rodriguez was enthralled with superheroes from a young age.

Growing up poor in the Bronx, N.Y., he was drawn to the escapism offered by comics. But he also loved how their storylines dealt with good people combating the injustices of the world.

"I identified with Spider-Man, because he had brown hair like me, so I thought he was Puerto Rican," Miranda-Rodriguez says on What's Good. "He came from a single-parent household, he was raised by his aunt, he grew up in Queens, so he was working-class poor. He didn't have all the billions to have all these gadgets or a secret lair, and he made his own costume."

But it was years later when a meeting with Marvel Comics editor-in-chief Joe Quesada springboarded Miranda-Rodriguez into the comics universe. He wrote one story for Marvel, Guardians of Infinity No. 3, which retold the story of The Thing and Groot through a Puerto Rican lens.

It was such a hit with the Latino community that Miranda-Rodriguez decided to focus on an original series and protagonist, both named La Borinqueña. The character La Borinqueña is a college student from New York named Marisol Rios De La Luz who receives superpowers from a Taíno goddess during a trip to Puerto Rico. (The Taíno are indigenous people of the Caribbean.)

The plotline of his first release was oddly prophetic, climaxing in a massive tropical storm that leaves the island in a blackout with only Marisol to save the day. That first book was released in December 2016, just nine months before Hurricane Maria ravaged Puerto Rico. As the real Puerto Rico rebuilds, this La Borinqueña storyline has only become more relevant.

Since Hurricane Maria, Miranda-Rodriguez has released Ricanstruction, an anthology of short graphic stories featuring La Borinqueña and iconic characters from the DC Comics universe. Proceeds from the sale of the comics will go to rebuilding Puerto Rico.

Miranda-Rodriguez joined What's Good hosts Stretch Armstrong and Bobbito Garcia to reflect on superheroes, his catapult into comic-book fame and writing towards a better future for Puerto Rico.

On acquiring his superpowers

As a child I was always drawn to comics, because I loved the escapism, but I also loved the narratives that were focused around combating injustices. One of my earliest childhood memories was: I was possibly a kindergarten or first grader, and my brother was walking us across a vacant lot ... and we're taking this shortcut, and we get jumped! We just get jumped by knuckleheads, who just want to mess with us for no reason ... we had nothing to offer, and I recall telling them, "You're in so much trouble, 'cause I'm reading comic books now, and I'm learning about my superpowers!" I literally said that. And that was my way of saying: I'm going to combat this injustice, as weird as that was.

On the origin story of the graphic novel La Borinqueña

It's kind of crazy to talk about it, but the first book came out in December of 2016. Hurricane Maria happens nine months later. But the first book ends with her just getting her powers, and the island is hit with a massive tropical storm that leaves it in a blackout. And she flies across the island to help people in Aguadilla when the storm is first hitting, and as she's helping them by actually creating a dam from some of the fallen trees, they see her in her red, white and blue, and automatically start singing the [Puerto Rico] national anthem, but they're singing both national anthems to her, so it's kind of like this fusion of both. And they're actually the ones who name her La Borinqueña.

On why he chose to write a female superhero