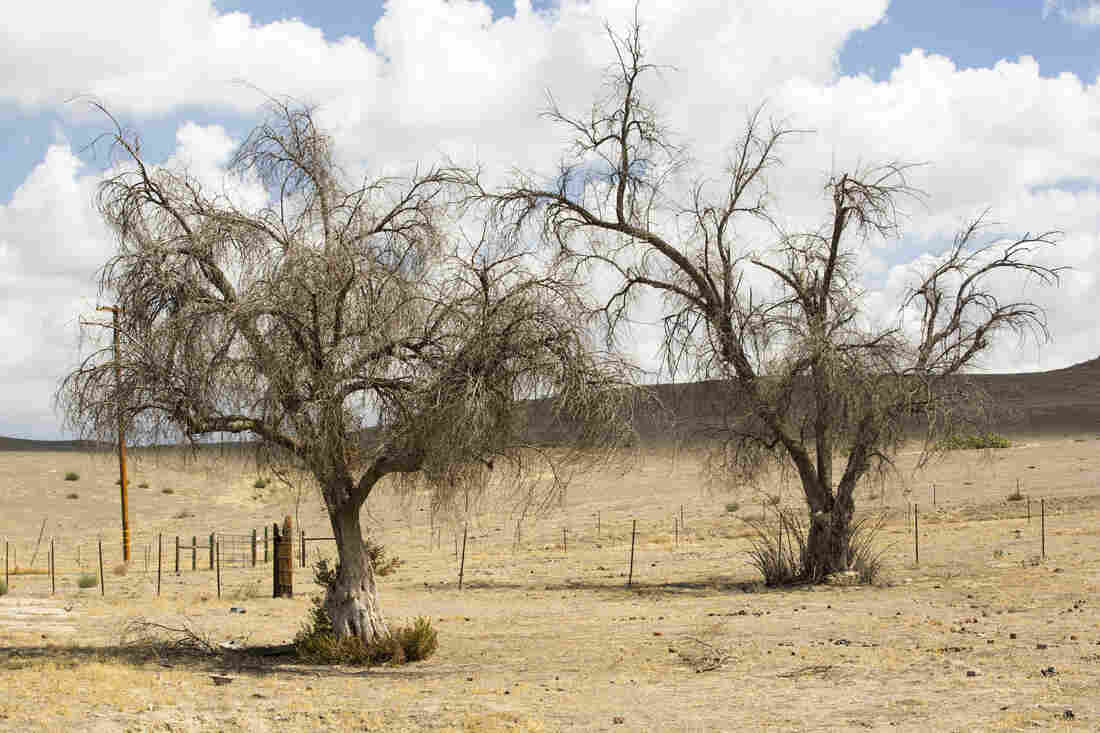 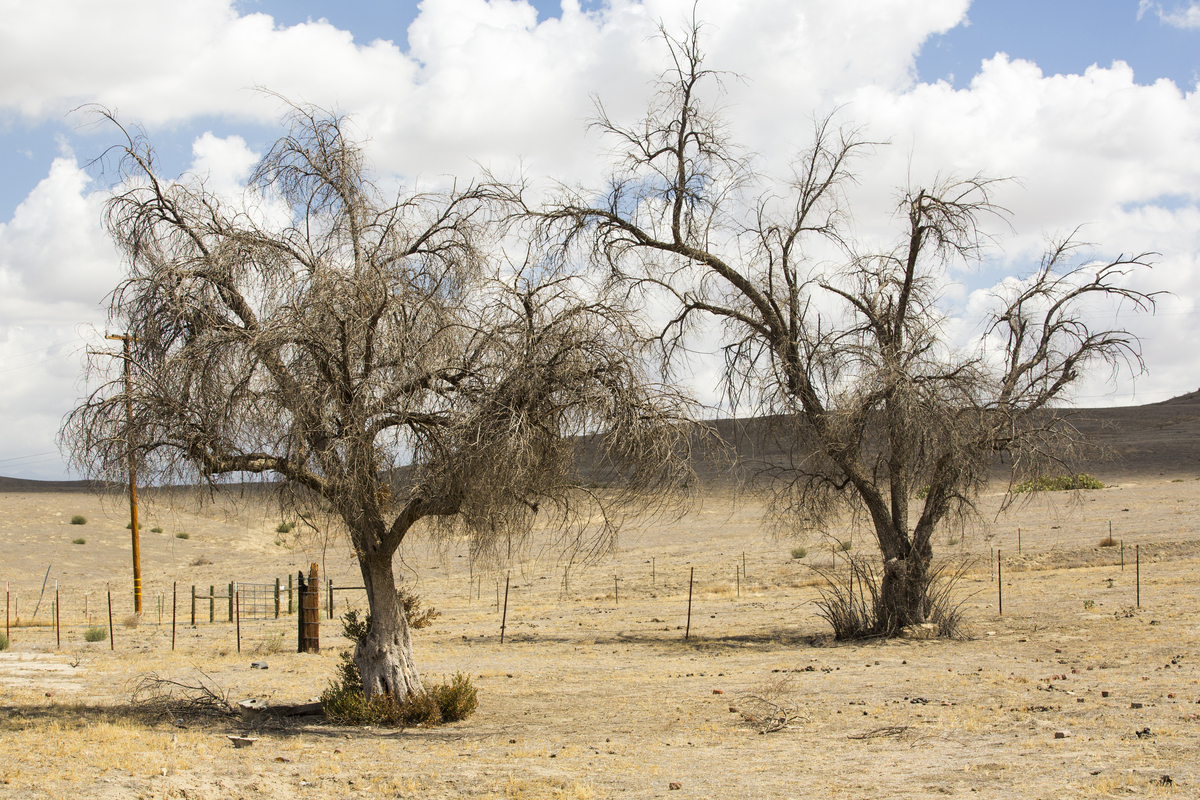 As the climate warms, drought is killing large numbers of trees in California. Scientists are looking to the past to try to understand how the ecosystems of today may be changing.

A warming world could eventually make some of our most familiar ecosystems — deciduous forests, grasslands, Arctic tundra — unrecognizable.

That's the conclusion of a team of more than 40 scientists who took a novel approach to predicting the effects of how human-caused global warming will alter ecosystems. They looked about 20,000 years back in time.

"Certainly many of my colleagues in climate-change ecology would give up a kidney to have data from the future," says Stephen Jackson, director of the Southwest Climate Adaptation Science Center and an ecologist at the U.S. Geological Survey. "But we're not going to get that."

So his team did some "paleo-ecology." They looked at fossil pollen and vegetation for a period from about 20,000 years ago to about 10,000 years ago. It was a time when a naturally warming Earth began to melt the great ice sheets that covered much of the northern hemisphere. Over that time, Earth's average temperature increased by about 7 to 12 degrees Fahrenheit.

Jackson says that's not too different from what may happen now if emissions of greenhouse gases continue to grow as they are now. "The change over the next 100, 150 years is of similar magnitude globally to what we saw during the last ice retreat and warming," he says.

He notes that the current warming is a wee bit faster: "Instead of that happening over several thousand years, we're cramming all that climatic change into a century, or a century-and-a-half."

What the researchers found from the paleo-record was evidence that ecosystems changed radically as temperatures rose. In Jackson's neighborhood in Arizona, for example, it's now desert — various species of cactus and shrubs mostly. Fifteen thousand years ago, though, "what we'd see there instead is juniper and piñon woodland, and evergreen woodland utterly different from the vegetation we'd find here (now)."

So as climate changes, some forests may give way to woody shrubs or grassland. Or grasslands could convert to deserts.

Writing in the journal Science, the researchers say they can't predict exactly where and how fast these changes will happen. While temperature is a big influence, warming will also alter rainfall, weather, soil chemistry and sea levels. And their historical record is not an exact analogue of the future, since it represents a climate going from frigid to warm; now it's moving from warm to warmer. That may affect ecosystems differently.

But Jackson says one thing is pretty sure: more unpredictability. In fact, just as they found in the past, the future may see new kinds of ecosystems that never existed before. "Many parts of the world will have very different conditions that have no modern counterpart," he says.

And that poses challenges for forests, wild lands and even fish populations --and for the people who manage them. "That's going to create a great deal of chaos, ecological chaos out there as they try to adapt and respond to those changes," Jackson says.

Those changes are already happening. Some forests in the southwest are flipping from big evergreens to smaller plants and shrubs. Ecologist David Breshears at the University of Arizona says it's caused by a combination of high heat, drought and fire, and is probably similar to what happened as the ice sheets melted.

"These changes are very temperature-sensitive," says Breshears, "and I think that's the most important take-away message, because that's what I think we're dealing with now in contemporary times."

In the journal Scientific Reports, Breshears and scientists in Australia have documented sudden and widespread ecological shifts already. A heat wave in western Australia in 2011 caused coral bleaching in the ocean, as well as tree deaths, damaging insect outbreaks, and die-offs of birds on land (while populations of some fish increased) — all very different ecosystems responding in their own way to a warmer environment. Lead author Katinka Ruthrof of Murdoch University describes the impacts as "staggering."

"The breadth of animals and plants affected by these heat wave conditions suggest our ecosystems are more vulnerable than we think to the projected increases in heat wave frequency, intensity and duration we are facing in the future," she says.