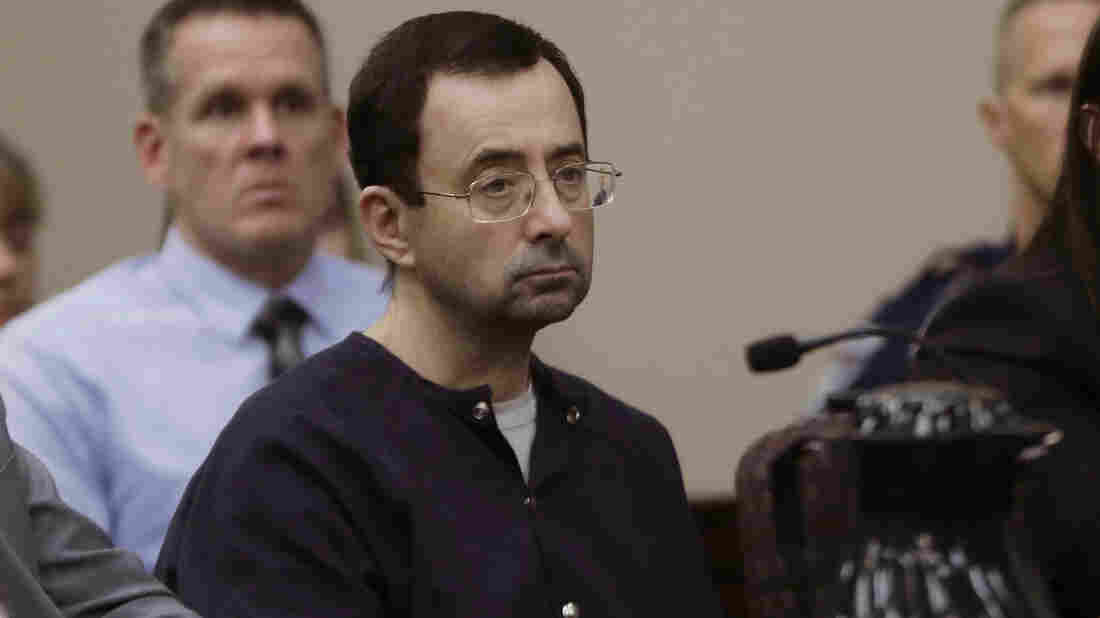 In this Jan. 24, 2018 file photo, Larry Nassar sits during his sentencing hearing in Lansing, Mich. Nassar was the USA Gymnastics team doctor and a physician at Michigan State University. In January he was sentenced to prison after pleading guilty to seven counts of sexual assault of minors. Carlos Osorio/AP hide caption 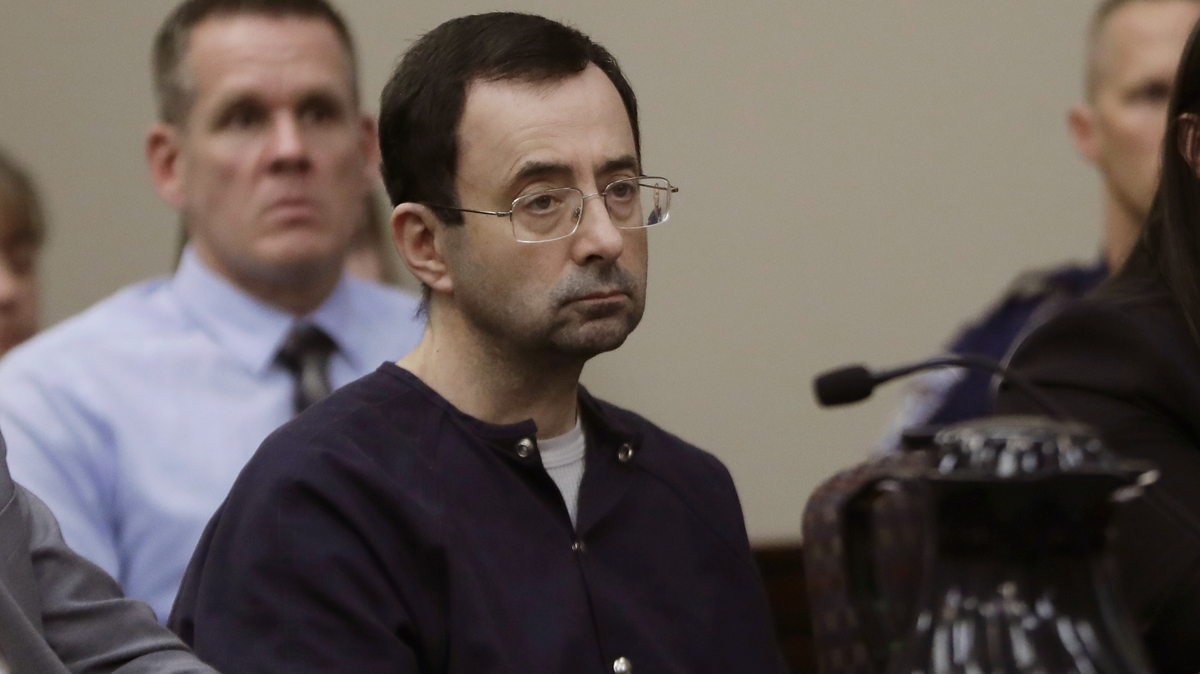 In this Jan. 24, 2018 file photo, Larry Nassar sits during his sentencing hearing in Lansing, Mich. Nassar was the USA Gymnastics team doctor and a physician at Michigan State University. In January he was sentenced to prison after pleading guilty to seven counts of sexual assault of minors.

The National Collegiate Athletic Association (NCAA) has cleared Michigan State University of any violations stemming from how it has handled sexual assault allegations — including those against disgraced former sports doctor Larry Nassar, who was sentenced to at least 40 years in prison for sexually assaulting his patients.

The inquiry began in January.

At the time, the NCAA asked MSU if it thought any violations of NCAA legislation had occurred in how it handled allegations against Nassar. The school responded in March and said it did not think it had violated any NCAA rules. The NCAA then broadened its inquiry to include the football and men's basketball programs. That was after an ESPN 'Outside the Lines' program raised concerns over how the school handled sexual misconduct complaints against student athletes.

Since the start of the investigation, MSU Athletic Director Mark Hollis, resigned and Bill Beekman was appointed to take his place.

According to a statement from the university, Beekman received a letter from vice president of enforcement for the NCAA, Jonathan F. Duncan. That letter said the review, "has not substantiated violations of NCAA legislation."

In an interview, Beekman said the lack of violations was not surprising and, "that really doesn't, from my perspective, change our obligation relative to the health and safety and wellness of our student athletes."

This comes while Michigan State University tries to wrap up a 500 million dollar settlement with more than 300 women who say they were sexually assaulted by Nassar.

The school is still under investigation by special prosecutor Bill Forsyth of the state attorney general's office. That investigation has already led to criminal charges against two Nassar associates. The former dean at the College of Osteopathic Medicine and Nassar's boss, William Strampel, was arrested in March. He's charged with willful neglect of duty related to the Nassar scandal, fourth-degree criminal sexual conduct, and misconduct in office. Strampel is awaiting trial.

More recently, retired MSU Gymnastics coach, Kathie Klages, was charged with lying to law enforcement. The state attorney general's office says Klages told investigators that she didn't know about Nassar's sexual misconduct before 2016. But witnesses say they reported Nassar to her back in 1997, and she pressured them to stay silent. Klages turned herself into authorities on Thursday. A preliminary examination to see if there's enough evidence for her to go to trial for a misdemeanor and a felony is scheduled for September.

The apparent disconnect between criminal charges being filed against MSU affiliates and the NCAA's findings has left some frustrated. Rachael Denhollander is one of the first women to publicly accuse Nassar of sexual assault. In a tweet she said, "the NCAA needs to revisit their own legislation."

If the @NCAA legislation does not prohibit their coaches from:

... perhaps the NCAA needs to revisit their own legislation. https://t.co/7q7NIYPFVa

"I appreciate that people may be frustrated that one can happen without the other, but in reality they're two very different sets of rules that cover different things," he said.

Beekman said there are a lot of NCAA rules that aren't crimes, and it's possible to break the law without violating any NCAA rules.