Accessibility links
Rose Byrne-ing Down The House Rose Byrne, star of the new film, Juliet, Naked tells us about shifting from dramatic roles to comedic ones. Then, she plays a game guessing the titles of Australian releases of American films. 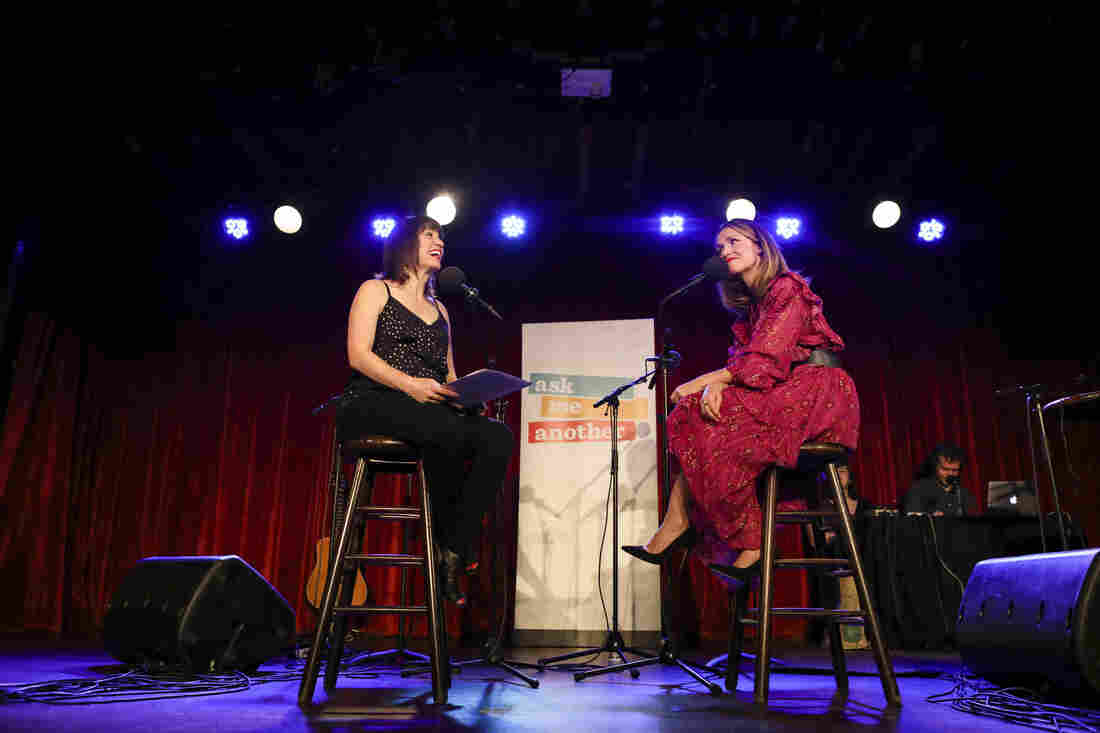 Ask Me Another host Ophira Eisenberg chats with Rose Byrne at the Bell House in Brooklyn, New York. Rose Byrne appears on Ask Me Another at the Bell House in Brooklyn, New York. Mike Katzif/NPR hide caption 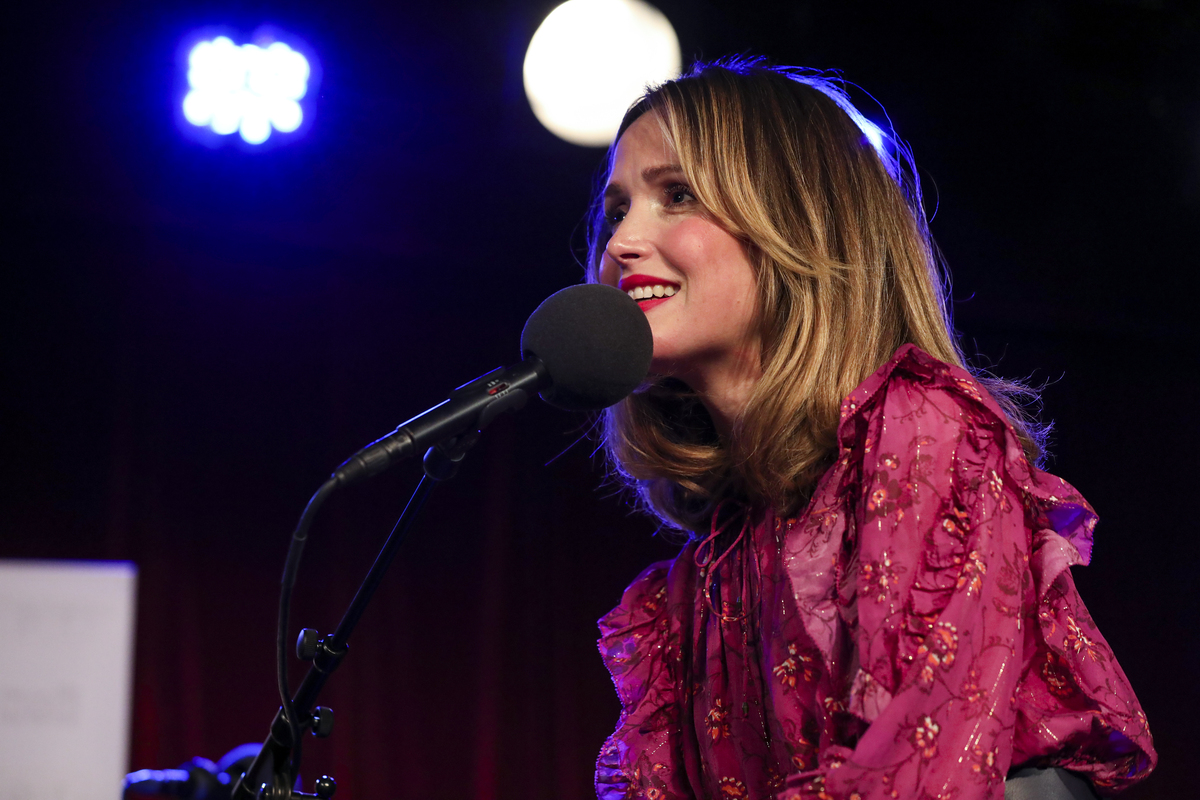 Rose Byrne appears on Ask Me Another at the Bell House in Brooklyn, New York.

Rose Byrne has her older sister to thank for launching her acting career. When Byrne was eight years old, her sister told their parents that Rose ought to study acting. "I was very shy," she told NPR's Ask Me Another host Ophira Eisenberg at the Bell House in Brooklyn, New York. "I think they thought it would help me come out of my shell, perhaps." Byrne, who grew up in Balmain, a suburb of Sydney, joined the Australian Theatre for Young People and discovered her love of acting.

Byrne's first role was in the 1994 Sandra Bernhard film Dallas Doll. But her life changed, at age 15, after being cast as the lead role in a short-lived Australian soap opera Echo Point. When the series was cancelled just three months after it first aired, her life returned to normal, "I was back at high school, like, what happened to hair and makeup?"

Byrne co-starred with Heath Ledger in the 1999 Australian indie film Two Hands, which was met with international acclaim. In the early 2000's Byrne moved to Hollywood and scooped up roles in Star Wars: Episode II – Attack of the Clones and Troy. She later made her American television debut opposite Glenn Close in FX's legal drama Damages.

An Aging Rocker, A Fawning Fanboy — And Thou: 'Juliet, Naked'

Byrne cites her part as Duchess de Polignac in Sofia Coppola's Marie Antoinette as leading her to take on more comedic roles. "She was very bubbly... the comic relief. That was kind of the first taste, I was like, this is fun and interesting!" She further cemented her turn toward comedy in 2011, playing Kristen Wiig's nemesis in Bridesmaids. Byrne later teamed up with her Bridesmaids co-star Melissa McCarthy again in 2015's Spy, portraying the foul-mouthed villain, Rayna Boyanov. Byrne told Eisenberg, it wasn't a stretch to perform the character's obscene lines: "Well, I am Australian!"

In 2009, Byrne read Nick Hornby's novel, Juliet, Naked and loved the tone of his writing and the development of the characters. So when she learned the book was being adapted to film, she chased after the role of Annie. "I thought she was intriguing," she recalled. "I loved her breaking all the rules and taking all these risks and acting out. She is this sort of uptight, buttoned-up very British lady who then goes against all her rules, you know?"

Byrne's 2014 film Neighbors was released in Australia under the title Bad Neighbours. She played an Ask Me Another game identifying the titles of other Australian releases of American movies.

On Tasmania, where Byrne's parents live:

"It's very remote, beautiful part of the world, probably a good place to go when the end comes."

On her early acting start:

"I did some fine work in Australia which no one will ever see."

Heard on Rose Byrne-ing Down The House.