Accessibility links
In 'Small Animals,' A Mom Grapples With Parenting In An 'Age Of Fear' In 2011, Kim Brooks intentionally left her 4-year-old in a car as she ran into a Target. In her new book, she attempts to reckon with the consequences of her decision, and parenting in today's world.

In 'Small Animals,' A Mom Grapples With Parenting In An 'Age Of Fear'

In 'Small Animals,' A Mom Grapples With Parenting In An 'Age Of Fear' 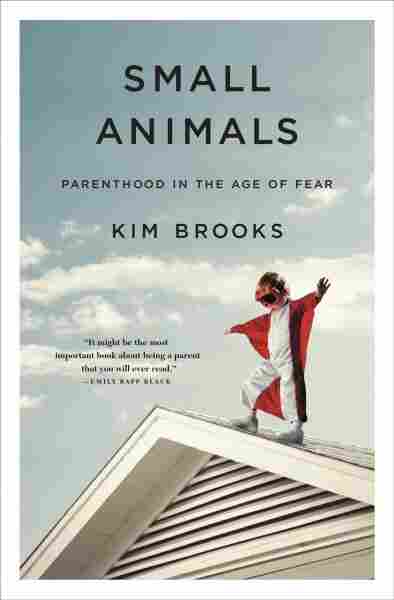 Parenthood in the Age of Fear

In early Spring of 2011, Kim Brooks intentionally left her 4-year-old son, Felix, in a car alone while she ran into a neighborhood Target — in the same neighborhood she'd grown up in — to buy a pair of padded headphones.

The decision was made in the split of a second, a quick moment that had long-lasting consequences for Brooks, who realized only hours later that a stranger had videotaped her son, then reported her to the police.

In Small Animals, Brooks attempts to reckon with the consequences of her decision. "It wasn't as though he were asking to smoke a joint or to rollerblade in traffic," she writes. "He just wanted to sit in the car and play his little game for a few minutes. Why did I have to drag him inside?"

It's this question — Why did I have to drag him inside? — that Brooks tries to answer in Small Animals. Is it because her son was truly in danger? Or is it because of a perceived danger that's now incorrectly pervasive in American parenting?

In the immediate aftermath of her decision, waiting for a lawyer to call her back and sipping on wine, Brooks recalls "every mistake, every oversight, every miscalculation I'd made during my four years as a parent." She unfurls a portrait of her singular parenting fears, competition and anxiety as she waits to hear if she'll be charged by the police for neglect.

Brooks begins to ask questions about the very nature of parental fear itself. She consults with sociologists, legal experts, social workers and other parents trying to understand the forces that shape today's parenting fears. What results is a book that interrogates the decisions we make about risk for ourselves and for our children. What she learns is that people don't think leaving children alone is dangerous and therefore immoral: They think it's immoral and therefore dangerous.

Brooks's own personal experience provides the narrative thrust for the book — she writes unflinchingly about her own experience. In the pages, Brooks is extremely relatable. She writes about her children and her parents with a wry humor that helps the reader really get a sense of who she is as a person. It's a quality that makes her endearing and frustrating. When she tells a close friend that she left her kid alone at the store and was reported the police, she writes about her friend's reaction with an almost palpable shame and vindication.

Readers who want to know what happened to Brooks will keep reading to learn how the case against her proceeds, but it's Brooks's questions about why mothers are so judgmental and competitive that give the book its heft.

"Motherhood has become a battleground on which prejudice and class resentment can be waged without ever admitting that's what we're doing," Brooks writes. Even while waiting to hear exactly how much trouble she's in, she's aware of the privilege she has as a white, married, college-educated mother and makes sure that she positions her singular experience as such: When she's talking to the lawyer she consults, she recalls him telling her, frankly, that she's "not the kind of mom they'll throw the book at."

She interviews Lenore Skenazy, founder of Free-Range kids, a woman who drew ire for letting her 9-year-old ride the subway alone, and Debra Harrell, a black, single mother who was interrogated by police for allowing her daughter to play at a well-supervised park less than a mile from the McDonald's Harrell worked at. "It is impossible to make it a crime to take your eyes off your children without also making it a crime to be poor," Brooks writes.

Fear is communal, Brooks tells her readers. Parental fears do not always correspond to the most apparent and pressing dangers children face — and Brooks writes that it's impossible to change how we parent without also changing how to be a kid. It's a sobering thought, but Brooks doesn't end there. She comes back to her own specific anxieties, writing about becoming a first-time mom: "Fear is a feeling, but it takes up space," she explains. "We invent it, and it becomes an artifact of our penchant for telling stories about the future, stories that help us order a chaotic and unpredictable world." It's an ultimately uplifting thought — fear is neither wrong nor right, and it never gives us what we truly desire: control.

Mariya Karimjee is a freelance writer, and formerly a GlobalPost/Kaiser Family Foundation Global Health reporting fellow and a writer in residence at Hedgebrook, where she was a recipient of the 2015 Elizabeth George Award.