Accessibility links
Nicaragua Expels United Nations Team After Report Critical Of The Government The human rights team had recently released a report documenting the extrajudicial killing, torture and sexual assault of protesters by the government of President Daniel Ortega. 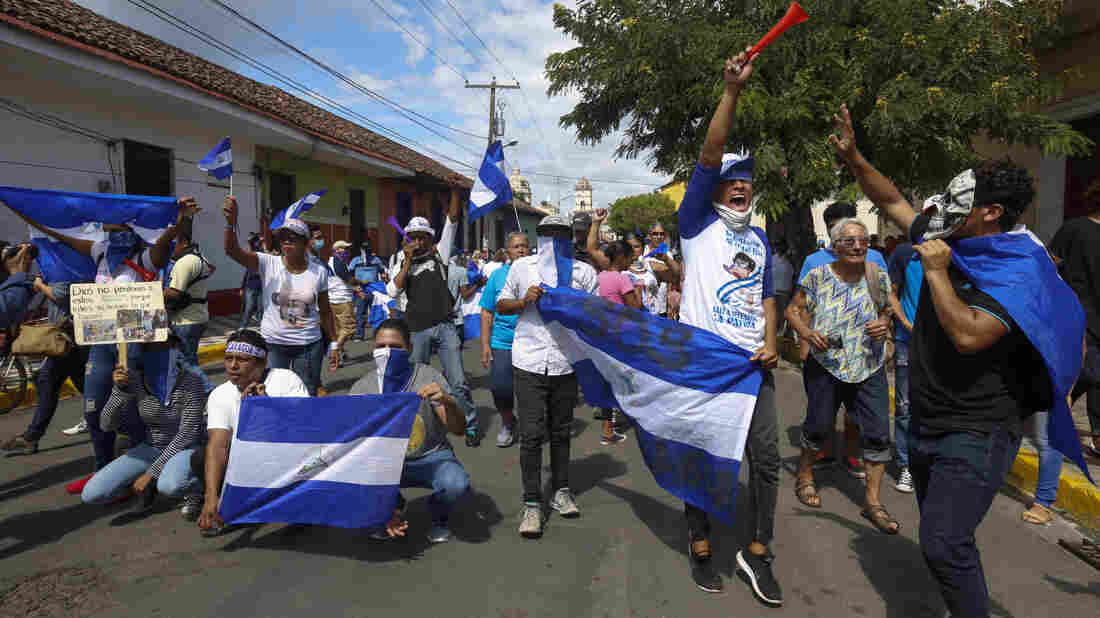 Anti-government demonstrators protest in Granada, Nicaragua. Hundreds of people have been killed in the government's brutal suppression of protests that erupted in April. Alfredo Zuniga/AP hide caption 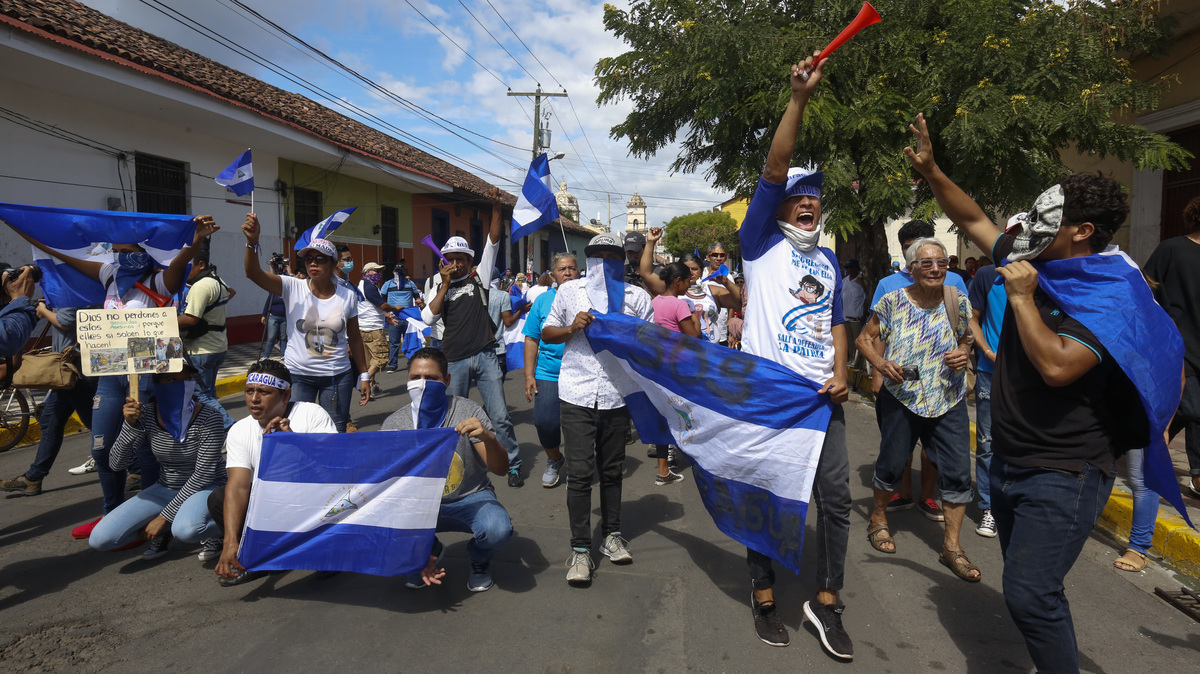 Anti-government demonstrators protest in Granada, Nicaragua. Hundreds of people have been killed in the government's brutal suppression of protests that erupted in April.

Nicaragua has kicked out a human rights team from the United Nations, just two days after it published a report detailing repression, torture and abuse of protesters by the government.

"We put forward the report not to polarize, but rather to make known what we had seen," Guillermo Fernandez Maldonado, chief of the U.N.'s human rights mission in Nicaragua, told reporters on Friday. "We did not expect the government's reaction in this sense. We only did our job."

The U.N. human rights regional office in Central America said it had received a letter on Thursday from Nicaragua's foreign ministry that its "invitation is considered concluded."

Late Friday, the U.N. released a statement from Secretary-General António Guterres, saying he "regrets" Nicaragua's decision to withdraw its invitation to the human rights office, and urged the government to continue "constructive engagement."

More than 300 people have been killed since protests erupted in Nicaragua in mid-April. Demonstrations began when the government decided to make cuts to the social security system, a decision it later retracted. The protests have continued since then, and grown to include calls for Nicaragua's president, Daniel Ortega, to step down.

The U.N. report says that as part of a government crackdown, people associated with the ruling Sandinista party were organized into "mobs" to attack protesters, and paramilitary officers arrested people throughout the country. According to the report, many of those arrested were subjected to extrajudicial killings, forced disappearances, rape with rifles, and torture with Taser guns, barbed wire, tubes and attempted strangulation.

The report calls for the disarmament of masked civilians it says is responsible for the killings, torture and detentions.

Ortega has defended the government's crackdown, calling the protesters "terrorists" working in coordination with foreign interests, and that were attempting to overthrow the government. Nicaragua's government also denies arbitrary arrests, and the allegations of torture and sexual assault. Officials pointed to the deaths of 22 police officers, which they say is proof the protests were not peaceful.

In July, Nicaragua's congress passed a new law that has helped facilitate the government crackdown. The law covers a broad category of crimes, from financing terrorist activities to damaging property and participating in armed conflict.

"Vilma Nunez, head of the non-governmental Nicaraguan Center for Human Rights, says Daniel Ortega has converted Nicaragua into one big prison," NPR's Carrie Kahn reported this week. "She says more than 2,000 people have been arrested and hundreds more remain in jail under the law, which she says criminalizes peaceful opposition."

"Repression and retaliation against demonstrators continue in Nicaragua as the world looks away," U.N. human rights chief Zeid Ra'ad al-Hussein said in a statement.

The U.N. Human Rights Council says the "chilling effect of repression" and a "climate of widespread terror" have been effective at silencing many, and that it will continue monitoring the situation remotely.

The U.N. Security Council is expected to discuss the situation in Nicaragua in early September.