Accessibility links
'Rush': The Other Founding Father From Philadelphia Named Benjamin Stephen Fried's biography argues that Benjamin Rush — a pioneering physician, writer and a signatory to the Declaration of Independence — belongs on the historical tier of Benjamin Franklin. 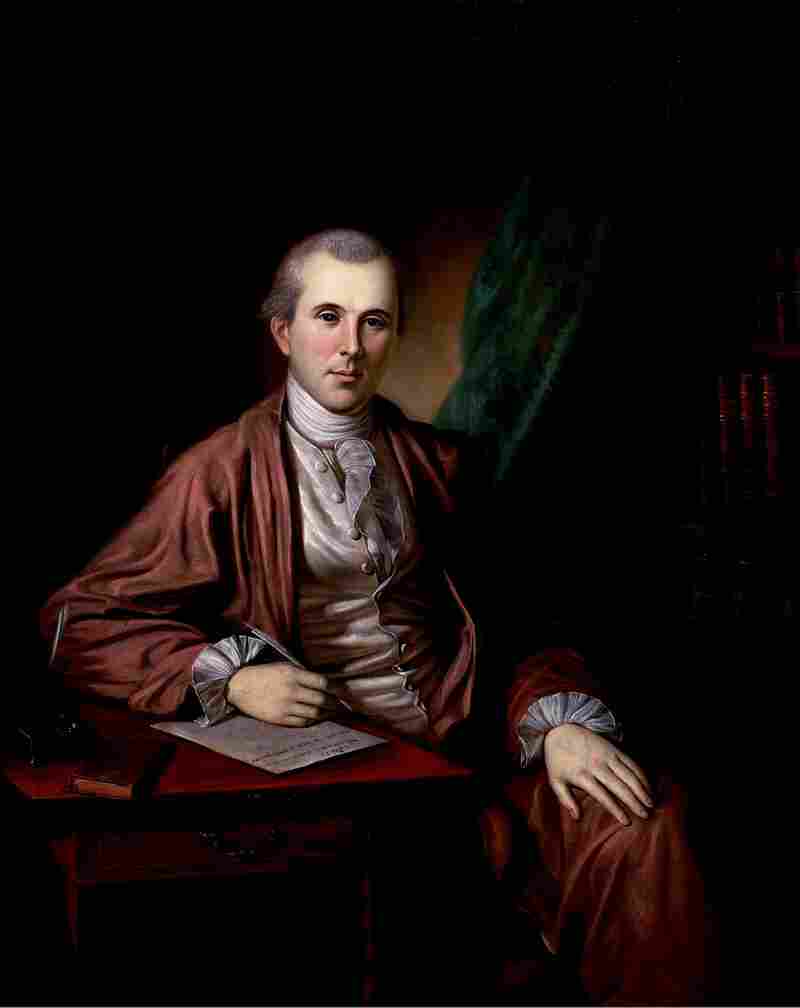 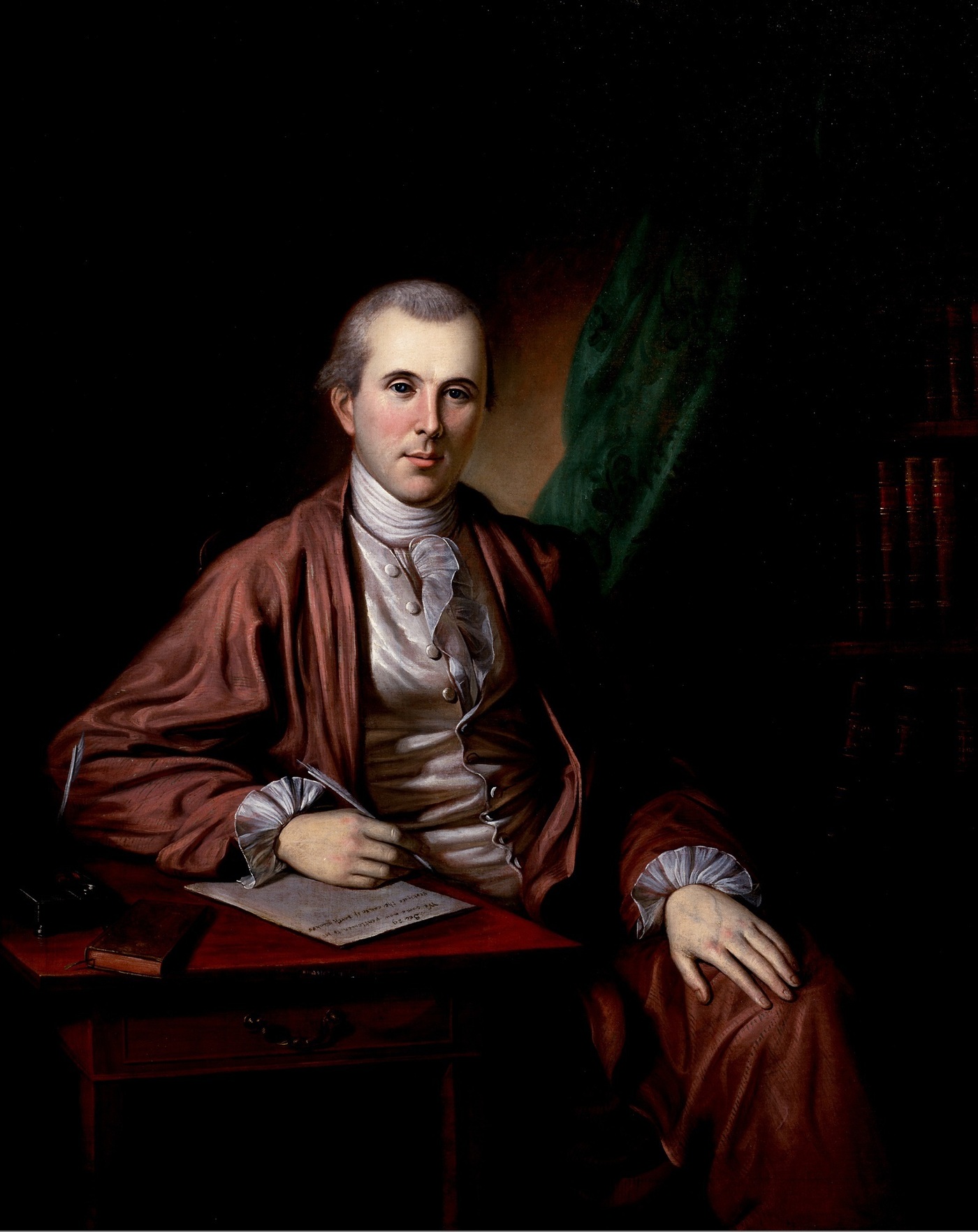 Benjamin Rush, the medical doctor and Founding Father, took after the Renaissance-man civic participation of his mentor, Benjamin Franklin.

He is the lesser-known Founding Father from Philadelphia named Benjamin — the one whose face does not grace the $100 bill.

Benjamin Rush was a signer of the Declaration of Independence. He was also a doctor — arguably the most famous doctor in America — who became known as the American Hippocrates. During the Revolutionary War, Rush was alongside Gen. George Washington when he crossed the Delaware; he treated battlefield casualties behind enemy lines; and later, became a pioneer in the field of mental health.

He was also a bold abolitionist, an advocate for public education — for women's education, in particular — and a prolific writer.

Stephen Fried tells the story of the man who became "a footnoted founder, a second-tier signer" in his new biography Rush: Revolution, Madness & the Visionary Doctor Who Became a Founding Father.

On how Rush's medical training shaped his later political views 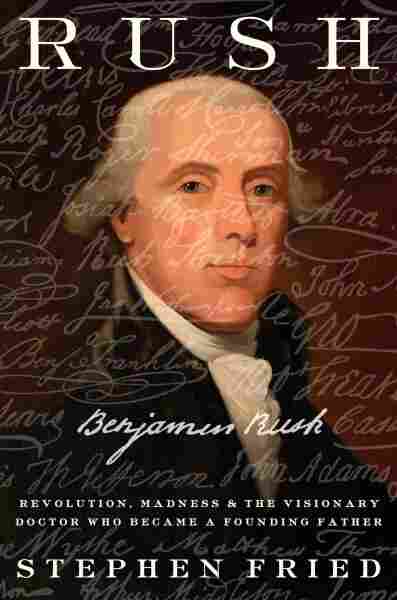 Revolution, Madness, and the Visionary Doctor Who Became a Founding Father

Rush was a blacksmith's son; he did not have a lot of money. So he was the young star of that era, and tried to make a living as a doctor, which was hard. The good thing about him trying to make a living as a doctor is he had to treat poor patients — he had to treat patients of all races. So it's not surprising that he became the Founding Father most interested in diversity issues, because he was astonished at racial prejudice; he was astonished at religious prejudice. And so he really paid attention to these things pretty early on, writing a paper that was not only against slavery, but he specifically talked about being against prejudice.

On how Rush's work in Pennsylvania Hospital, the first hospital in the country, shaped his views on mental illness

It was one of the first places that people with mental illness were treated away from their homes, and sadly, they had no idea how to treat people — they warehoused them, they locked them, they chained them to the floor, they slept on straw. It was believed then that people with mental illness were impervious to cold or heat, and actually after the Revolution — when he actually started taking control of what was going on here, both has a university professor and as a staff member here at the hospital — we can see him trying to get funding for better care, trying to get people to understand that both mental illness and addiction, which at that time was mostly alcoholism, were medical problems. This was a pretty new idea. And tried to destigmatize them and tried to get people in here for treatment. And I would argue that the history of modern mental health care starts here in this building with Rush.

As a young doctor, he gave inoculations here. And several years after that, he was in the Continental Congress signing the Declaration of Independence. He considered it to be a very solemn moment, a very scary moment. They were very cognizant, at least he was, that they were signing something that was treasonous and they could be taking their life in their hands. Rush really believed in equality, so I think that informed his decision to be in favor of independence. He was on line with independence very early on, even though this was dangerous for his career here in Philadelphia. Philadelphia had the largest percentage of Loyalists because they had the most to lose if in fact there was independence.

On the fact that Benjamin Rush, who called slavery a crime, owned a slave named William Grubber

We don't know why he bought a slave. It was in the later years of the War, and he had a slave for a number of years. And he freed him before the [Pennsylvania] Abolition Society became active again after Franklin came home [from Europe]. He didn't write about it, except to write about his freedom. And when William Grubber died, Rush had him treated at Pennsylvania Hospital and paid for his funeral; he wrote about their relationship a little bit. So not every story is a straight-through story. It's not my place to apologize for anything he did, but just to show this was a very complicated man who made an enormous contribution to America.

The funeral of Benjamin Rush is something that almost every civic group sent people to. It was described in the newspapers as being second only to [George] Washington's burial and [Benjamin] Franklin's burial. So Rush was not only one of the last of the signers of the Declaration who was still alive, but he was the most important doctor in America. So this was a very big thing.

Franklin's [grave] is the one that's probably visited the most, but I think that Rush's grave is the one that really, it provides the most thought. I do think that you can come here [Christ Church Burial Ground, in Philadelphia] and think about mental health advocacy and advocacy for addiction. You can come here and talk about public education because Rush was really one of the first people to talk about that. You can talk about religious freedom. So, there's a lot here to think about when you sit here thinking about Benjamin Rush.

On John Adams' appraisal of his good friend Benjamin Rush after Rush's death, when he wrote:

Dr Rush was a greater and better Man than Dr Franklin: Yet Rush was always persecuted and Franklin always adored. ... Rush has done infinitely more good to America than Franklin. Both had deserved a high Rank among Benefactors to their Country and Mankind; but Rush by far the highest.

I would of course agree with John Adams. John Adams was upset that Rush hadn't gotten his due. And Adams watched him grow into a patriot, into an incredibly important scientist and doctor. He was very close with Rush and very sad that Rush, he felt, would not get his due.

But this isn't a scorecard here. All I would ever ask is that the two Benjamins be seen in their own importance. I think that Benjamin Franklin is seen as the most important figure in American history. He is unbelievably important. If Benjamin Rush was here, he would say, "You're going to question whether Benjamin Franklin was important?" Rush was Franklin's protégé; he adored Franklin, and in Franklin's later years, Rush made sure that people paid attention to Franklin when he seemed too old and sick. He wasn't going to be a signer of the Constitution; Rush insisted that the Pennsylvania delegation add him. So he was respectful to Franklin, but Franklin died in 1790, and Rush very much wanted, I think, to be the next Benjamin, and be the person who carried on the traditions of Franklin into the next century. And I think he did, as a scientist, as a teacher, as a writer. And I think Franklin would admit that.

Denise Guerra and Evie Stone produced and edited this interview for broadcast.

Read an excerpt of Rush