Accessibility links
In 'Minding The Gap,' Skateboarding Is The Least Of The Pain Bing Liu's documentary tracks two fellow skaters on and off the streets of Rockford, Ill. As it turns out, all three men are grappling with the lasting trauma of parental abuse. 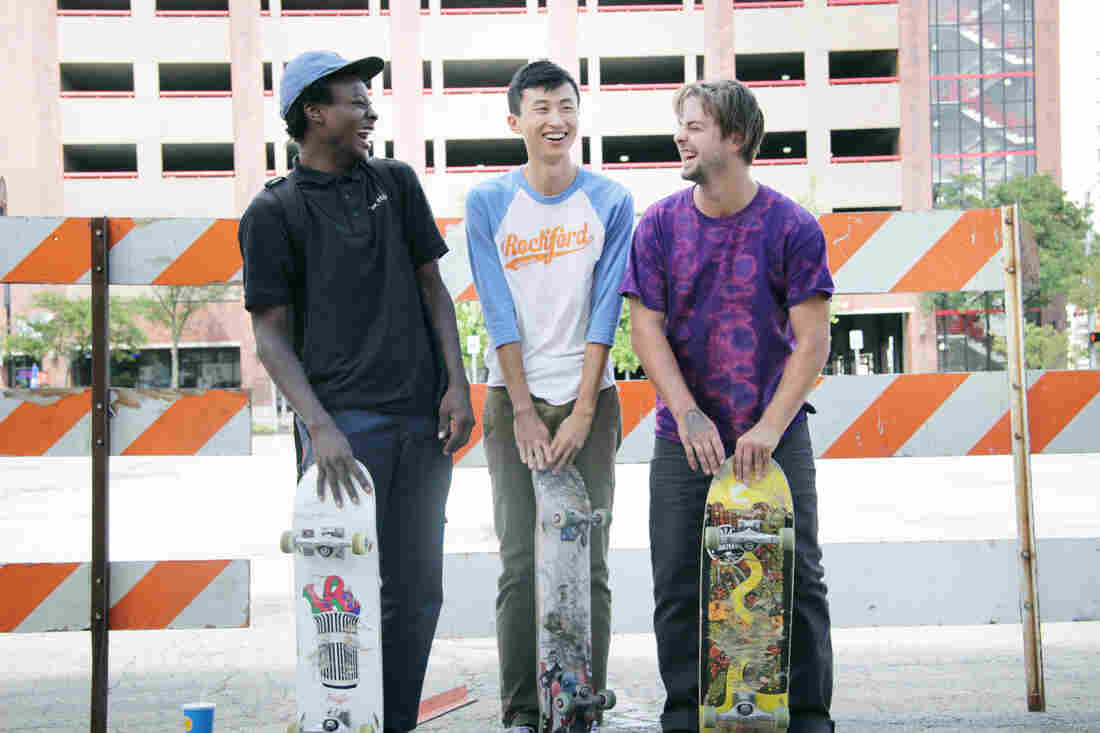 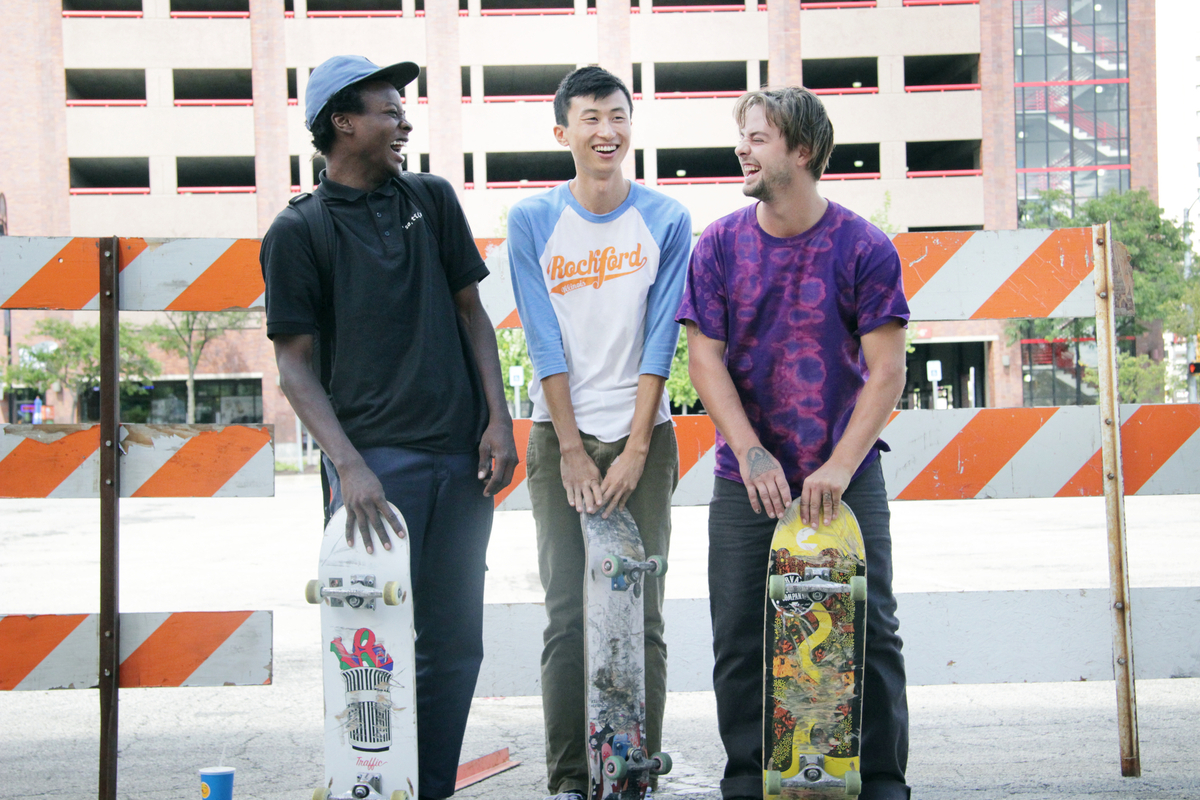 In Minding the Gap, filmmaker Bing Liu uses old and new footage of his skateboarder friends Keire Johnson (left) and Zack Mulligan (right) to track the turbulent upbringings and present-day struggles of all three.

In the new documentary film Minding the Gap, we see a message hand-painted on a smashed skateboard: "THIS DEVICE CURES HEARTACHE."

There's a lot of heartache in this movie. And if skateboarding doesn't cure it, it offers an essential escape for the troubled young men we meet in the film.

Finding, Then Filming, The Young All-Female Crew In 'Skate Kitchen'

Zack Mulligan and Keire Johnson are skateboarding friends growing up in Rockford, Ill. The filmmaker, Bing Liu, is a fellow skateboarder from Rockford.

In Minding the Gap, we watch all three of them grappling with the lasting trauma of growing up with abusive fathers and stepfathers. Liu spoke to NPR about his film, which is out in theaters and streaming on Hulu.

With Keire, he just needed to talk about it and he didn't even realize he needed to. Our first conversation on camera together was me asking him about his father, and him just opening up about how he both was super angry and hurt by his father, but also respects and loves him and misses him, because he had recently passed away. And that hadn't ever been talked about, and that had never been processed. And then that relationship just sort of blossomed from there.

With Zack, it was like — skateboarding is so difficult ... there's a real high barrier to entry because of that. There's no real easy way to do it besides just failing over and over again and having a lot of bruises and broken bones. And for someone like Zack, who is really good at skateboarding, it took a lot of jumping off an emotional cliff to be able to do that, you know? I think in hindsight, it's like — it was more important for everybody in the film to have their lives validated than the vulnerability that they were showing to the camera.

Liu: You know, one of the coping mechanisms that many children have when they go through trauma or violence in the household is they just block it out. And that was something that I unwittingly learned as a child. And it does help you a lot as a kid — it helps you just be able to bear an existence when you go home and you feel like you're walking on eggshells all the time. So by the time I became a young adult, it was like: I couldn't even have conversations with my mom without forgetting what was even said after the conversation, because I was just in such a heightened, triggered level of anxiety, and just resisting remembering what was even being said in the present. And so in a weird way, having all those cameras there — well, I wanted to capture my own vulnerability to put myself in the film, but I also wanted to have this objective document that I couldn't forget.

Block: There's a part of the interview with your mom where she says: "I wish I could do it over. I cannot believe he is that bad." And the look on your face is one of just, I think, real disbelief. Like, you kind of can't come to terms with what's she's saying there.

Liu: I mean, I know on an intimate level both that it's not her fault, but on an emotional level, the child me is very much like, "Well, it's your fault. You let this happen to me, mom. You're supposed to protect me." And so that, a statement like that — just immense, intense regret from her – is like ... it's just incredibly painful to hear as a son.

On how much of the story is about Rockford, a working-class city near Chicago with high crime and unemployment

I want to be careful about not blaming some of these issues on Rockford, Illinois. That's partly why I took such care in depicting it. But Rockford very much is the fabric of this story — it's the backdrop to it. You know, one of the opening scenes, you see these skateboarders flying around the city, and it's like, where are all the cars at? ... But like downtown. And this is a city of 150,000 — it's not a small city. And so in feedback screenings earlier on, people would ask ... "Did you shut down the city?" "How did you get all the cars to stop driving?" Well, I was like: The '80s economy got all the cars to stop driving. It's just part of the fabric — so I had to find a way to show the Rust Belt aspect of the city.

On capturing the joy of his subjects while skateboarding

It was just as much of a release for me as it was for them, probably. That's the first thing that I started filming, was skateboarding. ... Yeah, it was a lot of fun. I was actually running on foot a lot of the times. I borrowed techniques from Steadicam operators ... it allowed me to go off curves, through gravel, jump down stairs with them. And it's at eye level, so it's not glorifying the tricks — it's more about, you know, how the world flies past you and you glide like water as a skateboarder.

Sophia Boyd and Ed McNulty produced and edited this interview for broadcast. Patrick Jarenwattananon adapted it for the Web.