Accessibility links
From Poverty To Rocket Scientist To CEO, A Girl Scout's Inspiring Story When she was a Brownie, Sylvia Acevedo was inspired to earn her science badge. In her new memoir, the Girl Scouts CEO says this experience led directly to her career at NASA. 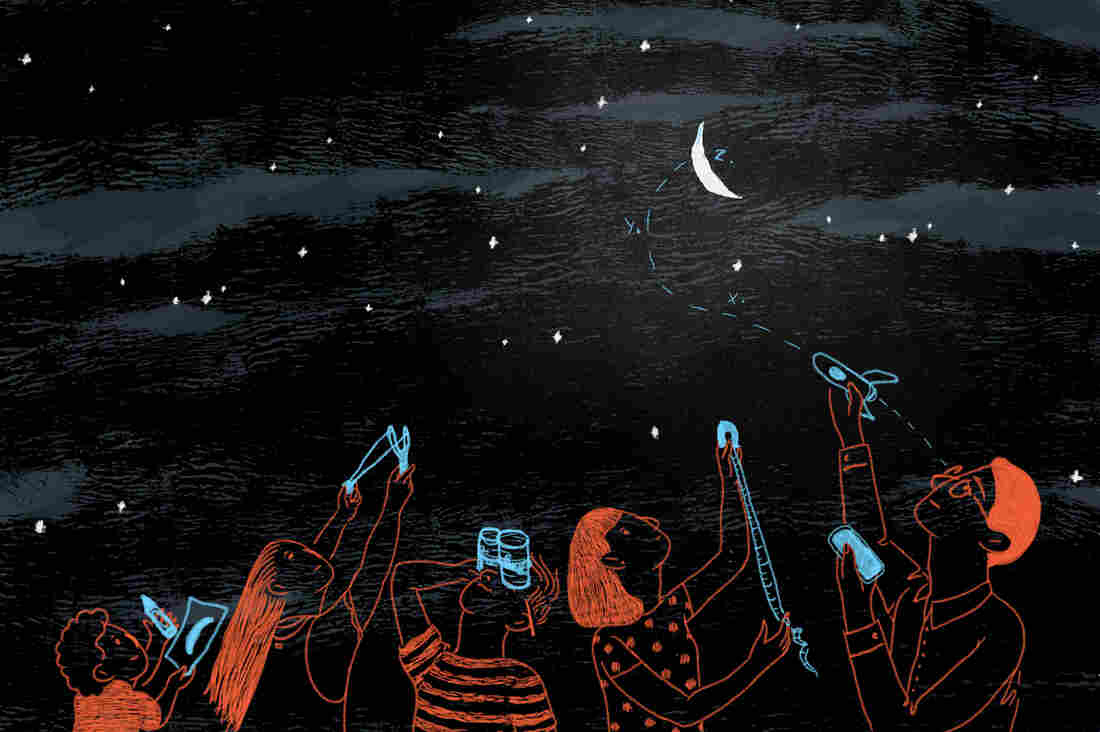 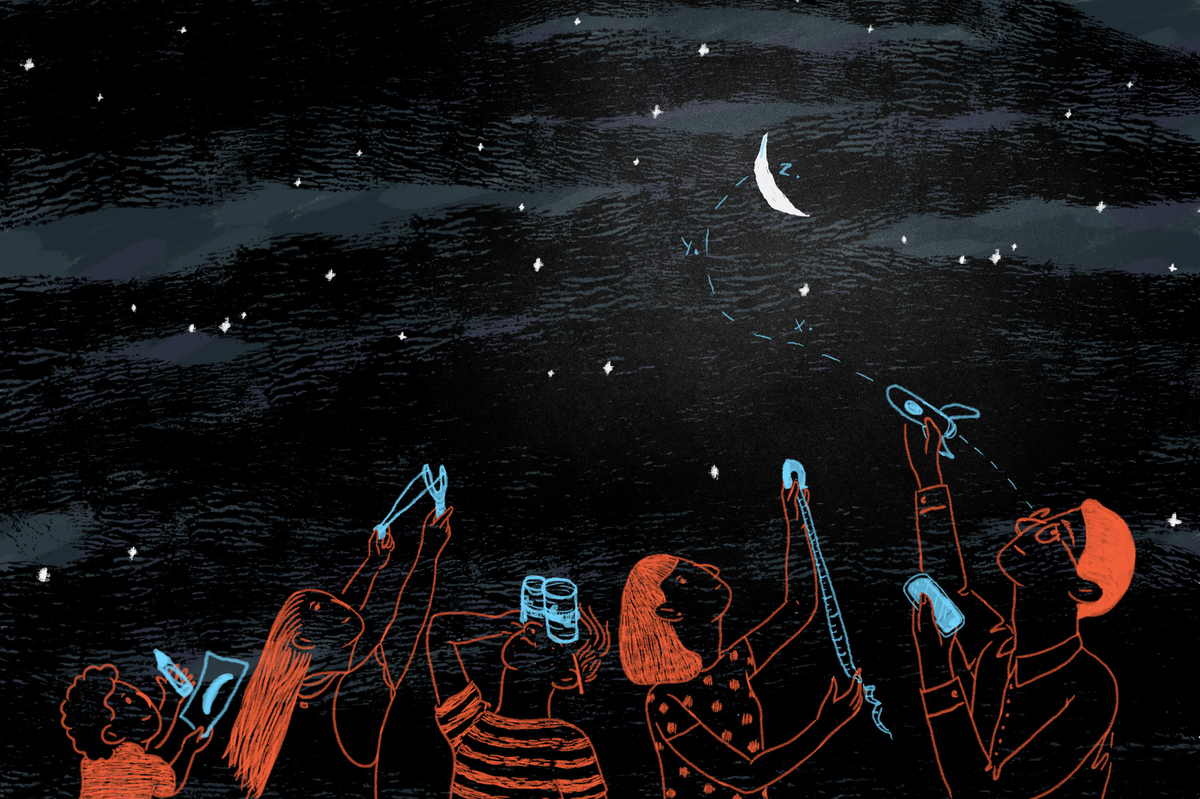 Sylvia Acevedo grew up on a dirt road in New Mexico. Her family was poor, living "paycheck to paycheck."

After a meningitis outbreak in her Las Cruces neighborhood nearly killed her younger sister, her mother moved the family to a different neighborhood. At her new school, young Acevedo knew no one. Until a classmate convinced her to become a Brownie Girl Scout.

And from that moment, she says, her life took on a new path.

On one camping trip, Acevedo's troop leader saw her looking up at the stars.

"I didn't know that there were planets," Acevedo remembers, "I didn't know there were constellations." Her troop leader pointed out the Big Dipper, the Little Dipper and a few planets. Later, when the girls were earning badges, Acevedo's leader remembered her fascination with the stars and suggested she try for her science badge.

Acevedo writes about this pivotal moment in her new memoir, Path to the Stars. 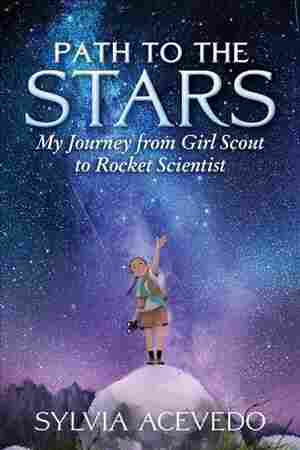 Path to the Stars

My Journey from Girl Scout to Rocket Scientist

She went on to get a master's in engineering from Stanford University, then became a rocket scientist with NASA, and then, in 2016, was tapped to head the Girl Scouts.

She was in Washington, D.C., recently, where I spoke with her about her new book and the relevance of Girl Scouts in an era of declining membership but also national concern about the education of girls.

Our conversation has been edited for length and clarity.

In the book, you talk a lot about perseverance. Can you give an example of something you overcame?

I'll tell you about my high school counselor. When she looked at me she saw a female, but she saw a Hispanic girl. And so she said, "girls like you don't go to college." But you know what? Water off a duck's back! I showed her.

Because it's a girl-only environment, it's safe. We know how girls learn and lead. We're the experts in that.

The book is being published in Spanish and English. Why Spanish?

In my family we spoke Spanish, so I wanted to make sure that girls from families that spoke Spanish would understand the advantages that Girl Scouts give them. 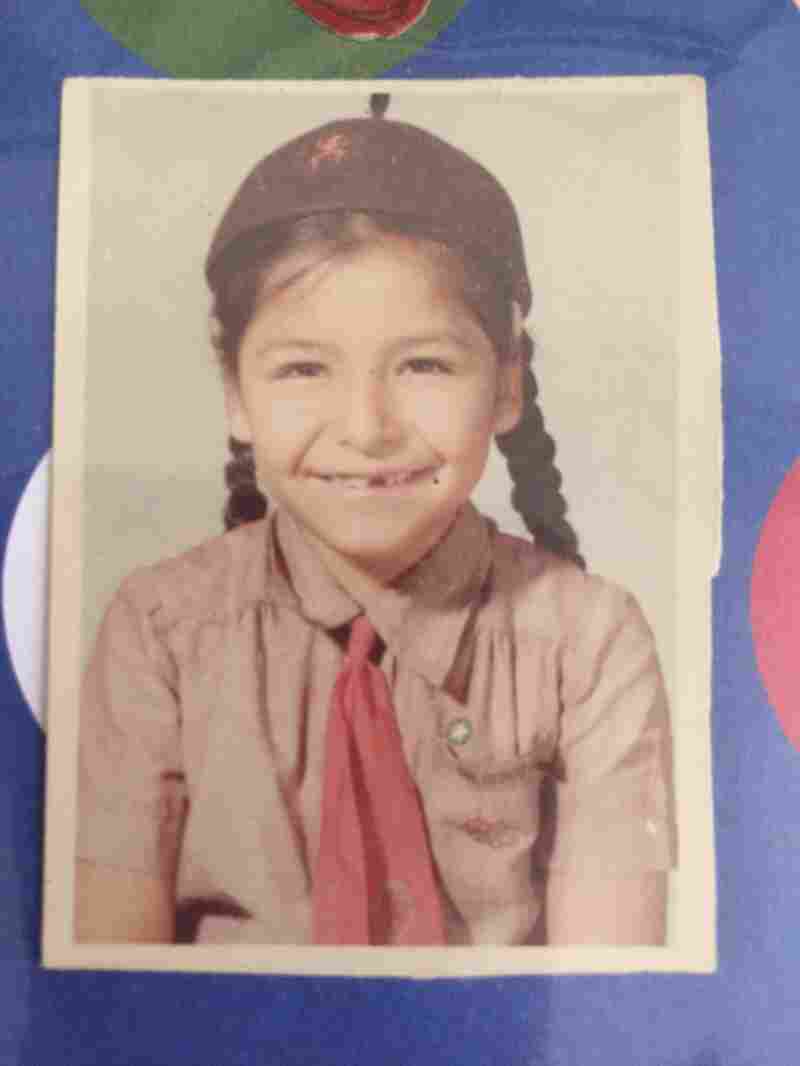 When folks think of Girl Scouts, they often just think of cookies.

You know we're incredibly proud of our cookie program. It really is the best entrepreneur program for girls and it's an amazing financial literacy program. I meet women constantly in the financial sector that told me they got their start through the great cookie program. So we're very proud of it. It allows us to be independent as well because the money stays local to drive girl projects and also their local councils. But you're right. You know a lot of folks don't know about our STEM [science, technology, engineering and math]. We are helping girls learn about cybersecurity, coding and programming.

Did you sell cookies when you were a Girl Scout?

I was there going door-to-door — to all my neighbors. I was really excited because we were able to make our goal and do all the fun activities. There's a famous sales technique that my troop leader gave me: She taught me that you never leave the side of a sale until you've heard "no" three times, and to this day I live by that. What it taught me was persistence, determination and resilience and I've kept that lesson in my life ever since.

Thin Mints. I love opening a sleeve of Girl Scout cookies. It's like aroma therapy for me, just smelling that thin mint. I just feel calm.

What are some things you're hoping to bring to the Girl Scouts? What does the future look like?

How Parents And Teachers Can Nurture The 'Quiet Power' Of Introverts

Well, when girls are earning different badges they have all those job skills that are tied directly to what they've learned. So imagine, as you earn those badges, that a digital resume is created. So that when you're going to an employer that you're able to present your Girl Scout experience in a way that can get you hired. You've run your own business, you have made a budget, have great customer service.

We're also really excited about re-imagining how girls represent their affiliation with Girl Scouts. So we don't even want to define ourselves by uniform. And right now there is a revolution going on in fashion and clothing and wearables. Imagine if we have technology embedded in a shirt. And when you came to another girl that was a Girl Scout that it would identify them. It's such a great time to be a Girl Scout.

Read an excerpt of Path to the Stars

Why Teens Find The End Of The World So Appealing