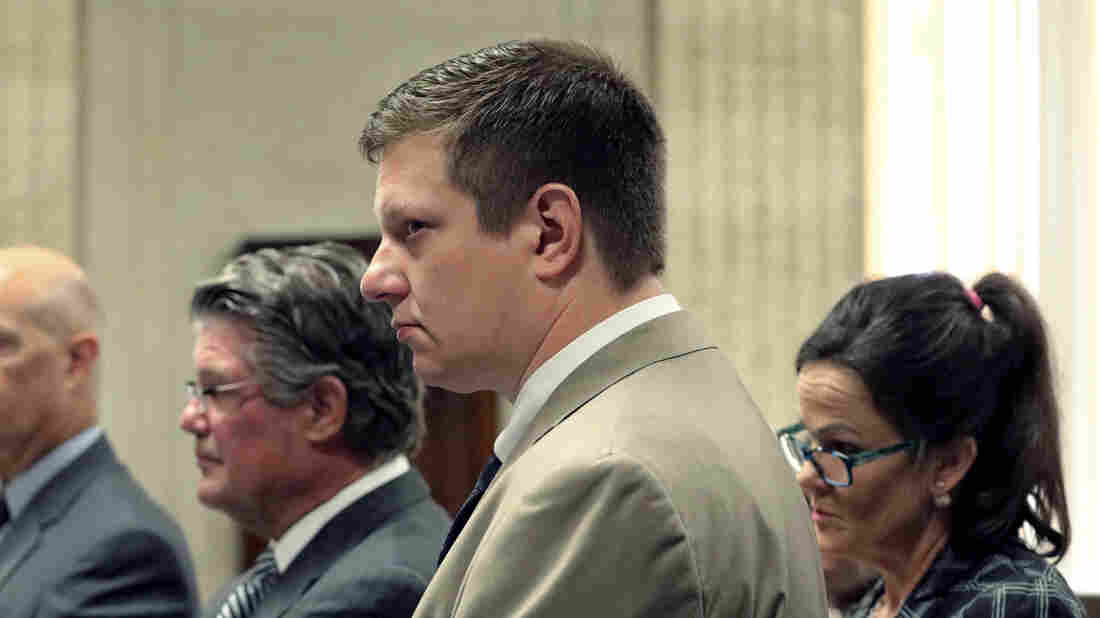 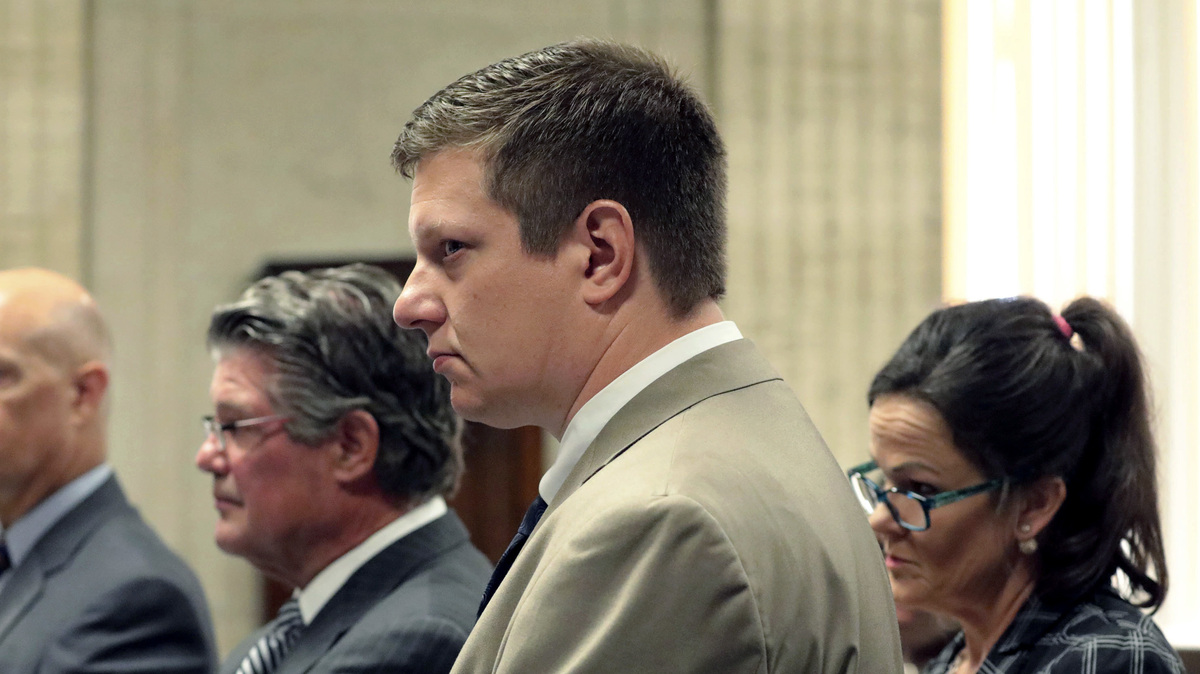 Jury selection begins Wednesday in the murder trial for Chicago police officer Jason Van Dyke. The officer, who is white, is accused of killing 17-year-old Laquan McDonald, who is black, as he walked down the middle of a city street holding a knife.

The case has come to embody many of the political and racial tensions that grip the city, and the massive distrust between communities of color and police. In fact, one protest chant has become a mantra in the case: "Sixteen shots and a cover-up."

It references the 2014 shooting of McDonald and the city's delayed response to questions about what happened.

The city released a graphic, silent police dash cam video a year after the shooting. It shows Officer Van Dyke opening fire a few seconds after he exits his police car. He shoots McDonald 16 times.

Recording from a police dash cam, with additional information from WBEZ Chicago.

"I never would have done this if I didn't believe my life or someone's life was in danger," Van Dyke said in an interview last week with a local Fox-TV news affiliate. He said he was following the training he received from the Chicago Police Department. Police contend McDonald lunged at officers with a knife. Van Dyke's defense team and police contend he acted in self defense.

The video tells a different story. It shows McDonald, knife in hand, walking away from the officers when they open fire.

Van Dyke is charged with murder and aggravated battery. He's pleaded not guilty. Read more about the case and listen to the "16 Shots" podcast from WBEZ Chicago and the Chicago Tribune. WBEZ hide caption Read more about the case and listen to the "16 Shots" podcast from WBEZ Chicago and the Chicago Tribune.

Critics charge that Mayor Rahm Emanuel tried to keep the video under wraps during a tough re-election campaign. The mayor, who announced Tuesday that he won't seek a third term, always denied that charge.

Three years ago during a city council meeting, he apologized for McDonald's death. "What happened on Oct. 20, 2014 should never have happened," the mayor said. "Supervision and leadership in the police department and the oversight agencies that were in place failed. And that has to change."

There are about a thousand fatal police shootings every year, says Bowling Green State University criminologist Philip Stinson. Most are deemed justifiable.

"Since 2005, only 93 officers has been charged in one of those cases," Stinson says. "Out of those 93, about a third have been convicted."

What happened on Oct. 20, 2014 should never have happened. Supervision and leadership in the police department and the oversight agencies that were in place failed. And that has to change.

It was just a week ago in Texas that a jury took that rare step — convicting a police officer of murder and sentencing him to prison for fatally shooting a unarmed teenage passenger in a car.

In Chicago, it has been decades since a police officer faced a murder charge for an on-duty fatality. Van Dyke's attorney has long argued that his client can't get a fair trial because of all the publicity. He calls the case a tragedy — not a cause for a murder charge.

After an earlier court hearing, Laquan McDonald's great uncle, Marvin Hunter, said his nephew's death was indeed a tragedy — an all too familiar one for African-Americans during encounters with police: "We need to change a corrupt culture that allowed this to happen in the first place," Hunter said.

Many believe the outcome of this case, on the heels of the Texas conviction, could signal that reform efforts are taking hold.

There's been plenty of local political fall out: Mayor Emanuel's announcement on Tuesday that he's not running again, a police superintendent ousted, a county prosecutor losing her re-election bid. There also have been sweeping police reforms that include de-escalation training for cops, considered critical when looking for alternatives to deadly force.

Some of the changes occurred following a scathing report by the U.S. Department of Justice. The report found that Chicago police often used unnecessary and deadly force, especially against minorities, and called for federal oversight.

That's something the police union adamantly opposes, says Fraternal Order of Police President Kevin Graham. He called it "illegal and invalid," and says they'll challenge it in court.

Christy Lopez is a former Justice Department attorney who helped lead the investigation. She says the recommendations in a draft consent decree that would mandate reforms are a milestone.

"What this consent decree does is it attempts to address each of those components that allowed the Laquan McDonald (shooting) and so many other problematic incidents to occur," Lopez says.

Components like training, discipline, recruitment and accountability — all things she says that must be addressed in order to change the culture of a police department.

While those recommendations are a start, Maria Hernandez says the consent decree doesn't go far enough. Hernandez is an organizer with Black Lives Matter.

"We need to convict Van Dyke," she said. "We need this consent decree to reflect the demands of the people most impacted."

Protests are expected as the trial for Van Dyke gets underway.