Accessibility links
North Carolina Can Use Gerrymandered Map In November, Court Rules Judges in North Carolina said Tuesday that there isn't enough time to approve a new map before a new session of Congress — despite finding the map to be unconstitutionally gerrymandered.

North Carolina Can Use Gerrymandered Map In November, Court Rules

North Carolina Can Use Gerrymandered Map In November, Court Rules 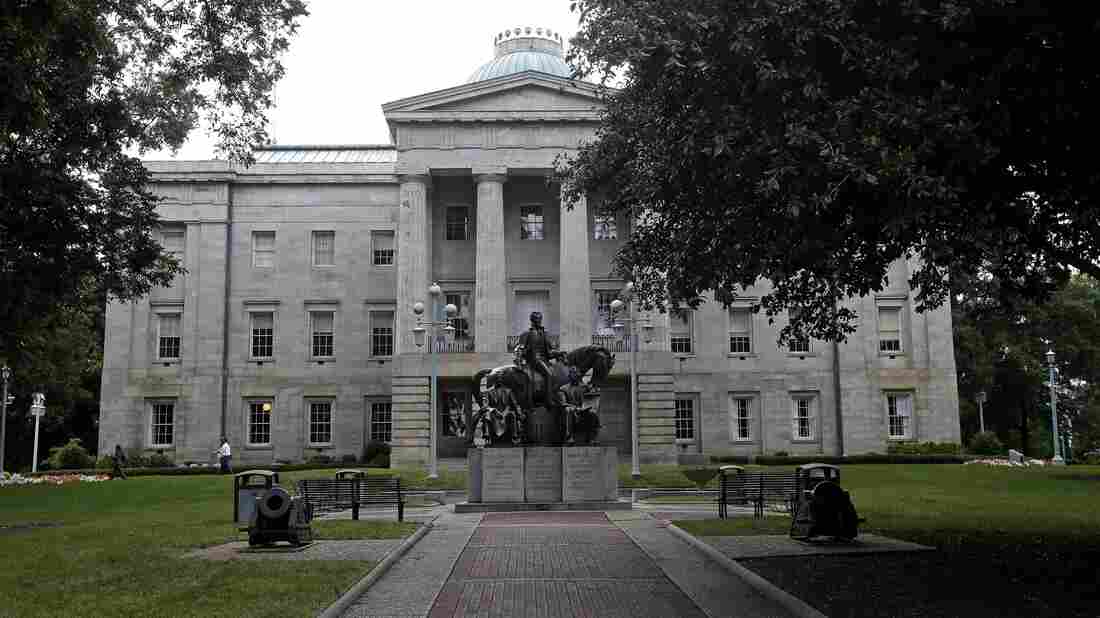 A court ruled that congressional maps that came from North Carolina State Capitol were unconstitutionally gerrymandered but will still be used in November. Gerry Broome/AP hide caption 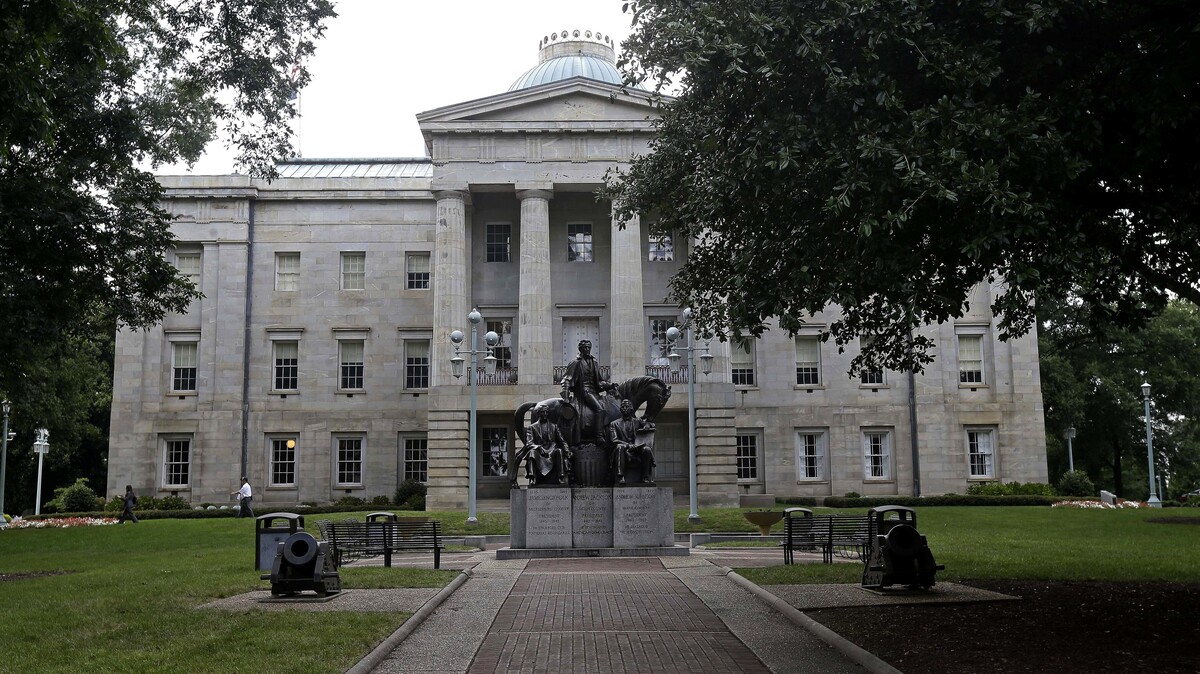 A court ruled that congressional maps that came from North Carolina State Capitol were unconstitutionally gerrymandered but will still be used in November.

Judges in North Carolina on Tuesday said that despite declaring the state's electoral map to be unconstitutionally gerrymandered for partisan reasons, there wasn't enough time for the map to be redrawn before midterm elections in November.

Last week, the same panel of judges in the District Court for the Middle District of North Carolina said that a 2016 congressional redistricting plan was made with the express purpose to "ensure Republican candidates would prevail in the vast majority of the State's congressional districts." The court said the Republican-created plan violated the 14th Amendment's Equal Protection Clause, the First Amendment, and Article I of the Constitution.

Republicans involved in drafting the 2016 map had created it with the intent of making 10 Republican House seats and three Democratic ones, according to the court.

Those numbers match the state's current representation in Congress — though statewide, vote totals were far more even between parties in the 2016 election. Almost 2.4 million people voted for President Trump, while 2.2 million voted for Hillary Clinton.

But the advocacy groups Common Cause and the League of Women Voters, who along with the North Carolina Democratic Party had challenged the state's electoral map, said Friday that they would rather voters use the current map for November's elections rather than risk voter confusion and lower turnout.

Common Cause said it wants to ensure the Supreme Court would have time to review the case in its upcoming October to June term, which would give officials the time to redraw districts yet again before the 2020 elections.

But delaying until the following Supreme Court term would be an "abomination," Common Cause said, accusing state officials of purposely dragging their feet: "There is no doubt that delay is their game," the group's lawyers said Tuesday.

A lawyer for the redistricting committee said last week that the court's decision "ignored decades of Supreme Court precedent" and said the court should "decline to meddle" in the upcoming election.

A court had earlier declared a 2011 North Carolina map to contain unconstitutional racial gerrymandering. The 2016 plan was a redrawing in response to that court decision.

The court said last week that regardless of whether it uses the 2016 map in November, the state was barred from using it in any following election.