Accessibility links
Turbulence Roils Emerging Markets In The Shadow Of A Strengthened U.S. Dollar India's currency hit an all-time low, not long after currencies in Turkey and Argentina slid to their own record lows. But one major reason why is not to be found in emerging markets at all. 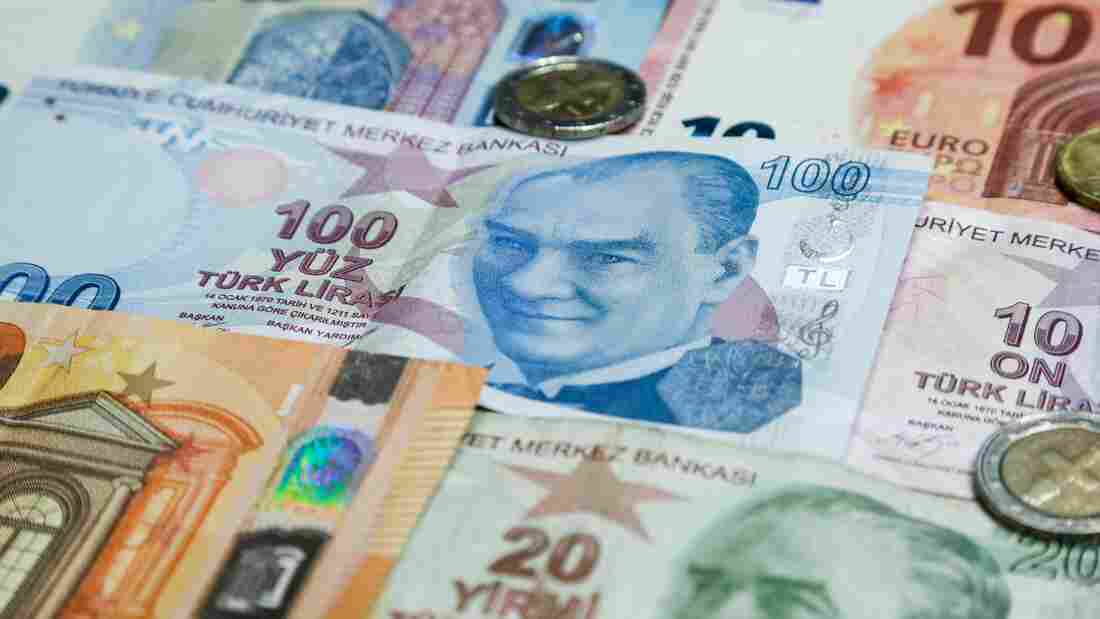 A pile of Turkish lira and euro banknotes sit atop a table earlier this month. The currencies of Turkey and other emerging economies have been falling against the U.S. dollar, which has been boosted by rising interest rates. Amir Makar/AFP/Getty Images hide caption 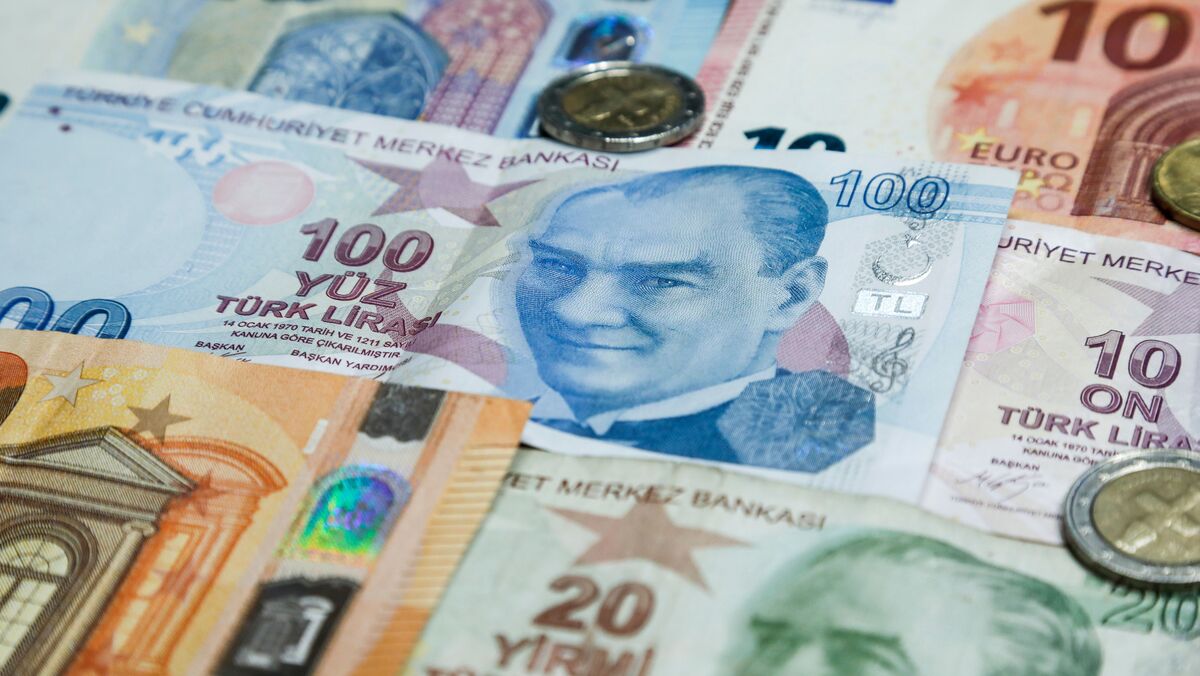 A pile of Turkish lira and euro banknotes sit atop a table earlier this month. The currencies of Turkey and other emerging economies have been falling against the U.S. dollar, which has been boosted by rising interest rates.

To be clear, economists have not been discussing an epidemic the past few weeks — at least, not the kind that directly concerns physical health. They're talking about the economic health of emerging markets around the world. And the diagnosis doesn't look great.

Many of those countries' currencies have nosedived, but the blame isn't entirely local — many of them have been weakened by rising U.S. interest rates.

The value of India's currency, the rupee, plunged to an all-time low against the U.S. dollar Wednesday. By the end of the day, a single dollar could buy more than 71 rupees, capping what has been a months-long slide for Asia's third-largest economy.

But India can take small solace in the fact it's far from alone in its currency woes. Turkey's lira, Argentina's peso and Indonesia's rupiah have all slid to historic depths in the past month, while South Africa's rand has taken a steep dive of its own.

"Emerging market currencies are taking a beating across the board," says Prasad, who teaches at Cornell University and serves as a senior fellow at the Brookings Institution. "There are some particularly vulnerable emerging market economies, such as Argentina and Turkey, that seem to have caused international investors to look at all emerging markets. And when they've looked, they've seen some fragilities."

Those perceived weak points can be as various as the countries that bear them.

In Turkey, for instance, strongman President Recep Tayyip Erdogan has incurred market-watchers' doubts by vowing not to raise interest rates — the widely accepted remedy for the high inflation rate the country's grappling with now. It doesn't help that Turkey is also embroiled in a diplomatic spat with the U.S. involving tariff hikes and sanctions.

And Argentina, to take another example, inadvertently prompted investors' panic last week by requesting the early release of a $50 billion loan from the International Monetary Fund, citing — apparently unironically — the desire to "eliminate any uncertainty."

But one major source of their recent currency troubles has come not from these countries at all. It rests in Washington, D.C.

The Federal Reserve has raised its key interest rate twice already this year on the strength of a steady economy. And those rate increases have helped cause "investors around the world to rethink the proposition of taking risks by investing in emerging markets in order to get higher yield," Prasad says.

Those higher rates have also simultaneously helped bolster the value of the U.S. dollar and make loan repayment pricier for any country that has borrowed in dollars. That's really bad news for countries such as Turkey and Argentina, which have taken on lots of such debt in recent years.

"You've got a whammy: higher interest rates and a higher dollar making it harder to pay back," says Joseph Gagnon, a senior fellow at the Peterson Institute for International Economics. And that scares investors, he says, "because they look at these countries and say, 'Oh, now the burden of the debt they had borrowed is higher. That raises the risk of default. That makes me worry that maybe I should get out now.' "

Gagnon, who has served as a senior official at the Fed and in the Treasury Department, points out the value of a country's central bank getting to set its own monetary policies — and the dangers when it can't.

So Argentina's central bank may find that even drastic measures — such as the one it undertook by raising its own benchmark lending rate to 60 percent last week — have less effect than it might prefer.

But even if a country did not do much of its borrowing in dollars, it still risks getting stained with the same brush.

Ask India or South Africa: Both countries have stumbled into some of the same economic troubles as their emerging market peers, despite largely avoiding similar missteps in borrowing.

Spread — in other words, much like a contagion. Sensing weakness in some economies, investors may flee others or simply sell their investments in mutual funds that contain both.

But unlike some contagions, Gagnon does not expect this one to spread too far into other emerging markets.

"So many emerging markets are in better shape than they were 20 years ago. It's got to make a difference, I have to believe it," he says. "You know, maybe I'll be wrong — but I don't think so."