Accessibility links
Coastal Labs Studying Increased Flooding Consider Moving Because Of Increased Flooding Scores of coastal research labs around the country are helping communities plan for sea level rise. But now many are starting to flood themselves. 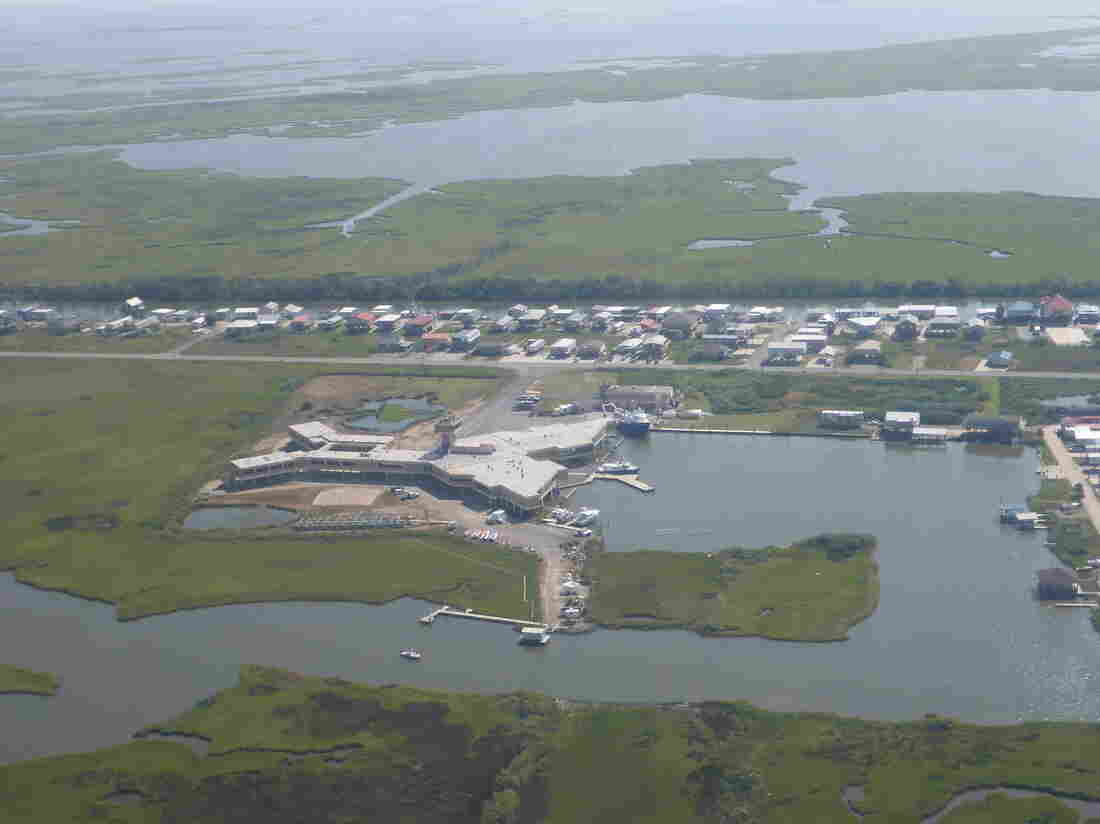 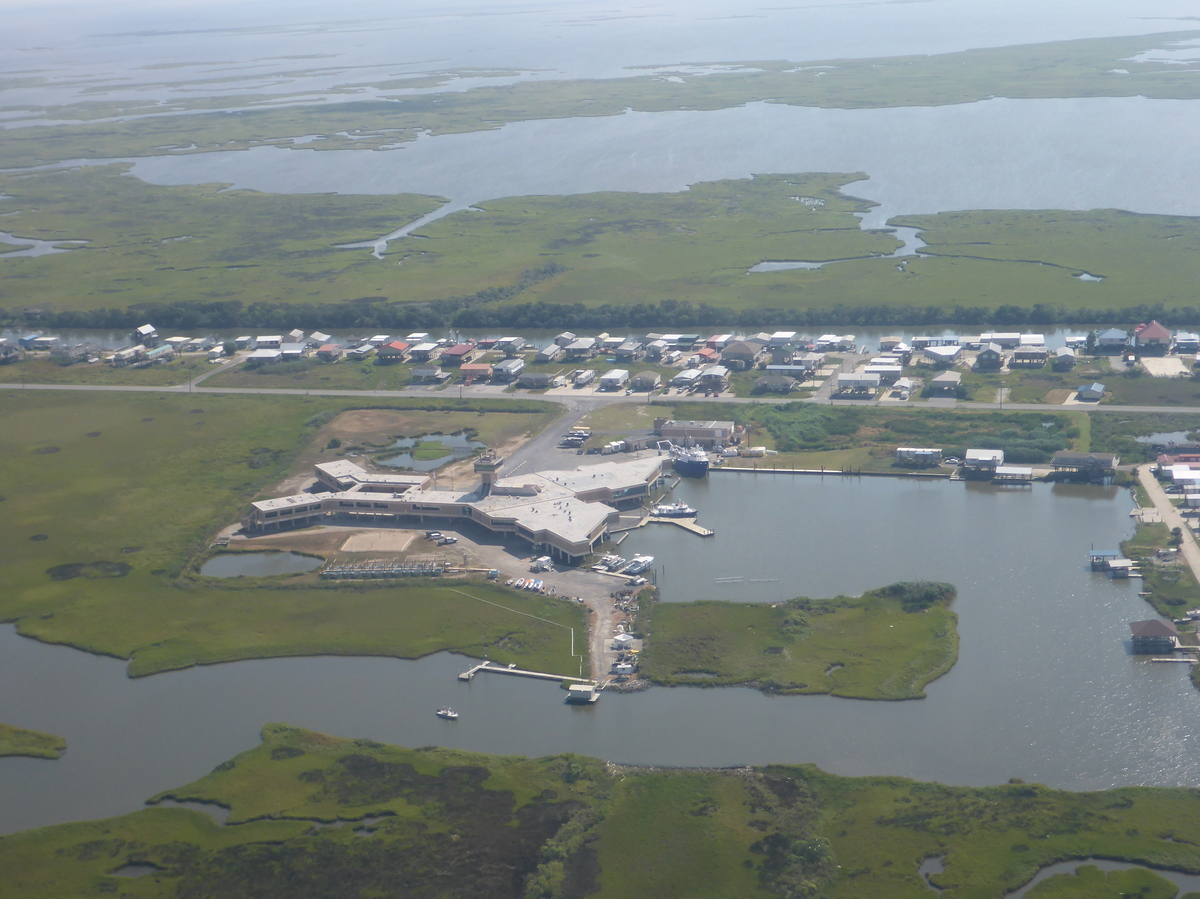 Scores of coastal research labs around the U.S. are helping communities plan for sea level rise. But now many are starting to flood themselves, creating a dilemma: stay by the coast and endure expensive flooding, or move inland, to higher ground, but away from their subject of study.

The Louisiana Universities Marine Consortium lab is located along the state's fragile coast, about 80 miles southwest of New Orleans. The giant X-shaped building is at the end of a gravel road, surrounded by open water and grassy marshes.

During a recent open house, cars packed the parking lot. Families and children streamed through the place, checking out aquariums with local fish and turtles, taking rides on the research vessels, and talking to researchers like coastal professor Alex Kolker. He showed them models of the Mississippi River and sediment cores to explain how fast the coast is disappearing.

Due to a combination of sea level rise and natural subsidence (sinking land), the state is losing land faster than just about anywhere in the world.

State and federal officials have built levees along much of the coast to protect populated areas. The Army Corps of Engineers, with state and local partners, recently built a big one right near the marine consortium, known as LUMCON.

But as Kolker watched the construction play out on his way to work, the big backhoes and trucks moving dirt around, he realized one day that the giant wall was not going to protect the lab.

"This is sort of an ironic situation," he says.

The research lab whose work is helping Louisiana prepare for rising seas, among other climate impacts, will now have to cope with them itself.

Since then, the lab grounds have started flooding more often. The building is already raised 15 feet off the ground in case of storms, but now the whole property floods during heavy rains and high tides. This happened about 75 times last year.

Kolker and his colleagues often arrive at the end of the road to find standing water surrounding the lab. They must wait for it to recede, or sometimes go home and try to work from there.

Kolker is making the most of it, using this front row seat to further his research. State data estimates that sea levels in this area could rise about four feet by 2100. 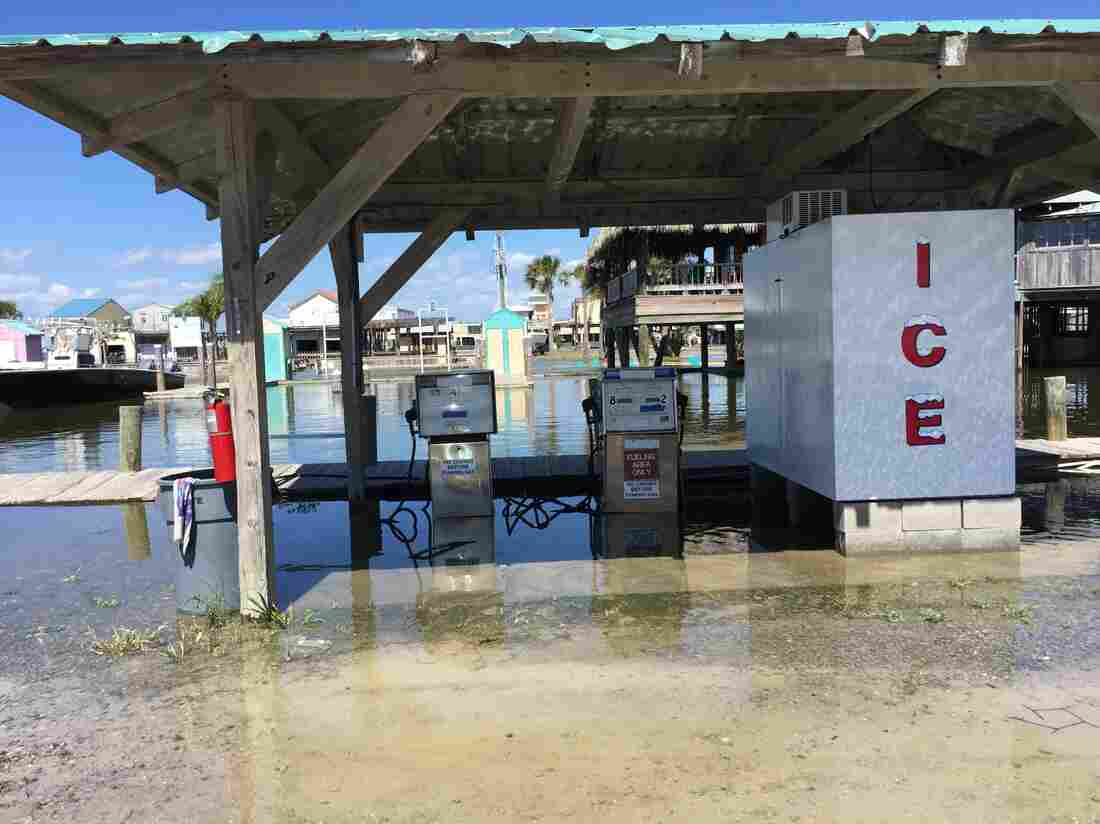 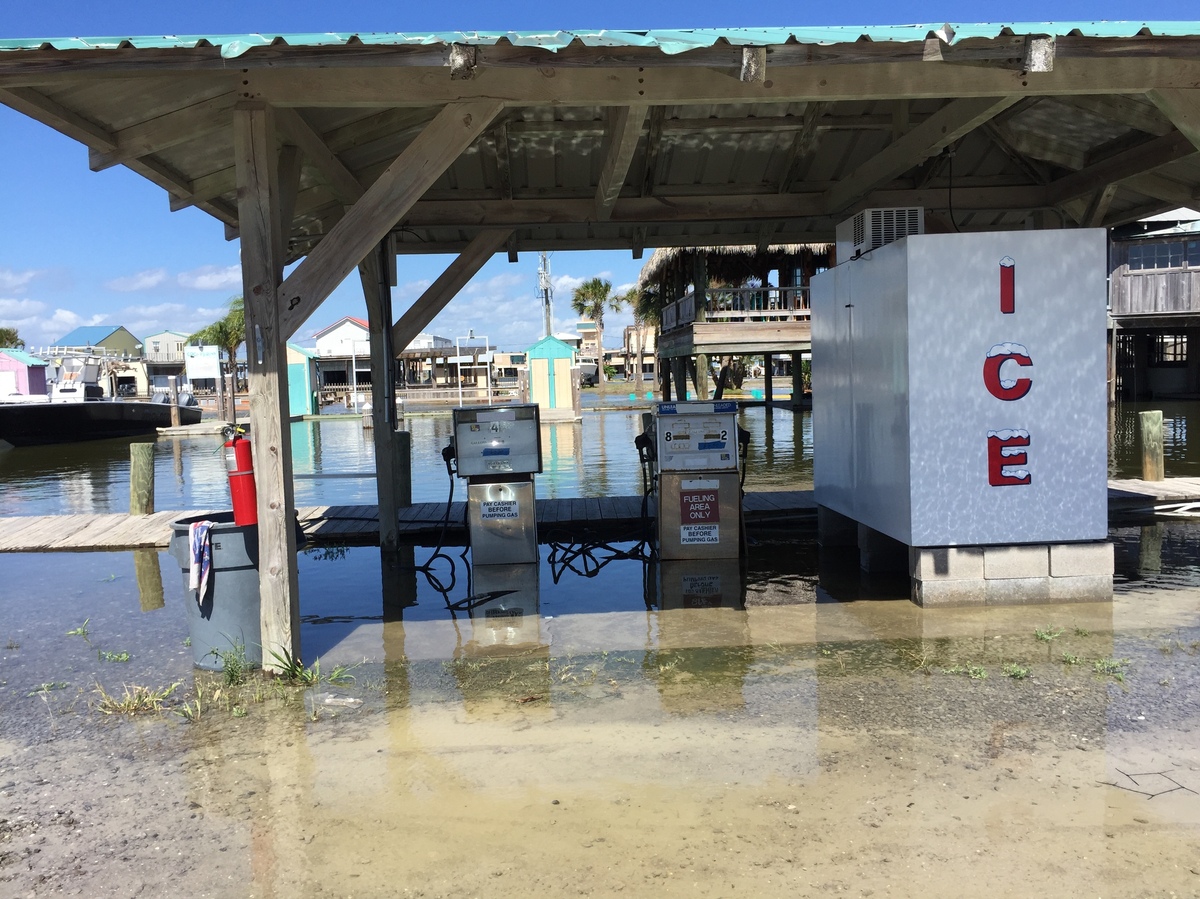 Donald Boesch, professor with the University of Maryland Center for Environmental Science, says scores of coastal labs around the country are studying flooding, sea level rise and ocean acidification, research that is helping states make decisions about how to deal with climate change. He says these labs have never been more important, but now many of them are also flooding.

In some places, including Mississippi, labs are moving to higher ground, he says. In others they're raising buildings up high, as in Texas, where a lab was hit by Hurricane Harvey.

Boesch says even if carbon emissions are aggressively cut, limiting the worst impacts of climate change, sea levels will continue to rise for years to come, threatening not only marine laboratories but also places where people live. They are all going to face hard decisions, he says, "about whether they can provide improved infrastructure, or they need to move back, they need to retreat."

In Louisiana, LUMCON director Craig McClain says retreat is one option, and he and colleagues are brainstorming others. Perhaps, he says, the lab could be permanently surrounded by water and "we have a dock somewhere else that people drive to, and then we shuttle people out to the center."

The lab is already moving some of its bigger boats to safer ports inland, and trying to get a high-clearance military vehicle to drive through high water.

"I love being here," he says, "and as marine scientists, we have to be by the coast." Even if it eventually means taking a boat to work.