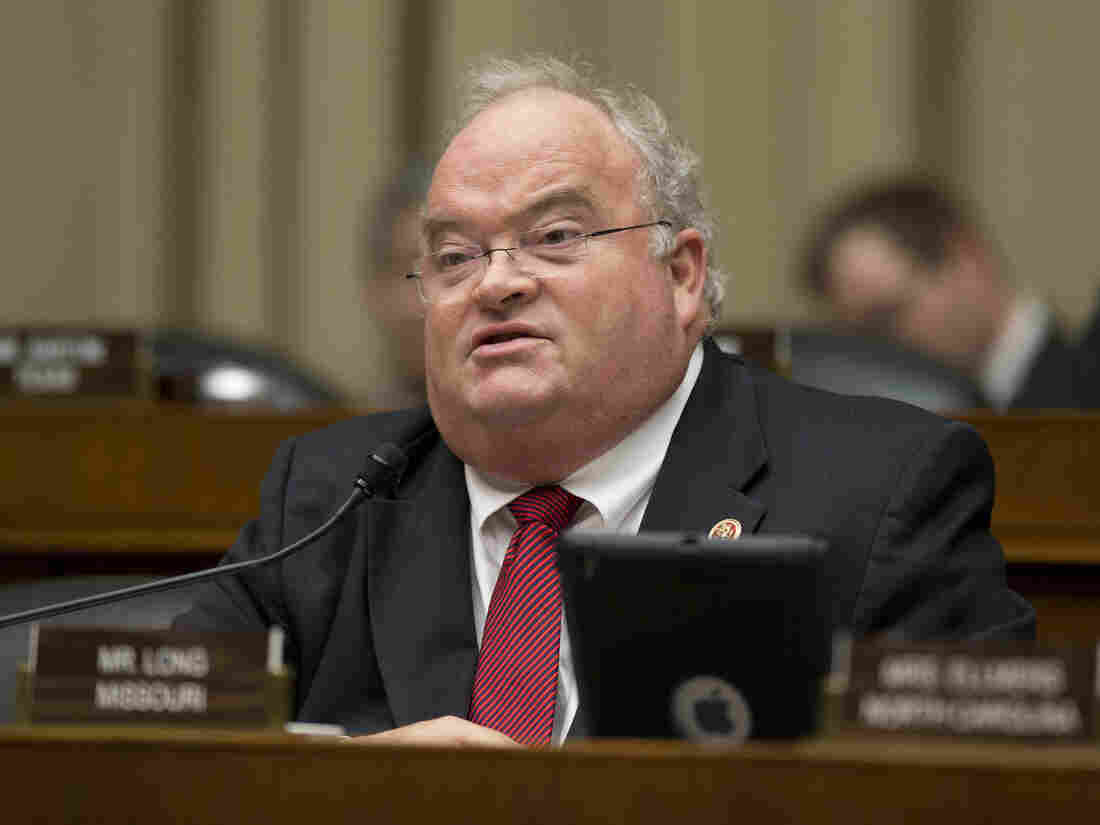 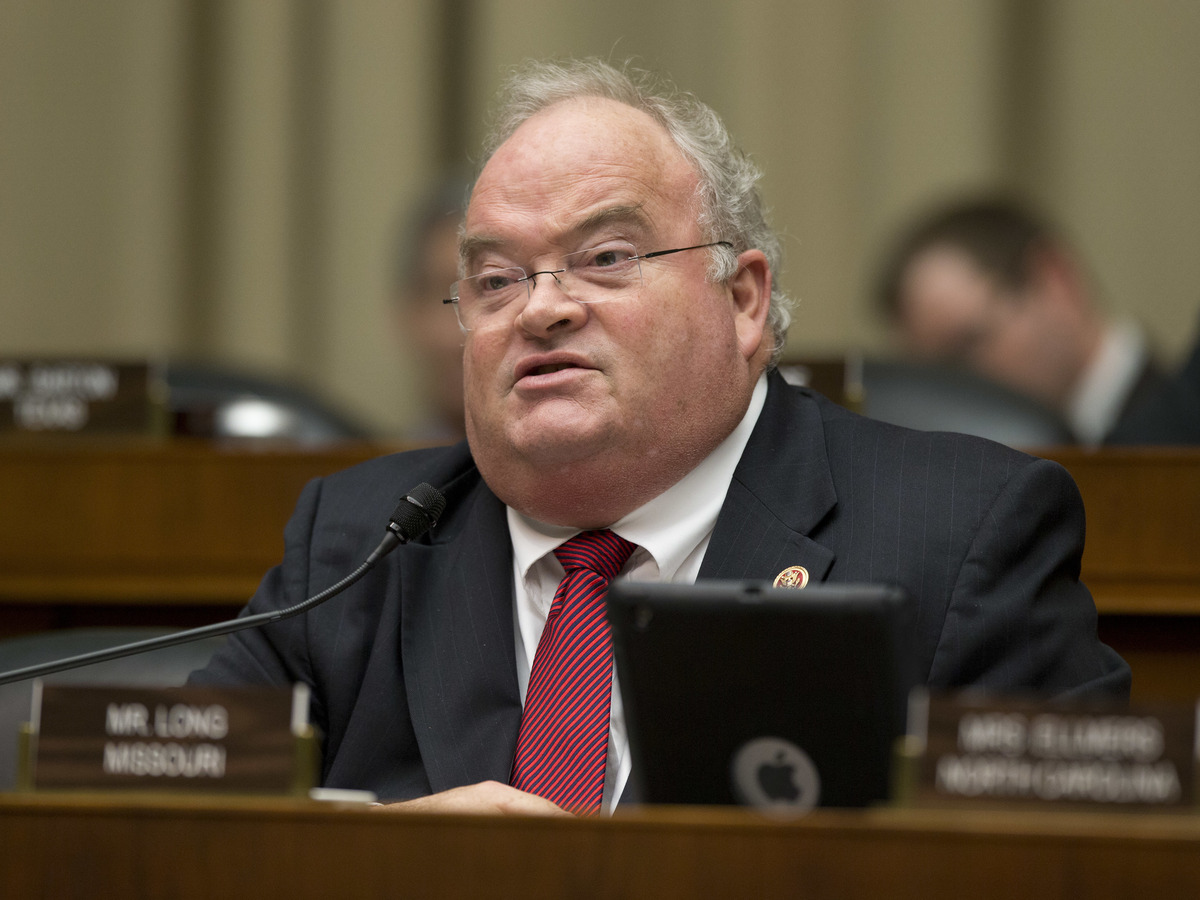 Former auctioneer Rep. Billy Long, R-Mo., shown in a House hearing on Capitol Hill in 2014, used his unique skills on Wednesday to drown out a protester.

Missouri Rep. Billy Long left behind a career as an auctioneer when he took up his post in Congress in 2011.

Nevertheless, old habits die hard. In the midst of a hearing with Twitter CEO Jack Dorsey before the House Energy and Commerce Committee, Long employed his auctioneering skills to drown out a vociferous protester.

The woman, who was holding a cellphone on a selfie stick and apparently taking video of her tirade against Dorsey, was suddenly stunned into silence as Long launched into rapid-fire bid calling.

"Twelve and a half, 15, 17 ... ," he began as the woman tried and failed to compete and spectators looked on with amusement.

Capitol Police were called to escort the protester out as Long kept up his chant.

"We're selling the cellphone there," he continued. Before finally concluding to laughter, "I yield back."

It is not the first time that he has had the opportunity to use his unique skills since coming to Congress.

During a floor speech in 2011, he read off the national debt as an auction chant.