Accessibility links
Alabama's Roy Moore Sues Over Embarrassing Appearance On Sacha Cohen Series Moore appeared in a July episode of Cohen's Showtime series Who Is America? in which a character played by Cohen implies that Moore is a pedophile. 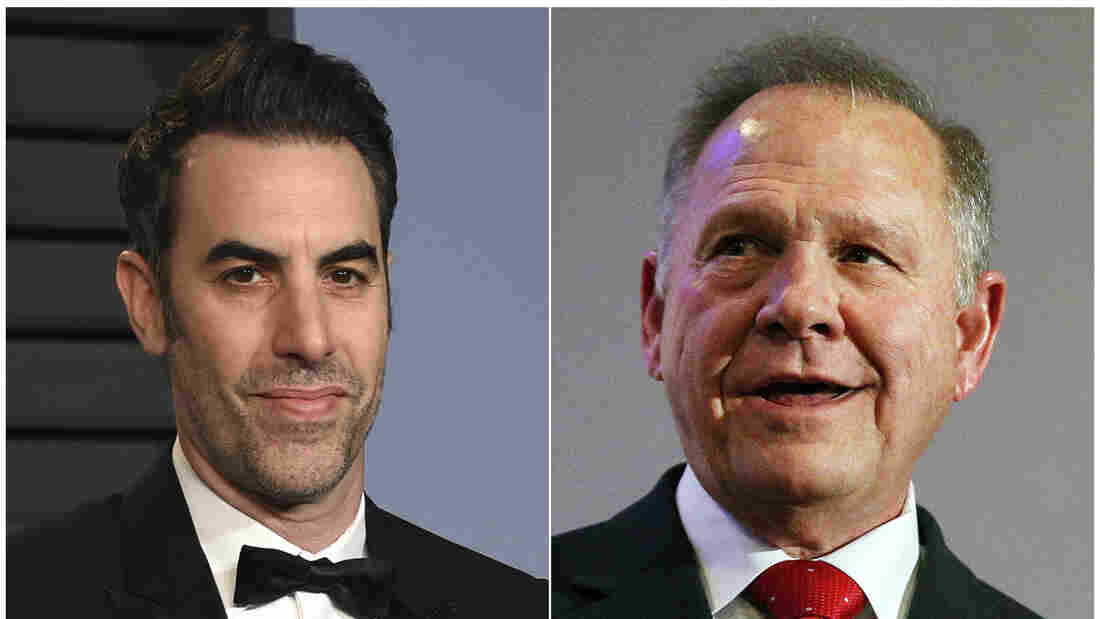 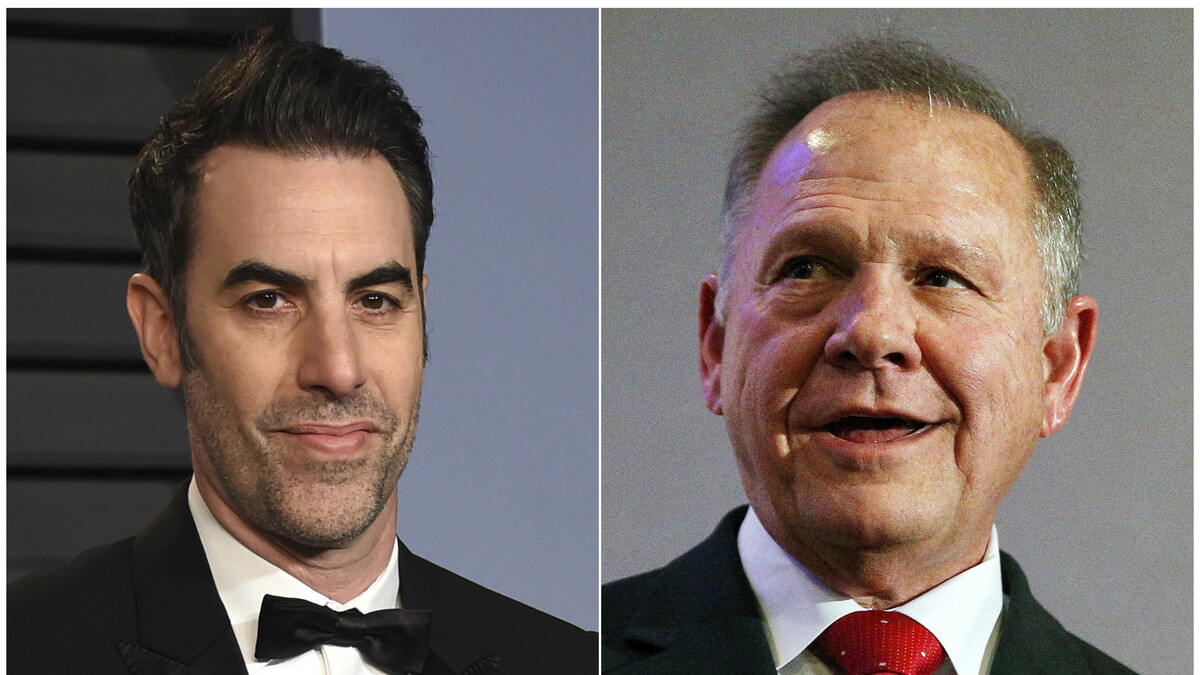 Former Alabama U.S. Senate candidate Roy Moore has filed a $95 million defamation suit against comedian Sacha Baron Cohen, who pranked Moore on his television show by posing as an Israeli intelligence officer with an electronic device that he said could detect pedophiles.

Moore — who during last year's Senate race was dogged by accusations that he had pursued relationships with teens as young as 14 — is one of several politicians who have been lured unwittingly into embarrassing appearances on Cohen's Showtime TV program, Who Is America?

In a July 29 episode, Cohen poses as an Israeli counterterrorism expert, Col. Erran Morad. In an interview with Moore, Cohen's Morad claims that Israel has discovered that pedophiles secrete a certain enzyme at higher levels than "nonperverts."

Morad waves the device over himself and nothing happens, then near Moore, when a loud beep is heard. Cohen repeats the demonstration several times.

Sacha Baron Cohen Is Hit-And-Miss In 'Who Is America?'

Moore finally says, "I am simply cutting this conversation right now. Good night. I support Israel. I don't support this kind of stuff." He then walks out of the interview.

Moore says that he was flown to Washington, D.C., under false pretenses, believing he was to "receive an award for my strong support of Israel."

According to The Associated Press, "Larry Klayman, founder of the conservative group Freedom Watch, is representing Moore and his wife Kayla in the lawsuit. The complaint names CBS and Showtime as defendants in the case."

"Sasha Baron Cohen, who is not only low class but also a fraudster, will now, along with Showtime and CBS, be held accountable for his outrageous and false, fraudulent and defamatory conduct which callously did great emotional and other damage to his great man and his wife and family," Klayman said in a statement, according to AP.

Besides Moore, former Vice President Dick Cheney, former vice presidential candidate Sarah Palin and several others have been punked by Cohen in character.

In July, Georgia state Rep. Jason Spencer, who bared his buttocks and shouted racial slurs in one episode, was forced to resign from the legislature.

The AP says the defamation suit by Moore "appears to be the first actually filed" by one of Cohen's guests on the show.

A previous version of this story incorrectly suggested Sarah Palin was tricked on Who Is America? Palin's encounter with one of Sacha Baron Cohen's characters has not aired.