Accessibility links
Director Lauren Miller Rogen's 'Like Father' Reflects Her Own Emotional Journey : It's Been a Minute with Sam Sanders It's Tuesday: writer and director Lauren Miller Rogen talks to Sam about her new Netflix film, "Like Father," starring Kristen Bell and Kelsey Grammer, caring for a parent with Alzheimer's disease, and working with her husband, Seth Rogen. 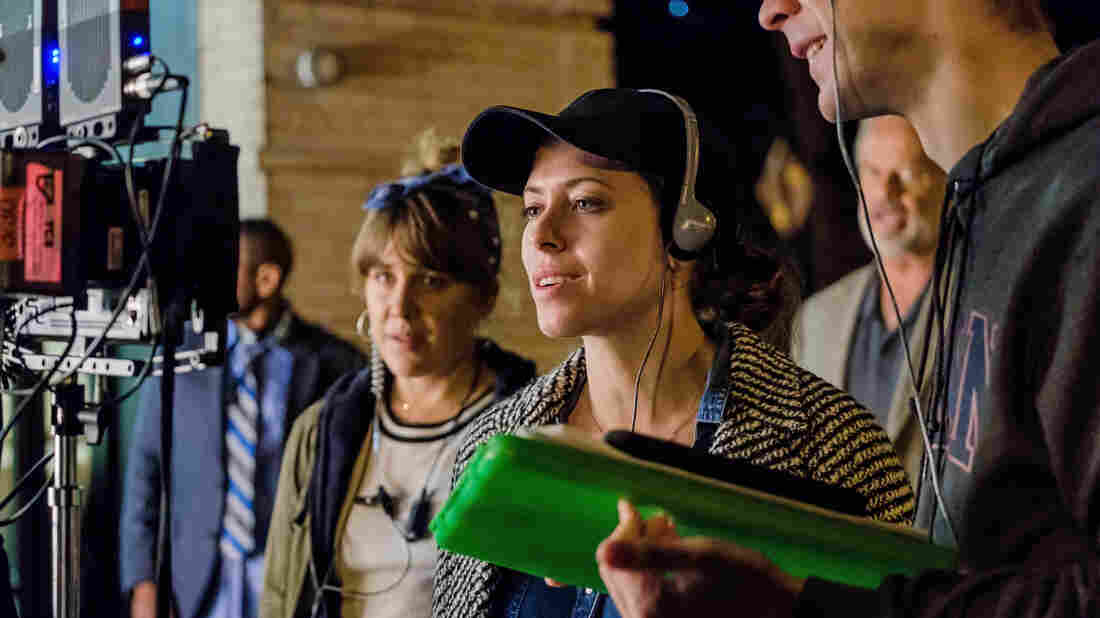 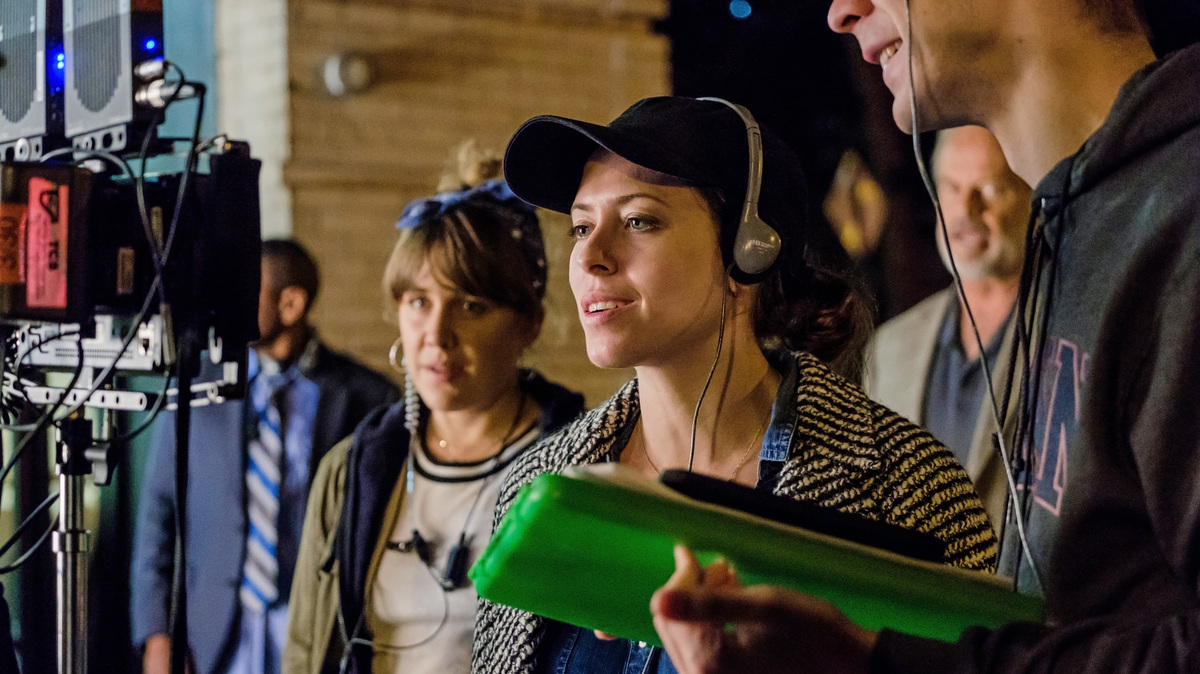 Director Lauren Miller Rogen on the set of her new Netflix film, 'Like Father.'

In Like Father, actress Kristen Bell plays a woman named Rachel who tackles some dramatic highs and lows. After being left at the altar, she finds herself on her honeymoon cruise with her estranged father.

The film is directed by Lauren Miller Rogen, and it wasn't until she was editing her movie that Rogen discovered she had created a character whose emotional journey reflected her own. She and husband Seth Rogen were attending lavish industry events where she chatted with celebrities and was having a seemingly good time on the outside. But on the inside, she was facing a family tragedy that made her angrier than she had ever been: her mother was suffering from early-onset Alzheimer's.

Rogen has learned to work through that anger by combining her highs and lows: she and Seth have started Hilarity for Charity, a foundation that raises money to fund research for a cure against Alzheimer's disease and promotes awareness around the disease.

Rogen spoke to Sam about what she misses most about her mom and what it was like to direct her first movie as a woman in the 'biz.'

On directing a movie on a cruise ship

There's a scene that takes place on the deck at night, that's like a pretty emotional scene. And it was so windy that we couldn't shoot, and we were only on the ship for one more night. And we were like, 'What are we gonna do?'

And they called the captain, who is this guy, Captain Johnny. I mean he's literally the captain of the largest ship in the ocean. He's the nicest most fun guy ever. So he came down. This is at like 11 o'clock at night, and we're trying to get our scene. The wind is everywhere. You can't hear anything. We couldn't put the camera over the ledge of the ship.

My anger always really came out in the car. I had horrific road rage. I would yell at people. I just thought that if someone ran a stop sign, it meant the whole world was going to sh*t. And I mean I had a horrific 'bacne,' back acne literally like the size of silver dollars because I was so stressed out. I hardly slept every night.

I was very like existential. You know what I mean? What's the point of all this? If this is what happens, what's the point? Why are we doing this?

I mean, I'll say this. The script that we sold first that starred dudes. I started writing in 2007 or 2008. So the language that they use included some words that are not okay to say today. It's the f-word in relating to gay people. [It] was a word that was in there. You know what I mean? I'm like, that's not, now that's not okay.

Probably wasn't okay back then, but we had a different connotation. It was a different time. And you know even my husband, he talked about some of the dialogue that's been in some of his past movies and it's like, 'Oh you can't say that now.'...

But we just didn't have awareness then. And that's why you have to learn from things. And the thing is that like, not to get too topical. But I think that a lot of people made jokes in their past that they shouldn't have made and have learned from them and have moved on and shouldn't be penalized for them or punished for them and shouldn't be taken away from directing amazing franchises for making bad jokes.