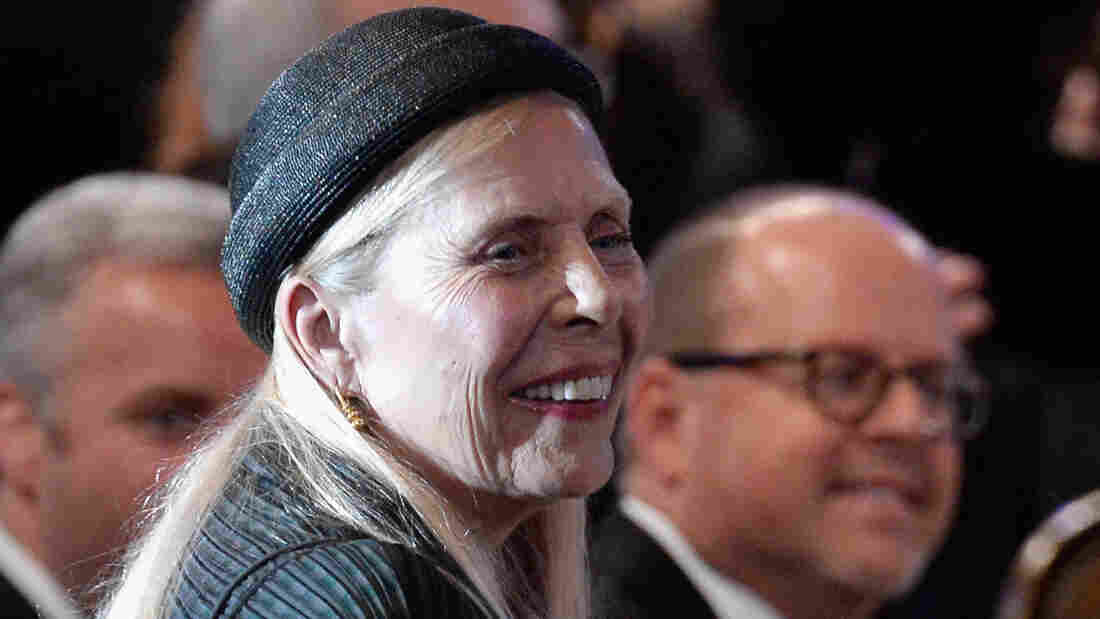 Joni Mitchell, photographed during the Grammys' Salute To Industry Icons event on February 7, 2015 in Beverly Hills, California. The singer will be celebrated in a pair of concerts on Nov. 6 and 7, 2018 in Los Angeles. Kevork Djansezian/Getty Images hide caption 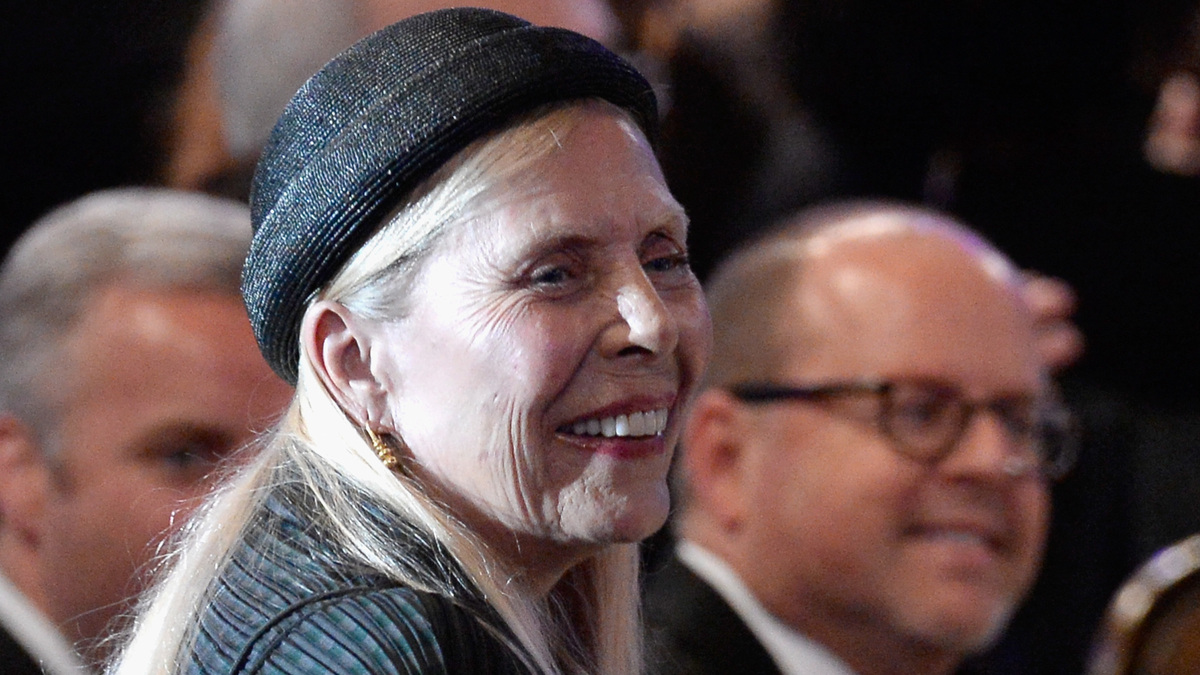 Joni Mitchell, photographed during the Grammys' Salute To Industry Icons event on February 7, 2015 in Beverly Hills, California. The singer will be celebrated in a pair of concerts on Nov. 6 and 7, 2018 in Los Angeles.

It's easy to love, worship and seek to emulate Joni Mitchell – but it's not so easy to pay proper tribute to her. That's why celebrations centered on her music are so fun. They challenge each performer, usually a besotted Joni devotee, to engage her tricky rhythms and find footing in her sometimes octave-jumping melodies; to parse her words — those phrases piercing through the particular into the universal — without slavishly imitating her Canadian cadences.

This fall, to honor Mitchell on her 75th birthday, a stellar coterie of artists will pay their fealty on Nov. 6 and 7 (the latter being her actual birthday) at the Dorothy Chandler Pavilion in Los Angeles, a venue where Mitchell herself famously performed in the early 1970s.

The artists scheduled to appear — who will be performing Mitchell's songs throughout — illustrate the vast breadth of Mitchell's influence. Some, like Chaka Khan and Graham Nash, are longtime Mitchell associates. Others, like Rufus Wainwright and Norah Jones, have preserved her legacy in different ways during the past twenty years. The list also includes Emmylou Harris, Glen Hansard, Diana Krall, Kris Kristofferson, Los Lobos and Seal.

With Brian Blade and Jon Cowherd as musical directors, the show promises to be adventurous. Drummers have always been foundational in Mitchell's sound, and Blade, who worked with her from the mid-'90s through her most recent release, 2007's Shine, is highly sympathetic to her music's complex twists and turns. Pianist and composer Cowherd is his partner in The Fellowship Band, one of contemporary jazz's most dynamic groups. (The pair has honored Mitchell before, serving as musical directors of the Hollywood Bowl's 2011 Joni's Jazz concert.)

The concert, in partnership with Vanity Fair, is part of an annual fundraising gala for The Music Center, a downtown Los Angeles complex that houses the Pavilion. The Center will use proceeds from the concert to "provide access to the performing arts ... through nationally recognized arts education programs, world-class dance presentations ... and free and low-cost community programming that reaches across boundaries of age, race, ethnicity, gender and beyond." After the Nov. 7 concert, Mitchell will also become the second person awarded The Music Center's Excellence in the Performing Arts Award, during a soirée also in her honor. Actress and singer Rita Moreno was its first recipient.

Despite the award, it remains to be seen whether Mitchell herself will be in attendance. She has rarely been seen since suffering an aneurysm in 2015 — but she does live in Los Angeles, and has attended a few events, including Elton John's 70th birthday concert last year. Whether or not her famous wide smile greets the performers during these nights, they will certainly conjure her mercurial spirit — as they reach for her high notes.