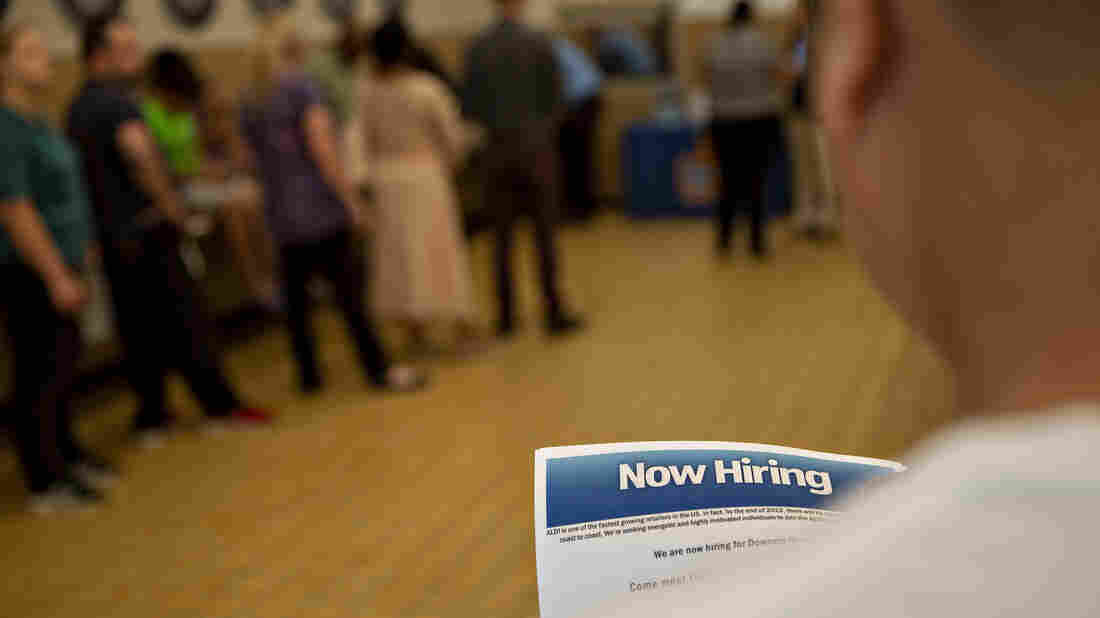 The U.S. has added jobs in every month for nearly eight years. Here, a job seeker holds an employment flyer during a hiring event at an Aldi Supermarket in Darien, Ill., in July. Daniel Acker/Bloomberg via Getty Images hide caption 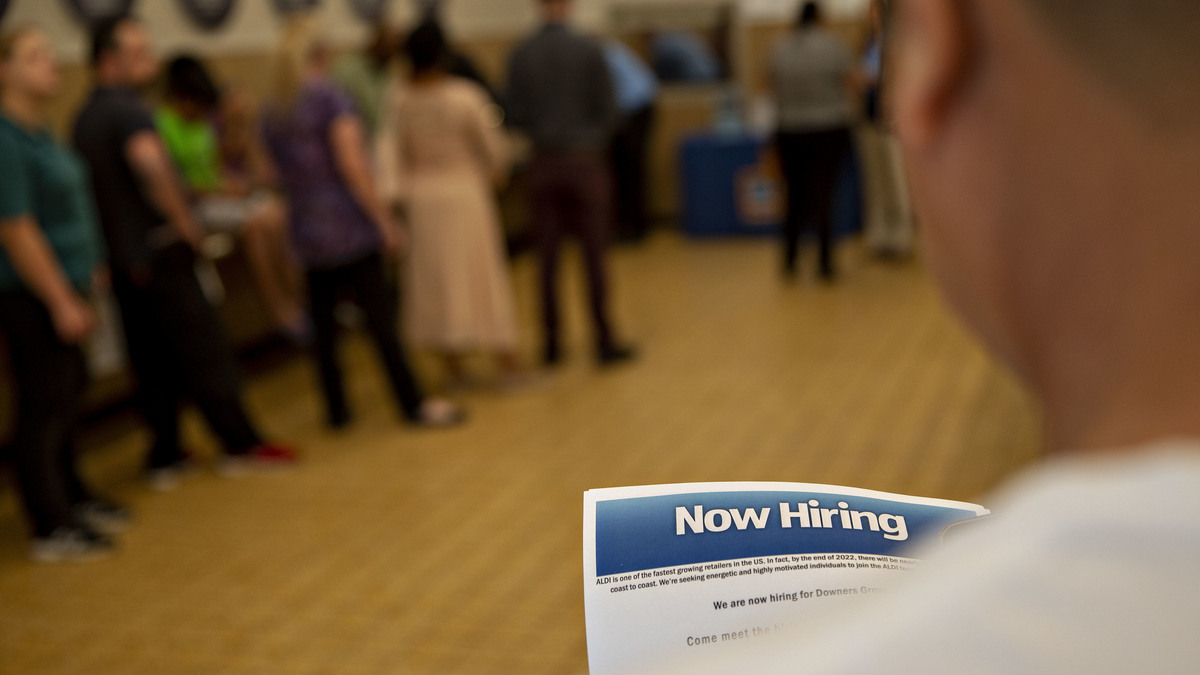 The U.S. has added jobs in every month for nearly eight years. Here, a job seeker holds an employment flyer during a hiring event at an Aldi Supermarket in Darien, Ill., in July.

The jobs data topped economists' estimates: Bloomberg had put the median projected gain at 191,000 jobs, while the MarketWatch median forecast stood at 200,000.

Wage growth — and more specifically the lack of vigorous pay raises — continued to be an issue in the report from the Bureau of Labor Statistics, with average hourly earnings nudging slightly upward to 2.9 percent annual growth from July's 2.7 percent.

The average hourly pay for employees on private nonfarm payrolls rose by 10 cents, to $27.16.

"Over the month, employment increased in professional and business services, health care, wholesale trade, transportation and warehousing, and mining," the BLS said.

The steady jobs report will likely keep the Federal Reserve on track to boost its key interest rate two more times this year — despite President Trump's criticism of the Fed over raising rates.

The number of "discouraged workers" — people who aren't looking for jobs because they don't believe anything is out there for them — stood at 434,000 last month, relatively unchanged from August 2017.

"The number of unemployed people, at 6.2 million, was little changed," BLS acting Commissioner William J. Wiatrowski said. Of that number, 1.3 million people have been searching for work for at least 27 weeks.

"These long-term unemployed accounted for 21.5 percent of the total unemployed," Wiatrowski said.

The unemployment picture changed little or none at all across all major demographic groups in August, the BLS said.