Accessibility links
A 55-Square-Mile Wind Farm Is Now Operating Off England's Shore The owners say it's the largest offshore wind farm in the world. Each of its 87 turbines stands more than twice as tall as the Statue of Liberty. 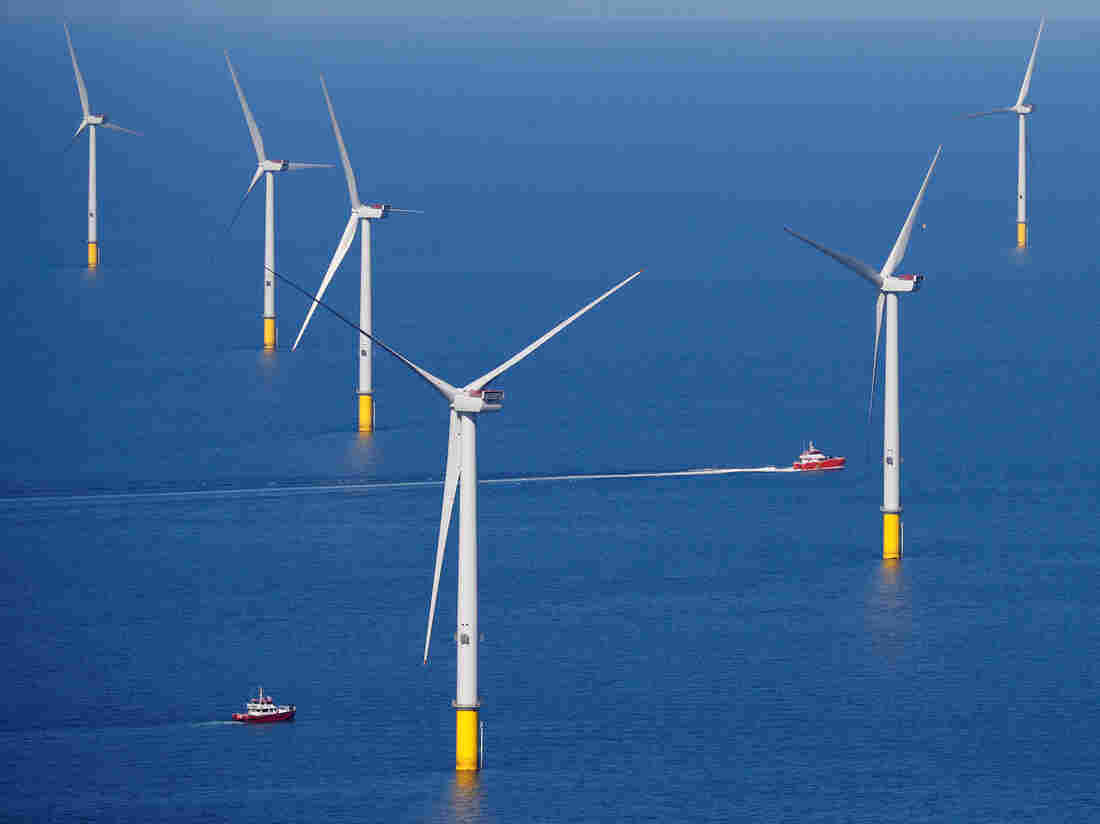 A support vessel is seen next to a massive wind turbine at the Walney Extension offshore wind farm operated by the Orsted energy company off Britain's west coast on Sept. 5. Phil Noble/Reuters hide caption 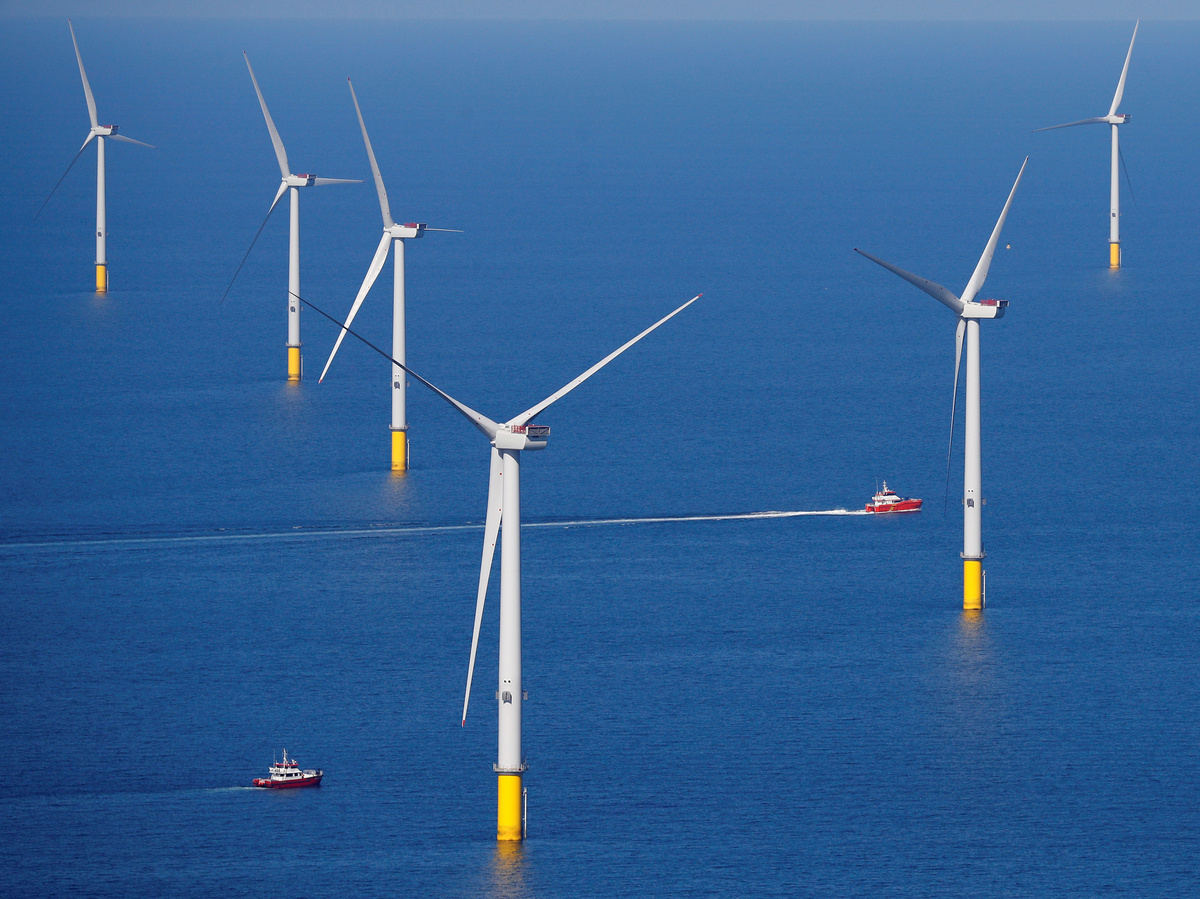 A support vessel is seen next to a massive wind turbine at the Walney Extension offshore wind farm operated by the Orsted energy company off Britain's west coast on Sept. 5.

Each of its 87 turbines stands more than twice as tall as the entire Statue of Liberty. Together, they generate enough electricity to power nearly 600,000 homes, in what's being called the largest offshore wind farm in the world, off the coast of northwestern England.

Standing in the Irish Sea, the turbines make up the new Walney Extension, a project led by Danish energy company Orsted. It officially went into service on Thursday, producing 659 megawatts of power — topping the 600 megawatts of a standard coal plant, according to the Union of Concerned Scientists.

Nearly half of the Walney Extension wind farm is made up of massive turbines from MHI Vestas, each producing 8.25 megawatts. Those turbines stand 640 feet above mean sea level. The rest of the installation is composed of slightly smaller 7-megawatt models from Siemens, standing at about 615 feet.

The Walney Extension, which was built next to two existing wind farms, is nearly 12 miles west of the Walney Island coast, north of Blackpool, England.

According to the industry group Global Wind Energy Council, the U.K. led the world in offshore wind capacity in 2017, with nearly 7,000 megawatts of energy production. Germany and China held the Nos. 2 and 3 spots, respectively.

Fishermen Fear Damage From Wind Farms Along The Eastern Seaboard

In the U.S., the first offshore wind farm was inaugurated in December 2016 when the 30-megawatt Block Island Wind Farm off of Rhode Island went into operation with five turbines. Other offshore wind farm projects are in the works, off the coasts of New York, Virginia and other states.

If Orsted's name seems unfamiliar, that may be because it's relatively new. Up until last year, the company was known as DONG Energy — short for Danish Oil and Natural Gas. The company, which now dedicates itself to renewable energy, is named for Danish scientist Hans Christian Orsted, who is credited with discovering that electricity and magnetism are related.