Accessibility links
New Cuts In Medical Aid To Palestinians By Trump Administration President Trump said he's trying to pressure the Palestinians into negotiating a peace deal with Israel. The aid had covered critical care for Palestinians at Jerusalem hospitals. 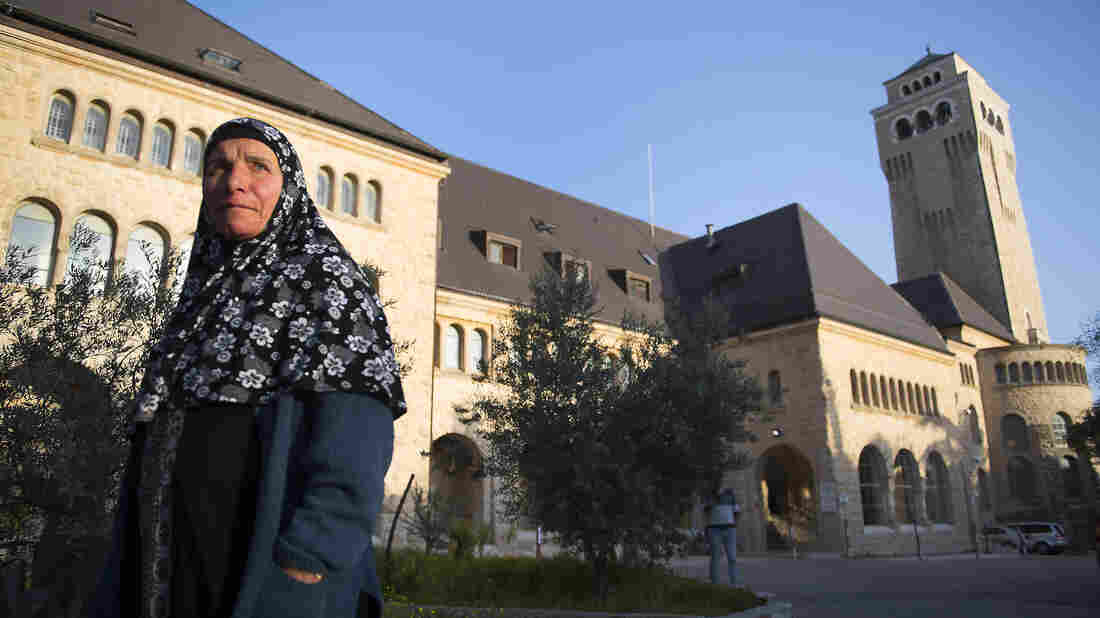 Augusta Victoria Hospital in Jerusalem, seen in 2017, is one of the facilities expected to be affected by a cut in U.S. aid to Palestinians. Linda Davidson/The Washington Post/Getty Images hide caption 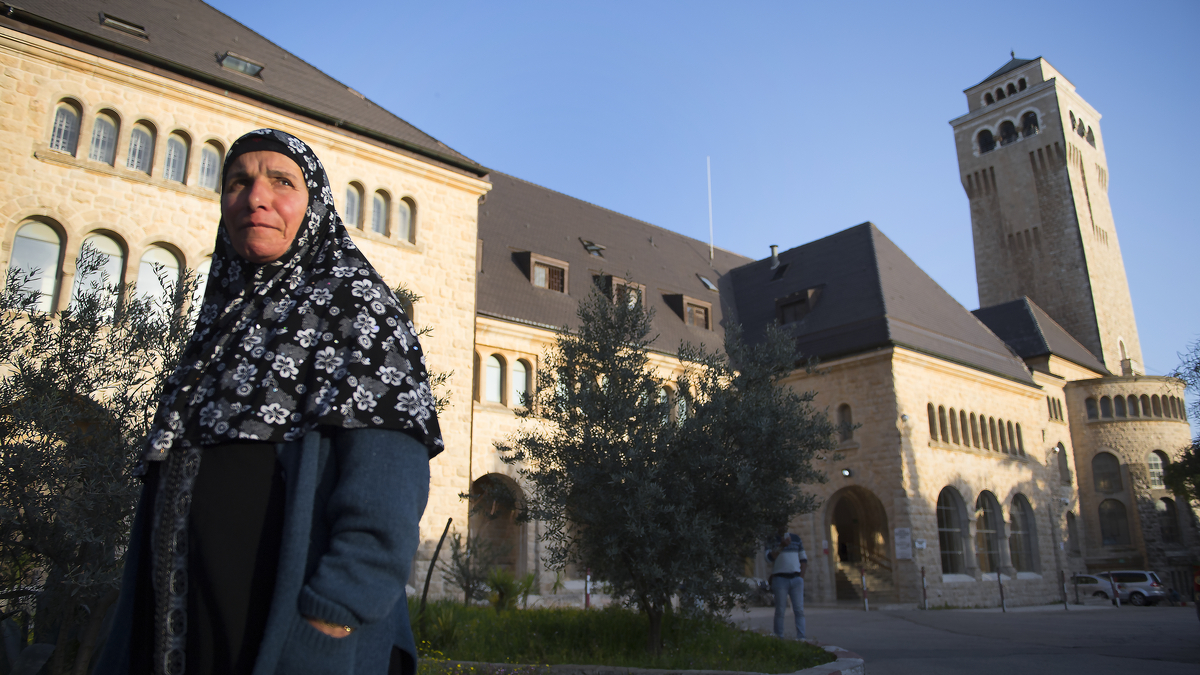 Augusta Victoria Hospital in Jerusalem, seen in 2017, is one of the facilities expected to be affected by a cut in U.S. aid to Palestinians.

The Trump administration has announced further cuts in aid to the Palestinians — this time, cutting money to cover cancer treatments and other critical care for Palestinians at Jerusalem hospitals.

A State Department official told NPR the administration is pulling $25 million it had planned to give to the East Jerusalem Hospital Network, a group of six hospitals, some church-run, providing care primarily to Palestinians.

In past years, U.S. funding covered medical costs for Palestinians to go to these hospitals for treatment unavailable in the West Bank and Gaza — from cardiac and eye surgeries to neonatal intensive care and children's dialysis, according to the World Health Organization.

President Trump said he's cut aid for the Palestinians to pressure them on a peace deal with Israel.

"This is not surprising at all. Let America know that all these acts will not change our position toward our cause one bit. On the contrary, it consolidates our positions toward every issue, including Jerusalem," said Adnan Husseini, Palestinian Authority minister for Jerusalem affairs.

Dave Harden, a former senior U.S. official overseeing aid to the Palestinians under the Obama administration, called the funding cut "particularly vindictive." He warned it could "cause the collapse" of hospitals including Augusta Victoria Hospital, run by the Lutheran World Federation, and St. John Eye Hospital.

These East Jerusalem hospitals had recently been given preferential treatment by the U.S. — as one of the few projects the U.S. had exempted from the Taylor Force Act, a new law limiting aid to the Palestinians to protest Palestinian stipends to prisoners convicted of attacks in Israel.

This is the third Friday in a row that U.S. officials have unveiled Palestinian funding cuts.

The money for East Jerusalem hospitals was one of the last batches of aid to the Palestinians the administration had been considering whether to release. Harden, the former U.S. official, said he received word about the funding cut from Trump administration officials. The State Department said the funding cut was imposed Thursday without announcement.

The State Department official told NPR that aid for Palestinians — as well as for Syria and Pakistan — is being redirected to other "priorities" including "programs in the Middle East, Africa, South and East Asia that counter the threat of ISIS; assistance to counter the WMD proliferation threats caused by Syria, Iran, and DPRK; assistance to help Bangladesh manage the influx of Rohingya refugees; support to help Colombia and other countries in the region manage the influx of migrants from Venezuela; and support for Afghanistan in furtherance of the President's South Asia strategy."

In a phone call with U.S. Jewish community leaders and rabbis Thursday ahead of the Jewish new year, Trump said he's "stopped massive amounts of money" to the Palestinians, whom he has accused of showing disrespect to the U.S.

Trump is seeking to broker an Israeli-Palestinian peace deal. But the Palestinian Authority cut ties with the administration after Trump recognized Jerusalem as Israel's capital. Palestinians also have claims in the city.

The Palestinian Authority cut ties with the administration after Trump recognized Jerusalem as Israel's capital. Palestinians also have claims in the city.

"The United States was paying them tremendous amounts of money," Trump said, according to a White House transcript of the call. "And I'd say, you'll get money, but we're not paying you until we make a deal. If we don't make a deal, we're not paying. And that's going to have a little impact.