Accessibility links
Brazilian Candidate, Recovering From Stabbing, May Be Gaining An Advantage Jair Bolsonaro was attacked while campaigning on Thursday. Experts say the hardliner may see his lead increase through television exposure and candidates who are pulling back attack ads.

Brazilian Candidate, Recovering From Stabbing, May Be Gaining An Advantage

Brazilian Candidate, Recovering From Stabbing, May Be Gaining An Advantage 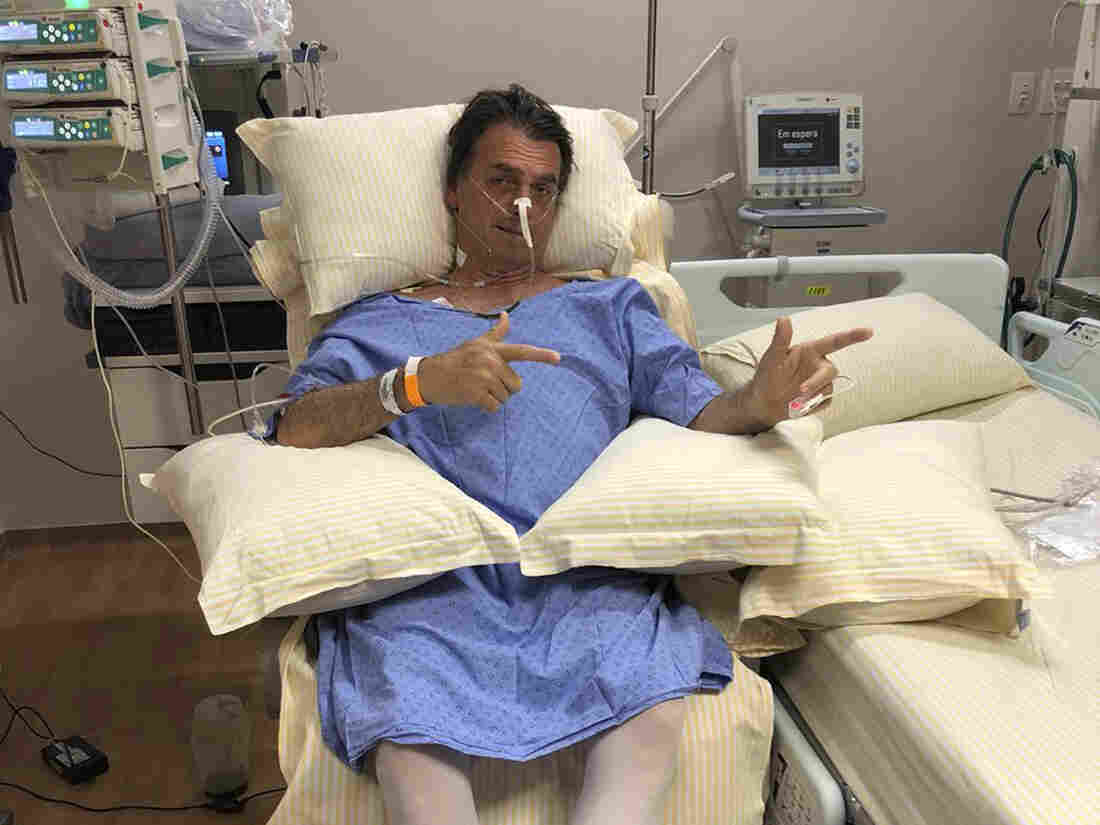 Brazilian presidential candidate Jair Bolsonaro recovers in a hospital room at the Albert Einstein Hospital, in Sao Pauloon Saturday. He was stabbed on Thursday during a campaign rally. Flavio Bolsonaro/AP hide caption 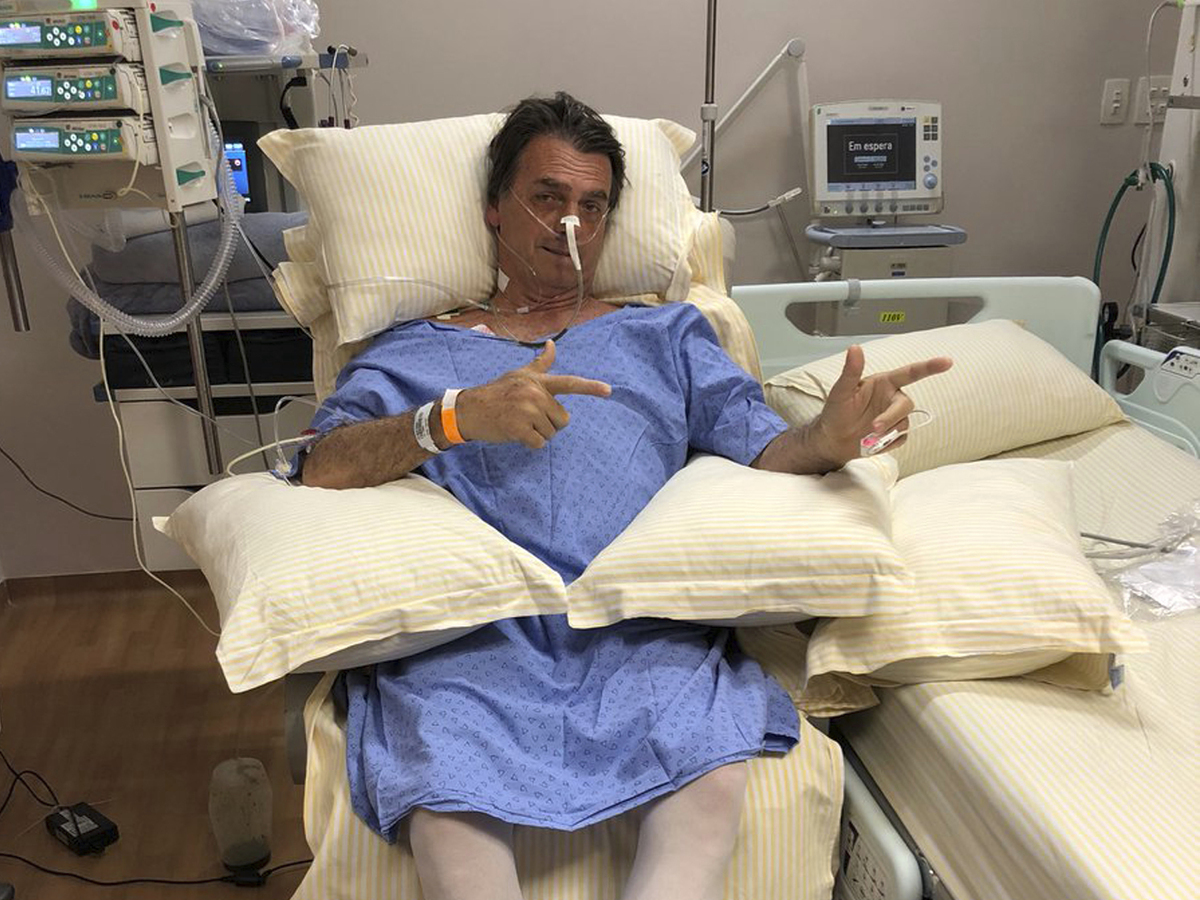 Brazilian presidential candidate Jair Bolsonaro recovers in a hospital room at the Albert Einstein Hospital, in Sao Pauloon Saturday. He was stabbed on Thursday during a campaign rally.

The frontrunner in Brazil's presidential election is recovering from a knife attack at a campaign rally, much to the relief of voters who support his far-right vision for the country.

Jair Bolsonaro, 63, was stabbed in the stomach on Thursday while campaigning in Juiz de Fora, a city in southeast Brazil.

Doctors said he suffered intestinal damage and serious internal bleeding, undergoing a two-hour operation. He was transferred from a local hospital to Albert Einstein Hospital in São Paulo. The candidate is now stable and in "good clinical condition," according to doctors.

Flavio Bolsonaro, a son of his who is running for a seat in the Brazilian senate, tweeted a photo of his father in recovery on Saturday: resting in a chair, wearing a hospital gown and making a "guns up" pose with his hands – reflecting his hardline stance on law and order.

The candidate's son said his father lost so much blood that he almost died. In a video message, the son asked people to gather at Copacabana beach on Sunday. "It's our obligation to show that Brazil is with Bolsonaro," he said.

The presidential candidate himself tweeted Saturday afternoon about corruption and freedom, telling followers, "The moment unites and strengthens us. We are in good hands."

A retired army captain, Bolsonaro is leading in the polls, but he has faced condemnation for remarks that his critics have assailed as racist, homophobic and sexist — such as a comment to a congresswoman in 2003 that she did not deserve to be raped by him. Some observers see his rise as akin to President Trump's – and like Trump, he has called mainstream media "fake news."

At the rally, followers attacked the assailant before police were able to take him into custody. Officers identified him as 40-year-old Adelio Obispo de Oliveira. He reportedly told investigators he was acting on the orders of God.

Both supporters and critics denounced the stabbing and already, Bolsonaro's rivals have pulled back their attacks of him in the media. Some observers have said the attack will extend Bolsonaro's lead as the October elections draw nearer – even if he cannot resume campaigning before polls open.

"This plays straight into his message: the security issues, the violence and the need to address those issues," Monica de Bolle, the director of Latin American Studies at Johns Hopkins University, told The New York Times. "There are still a lot of undecided voters. It might be that a number of them now say 'Bolsonaro is our guy.'"

The coverage of the attack has also increased his presence on national television. Oliver Stuenkel, a professor of international relations in São Paulo, wrote in a tweet that the assassination attempt "increases his chances to make it into the 2nd round. Frequent updates on his health status will give him visibility on primetime TV. Adversaries won't be able to attack him as easily as before."

Authorities have already banned his biggest rival, former President Luiz Inácio Lula da Silva, from running in the election. He is serving time in prison for corruption but denies wrongdoing.