Accessibility links
Activist DeRay McKesson On Why He's Making 'The Case For Hope' In his new book, On the Other Side of Freedom: The Case for Hope, activist and author Deray McKesson tells his personal story and shares his thinking about activism. 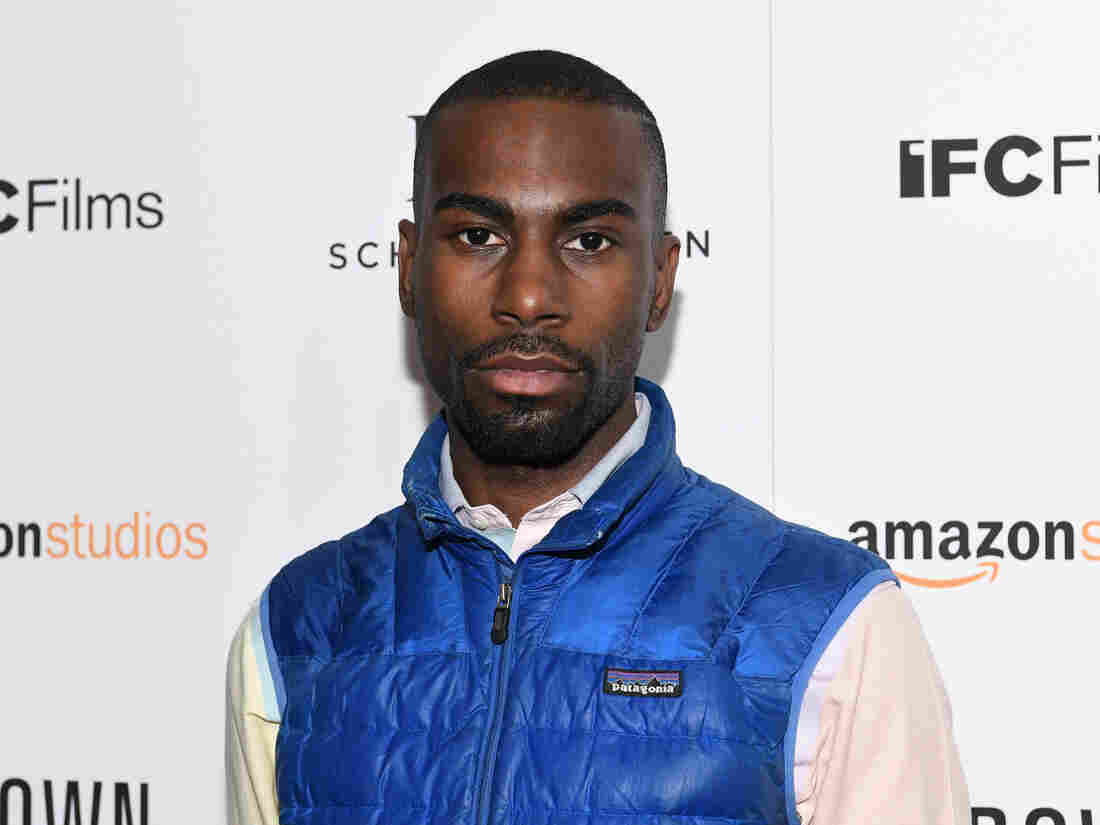 Since 2014, DeRay McKesson has become a leading voice in the Black Lives Matter movement, an unsuccessful candidate for mayor in his hometown of Baltimore, a podcast host, and now he's written a new book, On the Other Side of Freedom: The Case for Hope, that tells his personal story along with his current thinking about activism. Dia Dipasupil/Getty Images hide caption 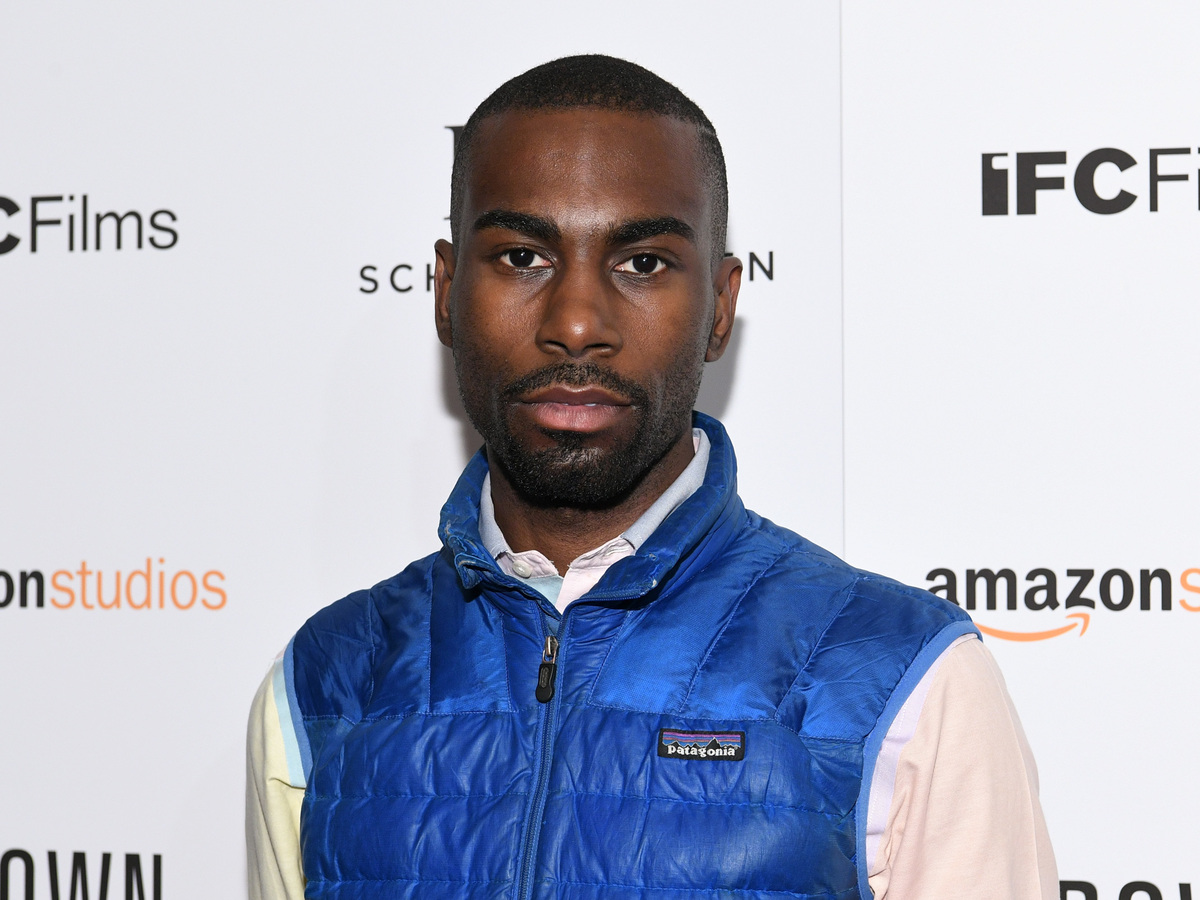 Since 2014, DeRay McKesson has become a leading voice in the Black Lives Matter movement, an unsuccessful candidate for mayor in his hometown of Baltimore, a podcast host, and now he's written a new book, On the Other Side of Freedom: The Case for Hope, that tells his personal story along with his current thinking about activism.

Both became synonymous with the protest movement that developed in the wake of the killing of Michael Brown in Ferguson, Mo., in 2014.

Since then, Mckesson has become a leading voice in the Black Lives Matter movement, an unsuccessful candidate for mayor in his hometown of Baltimore, a podcast host, and now he's written a new book that tells his personal story along with his current thinking about activism. It's called On the Other Side of Freedom: The Case for Hope.

Mckesson spoke with All Things Considered host Michel Martin about his journey into activism, how he presents his work and why he still has hope for the future.

On why he traveled to Ferguson after Michael Brown's death

Mike Brown got killed on August 9th and I used to be a teacher — I worked in public education. I saw that a teenager got killed and I was like, "I'm not doing anything this weekend, the least I can do is go see it with my owns eyes." I get down there in Ferguson on the 16th. We were in the street for 400 days. People forget that it was a leave at a standstill in August, September and October of 2014, that if we stood still for more than five seconds we were arrested. It was wild. I will never forget those moments. It's one of the reasons why I continue to wear this vest. It reminds me that those things happened and that was real.

On what made him move to Ferguson

I was going through this period where I felt like people gave these great speeches and didn't follow it up with action. I would be in these rooms of educators and people would be like, "Kids are the most amazing," and you look at the practices and you're like, I don't know if you actually believe in kids the way you say you do. I give a lot of lip service to living the commitment, the least I can do, the bare minimum, is to go down on Saturday and Sunday. When I got there I was like all the other stuff doesn't matter.

When I got into the street, it was the first time that I had seen so many people committed to working this way and I realized that I had a platform and that people were listening to me in the protest. I was like, I gotta figure out how to use it for good, and the rest, I guess, is history.

On why he chose to share personal stories in the book

We have to start talking about all of who we are because all of who we are shows up in the work that we do. So in that chapter on my mom, I know that I struggle with ideas of worth and memory and that is deeply rooted in her.

I know that I'm a gay black man every time I come into a space, and what does that mean to be in movement spaces or other spaces where people are homophobic, but like me. I wanted to write about that. I didn't know how to write a book about justice or about where we've been and where we go without also saying here's who I am in those ways. I try to do it in a way that says, "Here's who I am and here's what I think that means and here's the lesson I've learned."

On why there needs to be a case made for hope

There's a pessimism that I think has arisen in this moment where people are like, "We're doomed." There's a doomsday sort of scenario, and I get it cause of what's happening in the White House and the other places can lead to that, but when I think about why people are out in the street and why people are running for office, that is hope work to me.

Like I say in the book, hope is this belief that our tomorrow can be better than our today. When Martin Luther King, Jr. says that the arc of the moral universe bends toward justice, that's about faith. But when we say the arc bends because people bend it, that's about hope.

The first sentence of that essay is, "I learned hope the hard way." I learned hope by being dragged out of the police department by my ankles and being shot down with rubber bullets and things like that. I had to ask myself: "Why am I still on the street? Why am I still committed to this work?"

On how he presents concepts in a straightforward manner

Polarization thrives in a context where everything is a version of the extremes, and what I believe fervently is that the stuff we're fighting for isn't extreme. We can live in a world where the police don't kill people. That to me seems pretty simple, I don't need to shout that. I was on a panel once with a police officer and she said to me, "You know DeRay, there's a lot of people in the world who do bad things, are you saying the police should never kill somebody?" And I say, "Tell me when the police should kill somebody you love," and she's like, "I don't know." And I don't know either. It is sort of putting people in a situation where we realize that some of this stuff doesn't have to be the most complicated thing.

Mass Shootings Spur Movements, But Gun Violence Is Constant For Some Americans

On how he would represent police if ever elected to office

On what keeps him hopeful

I meet so many people every day who, for the first time, have found their power. ... What I've seen all across the country — I've been in streets, I've been in jails, I've been in communities — trying to help people unlock their gift that they're going to keep long after I see them or anyone else, and when they do it, that's when you know that you're getting people ready to do the work to change the world.