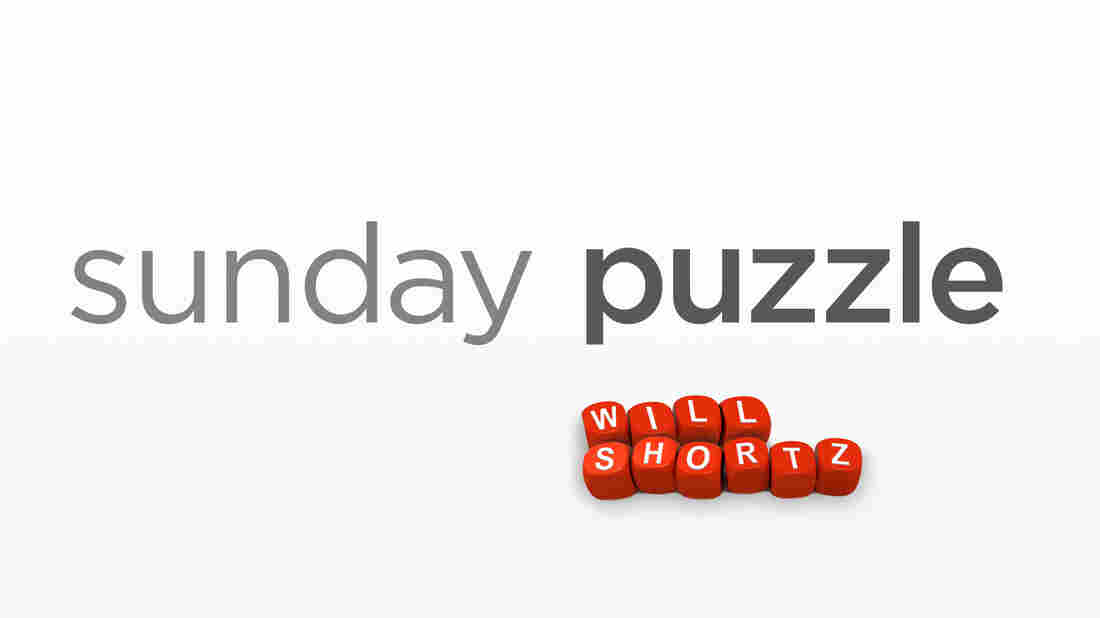 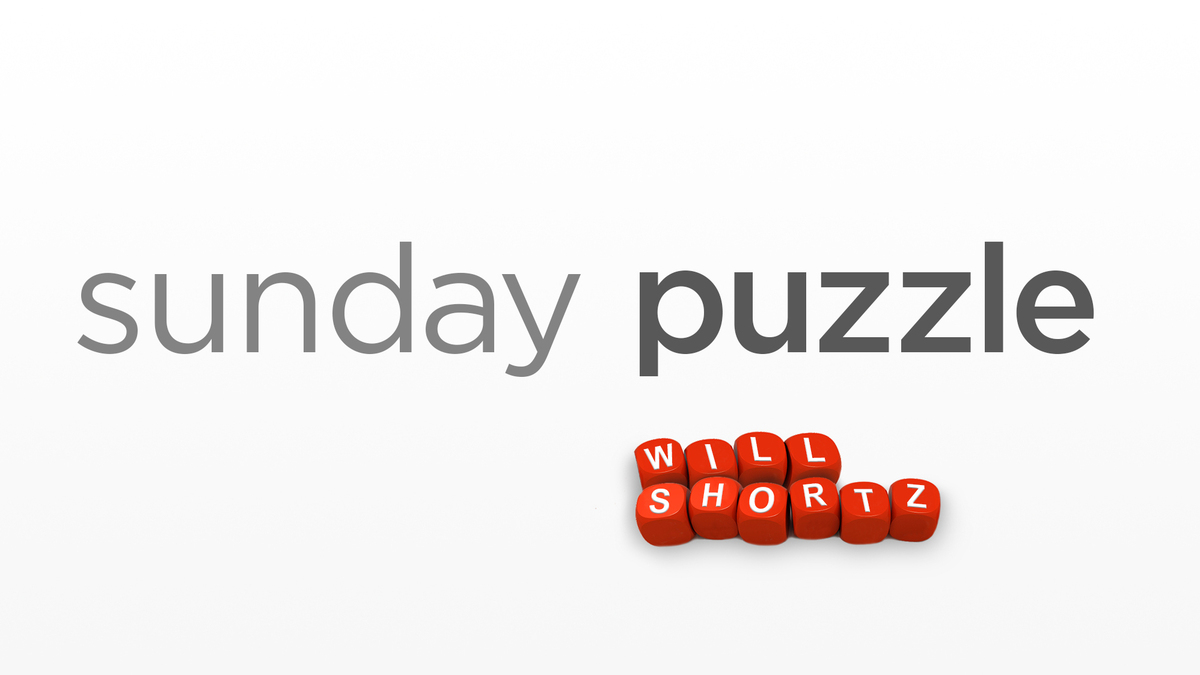 On-air challenge: I'm going to give you two words that rhyme. Each word has one syllable. You tell me another one-syllable word that rhymes with my two and that fits between my two words alphabetically.

Next week's challenge: This challenge comes from listener Bruce Campbell of Kansas City, Mo. Think of two well-known companies — one in five letters, the other in four letters. Write the names one after the other. The result, when spaced differently, will name a well-known geographical location in the U.S. (in two words). What is it?

If you know the answer to next week's challenge, submit it here. Listeners who submit correct answers win a chance to play the on-air puzzle. Important: Include a phone number where we can reach you by Thursday, Sept. 13 at 3 p.m. ET.